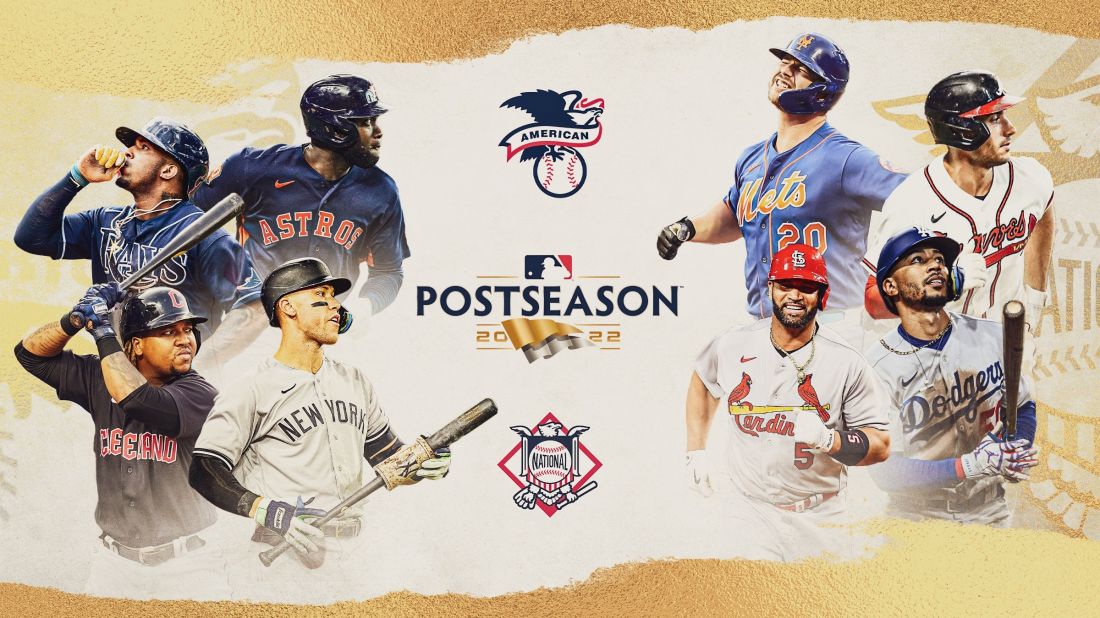 October is almost upon us, and the final bell is tolling for Major League Baseball’s playoff hopefuls. As part of the Collective Bargaining Agreement that ended the MLB lockout, the 2022 postseason has been expanded. An additional Wild Card has been added to each league, thereby expanding the playoff field from 10 to 12 total teams. The American League (AL) and National League (NL) will each have three division winners and three Wild Card teams in this fresh bracket-style format.

The single-elimination Wild Card Game has been quashed in favor of a best-of-three Wild Card Series. The Nos. 1 and 2 seed in each league gets a bye, having earned a free pass into the Division Series. The remaining four teams will slug it out in the newly hatched three-game Wild Card Series. From the Division Series onward, the MLB postseason will have the look of that familiar friend we see every Autumn.

Atlanta to Repeat? The Rocky Road to the World Series Runs Through Los Angeles

In the last Fall Classic, the Atlanta Braves ultimately vanquished the Houston Astros, winning the World Series in six games. The reigning champion Braves have clinched a playoff berth and are currently in a dog fight with the New York Mets for the NL East crown. Both clubs have been playing very well over their previous 10 games, and the pennant race is extremely tight. The stakes couldn’t be higher, either. Whichever team wins the NL East will receive a first-round bye, along with the Los Angeles Dodgers.

L.A. wrapped up the NL West long ago, and have clinched home-field advantage at least through the NLCS along the way. Currently boasting the best record in baseball, the Dodgers (+350) are favored to win the World Series. L.A. has scored more runs than any other team in MLB, while allowing less runs than any other squad. As of this writing, the Dodgers have a +322 run differential, which is leaps and bounds above every other team in baseball.

It will be tough, even for stacked squads like the Mets and Braves, to defeat this elite Dodgers team in a long series at home. The three-headed monster of Mookie Betts, Freddie Freeman, and Trea Turner drive a highly productive offense, and L.A.’s sensational starting pitching tows the line. Clayton Kershaw and Julio Urias represent the pinnacle of L.A.’s homegrown pitching talent, and they are equally formidable.

Dark-Horse Cardinals Can Surprise In Postseason

The NL Central belongs to the St. Louis Cardinals, riding high on the return of Albert Pujols, who recently belted the 700th home run of his career. This group can be dangerous, and might surprise all of the people who are already counting them out.

Seasoned, gritty fixtures like Pujols, C Yadier Molina, and SP Adam Wainwright cannot be overlooked. This is especially true when complimented with Paul Goldschmidt and Nolan Arenado, who are having spectacular offensive seasons. The Cards are for real.

The Houston Astros (+425) have clinched the AL West, and are currently favored to face the Dodgers in the World Series. The Astros are slight favorites over the surging New York Yankees (+500) to win the AL Pennant. Houston would love to avenge its loss against Atlanta in the World Series last season, and is closing the season out strong.

At age 39, Justin Verlander is like a flamethrowing vampire. Verlander is 17-4 with a 1.82 ERA with 167 strikeouts and a 0.84 WHIP. “The Monarch” is evolving into the MLB version of Tom Brady, and he doesn’t really seem close to calling it quits.

The Yankees are out for blood as well, searching for their first World Series championship since 2009. While fans everywhere snap photos and shoot videos on their phones, trying to capture Aaron Judge’s record-tying 61st home run, the Bronx Bombers are stealthily preparing for postseason war.

Twice Judge and the Yankees have recently lost the ALCS to the Astros (2017, 2019). In 2017, NY lost a heartbreaking Game 7 to Houston, and the Astros went on to defeat the Dodgers in the World Series. In 2019, the Yankees lost to the ‘Stros in six games.

The Dodgers are too good, from top to bottom, for any other team in the NL to knock them off. Look for L.A. to waltz into the World Series, relatively unscathed. However, that is where the Dodgers will face their stiffest challenge yet, in the form of the N.Y. Yankees. New York will be forged from the fierce competitive fires of ascendancy through the AL playoff bracket, emerging seething and hungry in the Fall Classic.

A Yankees vs Dodgers World Series may well be a battle for the ages. Los Angeles would likely be favored on paper, but baseball games are not played in notebooks.