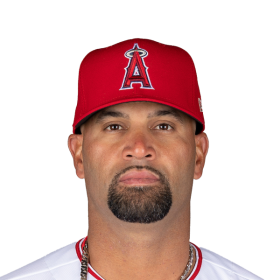 THE PUJOLS FAMILY FOUNDATION is a national not-for-profit agency that exists to honor God and strengthen families through our works, deeds and examples. Since beginning this foundation in 2005, we have sought to help those living with Down syndrome here at home and to improve the lives of the impoverished in the Dominican Republic.

For survivors of human trafficking, violence, homelessness and other forms of abuse and oppression, the thought of reintegrating into, or entering society for the first time, can be paralyzing. OGI is here to help survivors find their way. Our accredited culinary training program and life skills mentoring provides real opportunities for students to stand on their own and create a future for themselves.

Stray Rescue's sole purpose is to rescue stray animals in need of medical attention, restore them to health, and place them in loving adoptive homes.

Nicknamed "The Machine", he played in MLB for the St. Louis Cardinals for 11 seasons and the Los Angeles Angels for 10 seasons. With t...

After one season of college baseball, he was selected by the Cardinals in the 13th round of the 1999 MLB draft. As a rookie for the Cardinals in 2001, he was unanimously voted the NL Rookie of the Year. Pujols played consistently for the Cardinals, contributing to two World Series championships in 2006 and 2011. After the 2011 season, Pujols became a free agent and signed a 10-year contract with the Angels.

Pujols was, at the height of his career, a highly regarded hitter who showed a "combination of contact hitting ability, patience, and raw power." He is a six-time Silver Slugger who has twice led the NL in home runs, and he has also led the NL once each in batting average, doubles, and RBIs. He is significantly above-average in career regular-season batting average (.299), walk rate (10.8 percent), and Isolated Power (.249). He holds the MLB all-time record for most times grounded into a double play (395). With 14 seasons of 100 or more RBI produced, he is one of only four players in MLB history to have topped 2,000 RBI in his career, surpassing Alex Rodriguez for third place on the official all-time list during the 2020 season. Pujols collected his 3,000th career hit in 2018, becoming the 32nd player in MLB history to do so. Pujols also became the fourth member of the 3,000-hit club to also hit 600 home runs, joining Willie Mays, Hank Aaron, and Alex Rodriguez.

On May 17, 2021, Pujols agreed to a one-year major league deal with the Los Angeles Dodgers. He made his Dodgers debut that night as the starting first baseman against the Arizona Diamondbacks. With his longtime number 5 having been assigned to Corey Seager, Pujols chose the number 55; both as nods to his two former teams, as well as the Bible. "If you know the bible," Pujols explained, "it’s the number of grace. So I feel 5-5, double grace."

On May 20, Pujols hit his first home run as a Dodger, a two-run homer off Merrill Kelly of the Arizona Diamondbacks. On July 5, Pujols singled against the Miami Marlins to become the fourth player ever to reach 6,000 total bases (joining Hank Aaron, Willie Mays, and Stan Musial). 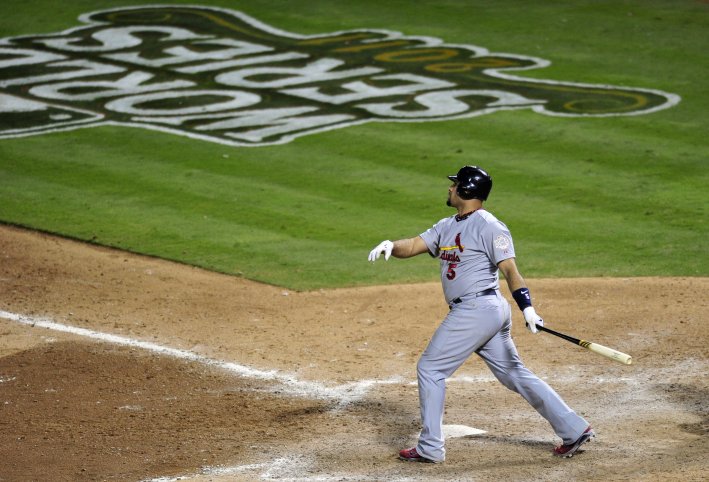 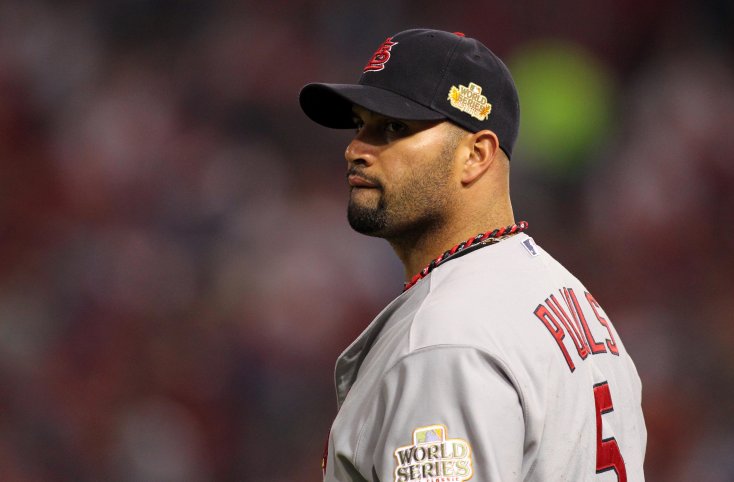 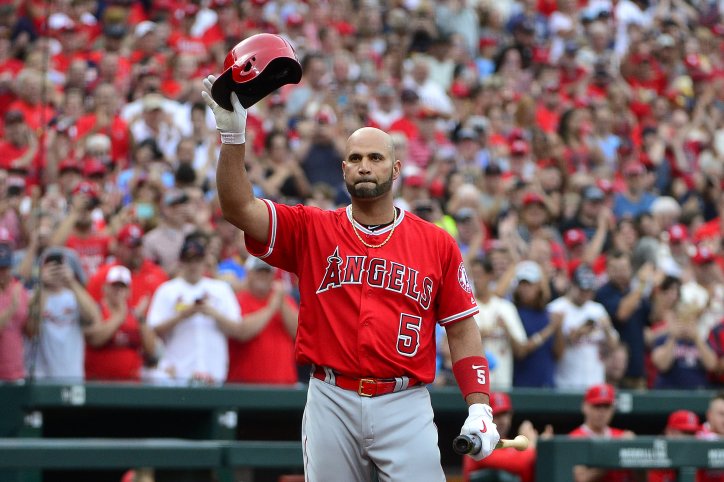 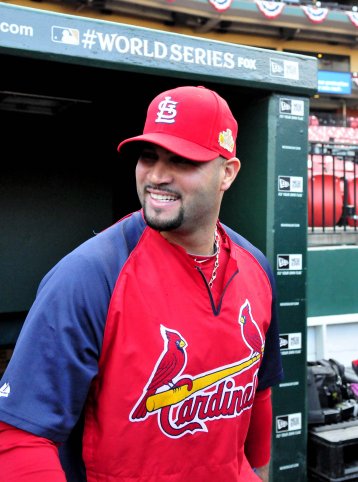 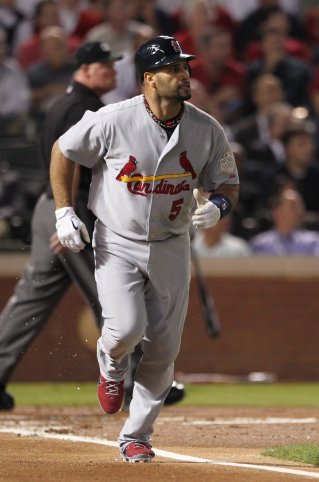 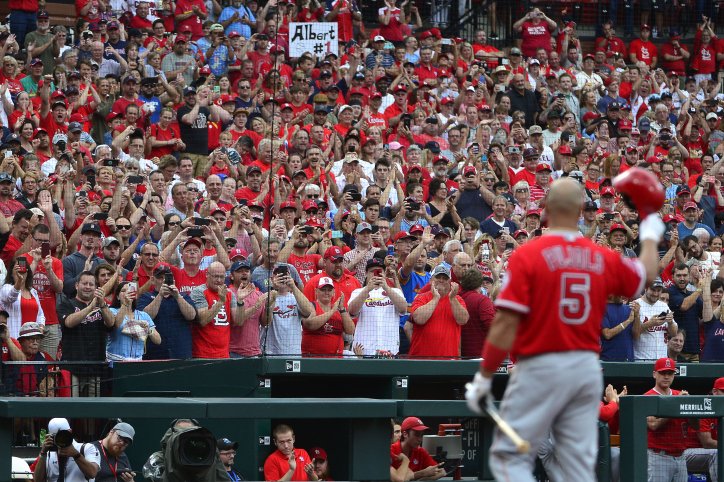 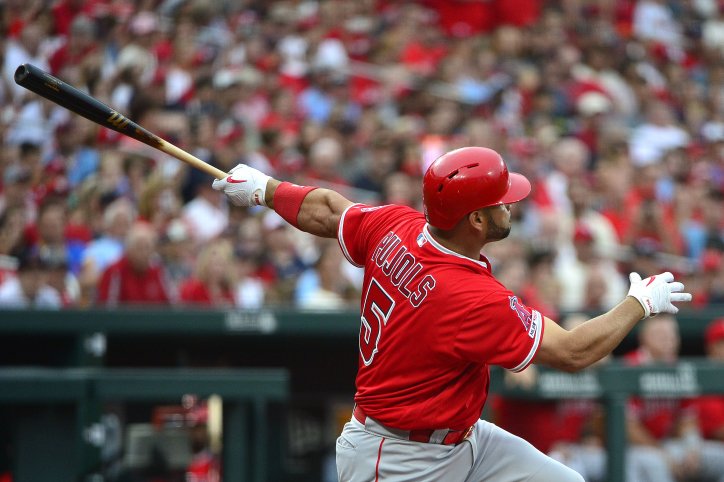 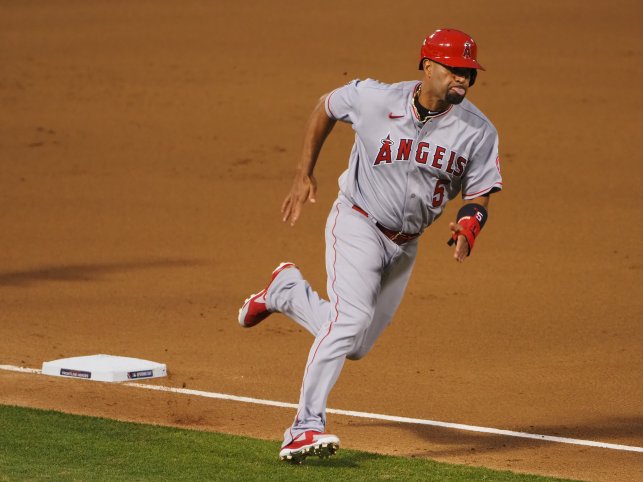 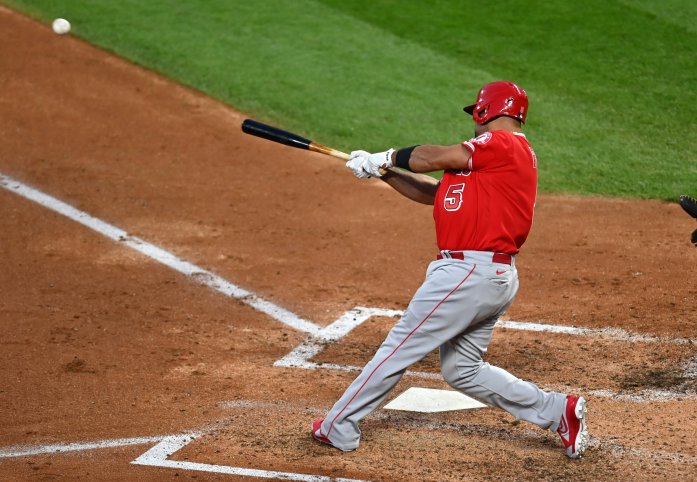 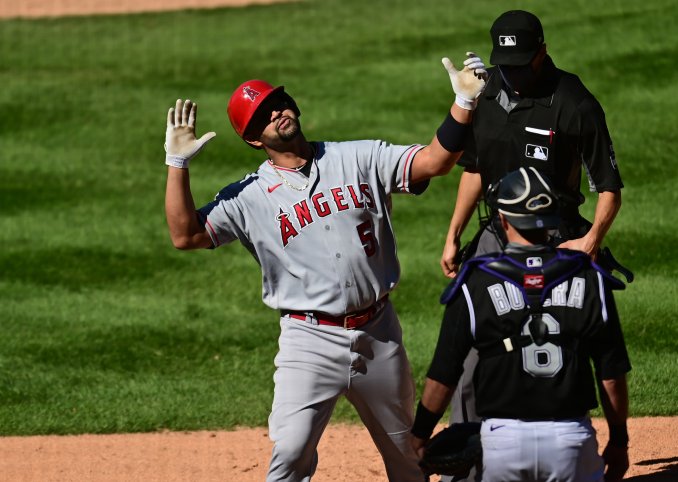 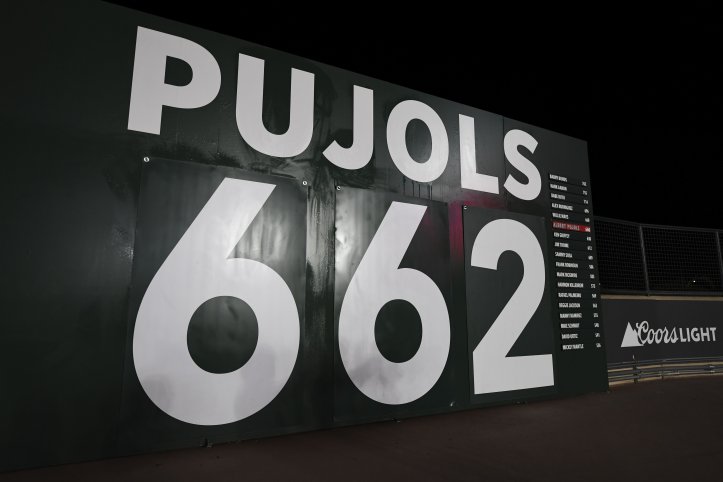 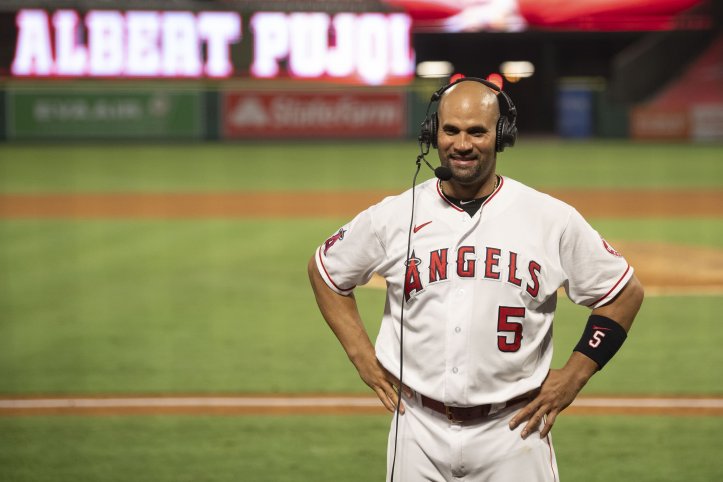 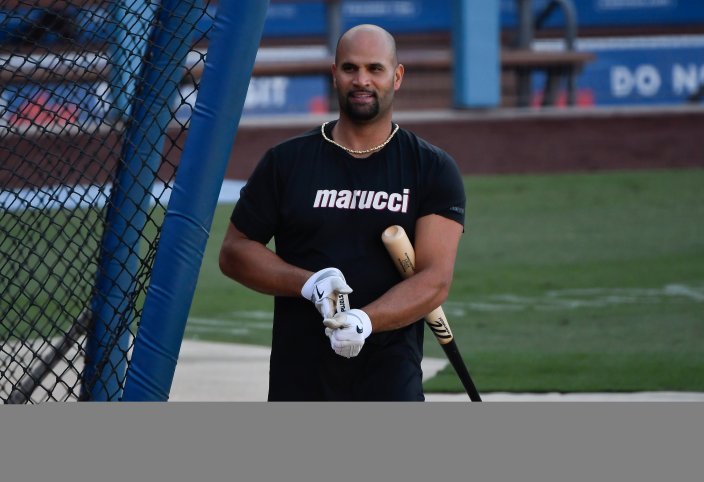 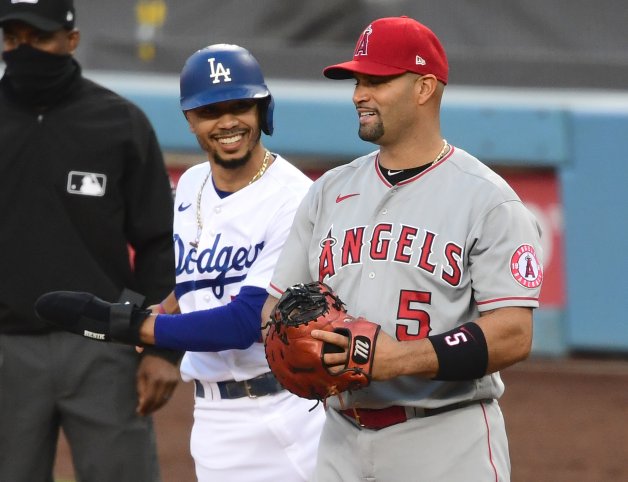 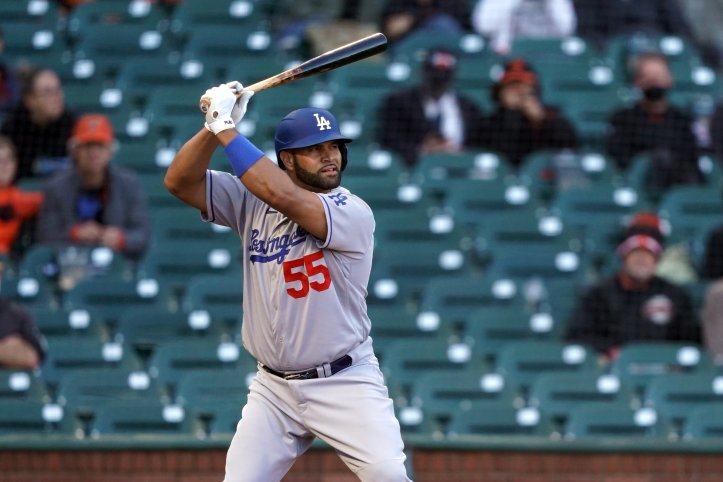 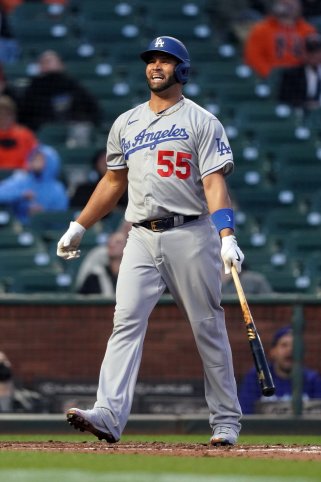 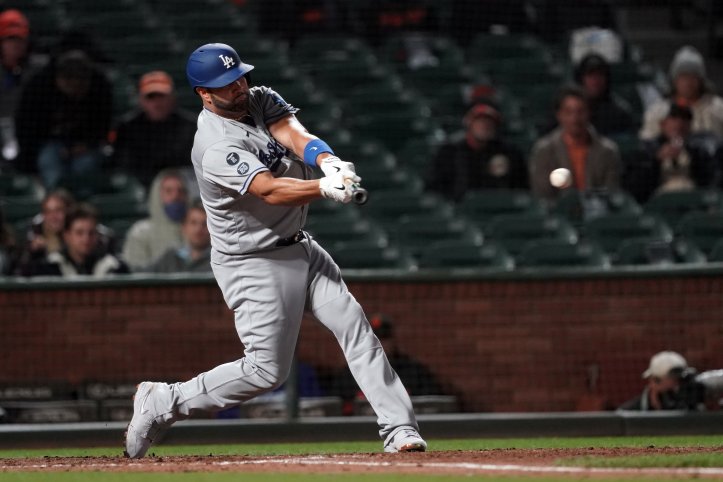 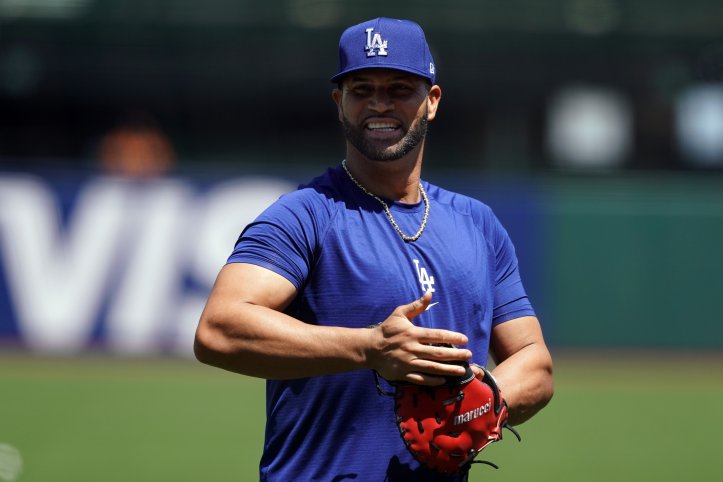 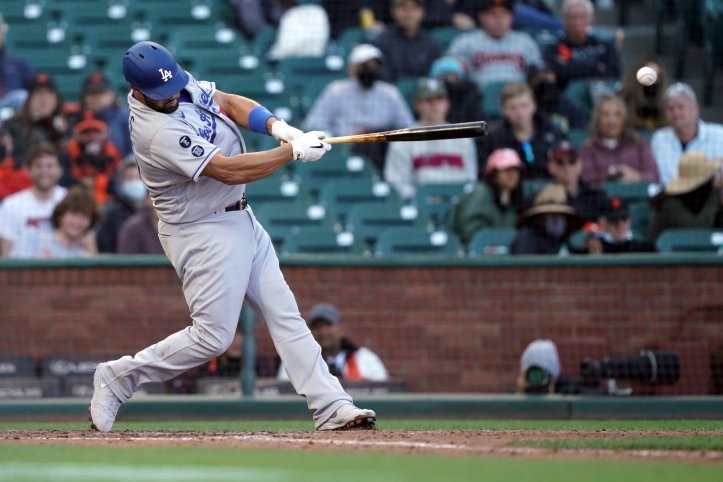