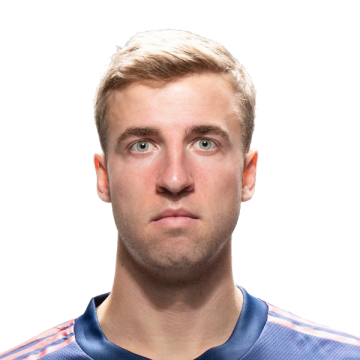 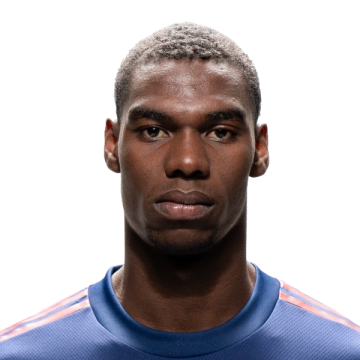 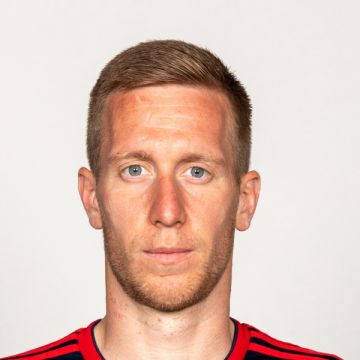 The franchise is named after the Great Chicago Fire of 1871 and was founded as the Chicago Fire Soccer Club on October 8, 1997, the event's 12...

2-0 victory against the Miami Fusion

Founded in 1997 at Navy Pier, on the anniversary of the Great Fire, the Fire immediately tapped into the diverse ethnic makeup of the city. The team brought in Polish players Piotr Nowak, Jerzy Podbrozny, and Roman Kosecki; the Mexican Jorge Campos; and the Czech Lubos Kubik. While all showed their talent while playing for Chicago that first year, American players (Zach Thornton, Chris Armas, C.J. Brown) proved most integral to the Fire's continued success. Under the club's first head coach, Bob Bradley—and against all expectation—the team completed the double in its first competitive year, beating D.C. United in the 1998 MLS Cup Final, and defeating the Columbus Crew in Chicago to win the 1998 U.S. Open Cup a week later.

The team's momentum continued, reaching the 2000 MLS Cup final (losing to Kansas City) and winning the 2000 U.S. Open Cup. Internationally experienced players such as Hristo Stoitchkov joined the Fire, while young American talents such as DaMarcus Beasley developed. The Fire quickly became cemented as one of the league's preeminent teams.

Leading up to 2010, Chicago hired Carlos de los Cobos as head coach, previously manager of El Salvador. Cuauhtémoc Blanco, Chris Rolfe and Gonzalo Segares all departed. More changes came in the summer transfer window with the trade of Justin Mapp to Philadelphia, the acquisition of Mexican international striker Nery Castillo, and the trade for former Swedish international midfielder Freddie Ljungberg. Defender Gonzalo Segares returned to the Fire, leaving Apollon Limassol after only six months away. Despite these reinforcements, the Fire failed to qualify for the playoffs for only the second time in club history. Former U.S. international Brian McBride and club original C.J. Brown retired at the season's end, followed closely by the departures of Wilman Conde, Ljungberg, and Castillo.

2011 began much in the way of 2010, with foundering performances both home and away. After nine winless matches, Carlos de los Cobos was let go on May 30, 2011. Technical Director Frank Klopas was named interim head coach. Behind summer reinforcements Pável Pardo and Sebastián Grazzini, as well as forward Dominic Oduro's 12 goals after being acquired in a trade from Houston and Dan Gargan's defensive addition, the Fire qualified for the U.S. Open Cup Final (lost at Seattle) and narrowly missed making the playoffs after gaining 24 points in their last 12 league matches. After the season's conclusion, Klopas was given the permanent manager job on November 3, 2011.

Although expectations were modest for 2012, Klopas' first full season as coach, the year saw a change in fortune for the Fire. The spring and summer months saw several new acquisitions for the club, starting with the reacquiring of Chris Rolfe from Aalborg BK. Rolfe, who scored eight goals and 12 assists in the 21 games he played in 2012, would later be named the Fire's MVP. Other signings included Brazilian midfielders Alex Monteiro de Lima from the Swiss side FC Wohlen, Alvaro Fernandez from Seattle Sounders FC, forward Sherjill MacDonald from Beerschot AC of Belgium, and veteran defender Arne Friedrich from VfL Wolfsburg. Although they would fall out of the U.S. Open tournament early that season, the Fire eventually compiled a 17–11–6 record, their best since 2000, and ranked as high as second in the Eastern Conference before ending the year in fourth place. On October 31, 2012, in their first playoff appearance since 2009, the Fire lost their first-round MLS Cup playoff match-up at home against the Houston Dynamo, 2–1.

Two days after the end of the season, October 8, the Fire officially announced they would return to Soldier Field to play the 2020 MLS season, that same day Bastian Schweinsteiger announced his retirement. Two days later, the Fire announced the signing of midfielder Álvaro Medrán, eight days later Designated Player and former Golden Boot winner Nemanja Nikolic announced he would be leaving the team.

The first full month of the off-season saw the Fire continue their overhaul. On November 4, the team traded captain Dax McCarty to expansion side Nashville SC. Ten days later Homegrown Player Grant Lillard was dealt to MLS's other expansion team Inter Miami. That same day, November 14, Chicago Fire President and general manager Nelson Rodriguez fired head coach Veljko Paunovic and his staff. News that the Chicago Fire would not be renewing the contract of their last-remaining DP, Nicolas Gaitan, as well as winger Aleksandar Katai was overshadowed by an even larger organizational unveiling one week later.

On November 21, the long-anticipated rebrand of the Chicago Fire franchise was announced. Developed with the help of marketing agency Doubleday & Cartwright, the team revealed changes to its franchise colors, red and white to red, blue, and gold, its name from Chicago Fire Soccer Club to Chicago Fire FC and, most contentiously, its logo.

While the Fire organization made their second player acquisition of the offseason in early December, homegrown player Nicholas Slonina, a relatively quiet few weeks had some followers of the team concerned about their organizational progress. However, the Fire were busy again in late December with Nelson Rodriguez relinquishing his on-field decision-making responsibilities to new Sporting Director Georg Hietz, who swiftly named former US Soccer Youth National Coach Raphael Wicky as head coach and Sebastian Pelzer as Technical Director. Heitz has previously worked with Wicky at Swiss club FC Basel and "worked closely" with Pelzer at his management consultancy business Heusler Werthmüller Heitz ("HWH").

The Fire opened the 2020 campaign with the signings of Argentinian duo Ignacio Aliseda from Defensa and Gaston Gimenez from Vélez Sarsfield, looking to bolster their squad after losing DP Nicolas Gaitan The Fire also announced the signing of Robert Beric from French outfit Saint-Étienne, who netted in his debut against the Seattle Sounders FC. 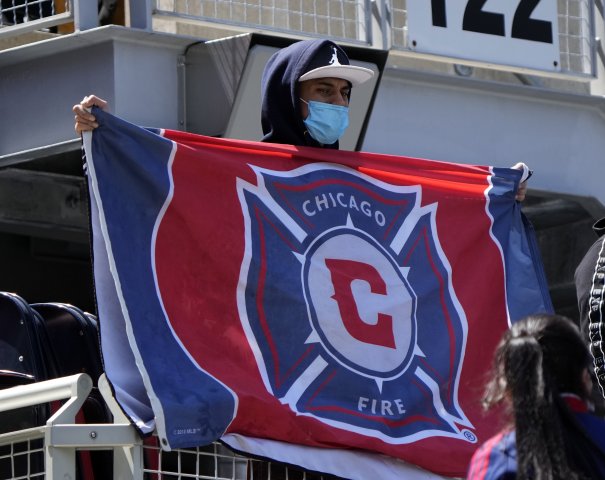 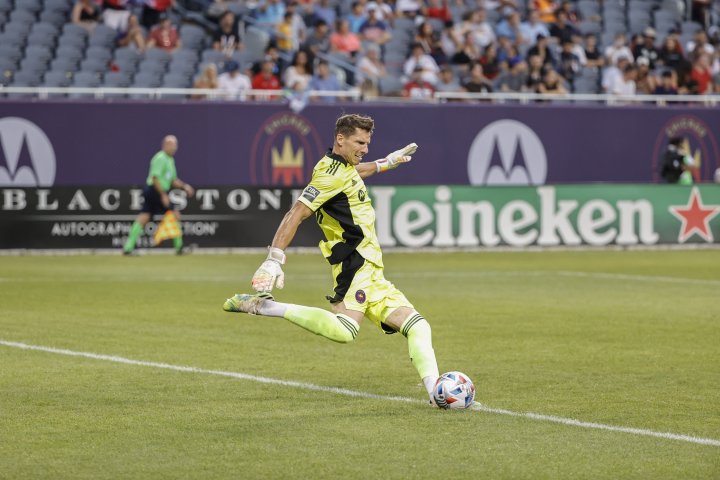 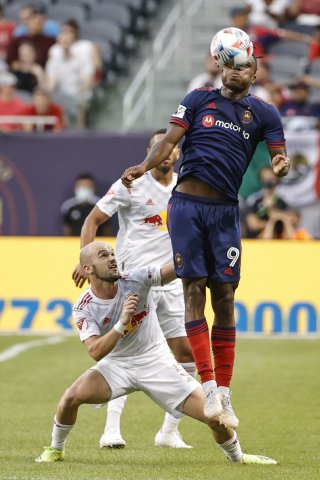 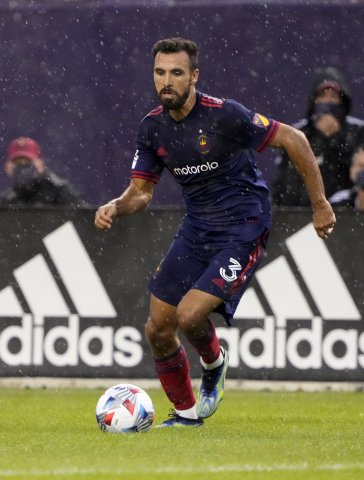 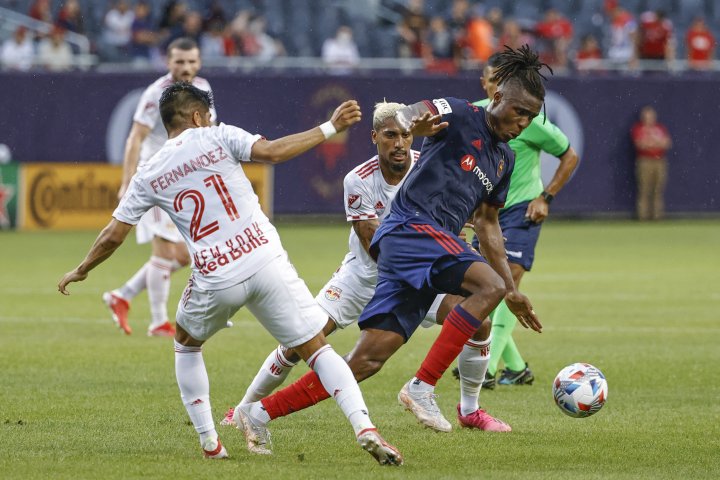 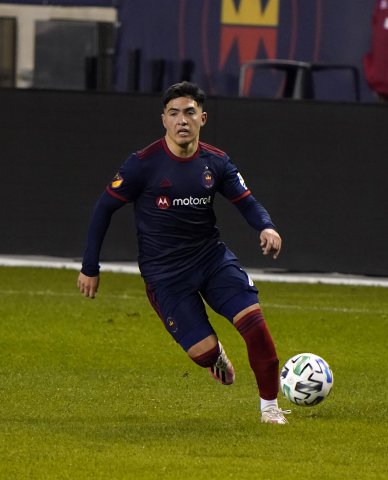 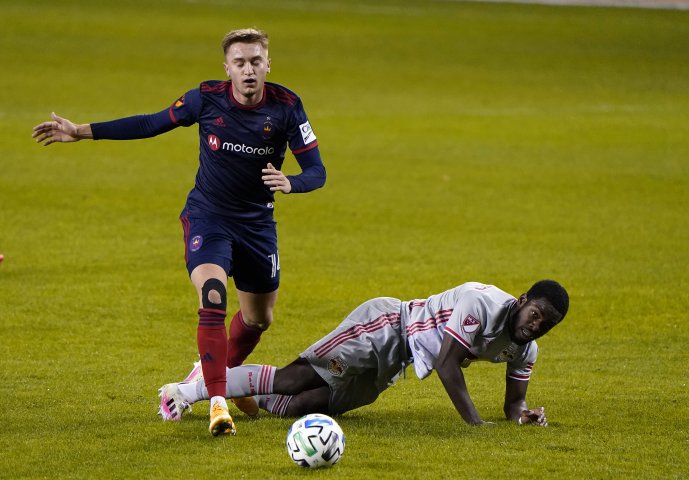 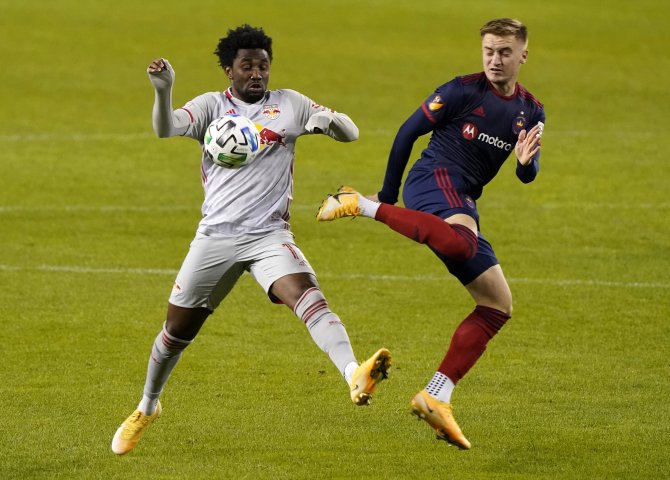 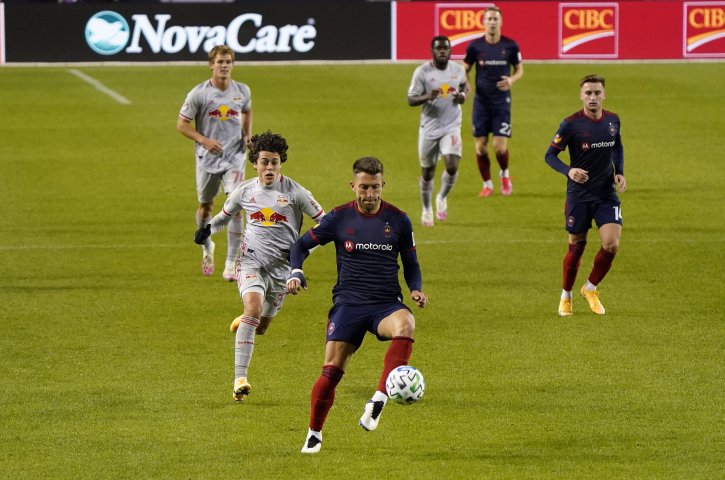 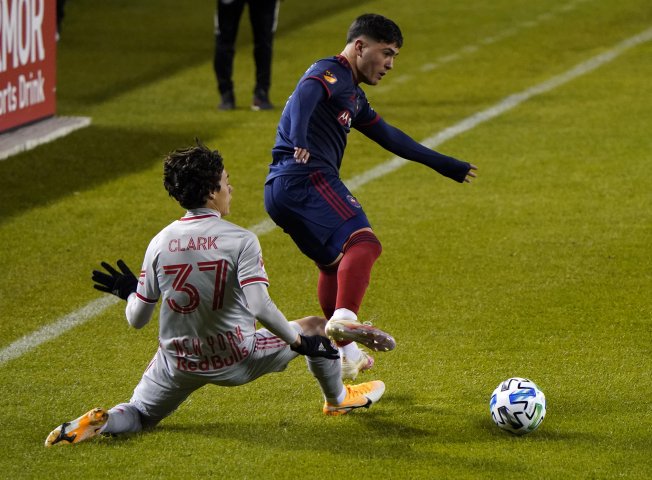 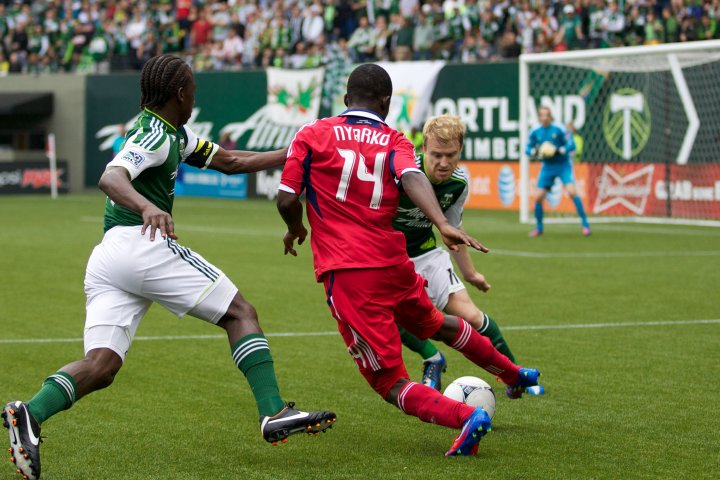 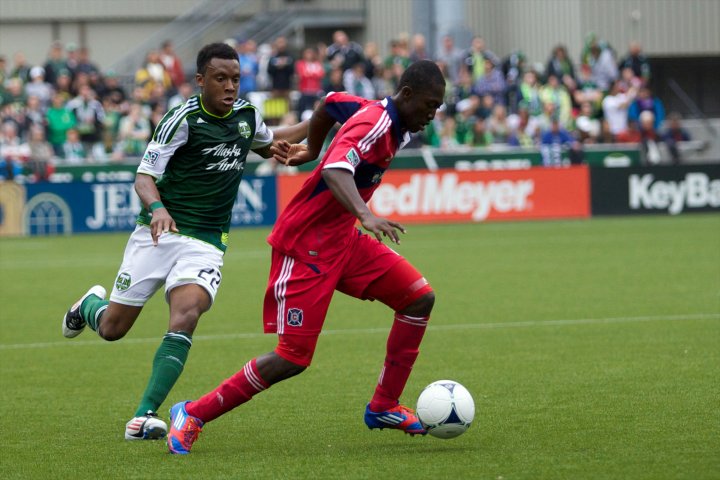 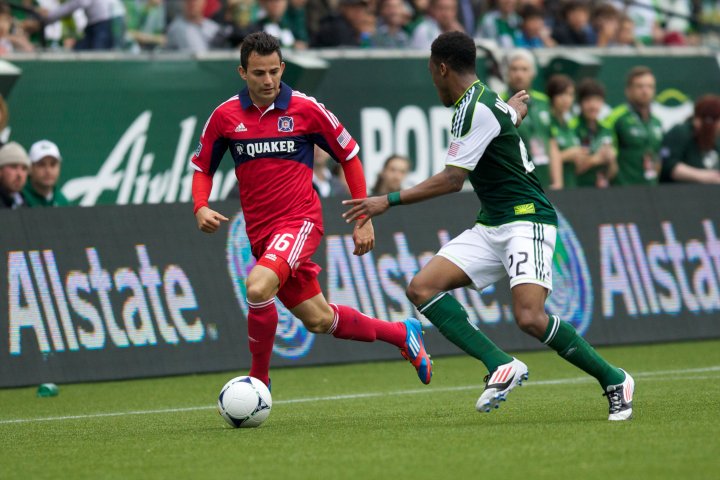 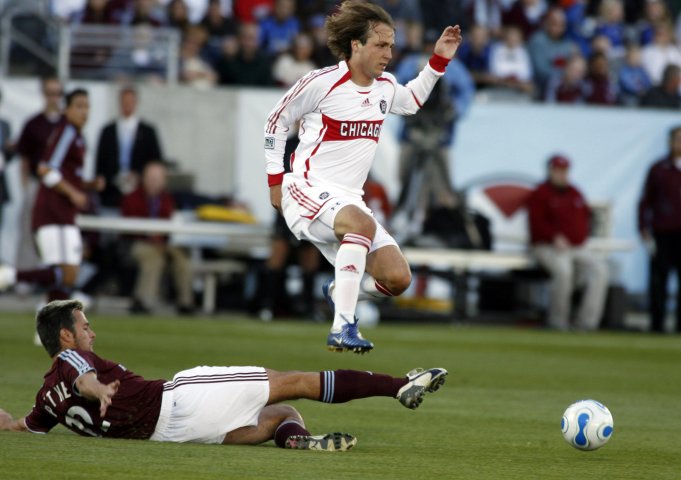 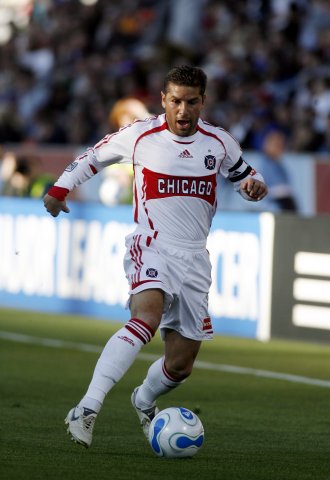 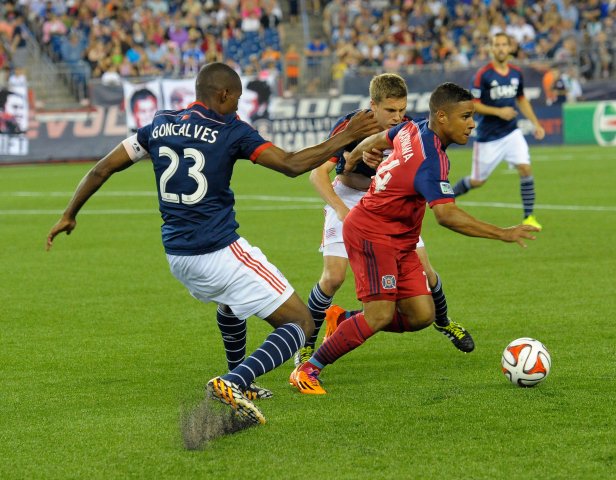 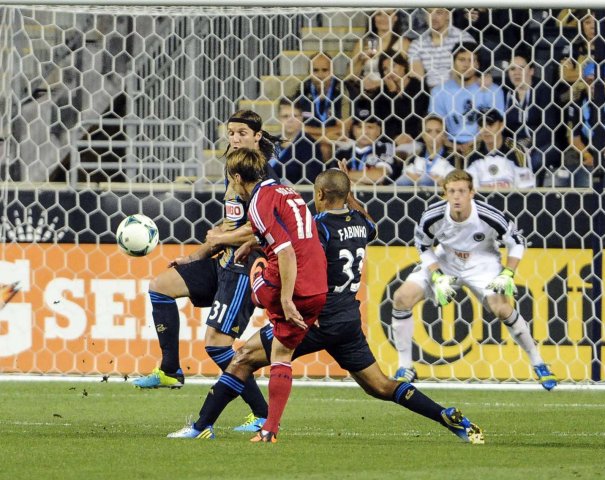 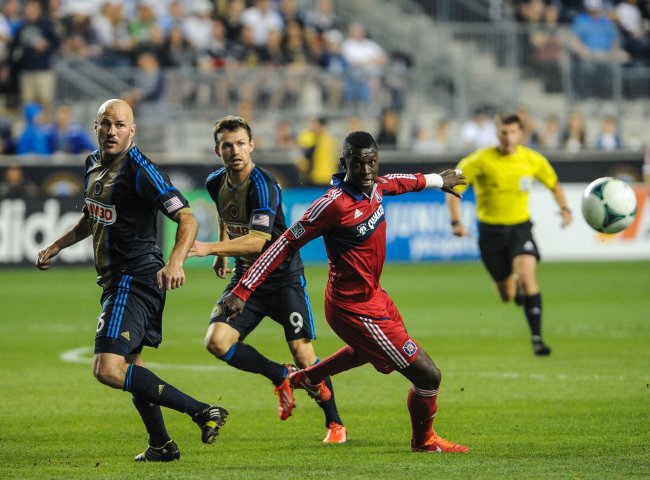 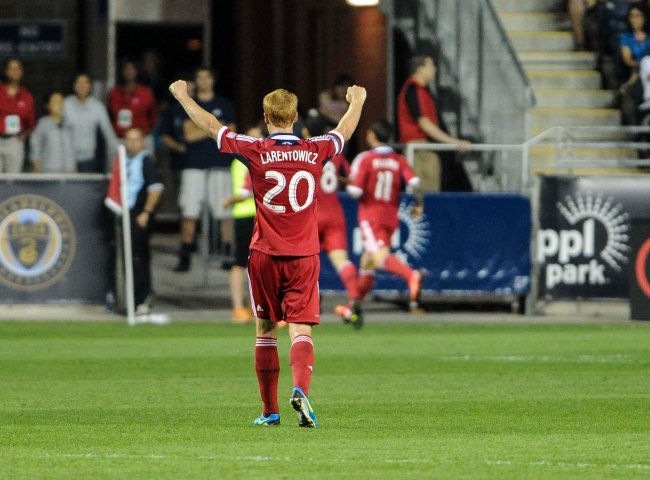 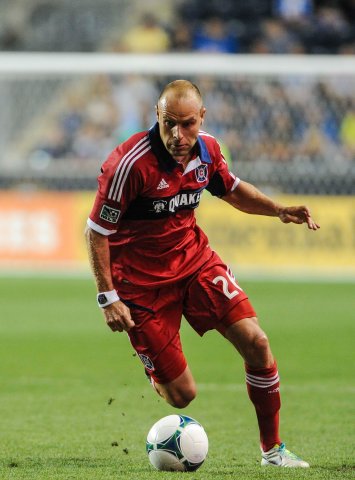 A mini-ball giveaway, a Chicago Sting reunion, a $1,000 speed kick contest, and more. See you Sunday at Soldier Field 🔥

#CHIvNSH at Soldier Field for the first time ever 🔜 https://t.co/zqYNubPsLt

Mental health for all ages 🧘‍♂️🧘‍♀️ Our foundation teamed up with @sarahlgorden's @hoodspacechi1, her @chicagoredstars teammates, and @madegoodfoods to host a free soccer and yoga clinic for CPS kids. https://t.co/qdLm4m0GWM

RT @ChicagoFire: 🐝 OWN A PIECE OF HISTORY 🐝 RT and follow for a chance to win this authentic Chicago Sting kit. At Sunday's match we'll h…