Page: It Will be a Wild October in Boston 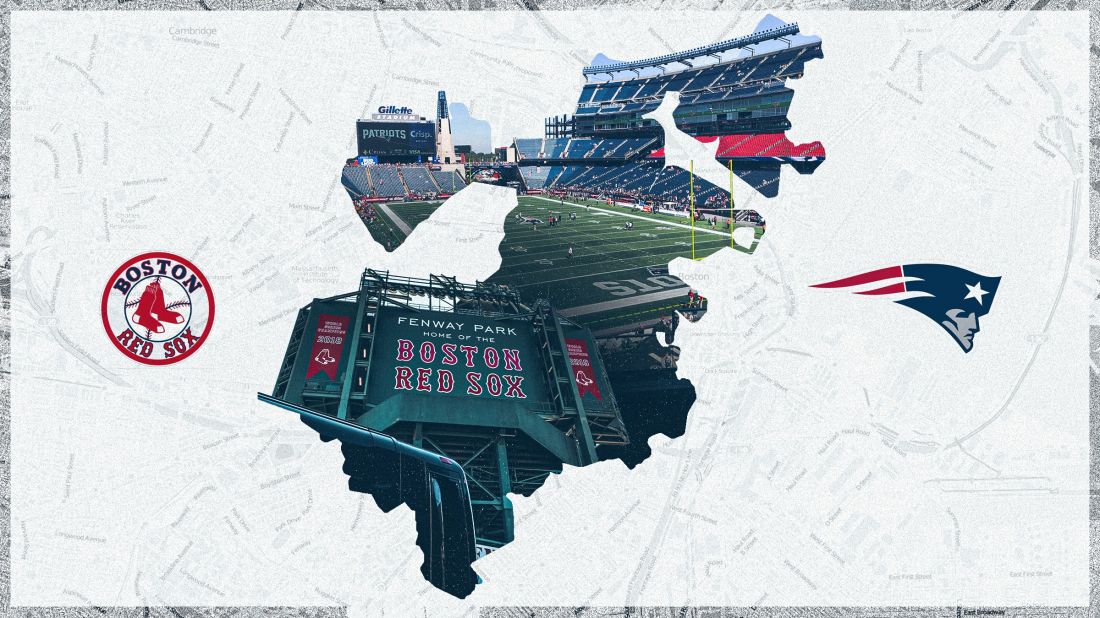 October and Boston are no strangers to being the center of the sports universe. The first 11 days of the 10th month put the bar at another level.

The homecoming, of course, takes place Sunday, Oct. 3, at Gillette Stadium as Tom Brady and the Tampa Bay Buccaneers visit to play the New England Patriots.

This is arguably the most anticipated matchup – arguably, heck it is – of the 2021 NFL regular season.

Brady brings his seven Super Bowl rings back to the space he led New England to six of those championships while coming up short in three other games.

The “rivalry” between New England head coach Bill Belichick and his quarterback for 20 seasons will be stoked by fans and the media alive.

Hint: Don’t expect either to give the other team much bulletin-board fodder. They have made a career of knowing what to say, when to say it and to let their actions on the field speak.

If you are thinking about trying to go to the sold-out game, which will be nationally televised by NBC on Sunday Night Football, be prepared to shell out big bucks.

As of this writing, the secondary market is booming. The cheapest ticket for Gillette on Stubhub.com is $425 and that will land you in the upper corner of the upper deck. You will probably wind up watching the game on giant screens or your telephone. It’s basically another zip code from Foxboro.

Want a better view? Corner of the end zone seats in the second level can be had for $555.

If you want to actually see Tom Brady in Tampa Bay Buccaneers colors, brace yourself. End zone seats will run you better than $850 a ticket and those at midfield will cost you close to $1,500. Expect prices to surge as kickoff gets closer.

Hours before kickoff, MLB’s regular season will have concluded with the Boston Red Sox finishing a six-game road trip at Washington. All that is at stake for the BoSox in the final week of the season is one of the two AL Wild-Card spots. They are battling division rivals, the Toronto Blue Jays and New York Yankees. The Seattle Mariners and Oakland Athletics remain in the mix.

Should the Wild-Card game come down to the Yankees and Red Sox on Oct. 5, it would be played at Fenway Park. No need to rekindle memories of the last time the teams played a single-game playoff, right?

That year, name and game haunted Bostonians as much as The Curse of the Bambino for years until 2004 when the Red Sox played themselves into and out of a 3-0 hole in the ALCS en route to winning their first World Series in, um, 86 years.

"I wish I'd never see them again. I wished they'd disappear from the league. Then we'd be winners."
--Pedro Martinez, on the dominance of the Yankees

That isn’t to suggest Boston doesn’t have a history with Toronto. The Bruins have put the Maple Leafs on ice a number of times in the Stanley Cup playoffs.

The Maple Leafs drafted goaltender Tuukka Rask in the first round, 21st overall, in 2005. Before playing a regular season game for Toronto, he was traded to the Bruins in exchange for former Calder Memorial Trophy-winning goaltender Andrew Raycroft. Rask would experience many seasons of success with the Bruins, eventually winning the Stanley Cup and Vezina Trophy, while Raycroft would only play two seasons for Toronto.

The rivalry was renewed in the 2013 Stanley Cup playoffs. On May 13, 2013, Game 7 was played at TD Garden. The Bruins rallied from a 4–1 third period deficit to defeat the Maple Leafs in overtime, 5–4, and advance to the second round.

In the 2018 Stanley Cup playoffs, Boston Bruins again defeated Toronto Maple Leafs in 7 games. In the seventh game, Rask, yes him again, made 32 saves to defeat the Maple Leafs 5–1 and advance to the second round.

The drama doesn’t end there as the historic Boston Marathon takes place Oct. 11, in and around the city. The race typically is run in April but was canceled last year due to COVID-19 issues and protocols.

This year’s race will be run on Monday the 11th, the culmination of an amazing sports run by the city of Boston. And the fever pitch will continue as the Red Sox could continue in the playoffs, the Patriots look to regain their AFC crown and win another Super Bowl, while the Bruins and Celtics start their seasons before the end of the month.