Page: Lokai boss aims to put everyone's life in balance with his bracelets 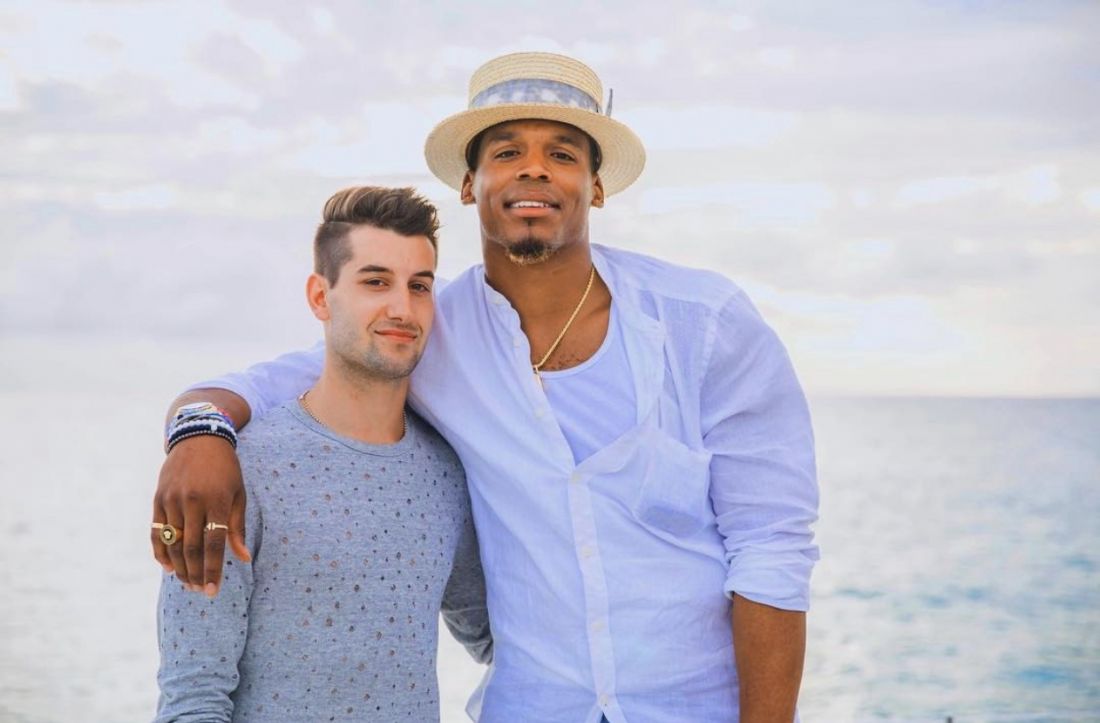 It’s been almost eight years since Steven Izen launched the brand behind those recognizable beaded bracelets that have become so popular among athletes and consumers seeking balance in their lives.

The founder and CEO of Lokai, Izen has managed to turn the company into one that not only helps people maintain balance amid the highs and lows in their everyday lives, but also carries a charitable benefit that has raised millions of dollars for dozens of foundations.

Lokai was started by Izen in June 2013 – a couple of years after he learned devastating news about his grandfather being diagnosed with Alzheimer’s.

“I came up with the idea for Lokai about 10 years ago,” Izen told OSDB Sports via phone. “Vacationing with my family and friends, thinking about how lucky I was to be there. But that week, my grandfather was diagnosed with Alzheimer’s. He was someone that I was really close to and that really just brought me to a low in my life.

“It got me thinking about the highs and lows that I was going through and how everybody goes through highs and lows in life. It doesn’t matter your age, demographic, income level. We all have them. Wanted to create a product that helped people find balance, remembering to stay humble when they’re on top of the world and hopeful when they’ve hit a low.”

The company was launched right after Izen graduated from Cornell University in 2013. The beaded bracelets are injected with mud from the Dead Sea – the lowest point on Earth – and water from Mt. Everest, the highest point.

That’s where the theme of balance evolves. There are always higher and lower points in life, and staying both humble and hopeful is something we all must do.

A key part of the Lokai brand is its charitable element. Lokai donates 10% of its profits to charity, benefiting foundations such as Make-A-Wish, the Alzheimer’s Association and several others.

“It’s been a big part of our brand and to date, we’ve donated over $8.5 million to different non-profit organizations,” Izen said. “We launched with the classic Lokai then started to make different colors for different causes. Pink for breast cancer. Purple for Alzheimer’s. Neon for Make-A-Wish.

What sparked Lokai’s growth is the popularity it gained among athletes. Watch an NFL game on Sundays and you’ll probably spot at least one player wearing a Lokai bracelet. Cam Newton has been a big supporter of the brand, while players such as Kenyan Drake, Odell Beckham Jr. and Arian Foster have also worn them on the field.

On the diamond, Mookie Betts, Joc Pederson and Carlos Correa have been spotted wearing the beaded bracelets, too.

“One of the big pieces of our marketing strategy was to send athletes Lokais for causes that we knew they cared about and were passionate about,” Izen said. “It immediately caught on with the NFL and MLB athletes. We were getting tons of requests from agents and did a lot of seeding and I’ve written a lot of hand-written notes.”

The first “wow” moment for Izen came when he was watching a game on TV and saw Foster wearing one of his brand’s bracelets. He reached out to Foster and connected with the former Texans running back, spending time with him over the years.

“The first one was Arian Foster. This way back in the day before anyone was wearing Lokai. I didn’t even send it to him and I was watching football and he was rocking a Lokai,” he said.

“That was a pretty surreal experience for me. I reached out and was able to meet him and spent some time with him in the coming years. Incredible dude.”

Newton’s interest in Lokai was organic and not initiated by Izen or anyone from his team. Newton began wearing them while with the Panthers, rocking them during Carolina’s run to Super Bowl 50. He helped the brand gain a lot of attention in the eye of the public and has since joined Lokai as a partner.

“Cam Newton has been a friend and supporter of Lokai since 2015. The message of balance, whether it’s on the field winning or losing, or balancing family life with your career, that message really resonated with him. He wears like 6-7 Lokais on both wrists,” Izen said. “It was organic from the very beginning. Recently, he’s come on as a partner in Lokai.”

The rapid increase in popularity opened some doors for Izen and his team. With so many athletes wearing Lokai bracelets, that the company dove into licensed products for the major sports leagues across the country.

Now, Lokai sells team-branded bracelets, both at the professional level and in college.

“So many athletes continued to wear Lokai that about 2-3 years ago, we decided to do licensed products with all the major sports leagues,” Izen said. “So we have NFL, MLB, NHL, MLS, about 100 colleges and we’re launching NBA this year. There are team-specific Lokais, and we sell them in the stadiums as well as our website and retail accounts like Dick’s Sporting Goods. 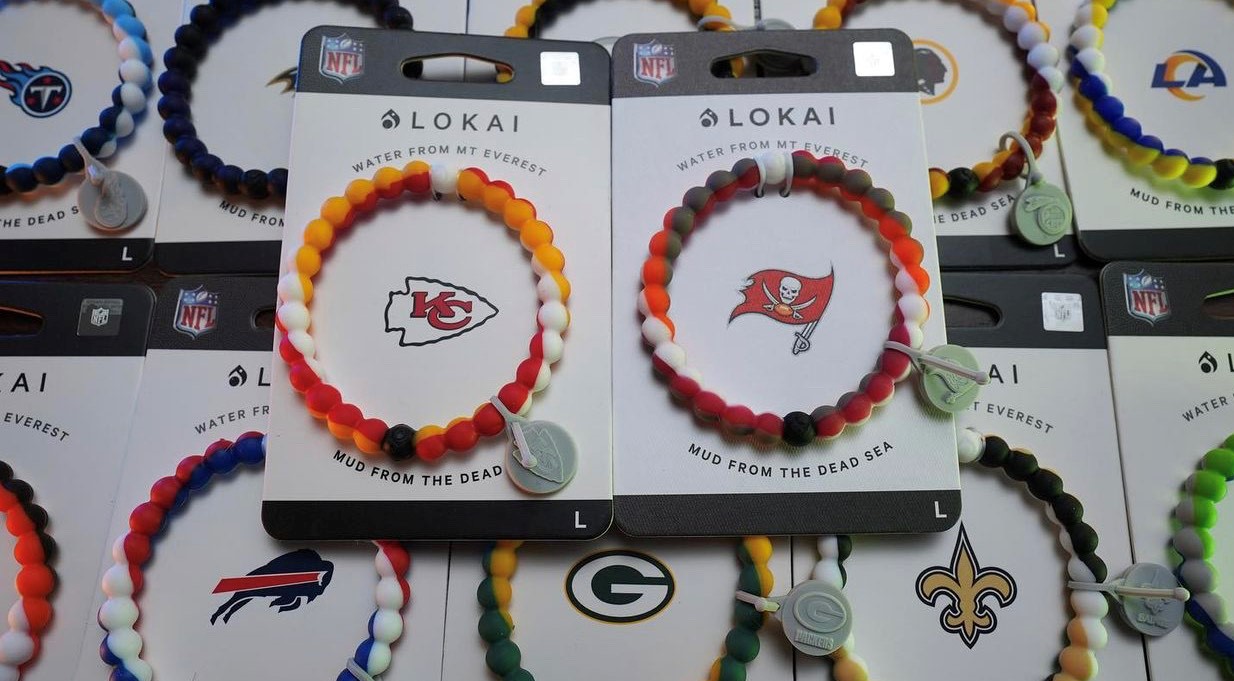 “The sports licensing has been a large unlock for us because it allowed us to not only reach different demographics of people who cared about their teams and then learned the Lokai message and give-back, but it also allowed us to open up that wholesale distribution into stadiums, into sports-type accounts where we didn’t really have a place to be before. So opening up wholesale distribution has also been a big initiative for the company over the past couple of years as we’ve grown and built our licensed products.”

While Izen has certainly put in the work to spread the message of Lokai and raise awareness among consumers, much of the company’s growth has been organic and unplanned, too.

In 2016, Charles Barkley gave Lokai an unexpected bump in popularity when he shared a funny story on TNT’s “Inside The NBA” of how he got his first Lokai bracelet from a random person in a steam room, and then wore it on the show.


“Charles Barkley was in a steam room, saw someone wearing a Lokai and said, ‘I like your bracelet,’” Izen recalled. “That person went on to tell him all about Lokai and the message of balance and the highs and lows, which is not an unfamiliar story for our brand and product. I think it’s a unique-designed bracelet and people are drawn to it and telling that story of balance is something that happens a lot and how our brand message spreads through storytelling.

“The guy gave him the Lokai and Charles was wearing it on the show and then it became a comedy that they were talking about Lokai. Then Charles Barkley made a podcast called ‘The Steam Room’ based on the story with Lokai. That was 100% organic. I didn’t know about it until I got 50 text messages about it from people saying, ‘Did you just see that on TNT?’”

Izen hasn’t met Barkley yet, but did appear on his podcast during the NBA All-Star Game in Chicago last year. Cam Newton also went on TNT with Barkley to talk about the brand, and gave him a bunch of Lokai bracelets.

Barkley told the story of his random steam room encounter on TNT in 2016, Izen says Lokai “definitely saw a small uptick in sales in the moment, but more importantly it was priceless brand awareness.”

Lokai continues to grow as a brand and has recently branched out into the wellness beverage industry. Izen and his team launched Elements, “which are functional wellness drinks with adaptogens.”

“They have four functions: vitality, focus, calm and sleep,” he said.

Izen and Lokai have managed to not only become a highly recognizable brand, but they’re also helping people find balance in their lives, while also benefiting charity. The sports world has expedited the growth of the company, and it’s in part because of organic marketing from the likes of Cam Newton, Arian Foster and Charles Barkley.