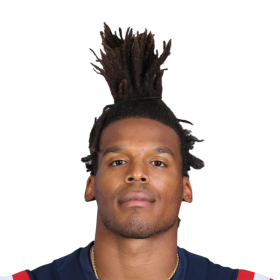 • All In With Cam Newton (Producer)

Santa Cam’s surprise sleigh delivered holiday cheer to children and families in need through the Cam Newton Foundation and Chase Bank. Newton visited the Urban Promise after-school program for one of his stops. He dropped off a $25,000 donation to the organization, along with backpacks and clothing

Newton was born in Atlanta on May 11, 1989. He is the son of Jackie and Cecil Newton Sr., who was a safety for the 1983 Dallas Cowboys and 1984 Buffalo Bills, and the younger brother of Cecil Newton, a center who played for the Jacksonville Jaguars. His youngest brother, Caylin, was the quarterback for the...

Newton was born in Atlanta on May 11, 1989. He is the son of Jackie and Cecil Newton Sr., who was a safety for the 1983 Dallas Cowboys and 1984 Buffalo Bills, and the younger brother of Cecil Newton, a center who played for the Jacksonville Jaguars. His youngest brother, Caylin, was the quarterback for the Howard Bison in the mid-2010s.

Newton was a talented baseball and basketball player as a youth but developed a fear of being hit by a pitch in baseball and could not avoid foul trouble on the basketball court. He stopped playing baseball at 14 years old and quit basketball shortly into his high school career. In 2015, Newton graduated from Auburn University with a degree in sociology.

Newton attended Westlake High School in Atlanta, playing for their high school football team. As a 16-year-old junior, he passed for 2,500 yards and 23 touchdowns and ran for 638 yards and nine touchdowns, gaining the attention of major college programs. In his senior year, Newton was rated a five-star prospect by Rivals.com, the No. 2 dual-threat quarterback in the nation, and the 14th quarterback and 28th player overall. He received scholarship offers from Florida, Georgia, Maryland, Ole Miss, Mississippi State, Oklahoma, and Virginia Tech. He committed to the University of Florida at the beginning of his senior year, becoming part of the top-rated recruiting class in the country for 2007.

Newton initially attended the University of Florida, where he was a member of the Florida Gators football team in 2007 and 2008. As a freshman in 2007, Newton beat out fellow freshman quarterback John Brantley as the back-up for eventual Heisman Trophy winner Tim Tebow. He played in five games, passing for 40 yards on 5-of-10 and rushing 16 times for 103 yards and three touchdowns. In 2008, during his sophomore season, Newton played in the season opener against Hawaii but suffered an ankle injury and took a medical redshirt season.

In January 2009, Newton transferred to Blinn College in Brenham, Texas, to play for head coach Brad Franchione, son of Dennis Franchione. That fall, he led his team to the 2009 NJCAA National Football Championship, throwing for 2,833 yards with 22 touchdowns and rushing for 655 yards. He was named a Juco All-America honorable mention and was the most recruited Juco quarterback in the country. Newton was ranked as the number one quarterback from either high school or junior college by Rivals.com and was the only five-star recruit. During Newton's recruitment, Oklahoma, Mississippi State and Auburn were his three finalists. He eventually signed with the Auburn Tigers.

Newton started the first game of Auburn University's 2010 season, a home win over Arkansas State on September 4, 2010. On December 4, 2010, Newton led the Tigers to an SEC Championship, their first since 2004, by defeating South Carolina 56–17, setting an SEC Championship Game record for most points scored and largest margin of victory. Newton was named the game MVP after scoring a career-best six total touchdowns, which were four passing and two rushing.

On April 28, 2011, Newton was selected with the first overall pick in the 2011 NFL Draft by the Carolina Panthers. On July 29, 2011, Newton signed a four-year contract, worth over $22 million, with the Carolina Panthers that was fully guaranteed. After unsuccessfully negotiating with quarterback Jimmy Clausen for the No. 2 jersey Newton wore at Auburn, he decided to keep the No. 1 jersey that the Panthers had assigned him after the draft. n his NFL debut game on September 11, 2011, Newton was 24–37 passing for 422 yards, two touchdowns, and one interception, in a 28–21 road loss to the Arizona Cardinals.

On February 6, 2016, Newton was named NFL MVP. Newton was the second African-American quarterback to receive the honor after Steve McNair in 2003 and the first sole recipient as McNair shared his award with Peyton Manning. In Super Bowl 50 on February 7, 2016, which pitted the Panthers' top-ranked offense against the Denver Broncos' top-ranked defense, the Panthers lost by a score of 24–10. The game was generally a one-score affair until a few minutes left in the fourth quarter. The defense of both teams performed extremely well and led to both offenses struggling terribly throughout the game. Newton was sacked six times and Manning was sacked 5 times, both quarterbacks fumbled twice, and both threw an interception.

After nearly three months in free agency, Newton signed a one-year deal with the New England Patriots on July 8, 2020. 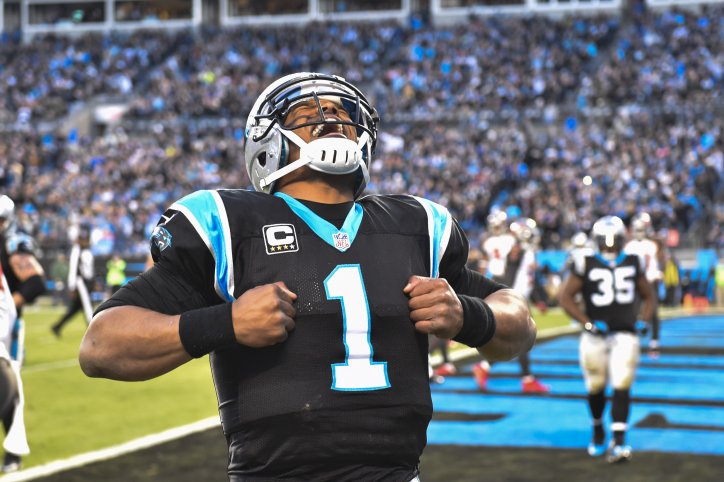 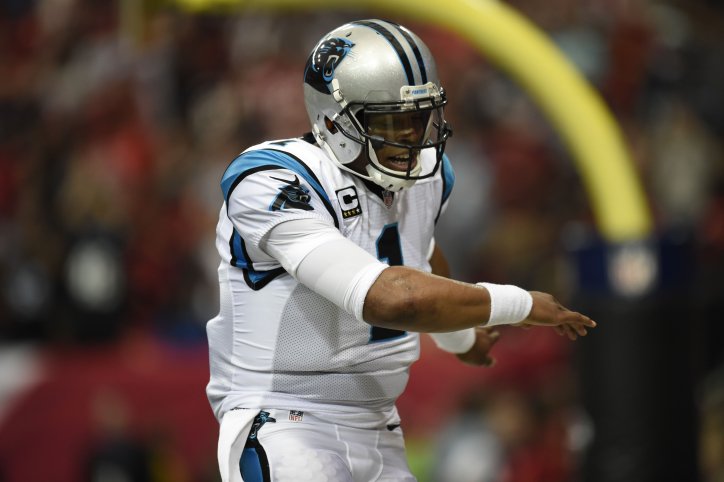 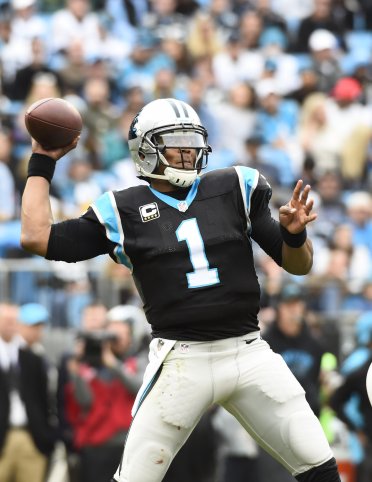 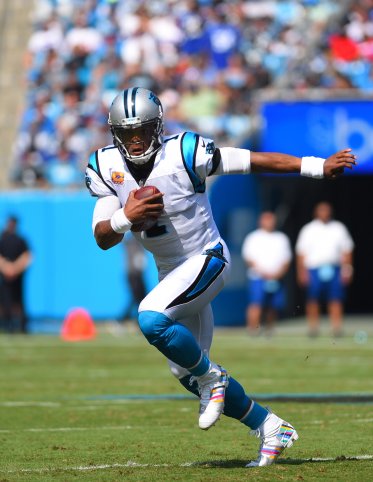 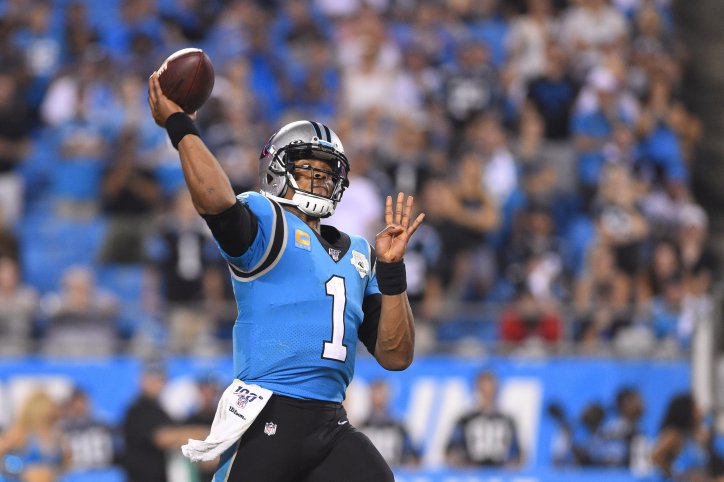 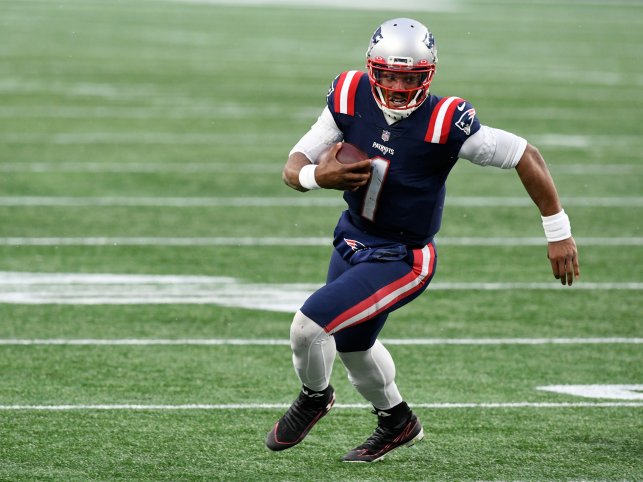 https://t.co/GCeNVompsA This week I sat down with Tammy Rivera an refreshing conversation about adulting and co parenting.

Have you tuned into my latest interview with @overtime’s CEO Dan Porter❓Did it inspire you ⁉️ https://t.co/PJb5GCnv20 https://t.co/y1DBRF0Phf 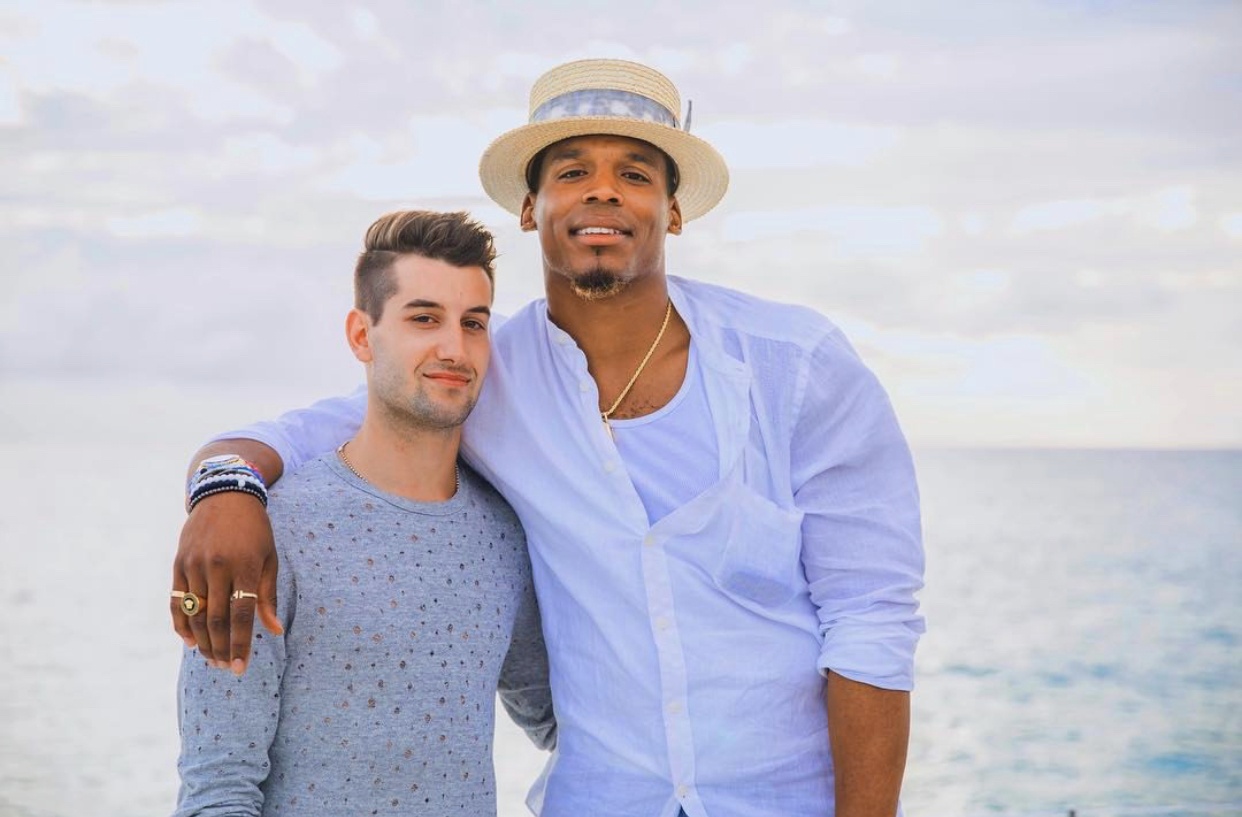 There are always higher and lower points in life, and staying both humble and hopeful is something we all must do.