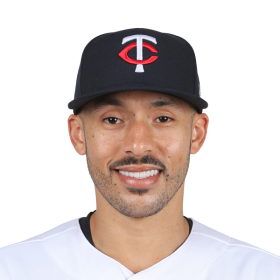 The Captain, Showrrea, I Am Groot

Nonprofit organization created by the Correa-Oppenheimer family with the mission to provide transformative experiences and support to children affected by poverty or illness.

Children's Minnesota is one of the largest free-standing pediatric health systems in the US and provides health care for the most amazing kids on earth.

Despite being the youngest high-profile player to enter the 2012 Major League Baseball draft, in the months leading to the event the 17-year-old Correa was already projected as a top-ten pick by several major sources, including Sports Illustrated and ESPN.  His stock rose during the month before the...

Despite being the youngest high-profile player to enter the 2012 Major League Baseball draft, in the months leading to the event the 17-year-old Corre...

Despite being the youngest high-profile player to enter the 2012 Major League Baseball draft, in the months leading to the event the 17-year-old Correa was already projected as a top-ten pick by several major sources, including Sports Illustrated and ESPN.  His stock rose during the month before the draft, with outstanding performances in team workouts, including one that reportedly left the Houston Astros' scouts "blown away".

On June 4, 2012, the Astros selected him as the first overall pick, outranking the projected top pick, Mark Appel. Correa was incredulous, only stating that he must have been dreaming, after entering the stage while hoisting the flag of Puerto Rico. With his selection, Correa became the highest-selected player to be drafted directly from a Puerto Rican high school, besting Ramón Castro's 17th pick in 1994, while joining several other top-10 Puerto Rican picks such as Francisco Lindor and Javier Báez, all of whom had moved to the United States to complete their high school or college education after developing in the local youth leagues. Correa became the third Latino to be the first overall selection in the MLB Draft, after Alex Rodriguez and Adrián González, as well as the first Puerto Rican and Latin American-born player to do so. During the ceremony, he was congratulated by Puerto Rican great Iván Rodríguez. Upon returning to Puerto Rico the following day, Correa was greeted by a victory parade in his native Santa Isabel, which was attended by hundreds of people.

Correa made his MLB debut in 2015, and won the American League (AL) Rookie of the Year Award. In 2017, Correa appeared in the World Baseball Classic, won the AL Player of the Month Award for May, was named an MLB All-Star, and won the 2017 World Series with the Astros over the Los Angeles Dodgers. He was named to his second career All-Star Game in 2021.

On July 4, 2021, Correa was named a reserve to the MLB All-Star Game, his second career selection. He ranked fifth in the AL in OPS (.926) at the time. On September 21, Correa scored his 100th run on the season. He became the first Astro shortstop to ever score 100 runs in a season.

In 2021, Correa batted .279/.366/.485 with 104 runs, 26 home runs, and 92 RBIs. He appeared in 148 games, his most since 2016. He established career highs in home runs, with 104 runs scored and with 269 total bases, and tied his career high with 75 walks. On defense, Correa led the AL with +21 defensive runs saved (DRS) and ranked third among shortstops with 579 total chances, 384 assists, and a .981 fielding percentage. Following the regular season, he was awarded both of his first career Gold Glove and AL Platinum Glove Awards in a season in which the Astros were also named the AL Gold Glove Team. The Houston chapter of the Baseball Writers' Association of America (BBWAA) named Correa the Astros' team Most Valuable Player, his first such award. He also won his first Fielding Bible Award and was named a Sporting News AL All-Star at shortstop.

On March 22, 2022, Correa signed a three-year contract worth $105.3 million with the Minnesota Twins. The contract included opt-out provisions after the first and second seasons. The $35.1 million average annual salary became the highest for an infielder, topping Anthony Rendon's $35 million annual salary, and was the fourth-highest salary in the AL. He joined center fielder Byron Buxton on the Twins, making them the third pair of players picked first and second in the same draft to then play for one club.

The trio of Luis Arráez, Buxton, and Correa each hit consecutive home runs off former Astros teammate Gerrit Cole to open the bottom of the first inning in a contest versus the New York Yankees on June 9, 2022. Correa completed a 3–6 triple play in the fourth inning on August 22, when Texas Rangers batter Nathaniel Lowe lined out to first baseman José Miranda. Miranda then doubled Corey Seager on the first base bag and threw to Correa to put out Marcus Semien at second base. On August 23, Correa returned to Minute Maid Park for his first game as a visitor to play against the Astros and received a standing ovation and video tribute. He singled in the seventh inning off reliever Ryne Stanek to end an Astros' no-hitter started by Justin Verlander.

On January 11, 2023, Correa re-signed with the Twins for six years and $200 million plus vesting options that could increase the value of the deal to $270 million. 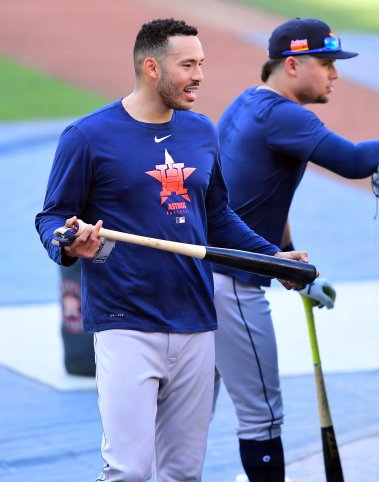 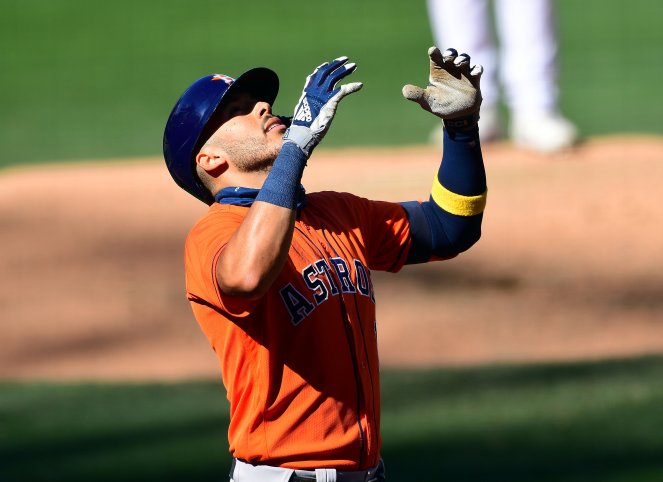 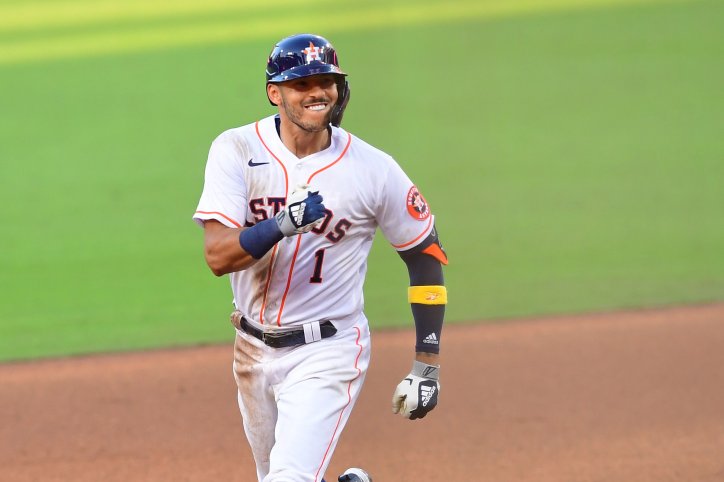 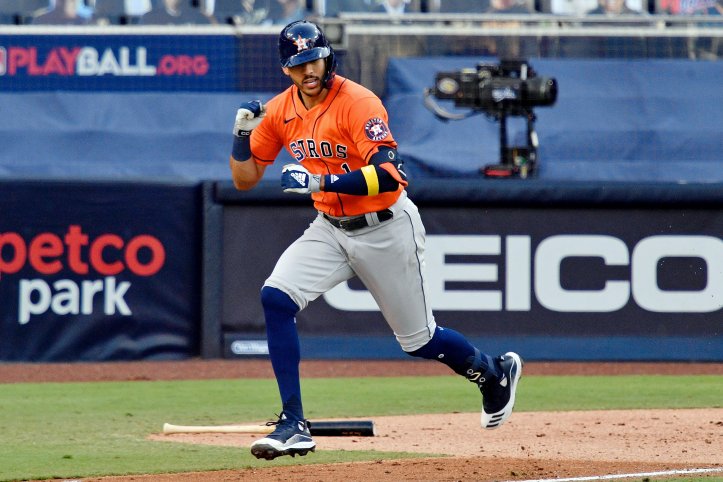 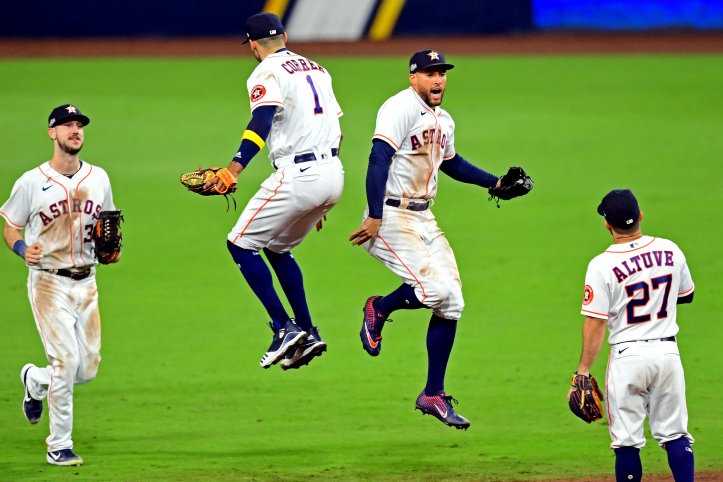 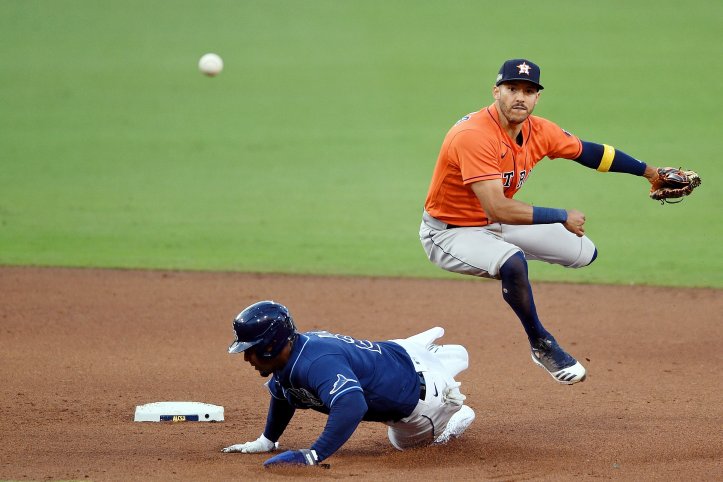 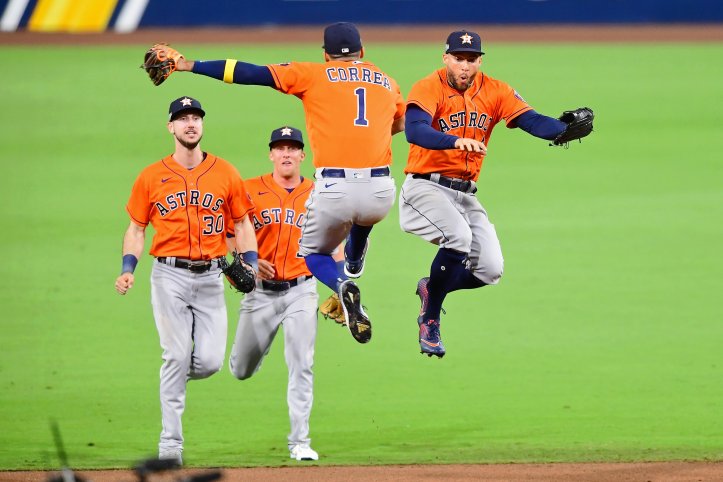 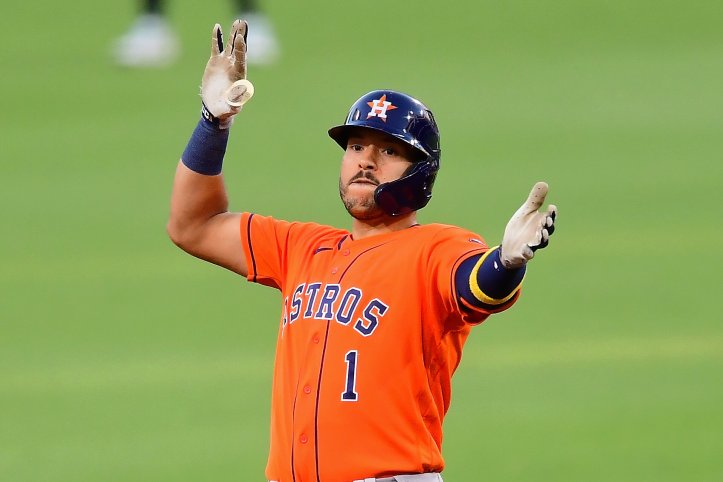 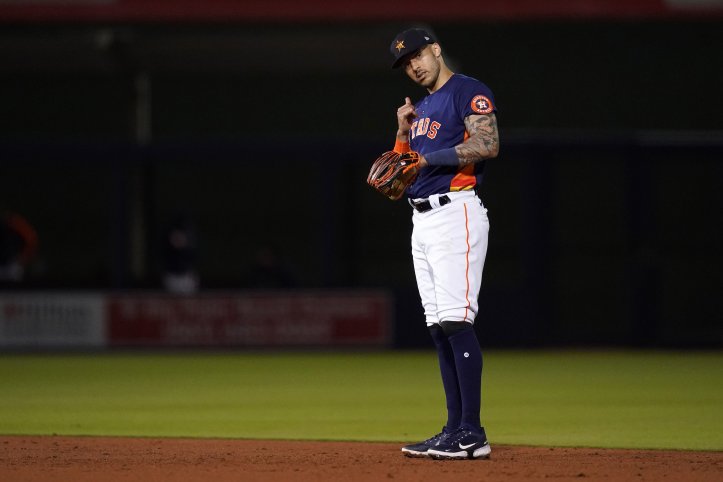 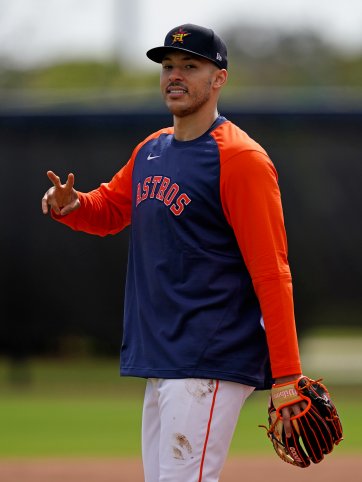 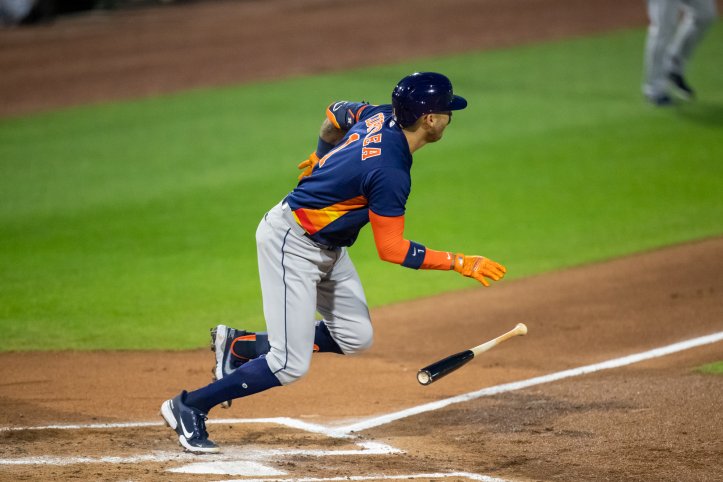 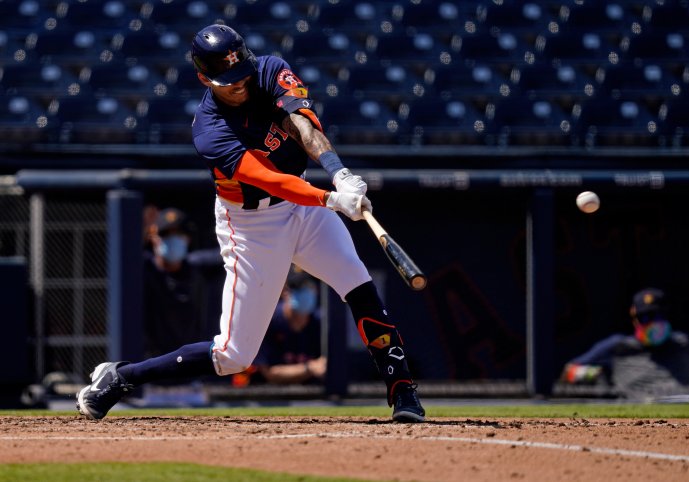 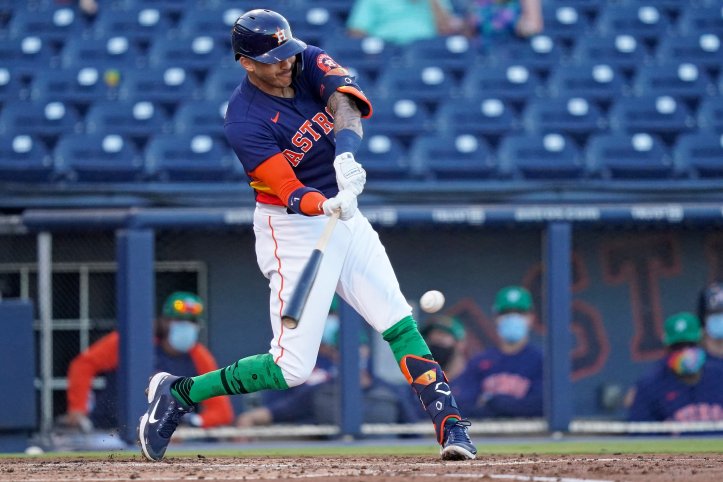 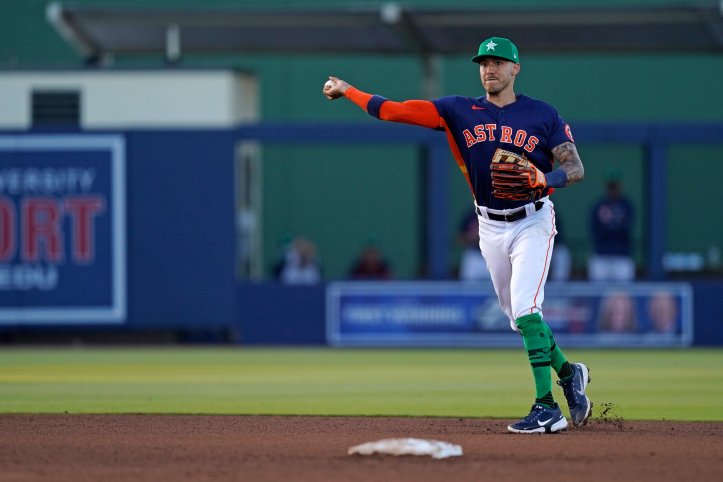 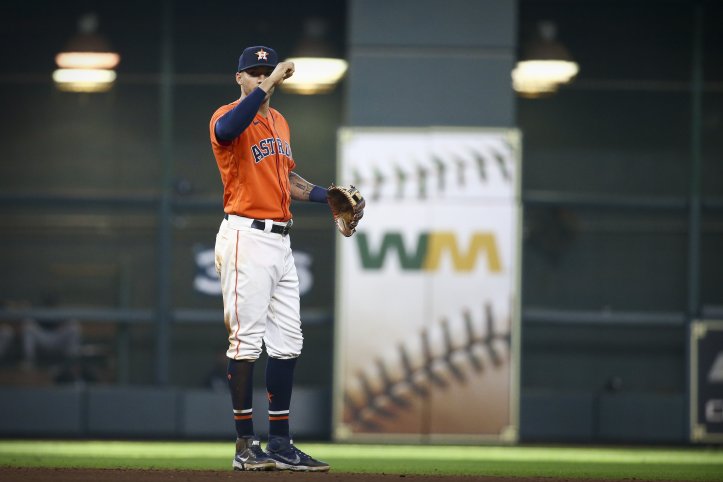 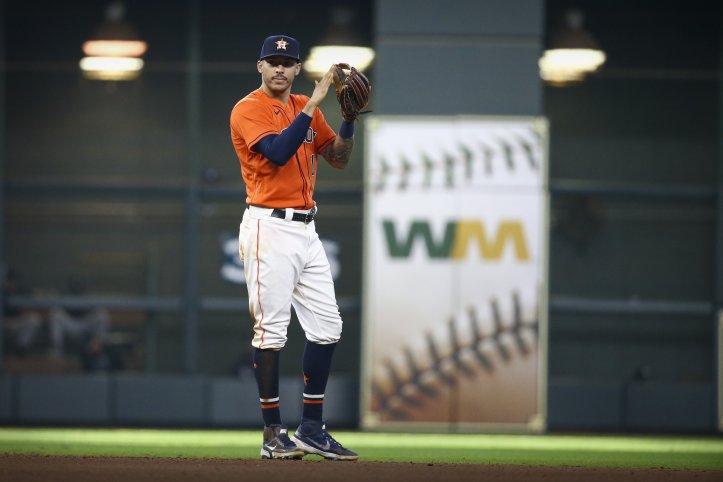 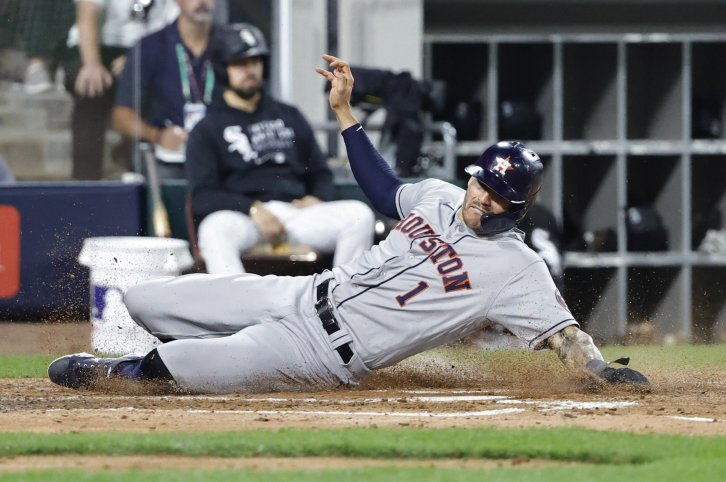 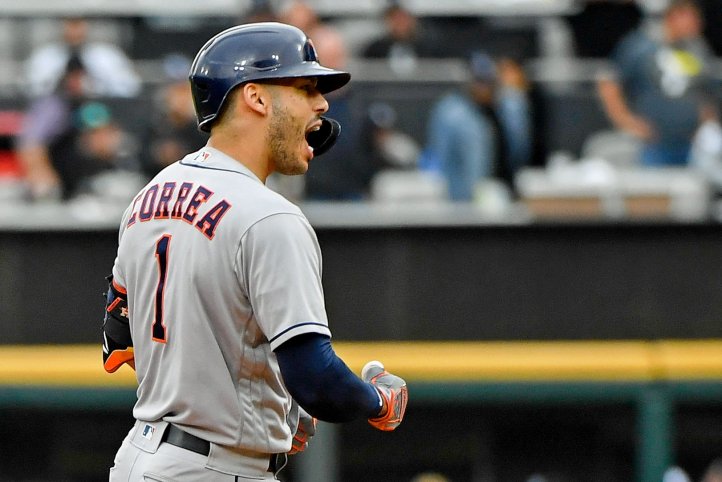 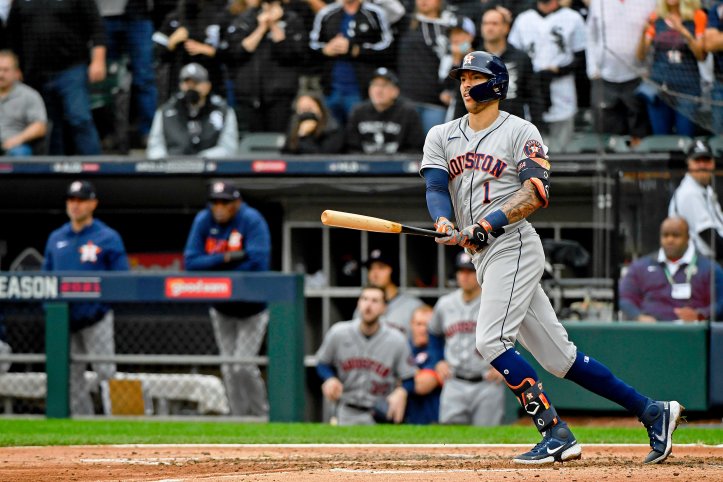 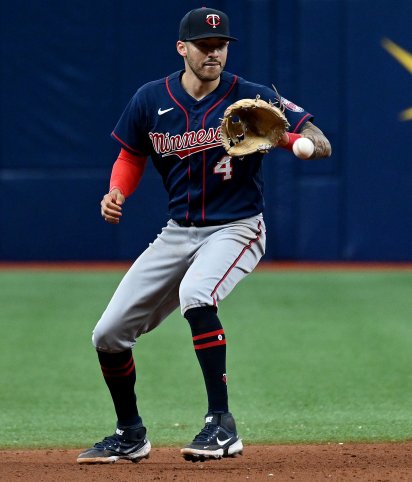 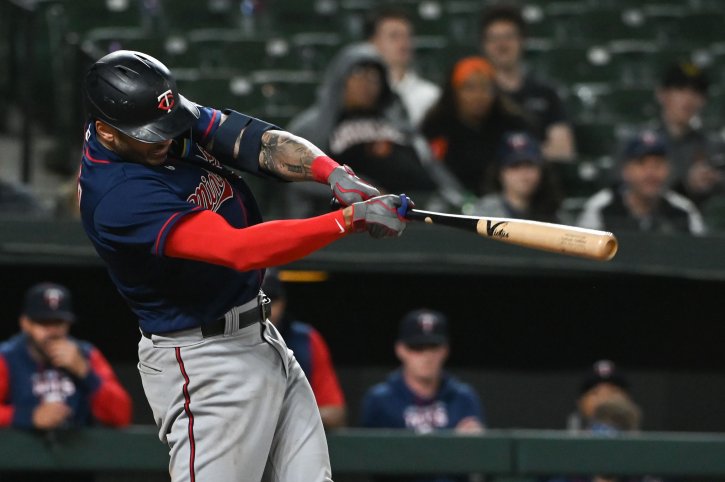 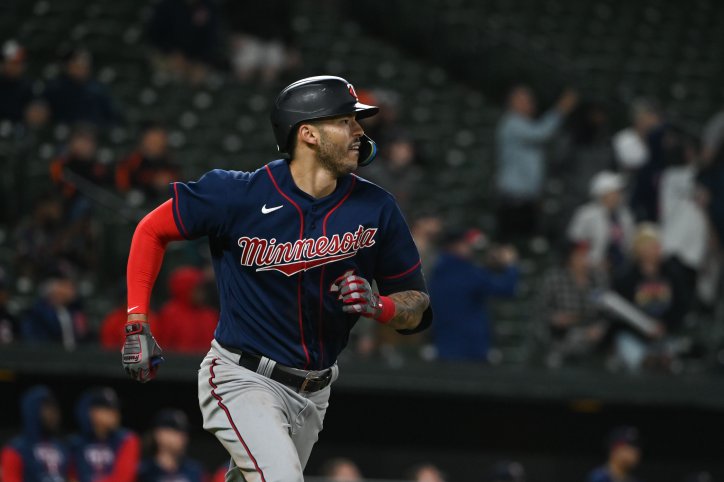 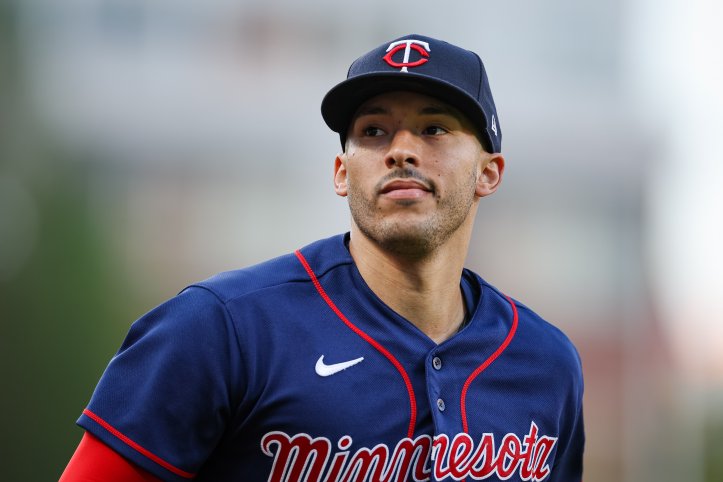