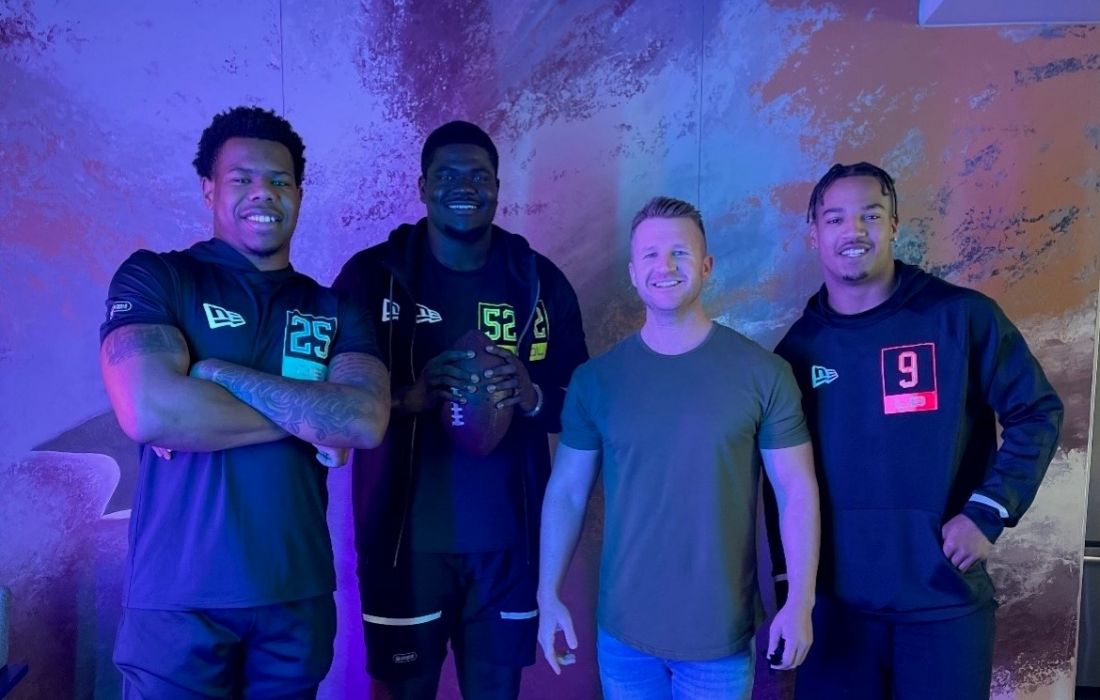 Going from covering players in the media to representing them as an agent isn't a career path many take. For Ross Jones of MGA Sports, it was the right one.

After seven years as an NFL analyst and editor at FOX Sports, Jones decided to make a change.

Having already built connections with players, coaches, general managers and agents during his time covering the NFL, Jones ventured into the world of being an agent. He became certified in 2016 and has since partnered with Mark Henness of MGA Sports, representing nine players in the NFL.

Jones aspired to become one of the premier NFL insiders we hear so much about today – the Ian Rapoports, the Jay Glazers, the Adam Schefters. His experience as an editor and analyst helped him build connections to key people within the NFL landscape, which was a major part of his shift from media to becoming an agent.

“At the time, what I really wanted to do was break news,” Jones told OSDB Sports via phone. “That’s really how it started. I wanted to be Glazer. I wanted to be Rapsheet. And so to do so, it was imperative for me to build relationships with members of teams and agents. Over the years, I became friendly with a number of agents and kind of got an up close and personal look as to what the business is.”

What drew him to the field of being an agent wasn’t the recognition or prominence as a big-time negotiator. Helping get his players the best possible contracts is obviously part of it, but Jones was in it more for the relationship-building and development aspect.

He wanted to help guide young athletes down the right path, seeing an opportunity to give them the best chance to succeed in what’s an incredibly difficult league to crack into.

“A lot of people think it’s a glamorous job and we’re signing big deals and negotiating contracts, but what attracted me to the role as an agent was the ability to build long-lasting relationships with players,” he said. “I really saw the benefit of what a good agent with the right intentions has on a player.

“ … I got exposure to a lot of different players and agents while I was working at FOX and used that opportunity to work with players. I was helping them try to find marketing deals or connecting them whether it was booking rooms in L.A. or reservations. That’s what I wanted to do, to build relationships with players. I would do whatever it took.”

When he left FOX Sports, Jones went back to school and got his Master’s degree. It was a humbling experience, but one that ultimately worked out for the best.

“I decided I wanted to do something different,” he said. “I had other media opportunities, but it was really that point, that crossroads in people’s lives where you decide, ‘Do I do what I’ve done for the last seven years or do I take a chance and see what’s on the other side?’ So honestly, I really humbled myself. I went back to school, got my master’s degree.”

Since moving from L.A. to Las Vegas, Jones has taken off. He and Henness represent nine players, including offensive lineman D’Ante Smith, who was drafted by the Bengals in the fourth round this year, as well as linebacker Tony Fields, who was taken by the Browns in the fifth round, 14 picks after Smith.

When it comes to recruiting players like Smith and Fields, there are various ways to uncover the right client. It’s about more than just their on-field skills, too. That’s obviously an important part of it, but Jones wants to find the right fit for himself and Henness.

Some people use scouting lists and Jim Nagy’s Senior Bowl watchlist to find players who might be fits, but Jones doesn’t like to rely on the information of others. As was the case during his time as a reporter, Jones gathers intel on potential clients himself.

“For me, it’s never changed from even writing and reporting. I’ve got to get real information from the people who are really evaluating him,” he said. “When I’m analyzing who to recruit, it’s about what these teams think and of course, you’re touching base with people at the school, too. Like what type of player is he? You want to get to know him.

“I say it all the time, I'm not a fit for everybody and not everybody is a fit for me. And what I mean is our core values are integrity, character. Obviously the football stuff is important and it’s going to take care of itself, but off the field, people who want to maximize themselves off the field, who lead and do things the right way and don’t take shortcuts.

“I look at the recruiting process almost like a team. We want to sign draft picks, but we don’t want to take on headaches either. There are things as agents that we can work through, my job is to prepare and protect them. And so you just find good fits and people who are like-minded guys and that’s kind of what we look for.”

It’s not always a quick process when it comes to recruiting, either. Building relationships takes time and they don’t just immediately develop when it comes time for a player to enter the draft or when he’s looking for a new opportunity within the NFL.

“There might be some players that I’ve been in touch with for 2-3 years and building relationships with them and meaningful relationships with their family,” he said. “My goal at the end of the day is when it’s time for them to make a decision, I hope it’s an easy decision. And they know who’s in their corner and who’s going to lay out a very clear and transparent plan that’s specific to each athlete about how we’re going to answer his weaknesses and questions teams might have.”

Not every prospect gets drafted, of course. Hundreds get signed immediately after the seventh round and it’s up to agents like Jones to help their clients land in the best possible situation to give the player a good chance to make the team in September.

Jones says he studies every team’s roster, lays out potential cap casualties, snap counts and contracts of players across the NFL. Doing that prep work helps immensely when it comes time for a prospect to sign with a team, as he helped cornerback Antonio Phillips and wide receiver Landen Akers do this year; Phillips landed with the Bengals and Akers with the Rams.

“We’ll do a whole contextual analysis, depth chart analysis heading into the draft and then those lists are constantly being updated throughout the draft. You try to put a player in the best position possible but who knows? In three weeks, they could go sign two vets off the street and it’s a whole different world that we’re looking at.

“There’s a lot more detail than just their on-field ability. We’ll look at their contracts, who are potential cap casualties, special teams percentages. They might have a guy who didn’t log a whole lot of snaps defensively but was a core teamer, so the special teams coach is going to go to war for him. Our job is to provide all the information to our clients and make the most educated decision. Of course you’re doing it under the gun because once you get to that sixth, seventh round, bullets are flying.”

Jones was faced with a different challenge last year when the COVID-19 pandemic hit. The NFL still held its annual scouting combine in 2020, but getting his prospects in front of teams was more difficult than ever.

Pro days were canceled, teams weren’t allowed to bring prospects in for official visits and almost everything shifted toward a more virtual, long-distance approach. Jones and his agency had a greater responsibility to get their clients exposed to NFL teams and scouts in hopes of getting them drafted as early as possible.

“When the pandemic hit, I was on the road at a pro day and I remember one of the scouts was like, ‘This is our pro day, we’re getting called off the road.’ And we still had six clients who hadn’t had a pro day,” Jones said. “The level of work that these players put in throughout the pre-draft process in anticipation of a combine or pro day, it’s everything they eat, sleep and breathe throughout those three, four months. For a pro day to be ripped away, you’re like, ‘Wow, how are going to get verified times for these players. We leaned on scouts and our goal was to stage a personal pro day last year and film their drills, their 40s, their broad, vert, short shuttle, L-drill and get that in the hand of talent evaluators.”

Things were closer to normal this offseason but there were still hurdles for Jones and his players. The NFL Combine was canceled, as was the East-West Shrine Game and NFLPA Collegiate Bowl. Teams were also unable to bring prospects in for visits, so most meetings – aside from those at the Senior Bowl – were reserved for Zoom calls.

Hopefully the pre-draft process in 2022 will be more like the pre-pandemic years, and when the time comes, Jones will likely have new clients he’s representing. Recruiting is an ongoing aspect of being an agent, but he’s focused primarily on one thing: his current players.

“The best way and most effective way to grow something is through word of mouth.” Jones said. “Right now, until these guys are secure, they’re always my priority. My active guys, my current guys, they’re always my priority. I don’t do a whole ton of outreach because I want to keep the priorities straight. When we make a commitment to a player, we stand by that commitment and take it very seriously.”

MGA Sports is growing by the year and for Jones, it’s rewarding to see his gamble in 2016 pay off. He was comfortable in the media industry, but he had greater aspirations. And now five years into being a certified agent, he’s achieving those goals of helping players during the most important years of their lives.