By Sam Gardner | Posted 6 months ago 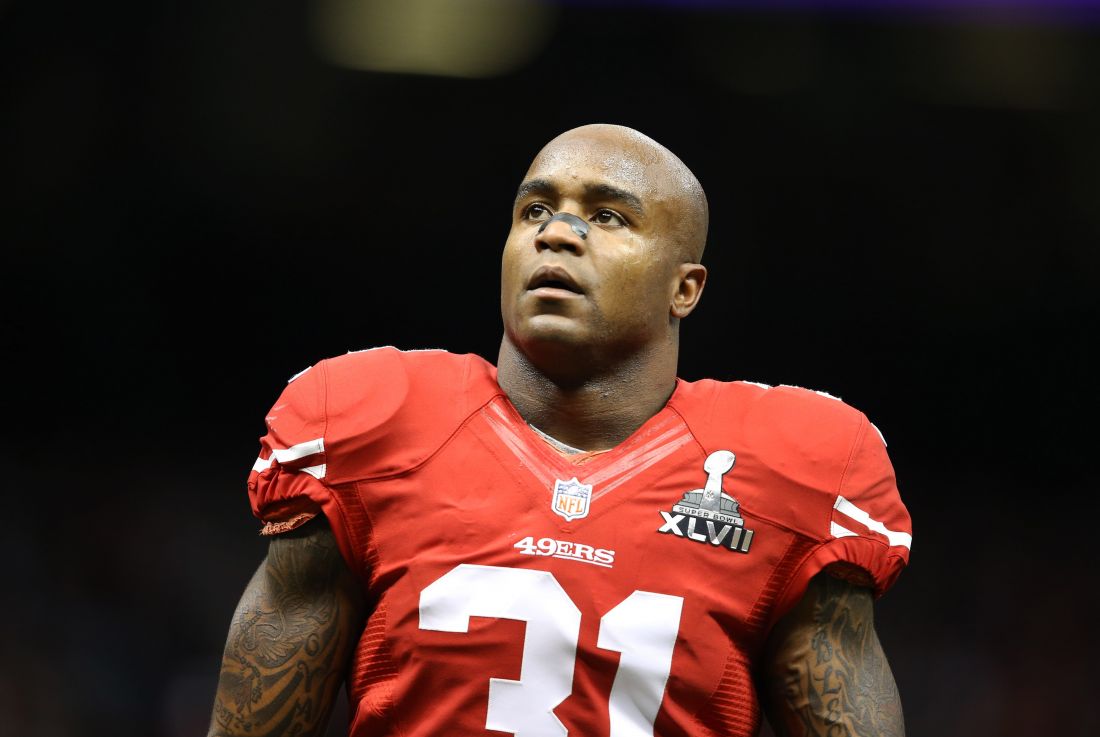 About a decade ago, former NFL safety Donte Whitner met an investor and Naval officer named James Luthardt after a workout with longtime trainer Tim Roberts. That chat turned into a friendship and, over the years, a business, with Whitner ultimately joining Lt. Luthardt as a partner in a wealth management firm called Kirtland Hills Capital.

In his role, Whitner oversees client relations within the firm's professional athlete division, working to get seven- and eight-figure earners in the NFL and across other leagues thinking about life after sports and investing in ways that will keep the money flowing long after game checks stop coming in.

It’s a road Whitner navigated smoothly following an 11-year NFL career that included stops in Buffalo (2006-10), San Francisco (2011-13), Cleveland (2014-15) and Washington (2016). In addition to his work at Kirtland Hills, Whitner has served as an NFL analyst on TV, invested in real estate and led a local NFLPA chapter.

Unfortunately, he’s seen the opposite happen time and time again: Guys live lavishly and don’t save or invest while the cash is

coming in through a fire hose, and then they find they don’t have a plan when someone cuts the spigot.

It’s a problem addressed in a popular “30 for 30” documentary, Billy Corben’s “Broke,” and it’s one Whitner is wrapping up in space — a natural fit for a guy with 668 career solo tackles — with a plan of attack focused on dividend growth investing.

The strategy is built on the steady growth of what Whitner calls “dividend-producing stocks” — he names Nike, Coca-Cola, Pepsi and Johnson & Johnson as a few — an approach Luthardt applied in his previous work with family offices, asset management firms serving families with generational wealth.

The system is not risk-free, and not all dividend growth darlings remain in permanently high standing, but it’s a tactic with the potential to create a steady stream of income for players willing to trust the proven standbys.

"One [problem] is guys just wanting to feel successful and not really understanding what success is," Whitner told OSDB recently, as he discussed ongoing conversations with the NFL and NFLPA regarding the league’s financial literacy initiatives.

Passing on more glamorous expenses in favor of shrewd investments requires discipline, Whitner said — which one might think would come naturally to athletes, given the discipline required to play at the level pros do. The mindset doesn’t always translate to finance, which is where Whitner hopes he can step in.

"When you talk about discipline [on the field], you also have to deal with everything else that comes along with being a professional athlete," Whitner said. "You might like nightclubs too much, you might like alcohol too much, and these are things that are going to drain you. And instead of just telling the guys this, I can give them stories of my past and the mistakes that I've made to put them in a better position when they're retired."

One life lesson that unexpectedly seems to resonate with the new era of players? A primer on jewelry's rate of depreciation.

"When you start talking about the value of diamonds, and some being silicone-injected and how you can be manipulated, and how the value is going to drop 70 percent as soon as you walk out of the store with it," Whitner said when asked what gets today’s stars’ attention. "The guys start to listen when you start to talk about watches and how after you put diamonds in it — you might pay $50,000 for a watch and put $20,000 worth in aftermarket diamonds in it, and when you get ready to resell it, it's $15,000 that you're going to get for that watch."

For modest earners, it may be hard to relate to talk of legacy investing and the pitfalls of buying a $70,000 watch, but Whitner is adamant that dividend growth can work for anyone, regardless of wealth.

"That's a big misconception about investing, that it's a rich person's game,” Whitner said. “You can do this at any level, but you're not going to get the dividends that Warren Buffett receives."

Whitner also stops short of calling athletes’ wealth a burden in and of itself. However, he’s frank about the realities of being publicly wealthy and says he’s honest with players about the way it changes your relationships. And while he doesn’t name names, Whitner says he is proud of the work he’s already doing to help young stars adjust to a lifestyle that can be boom-or-bust.

"The quicker you start them before they get the hands on the money, the better off they'll be," Whitner said of today's pros, who are coming into cash younger and in larger sums than ever. "There are so many distractions that can throw you off from your goals and, you know, reaching the pinnacle where you want to get.

"You have guys coming into money at a young age, and now you have each family member pulling at you,” Whitner continued. “You feel like you owe them something, and you don't really know how to say no. That's one thing they taught at the rookie symposium that I remember, almost 15 years later, is to say no, but a lot of people can't do it.

"These are your family members. These are your friends. You don't want to see them struggling, but you don't really know how bad it's hurting you at the end of the day," he added. "So these are all things that we want to teach from A to Z — to make sure that we have guys that are financially healthy while they're playing and when they're done playing, so they continue to do whatever they want to do post-career."