Page: Over/Under Predictions for the AFC 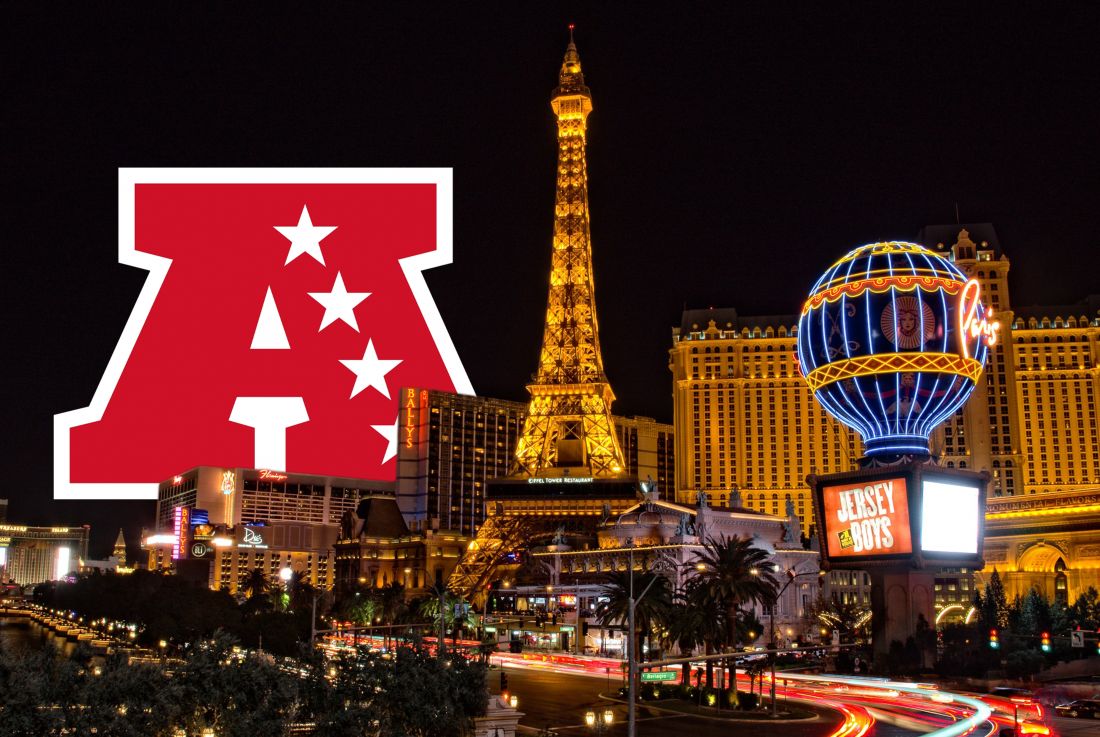 We're only 111 days away from the NFL's season opener on September 9, but who's counting? The Tampa Bay Buccaneers begin their title defense against the Dallas Cowboys, on what is projected to be an electric Thursday night. Football fans everywhere will tune in for the return of Cowboys' QB Dak Prescott, as he duels with the ageless Tom Brady.

The final game of the regular season will be played on Jan. 9 in SoFi Stadium, the home of Super Bowl LVI. Between the opening kickoff in September and the final whistle in January, each NFL team will have played 17 regular-season games, per the league's new scheduling format.

The Bucs are the reigning champions, but there are several AFC squads that are legitimate contenders to win the Lombardi Trophy. Teams like the Buffalo Bills, Kansas City Chiefs, Cleveland Browns, and Baltimore Ravens can't be overlooked, and should rack up plenty of regular-season wins en route to the playoffs. In this article, I'll predict the final win/loss totals for each AFC team, when compared with the over/under projections found on DraftKings Sportsbook. Spoiler Alert: The Buffalo Bills will go undefeated this season.

The Bills narrowly missed reaching the Super Bowl last season, falling 38-24 in the AFC Championship game to the Chiefs. Prior to that loss in Arrowhead Stadium on Jan 24, Buffalo had won eight consecutive contests and 11-of-12. The only Bills’ defeat during that particular stretch was the insane DeAndre Hopkins Hail Mary game vs the Arizona Cardinals. Josh Allen enjoyed an MVP-caliber season, and smashed all sorts of franchise records with WR Stefon Diggs. Apart from Allen, there is no quarterback in the AFC East who has proven to be able to take over a game at this stage. Furthermore, the Bills’ strength of schedule is tied for the 23rd-weakest in the league (.478). Look for Buffalo to circle the wagons with regularity, celebrating an undefeated regular season amidst the fanfare of Allen’s first MVP award.

As a man who had high hopes for the Dolphins last season, this is somewhat disappointing to write: Tua Tagovailoa has been uninspiring, and Miami’s best QB went to play for Washington. The Dolphins are on their third offensive coordinator in three seasons under coach Brian Flores. Unless Miami can duplicate the magical defensive and special teams production it experienced last season (unlikely), the Fins are in for more growing pains.

Instead of retiring in disgrace after watching his prodigal son Tom Brady ride off into the sunset with another Super Bowl (without him), Bill Belichick plods onward. Belichick uncharacteristically spent a ton of money on free agents in what can only be seen as the coaching equivalent of a midlife crisis. The Patriots are undoubtedly improved on paper though, on offense, defense, and special teams. However, the question remains” With all these new weapons on offense, is Cam Newton the man to get it done? Newton will be on a short leash regardless, and rookie Mac Jones is salivating on the sidelines. Hard to see this as anything more than a transitional season in Foxboro.

As a long-suffering Jets fan, I must say that I’m excited about the pseudo-fresh start. Sam Dalton should do well in Carolina, and Zach Wilson is the future in New York. Perhaps we’ll finally have the franchise quarterback that we’ve been craving all these decades. This is an exciting young team with a great deal of upside, and management did the right thing by drafting three essential offensive pieces right behind Wilson. The Jets still have serious issues in the secondary, but should start garnering respect under new head coach Robert Saleh. With a below-average strength-of-schedule (.489), NY may scrape and claw to a .500 record.

The Chiefs are still trying to rinse the taste of Super Bowl LV out of their mouths. We can expect KC’s lively Buddha Andy Reid to have the team hungry and ready to dominate again. However, the offensive line is a cause for concern, and if Patrick Mahomes goes down so do the Chiefs’ win totals. With potentially four new starters on the O-line and WR Sammy Watkins playing for Baltimore, KC may struggle to gain a foothold. All of those close games that the Chiefs won last season might go the other way. KC is slightly trending down, while Los Angeles is on the rise.

The 2020 Offensive Rookie of the Year Justin Herbert is hoping to do his best Tom Brady impression this year. Imagine if Herbert can manage to lead the Chargers to the Super Bowl, making it consecutive years that a team has been able to host the big game. Are the Bolts a longshot to reach the Super Bowl? Yes and no. The Bolts were electric last season behind Herbert’s unflappable poise and refusal to quit. Los Angeles firmed up its offensive line by signing center Corey Linsley and drafting OT Rashawn Slater with the 13th overall pick. Lightning might strike the AFC in 2021.

The Broncos may have been hit harder than any team by injuries last season, and they were tough to watch. However, coach Vic Fangio is still at the helm, and Denver did extremely well in the offseason. The Broncos drafted Patrick Surtain II at No. 9 overall, and picked up explosive rookie RB Javonte Williams to help wear down defenses. Surtain and new acquisition Kyle Fuller make for a formidable pair of corners. Drew Lock has shown flashes of brilliance, but has floundered quite a bit recently. If Denver can win the lottery by trading for Aaron Rodgers, the Broncos will instantly be in the Super Bowl conversation. Without Rodgers, Denver’s over is looking attractive. If the reigning MVP does land with the Broncos, this is a slam-dunk.

I’m a huge Jon Gruden fan, but the man is 19-29 over his first three seasons as Raiders coach, this go-round. Shipping Khalil Mack out of town now seems like a portent of doom, and both the defense and O-line are riddled with uncertainty. Perhaps the offensive triumvirate of Derek Carr, Darren Waller, and Josh Jacobs can power Las Vegas to the playoffs, but some upgrades need to be made. It’s more likely that the Raiders get bullied by the rest of the AFC West, and find themselves in the basement at season’s end.

The Browns showed exactly what they’re capable of when they defeated the mighty Steelers in back-to-back weeks last season. Cleveland has an undeniably powerful offense, and now WR Odell Beckham Jr. is back in the mix. With Nick Chubb and Kareem Hunt bashing defenders into the ground, and QB Baker Mayfield rounding into the form many of us expected from him, the Browns are for real. Mayfield has plenty of weapons at his disposal, and is playing for a new contract. Cleveland’s defense improved on the line and in the secondary, and the Browns should win the bloody North.

After starting last season 11-0, the Steelers suffered a cringeworthy fall. However, the majority of the squad is intact, and they have tremendous talent on both sides of the ball. Future Hall of Famer Ben Roethlisberger still has gas in the tank, and Pittsburgh has unfinished business. The return of WR JuJu Smith-Schuster was huge, and will pay immediate dividends for the Steel City. It’s important to note that the Steelers have the most difficult schedule on the calendar (.574), but remember that steel is forged in fire. Pittsburgh will battle Cleveland for the top spot.

The Ravens lost their top two edge rushers when Matthew Judon and Yannick Ngakoue left, and LB/DE Jihad Ward waved goodbye earlier this month. Former MVP Lamar Jackson will have to find a way to put up more points if Baltimore is to compete. The addition of WR Sammy Watkins helps, but the Ravens would have preferred to steal WR JuJu Smith-Schuster from the Steelers. Watkins is often injured, and might not be able to provide the explosive offensive presence that Baltimore needs. The Ravens have the second-hardest schedule in the NFL, and should finish third in the North.

We all felt Joe Burrow’s commanding presence on the field for Cincinnati before he suffered his ACL injury. Burrow was on his way to winning Rookie of the Year before that misfortune, and I expect him to come out swinging in 2021. The Bengals’ defense is a bit suspect, but don’t be surprised if this team rallies around coach Zac Taylor and their franchise QB. Burrow will find a way to lead Cincy to at least seven victories.

The Colts are in position to rule the trash heap that the AFC South has become. Indianapolis owns an elite defense, and has swapped out Philip Rivers for Carson Wentz at quarterback. The Colts shouldn’t miss a beat on offense, and have plenty of young skill position players. Will Indy win 11 games like last season? It’s hard to say, but picking the over in this situation feels right, especially since the Colts play six games against a watered-down division.

The Titans have played magically over the last couple of seasons, but it’s starting to look like the team plane is about to turn into a pumpkin. Tennessee did nothing to replace WR Corey Davis or TE Jonnu Smith, producing a deflated offense. RB Derrick Henry is an absolute beast, but he’s also led the NFL in carries two years running (no pun intended). How much longer can Henry carry the Titans on his back? This is a tough call, but I’m leaning toward the under.

The Trevor Lawrence show has finally arrived in Jacksonville, and it should be a good one. Lawrence has yet to lose a regular-season football game, going undefeated in high school and at Clemson. That streak will of course be broken, but perhaps not until Week 2 or 3. The current state of the AFC South is the perfect grooming ground for Lawrence, and this young man can be expected to thrive. It’s not entirely improbable that the Jags are still in the hunt for the division title after midseason. There’s reason for optimism.

J.J. Watt has gone to the desert, and the Deshaun Watson debacle is multifaceted. Even if Watson’s legal trouble disappears, he’s vowed never to play for Houston again. The likelihood that Watson is traded becomes greater with each passing day, and the Texans’ roster is a mess in general. Houston might well become the worst team in the entire league if things keep trending downward like this. Three wins, tops.