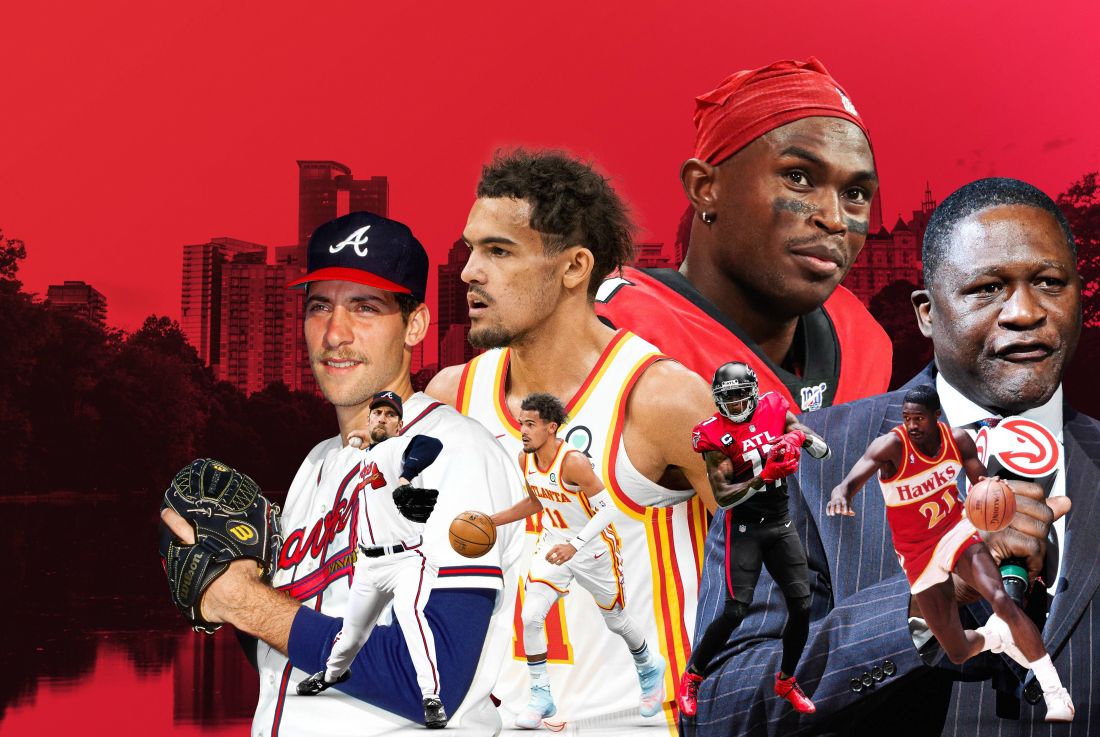 It was 10 years ago that the Atlanta Falcons made one of the biggest moves up in the NFL draft to land one of the best wide receivers of this decade. In 2011, they traded up 21 spots to the sixth overall pick, sending the Cleveland Browns No. 27 overall, their second-round pick and fourth-rounder that year, as well as first- and fourth-round selections in 2012.

All for the chance to draft Julio Jones out of Alabama.

And 10 years later, that high cost to pay was worth every penny and pick. Jones has turned into one of the best receivers to suit up in the NFL, playing at a high level in each of his seasons.

With seven Pro Bowl selections and two first-team All-Pro nods to his name, Jones has established himself as a potential future Hall of Famer.

Unfortunately, his time with the Falcons may be coming to an end. Atlanta has minimal cap space due to the NFL’s shrunken salary cap – a direct result of COVID-19 altering the 2020 season. Trading Jones after June 1 frees up $15.3 million and based on the way things have gone, a trade seems possible.

The Falcons would prefer not to trade away a Hall of Fame talent who’s 32 years old. But their salary cap situation leaves them few options – and Jones might be their easiest way out of it.

The acquisition of Jones ranks among the best trades ever made by the Falcons. In fact, it’s up there as one of the top deals struck by any Atlanta-based team.

Going back to 1982, the Hawks’ trade for Hall of Famer Dominique Wilkins might just be the city’s best.

The Utah Jazz traded Wilkins to the Hawks after he refused to play for the franchise when he was selected third overall. The Hawks gave up John Drew, Freeman Williams and $1 million in cash, but in hindsight, they’d have given up much more to land the legendary forward.

Wilkins played 12 seasons with the Hawks, leading the NBA in scoring once (1985-86, 30.3 points per game). He ranks 14th in league history with a career average of 24.8 points per game, made the All-Star Game nine times, was All-NBA seven times and immediately made an impact as an All-Rookie selection in 1982-83.

Wilkins, who attended the University of Georgia, was inducted into the Hall of Fame in 2006 and remains one of the best dunkers the league has seen. To say the trade paid off for the Hawks would be a massive understatement, though it was unfortunate he never won an NBA title.

More recently on the hardwood, the Hawks and Mavericks struck a deal that has worked out incredibly well for both franchises. During the 2018 NBA Draft, the Hawks agreed to send their third overall pick Luka Doncic to Dallas for No. 5 overall and a protected first-rounder in 2019.

The Hawks ended up with a star point guard in Trae Young and Cam Reddish with the No. 10 pick in 2019. While most would argue Doncic has been the better player with a Rookie of the Year award and two All-Star selections, Young also has one All-Star nod and was All-Rookie with Doncic in 2018.

Young could cement his place as one of the NBA’s best this postseason, too, after getting off to an exceptional start in his postseason debut against the Knicks. Young dropped 32 points at the Garden, none bigger than the game-winner with 0.9 seconds left to send Knicks fans home unhappy.

Young might not have the accolades that Doncic does but he has a chance to reach stardom if he continues to make big shots. Reddish is promising and could develop into a nice complimentary player to Young.

On the diamond, the Braves have had their share of organization-altering trades – perhaps none bigger than their move for John Smoltz in 1987. Atlanta acquired Smoltz from the Tigers for pitcher Doyle Alexander and it didn’t take long for the Braves’ new righty to make an impact.

He spent the vast majority of his career in Atlanta, spanning 1988-2008. In that stretch, he made eight All-Star games, led MLB in winning percentage twice, wins twice and was the 1996 Cy Young Award winner. He even finished eighth in MVP voting in 2002 as a closer when he led the league with 55 saves in 75 appearances.

His 69.5 WAR ranks seventh among all players in Braves history and remains one of the best pitchers to ever don the uniform. He was inducted into the Hall of Fame in 2015.

Tim Hudson didn’t have the decorated career that Smoltz did – few players in franchise history have – but he proved to be another brilliant addition to the Braves in 2004. He was acquired

from the Oakland A’s for Dan Meyer, Juan Cruz and Charles Thomas, none of whom panned out with their new team.

Hudson, on the other hand, was a staple in Atlanta’s rotation for almost a decade. From 2005-2013, he went 113-72 with the Braves, making one All-Star appearance and pitching five complete game shutouts. In 2010, he finished fourth in the Cy Young Award voting, going 17-9 with a stellar 2.83 ERA.

Fred McGriff was acquired by the Braves in 1993 in a deal for Vince Moore, Donnie Elliott and Melvin Nieves. He spent 4 1/2 years with the Braves, but left his mark on the franchise. McGriff made the All-Star Game three times, had 700 hits, clubbed 130 home runs and was eighth in MVP voting in 1994 – his first full season with the Braves.

He helped Atlanta win the 1995 World Series, a postseason in which he hit two home runs in the six games he played.

The list of successful trades made by teams in Atlanta is a lengthy one. Joe Johnson and Kyle Korver are underrated acquisitions by the Hawks, too, as was the Falcons’ trade to land quarterback Steve Bartkowski in the 1975 NFL draft.

Michael Vick shouldn’t go unmentioned, either, after the Falcons traded up to No. 1 overall in the 2001 draft and selected the former Virginia Tech quarterback. Vick was a three-time Pro Bowler with the Falcons, won four playoff games and played a vastly different style of football at the quarterback position than just about every other passer in the league.

Yet, as beneficial as all of these trades were for the Braves, Falcons and Hawks, Jones remains one of the best deals any team in the city has made. Regardless of whether he finishes his career in Atlanta or with another team, Jones should be a good bet for the Hall of Fame someday.

At his pace of 95.5 yards per game, he would only need to play 16 more games to crack the top 10 in career receiving yards. And the only players in the top 10 not to make it into the Hall of Fame (yet) are Larry Fitzgerald, Steve Smith and Reggie Wayne.