Page: Forces Driving Superstardom & Celebrity in Today’s NFL & NBA, and Why MLB Must Pick Up the Pace 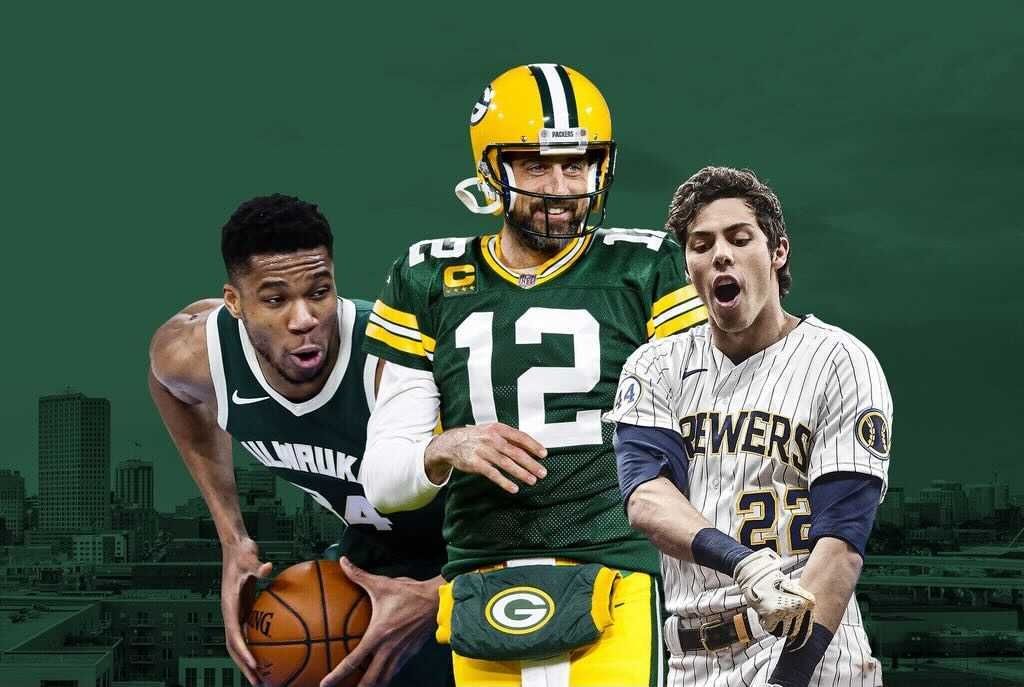 The NFL, NBA, MLB, and NHL represent the “Big Four” in sports. What are the forces driving popularity and superstardom in these leagues, and why do football and basketball rule the roost? Consider Milwaukee. Nationally, almost everyone knows who Aaron Rodgers and Giannis Antetokounmpo are, but Christian Yelich isn’t exactly a household name. Why not?

Yelich won the NL MVP Award in 2018, and the Brewers came within one win of reaching the World Series that year. Ahead of the 2020 season, Milwaukee signed Yelich to a nine-year, mega-contract for $215 million. As of this writing, Yelich has 662,000 followers on Instagram. Rodgers has 1.6 million IG followers, while Antetokounmpo soars ahead of the pack (no pun intended) with 10.3 million.

The fact that the NBA is saturated with European talent and that Giannis is a Greek-born Nigerian, plays a part. Winning is helpful, too. When players win individual awards and teams win championships, the global recognition of their organization skyrockets.

Rodgers is the reigning NFL MVP, and led the Green Bay Packers to a Super Bowl victory in 2010. Rodgers and Antetokounmpo each have won multiple MVP awards and secured a championship victory for their Wisconsin-based teams. Is that the main reason that they are so much more well-known than Yelich? Not necessarily.

San Francisco Giants catcher Buster Posey has won NL ROY, a batting title, NL MVP, and three World Series rings. Posey is flashing his 2012 form again this year, and has entered the MVP discussion for the 2021 season. Despite being wildly popular in San Francisco, Posey hasn’t commanded the same spotlight as The Golden State Warriors’ Steph Curry. Curry has three rings, just like Posey, but Steph (35.2 MIL) has more than 100 times the IG followers that Buster (354K) does. Even Trey Lance, who hasn’t taken a single snap for the San Francisco 49ers yet, has 283,000 followers on Insta.

Look at Arizona. The Phoenix Suns have international icons like Chris Paul and Devin Booker taking the court. The Arizona Cardinals run onto the field with global superstars such as Larry Fitzgerald, Kyler Murray, and DeAndre Hopkins. How many Diamondbacks or Coyotes come to mind readily for the average sports fan who isn’t living in Arizona? Maybe SP Madison Bumgarner for the D-backs? The Coyotes have played competitively the last few campaigns, yet howl at the moon, largely unnoticed.

Variables such as market exposure, game attendance and viewership, length of the season, and the sport’s excitement level factor. Football is an intense, full-contact sport that demands our attention during every second of the action. Basketball offers high-flying. seesaw acrobatics and the chance for rapid-fire instant gratification.

Compare those dynamics with that of our “national pastime.” Baseball is a slow-moving game that averages three-plus hours in length, rolling out over the course of a 162-game season. Game speed and length of commitment cannot be underrated when considering the popularity of a sport or its players in this day and age.

The NFL season now consists of 17 regular season games, while the NBA has shortened its season from 82 games to 72 for several reasons. The NHL drastically shortened its regular season, dropping from 82 to 56 in light of COVID-19 concerns last season and plans to return to 82 in its upcoming campaign. Hockey is exciting and entertaining moment to moment, but is also the sub-zero unicorn of the Big Four.

Ponder the personal connectivity factor. Basketball courts are readily available around the world, are often indoors, and there really is no equipment needed to play. People who love hoops can find a place to shoot around, get into a pickup game, or join a league fairly easily.

Football can be played anywhere there’s enough room to delineate out-of-bounds and mark off the end zones. An amateur baseball game requires a bit more. Bases, a bat, a ball, a glove, and a gaggle of players in order to do it correctly.

Hockey is more challenging, because in addition to needing skates, a stick, a puck, and a net, you also need ice. Of course, there’s roller and floor hockey, but the point is availability and connectivity to the sport.

Folks with less money for equipment and/or infrequent access to proper fields, courts, and rinks may gravitate to what’s at hand. There’s a reason that 43.1% of NHL players are Canadian. Canada is as cold as the blood that runs in Sidney Crosby’s veins when the pressure is on in a big game.

Based on stats from 2019 posted on statista.com, the NFL unsurprisingly recorded the largest average attendance numbers of the Big Four. Pro football averaged 66,479 fans filling the stadiums each game, with the Dallas Cowboys ranking first. It makes sense that Ezekiel Elliott and Dak Prescott were both in the top-five for jersey sales that year. Jersey sales equal increased exposure, which eventually translates to spiked popularity.

MLB was the runner-up with 28,317 average attendants, followed by the NBA (17,750) and the NHL (17,456). And, remember, the latter two sports take place in indoor arenas with far less capacity than NFL and MLB venues.

The top-selling jerseys in each respective sport were Aaron Judge, LeBron James, and Sidney Crosby. This gives us a nice snapshot of fan attendance and interest level across the four major sports categories in the last pre-COVID seasons. Despite the higher attendance numbers for MLB, their players and coaches still struggle to get the level of celebrity that characters in the NBA do.

If MLB wants to survive and have its players and coaches reach the same level of global recognition and superstardom as the NFL and NBA, it may need to make some changes. For starters, shorten the season as 162 games is excessive and incompatible with the speed of our society now. The length of individual games should be shortened as well.

MLB has already implemented a couple of tweaks to improve the sport’s efficiency. One is the employment of a simple signal to be made for an intentional walk, rather than having the pitcher physically throw the four pitches. Another is a rule limiting the amount of mound visits that can be made by managers, coaches, and players.

Commercial breaks have been shortened. There’s a new rule in place designed to speed along extra innings. Each team starts the inning with the player who made the last out on second base, thus providing three cracks at it with a runner in scoring position. Yet the games seem to be getting longer, despite these measures.

The next logical step for MLB is to implement, and firmly enforce, a pitch-clock. Pitchers take forever deciding what pitch to throw, and when they finally do, the batter steps out of the box. This drawn-out showdown is what gobbles up so much time and sucks the life out of our baseball-loving souls.

NFL offenses can't just stand at the line of scrimmage yelling “Omaha” for an indefinite period of time. NBA point guards can't run around dribbling for three minutes in hopes of rocking the defense to sleep. A pitch-clock would work, and we would all adjust. Everyone loves a countdown.

Speeding up the game of baseball is necessary to make it more relevant and appealing to the populace. We need to shine a fresh new light on the sport of baseball.

A natural byproduct of this evolution would be the elevation of MLB’s top assets to a higher level, at least nationally, if not globally.

In the world of sports marketing monsters, it’s best to make it interesting and keep it moving. The L.A. Angels’ Shohei Ohtani is a prime example. Ohtani is becoming the Babe Ruth of the modern era. MLB made the Japanese star the focus of its All-Star activities.

However, it also spotlights the problems the sport has. The Angels have arguably the best player in baseball, Mike Trout. The outfielder has been sidelined for much of this season due to injury. And it attracts precious little attention.

Anaheim is not far from Los Angeles, but media-wise, it might as well be in another time zone. The Lakers’ LeBron James misses a game and it is minute-by-minute news. The Dodgers’ superstars are newsworthy for any blip. Aaron Donald of the Rams is a mega-star in the NFL. And you can add in Kawhi Leonard and Paul George of the Clippers, a team that is far secondary to the Lakers but still attracts way more attention that anything the Angels could do.

The truth is for all his greatness, Shotime will never come close to Showtime or any other slice of Los Angeles sports, be it present or history. And that is why MLB is nowhere close to the NFL or NBA on any level.