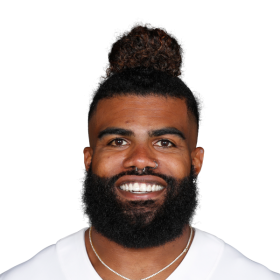 In 2019, Ezekiel Elliot returned to Mathews-Dickey Boys and Girls Club for a free camp. The camp included field work, direct interaction, dining, photos and autographs. Elliot scored his first ever touchdown as a youth on that field and it holds special meaning to him.

In 2019, Ezekiel Elliott announced he would cover the funeral expenses for 14-year-old Jaylon McKenzie, a football prodigy who was shot and killed at a party. Jaylon was hit by a stray bullet after a fight broke out at a party he was attending.

Our Rescue and Investigations team responds to more than 3,000 cases of cruelty each year in a variety of Texas counties, of which less than half of one percent are pursued with civil charges. Most are resolved through education and compliance

get involved
The Salvation Army

In 2018, Ezekiel Elliott reached an agreement with The Salvation Army, that includes matching every $21 gift to the Red Kettle Campaign. The Cowboys, who have long had a partnership with the organization, will match each gift for a total of $42,000. $21,000 from Elliott and from the Cowboys.

Elliot attended John Burroughs School in Ladue, Missouri, where he played football, basketball, baseball, and ran track. In football as a junior, he rushed for 1,802 yards and 34 touchdowns and caught 23 passes for 401 yards and six touchdowns. As a senior, Elliot recorded 3,061 all-purpose yards and 50...

Elliot attended John Burroughs School in Ladue, Missouri, where he played football, basketball, baseball, and ran track. In football as a junior, he rushe...

Elliot attended John Burroughs School in Ladue, Missouri, where he played football, basketball, baseball, and ran track. In football as a junior, he rushed for 1,802 yards and 34 touchdowns and caught 23 passes for 401 yards and six touchdowns. As a senior, Elliot recorded 3,061 all-purpose yards and 50 touchdowns, including 2,155 rush yards and 40 rushing touchdowns along with 16 receptions for 383 yards. He was ranked the 9th best running back in the country and played in the 2013 U.S. Army All-American Bowl. In addition to football, Elliot was a standout track star and won four state Championships as a senior in the 100-meter dash, 200-meter dash, 110 high hurdles, and 300-meter hurdles.  Elliot received multiple Division I offers but signed with Ohio State University.

Elliot played three years with the Ohio State Buckeyes from 2013 to 2015. In 2014, he helped lead his team to a Big-Ten Championship and a victory in the College Football Championship game over Oregon. He rushed for 246 yards on 36 carries scoring four touchdowns and was named offensive MVP in the Championship Game. In total, Elliot rushed 592 times for 3,961 yards and 43 touchdowns in addition to totaling more than 4,400 yards from scrimmage.  Elliott was named the 2015 Graham-George Offensive Player of the Year and was selected as Unanimous First Team All-Big Ten. He was second in career rushing yards with 3,961 and yards per game with 101.6 behind Ohio State great Archie Griffin. Elliot logged twelve 100-yard rushing games in the 2015 season tying Eddie George for a school record. He and George are the only Ohio State players with five 200-yard rushing games. In 2015 Elliot was named Big Ten Offensive Player of the Year and Big Ten Most Valuable Player.

Ezekiel Elliot was selected in the first round by the Dallas Cowboys with the fourth overall pick in the 2016 NFL Draft. In his rookie year, Elliot rushed for 1,631 yards and 15 rushing touchdowns and helped lead his team to the divisional round playoffs. He was named to the 2016 PFWA All-Rookie Team and First-Team All-Pro. In total, Ezekiel Elliot has registered more than 4,000 yards on 868 attempts and 28 rushing touchdowns in addition to 135 catches for 1,199 yards and six scores. He was the NFL's leading rusher in 2016, and 2018 and has been selected to two Pro Bowls.

Prior to the 2019 season, Elliot agreed to a six-year, $90 million contract extension with the Dallas Cowboys making him the highest-paid running back in the NFL, with more than $50 million guaranteed. 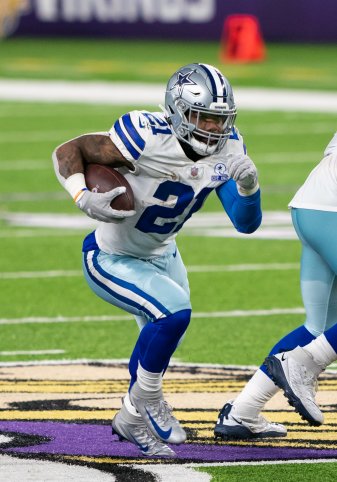 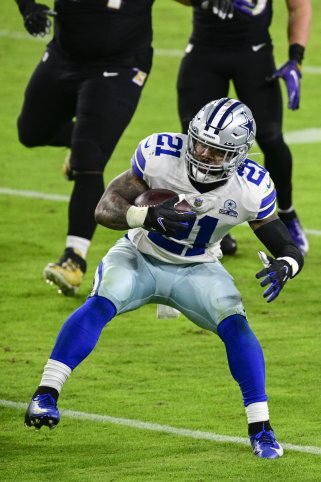 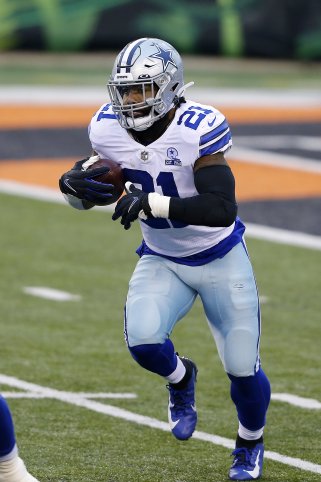 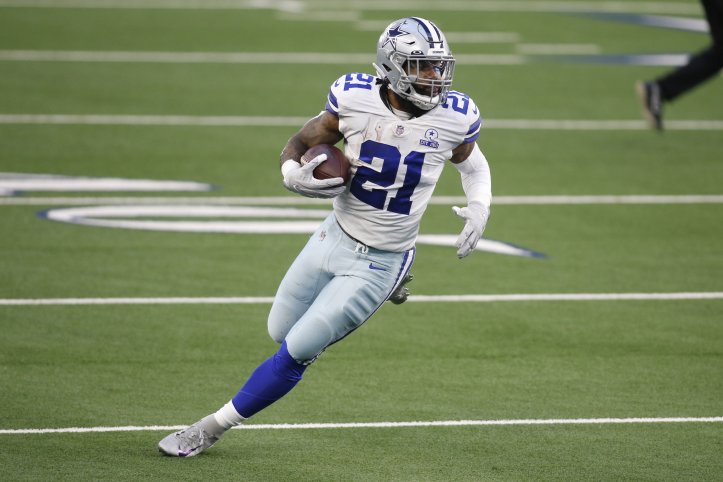 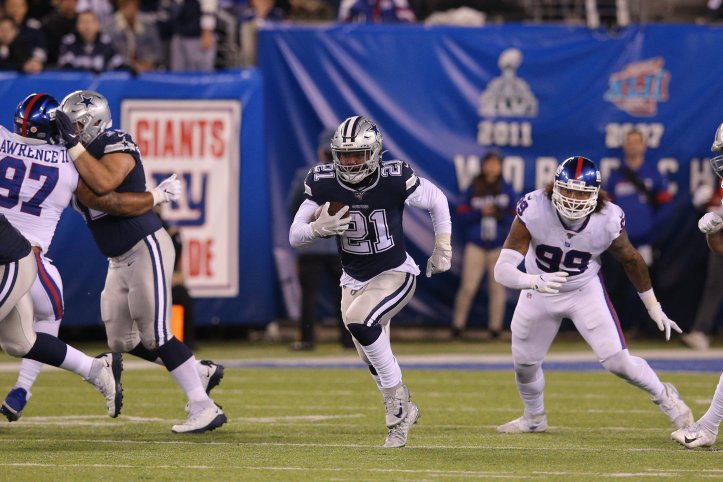 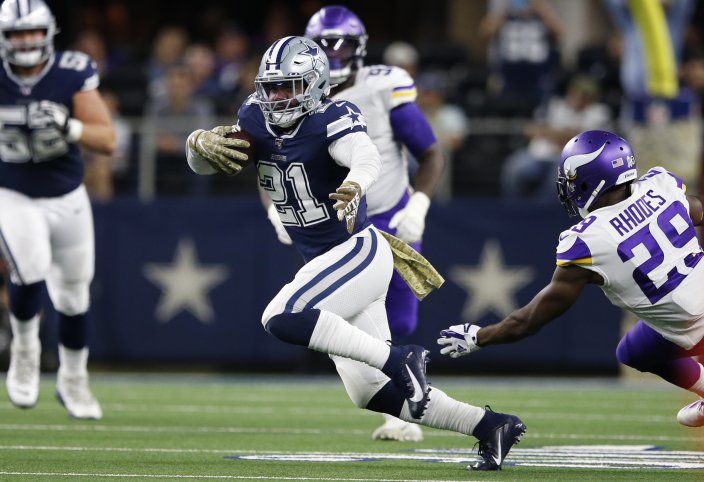 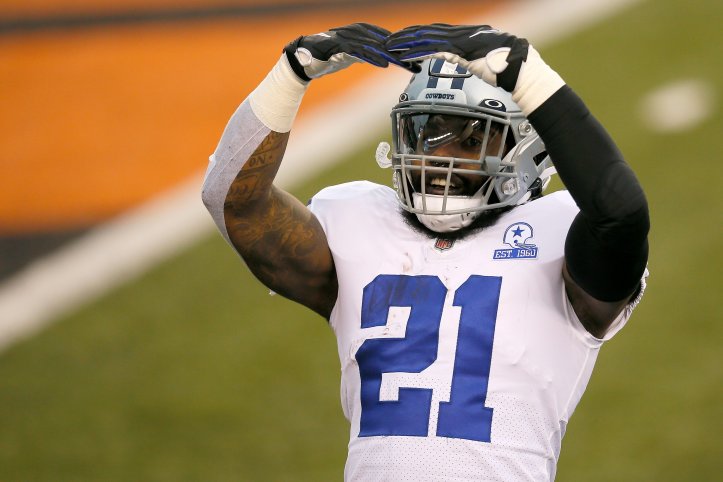 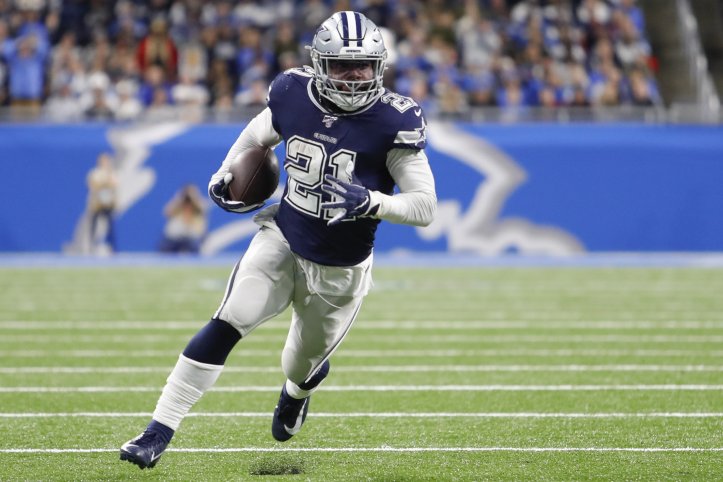 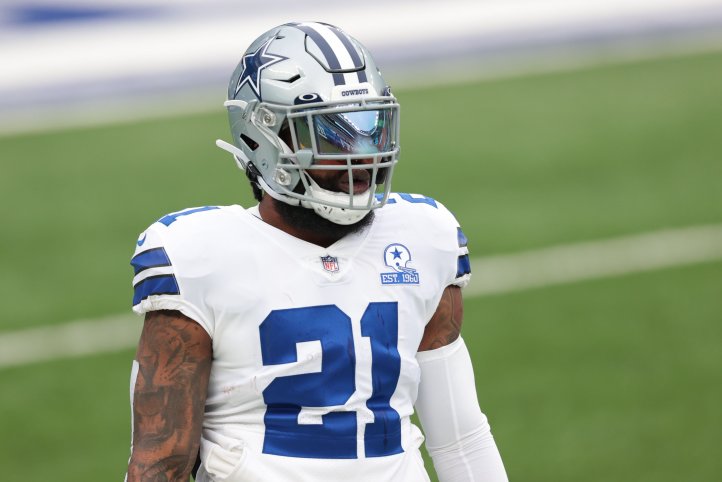 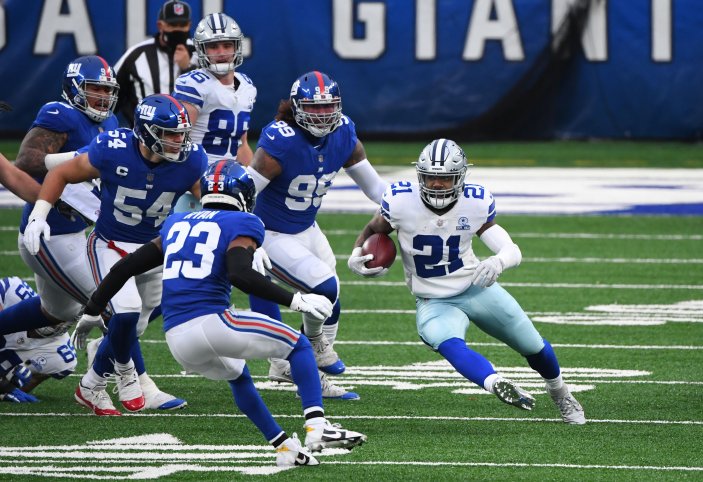 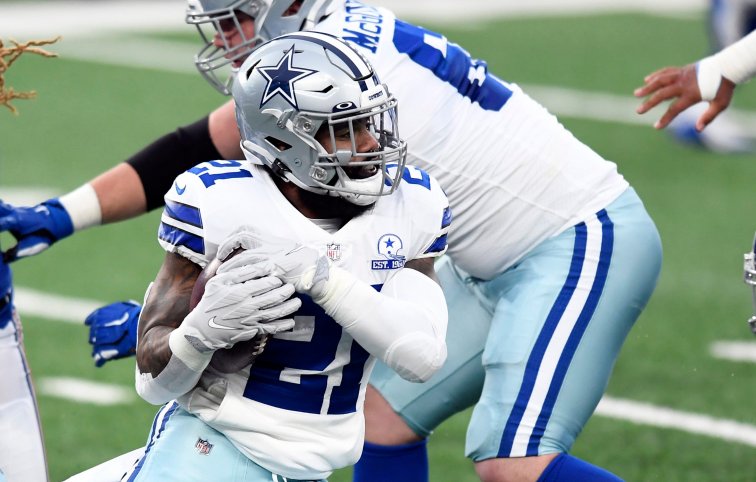 RT @Cardinals: 🥹 It’s Albert Pujols Day in the City of St. Louis! How are you celebrating? https://t.co/iD76PCQZ2D

RT @JeffKolbFOX4: They say a picture can be worth a thousand words. How about this @dallascowboys moment. @dak x @michael13gallup https:/…