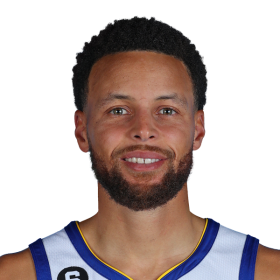 Stephen and Ayesha Curry’s Eat. Learn. Play. Foundation is committed to unlocking the amazing potential of every child by fighting to end childhood hunger, ensuring students have access to a quality education, and providing safe places for all children to play and be active.

ARF saves dogs and cats who have run out of time at public shelters and brings people and animals together to enrich each others lives. ARF strives to creat.

Media entrepreneur and philanthropist Ted Turner founded the UN Foundation in 1998 because he believed the United Nations is indispensable to tackling humanity’s greatest challenges and driving global progress. The same belief guides us today. We act as a strategic partner to help the UN mobilize the ideas, people, and resources it needs to deliver, and grow a diverse and durable constituency for collective action. We focus on issues at the heart of the Sustainable Development Goals, build initiatives across sectors to solve problems at scale, and engage influencers and citizens who seek action. Partnership, and the power of smart and strategic collaboration, is in our DNA. We believe everyone has a part to play, everyone’s voice should be heard, and everyone has a stake.

get involved
Nothing But Nets

Every two minutes, a child dies from malaria – a deadly, yet preventable disease. The United Nations Foundation’s Nothing But Nets campaign is the world’s largest grassroots campaign working together to save lives by bringing together UN partners, advocates, and organizations, to raise awareness, funds, and voices to protect vulnerable families from malaria. Together from students to superstars to CEOs, let’s end malaria for good.

The V Foundation for Cancer Research was founded by ESPN and legendary basketball coach Jim Valvano with one goal in mind: to achieve Victory Over Cancer®. Since its formation in 1993, the V Foundation has awarded more than $250 million in cancer research grants nationwide and has grown to become one of the premier supporters of cutting-edge cancer research. Due to generous donors, the Foundation has an endowment that covers administrative expenses.

Curry is the son of Sonya and Dell Curry. He was born in Akron, Ohio while his father was a member of the Cleveland Cavaliers. He grew up in Charlotte, North Carolina, where his father spent most of his NBA career with the Charlotte Hornets. Dell often took Curry and his younger brother ...

Curry is the son of Sonya and Dell Curry. He was born in Akron, Ohio while his father was a member of the Cleveland Cavaliers. He grew up ...

Curry is the son of Sonya and Dell Curry. He was born in Akron, Ohio while his father was a member of the Cleveland Cavaliers. He grew up in Charlotte, North Carolina, where his father spent most of his NBA career with the Charlotte Hornets. Dell often took Curry and his younger brother Seth to his games, where they would shoot with the Hornets during warm-ups. The family briefly relocated to Toronto, where Dell finished out his career as a member of the Raptors. During this time, Curry played for the Queensway Christian College boys' basketball team, leading them to an undefeated season. He was also a member of Toronto 5–0, a club team that plays across Ontario, pitting him against fellow future NBA players Cory Joseph and Kelly Olynyk. Curry led the team to a 33–4 record, en route to winning the provincial championship.

Following Dell's retirement, the family moved back to Charlotte and Curry enrolled at Charlotte Christian School, where he was named all-conference, all-state, and led his team to three conference titles and three state playoff appearances. Because of his father's storied career at Virginia Tech, Curry wanted to play college basketball for the Hokies, but was only offered a walk-on spot due in part to his slender 160-pound frame. He ultimately chose to attend Davidson College, who had aggressively recruited him from the tenth grade.

Curry was named to the Associated Press' All-America Second Team on March 31, 2008. He also was named the Most Outstanding Player of the Midwest Region of the 2008 NCAA Tournament, becoming the first player from a team not making the Final Four to do so since Juwan Howard of Michigan in 1994. Curry was nominated for an ESPY in the Breakthrough Player of the Year category.

Curry earned Western Conference Player of the Month honors for the month of April, averaging 25.4 points, 8.1 assists, 3.9 rebounds and 2.13 steals in eight games in the final month of the season to become the third Warrior to ever win the award, joining Chris Mullin (November 1990 and January 1989) and Bernard King (January 1981).

Prior to the start of the 2014–15 season, the Warriors hired former NBA player and general manager Steve Kerr as their new head coach. Kerr implemented significant changes to Golden State's schemes, including playing at a faster pace and giving Curry more freedom to shoot, helping the team evolve into a title contender. On February 4, Curry scored a season-high 51 points in a win over the Dallas Mavericks. He was the leading vote-getter for the All-Star Game and won the Three-Point Contest on All-Star Saturday night. On April 9, he broke his own league record for three-pointers made in a season during a game against the Portland Trail Blazers. The Warriors finished the year with 67 wins and Curry was voted the NBA Most Valuable Player after posting averages of 23.8 points, 7.7 assists and 2 steals per game. Over the course of the season, he sat out 17 fourth quarters due to Golden State's wide margins of victory.

On July 1, 2017, Curry agreed to a five-year, $201 million extension with the Warriors, becoming the first NBA player to sign a supermax contract worth over $200 million. He officially signed the contract on July 25.

With a following of over 14M on Twitter and nearly 32M on Instagram, Curry is one of the most influential stars both on and off the basketball court. He was the first person to be named Most Valuable Player by unanimous vote in NBA History, the first player to hit 100 3-pointers in the NBA Finals, one of a select few to win MVP awards two years in a row, and most recently, became the all-time leading scorer in Golden State Warriors history.

Off the court, he is an emerging figure in Silicon Valley, investing in innovative consumer and enterprise tech companies.

Last year, Stephen and Ayesha Curry launched the Eat. Learn. Play. Foundation, whose mission is to unlock the potential of every child by ending childhood hunger, ensuring universal access to education, and enabling active lifestyles. The family foundation is dedicated to providing underprivileged children with the fundamental resources they need to thrive in life, with an emphasis on the Bay Area and Oakland communities. He most recently launched Curry Brand, a purpose driven legacy brand powered by Under Armour, whose mission follows a similar undertaking of creating opportunities and increasing access for youth sports across the country.

Stephen is also the founder of the Film & Television company Unanimous Media specializing in faith, family and sports content in tandem with Sony Studios

Steph Curry loves posting about his adventures on the golf course, so an extreme mini-golf competition series with him at the center was a natural fit. Not only does Curry show up in each episode to best random contestants, but he’s also an executive producer on the ABC series "Holey Moley". Season two is currently airing for anyone desperate to see Curry out on some kind of court again. 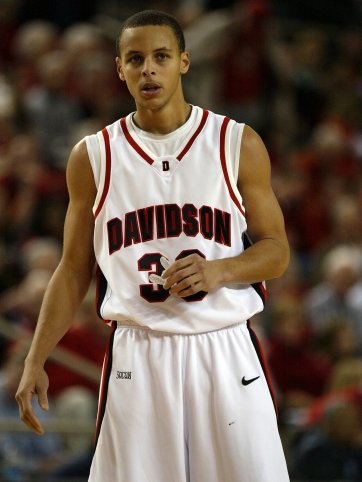 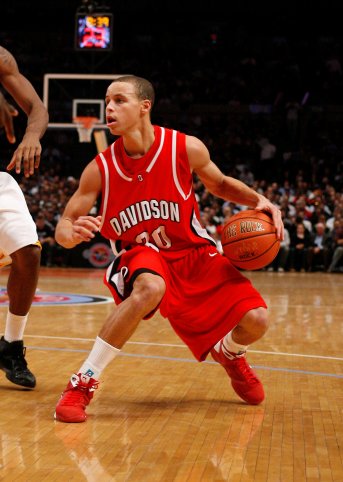 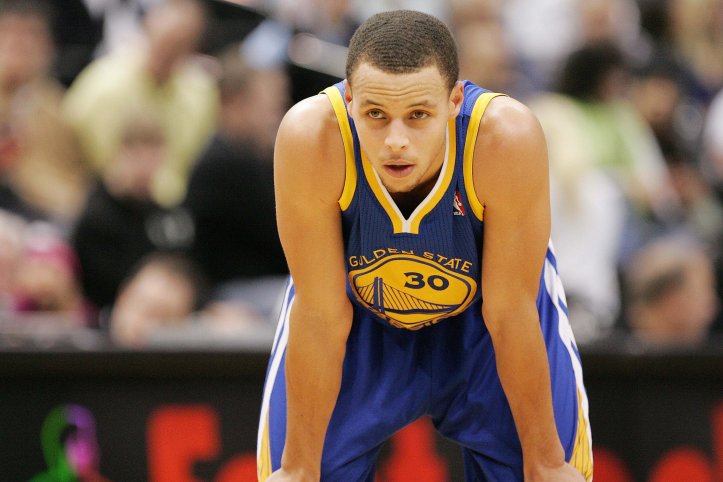 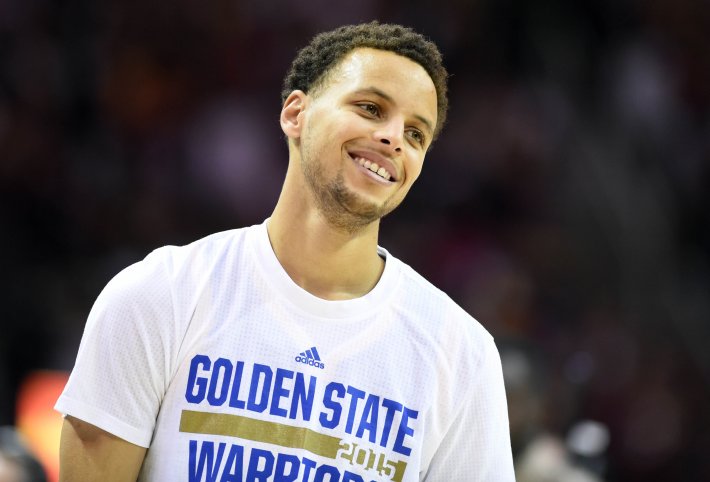 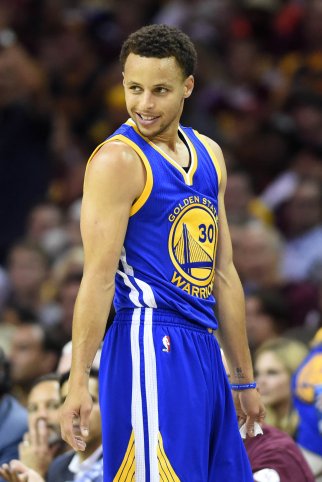 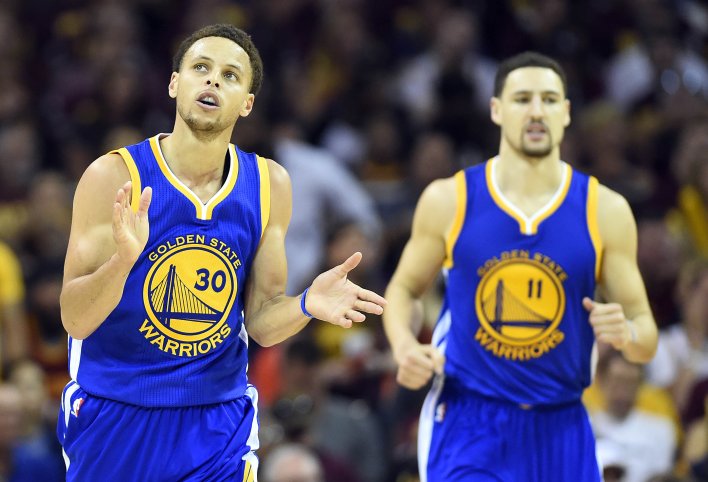 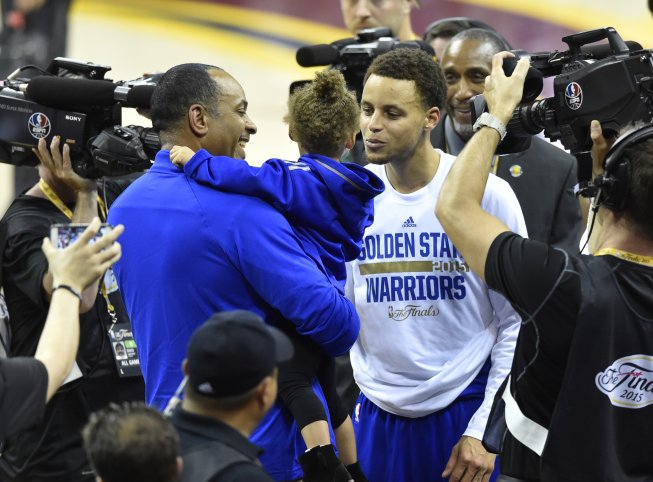 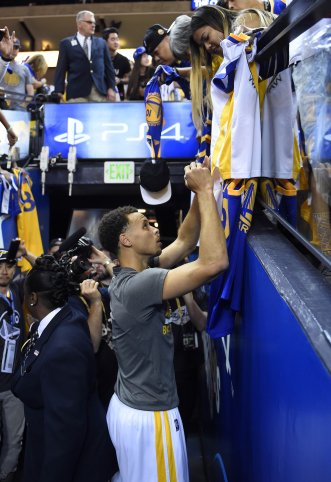 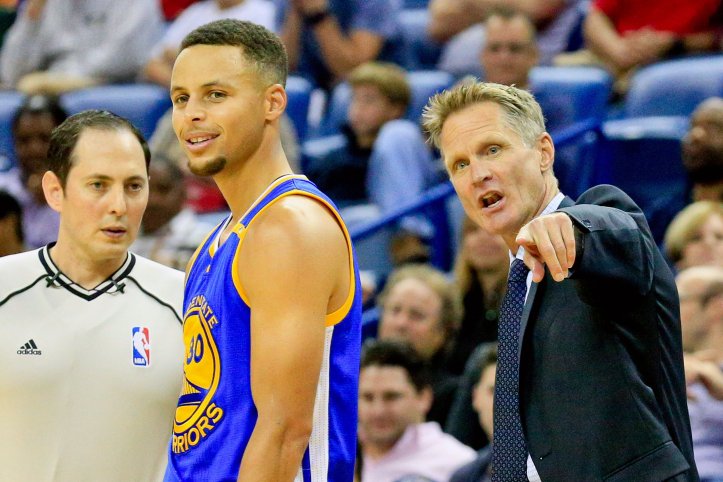 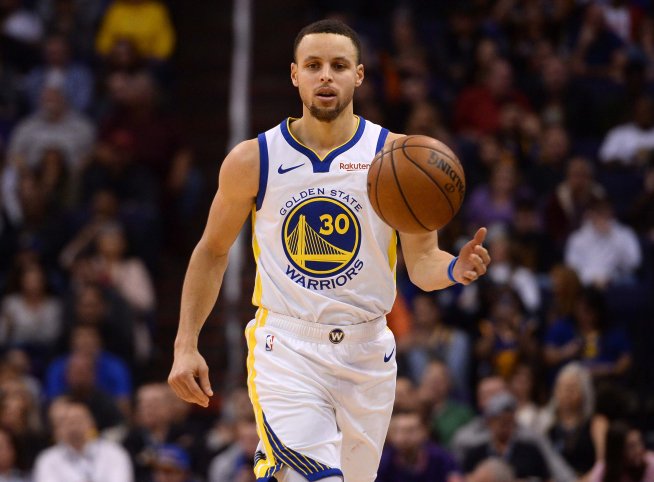 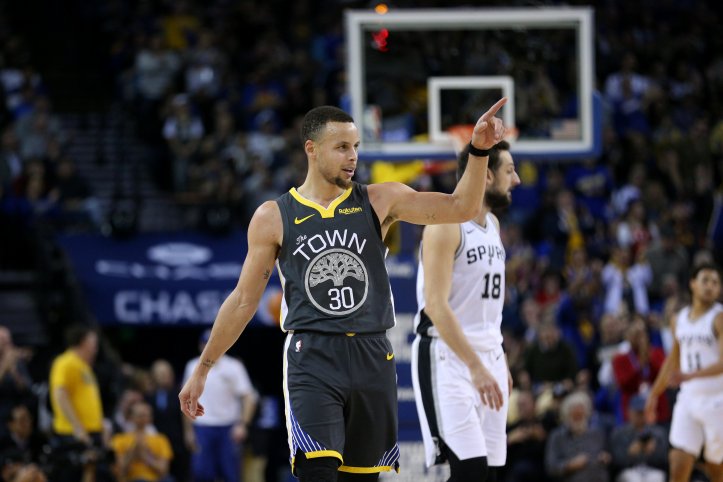 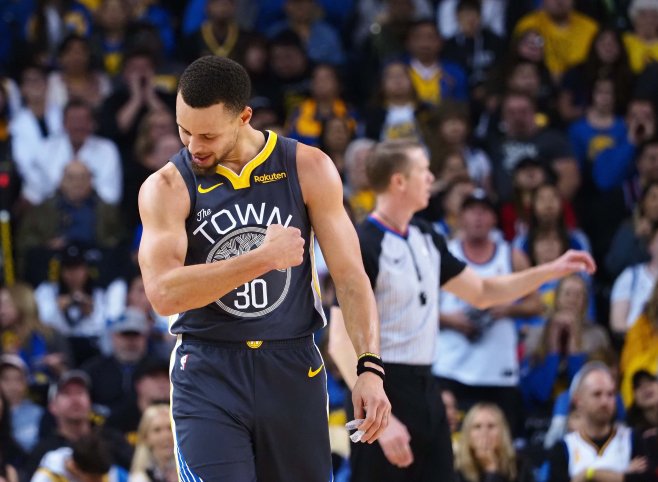 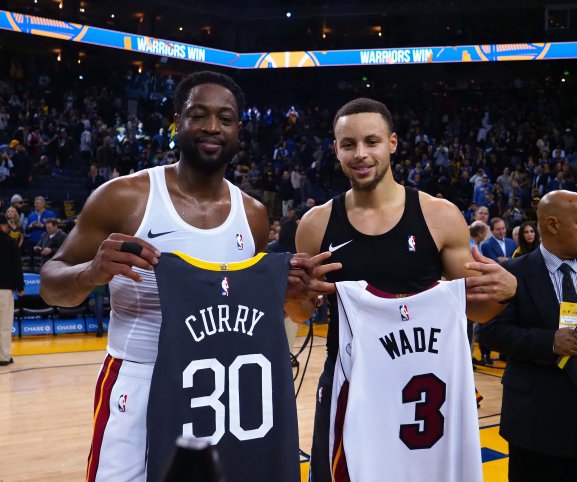 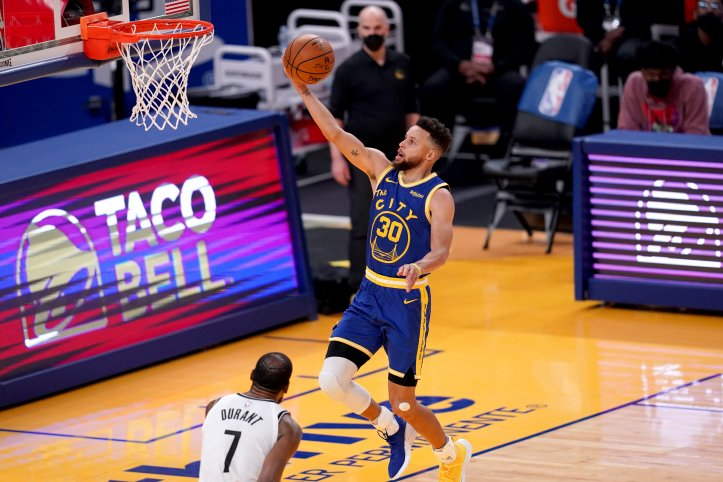 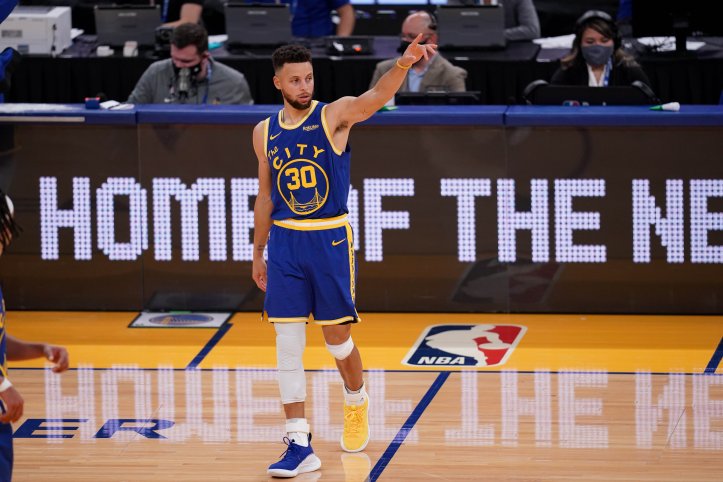 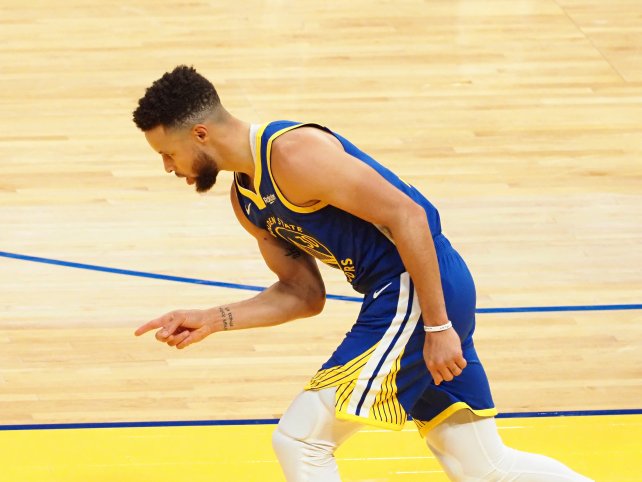 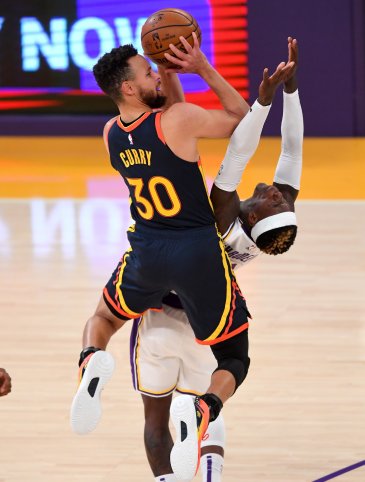 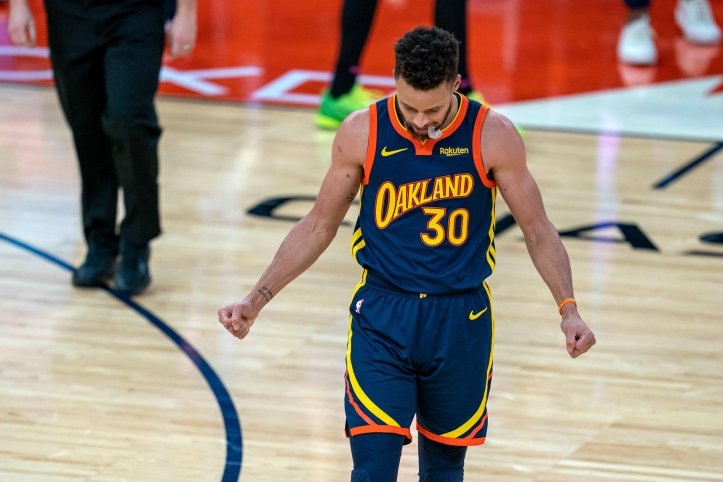 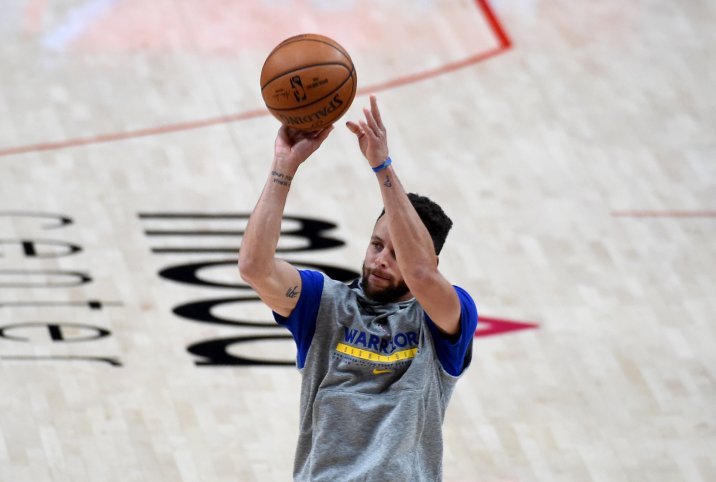 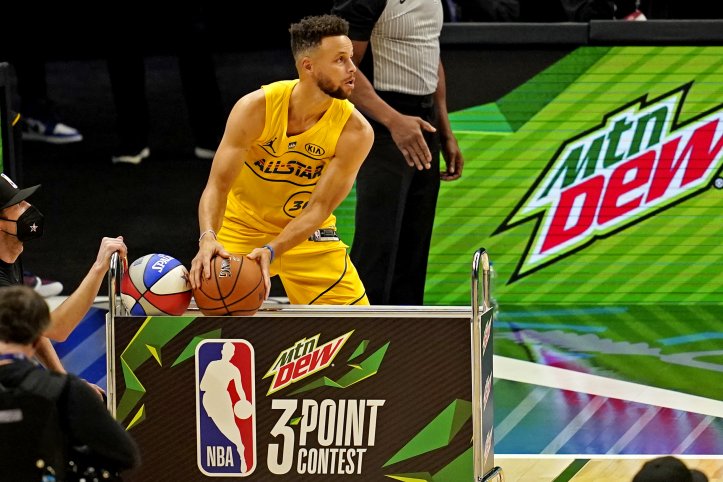 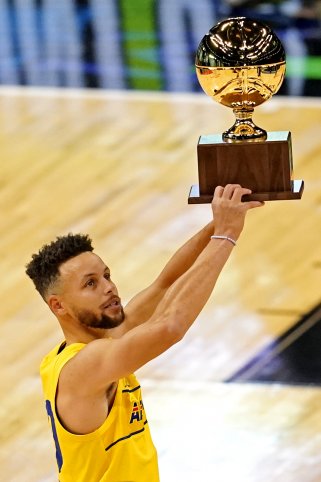 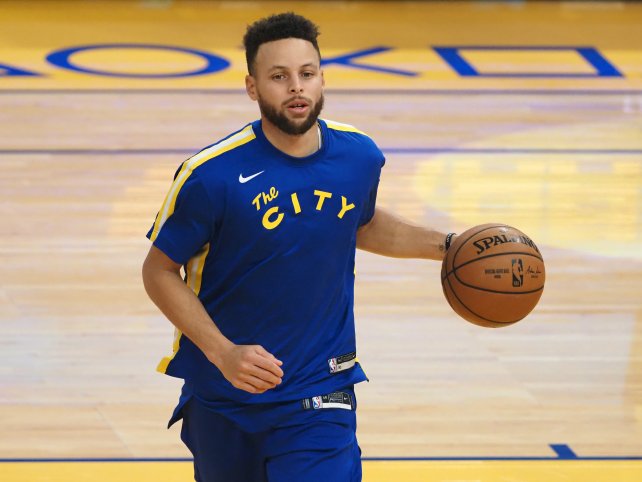 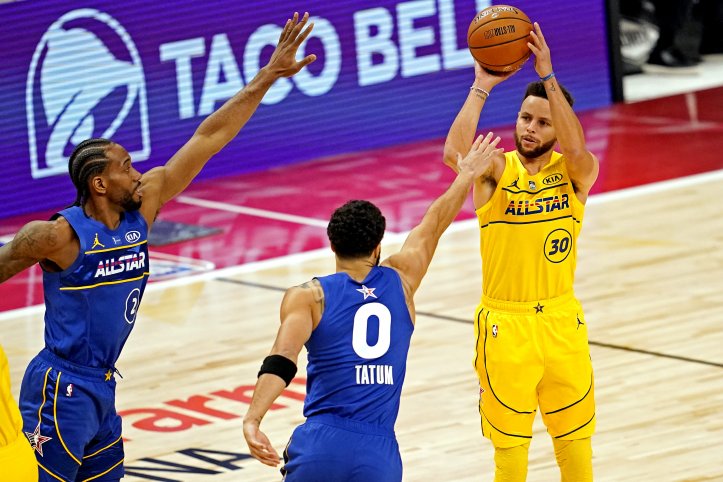 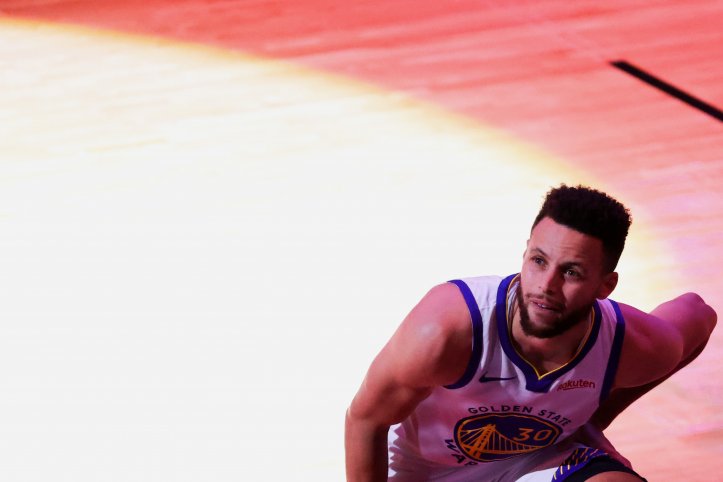 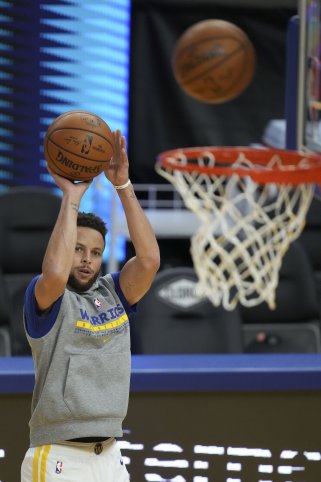 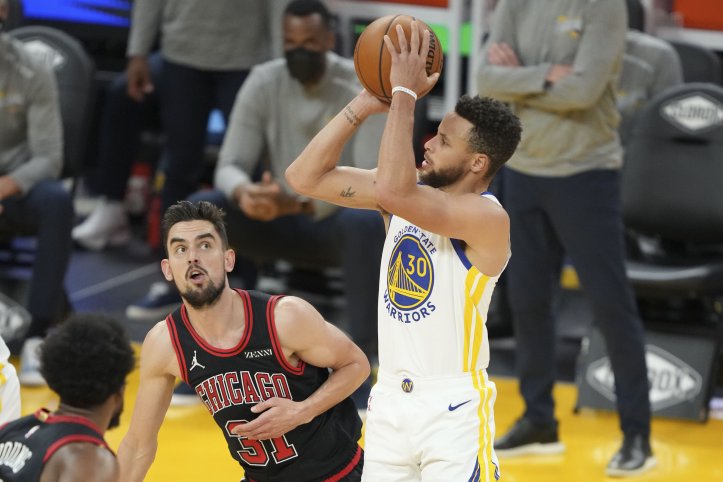 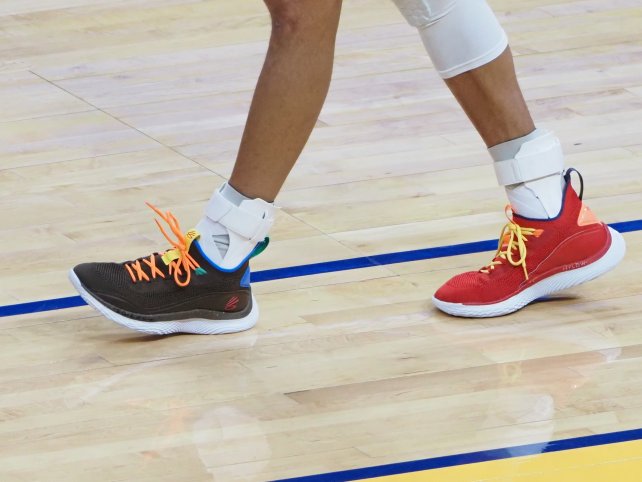 Best time of year. #dubnation back under the bright lights. Let’s goooo! https://t.co/yvJ0SoFQNv

RT @TheNBPA: As part of the festivities, @StephenCurry30 Team Curry squad from Charlotte battled it out with NY Elite for $30,000 in grants…

RT @TheNBPA: This past weekend, Curry Brand and the NBPA hosted a neighborhood celebration for the Harlem community at the newly refurbishe…

Beautiful day in the neighborhood for Harlem... so dope to watch @TeamCurry do their thing against the NY Elite and @sesamestreet held it down with the block party. S/o to all the young hoopers doing GOOD, I see y’all! 🔥🙌🏽 #currybrand https://t.co/1fJVkWtNvi