By Steve Tsilimos | Posted 4 months ago 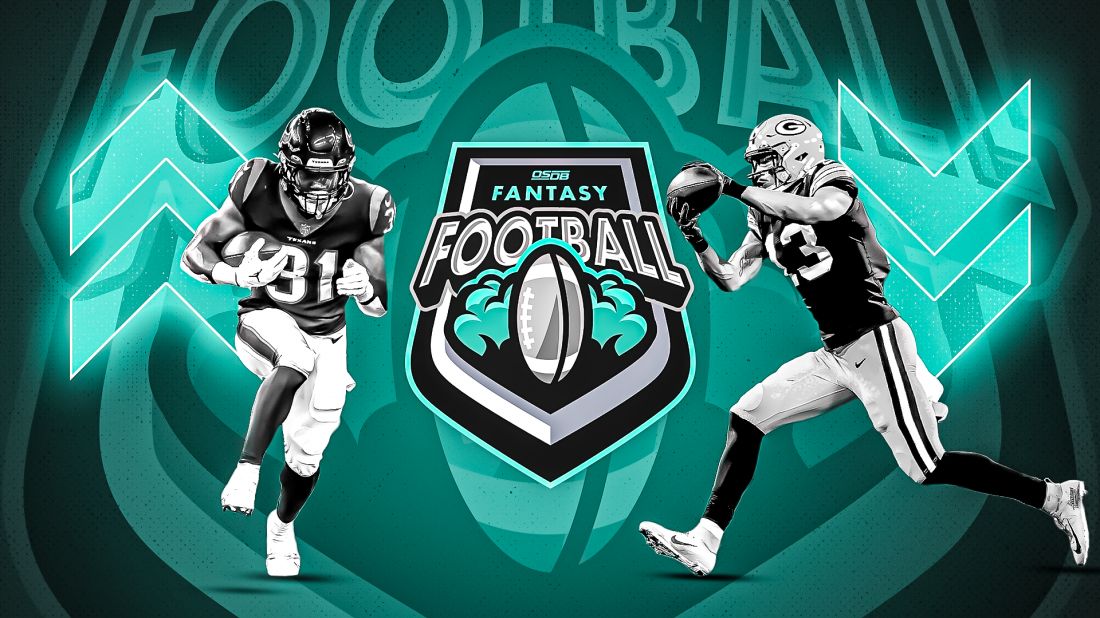 Thank the heavens above that fantasy football is finally here. It always feels like the offseason drags on as a fantasy football manager. All the research and drafts are fun, but all that is preparation for what is to come.

NFL teams around the league are preparing for their Week 1 matchup, and so should you as a fantasy manager. Now that your team is set, you have choices to make on who to start and if you need to target the waiver wire before this thing gets rolling.

This article is to point out some of the players that have been rising and have a good chance to have a good Week 1, along with some of the players who have been falling and could either be cut or left out of lineups this week. For the managers that recently drafted, this may not be news to them. This list should provide some nice insight for the managers who drafted weeks or maybe months ago and have not looked at their team since.

Some players' stocks have been rising the past few weeks as others have fallen. There are many reasons that players become better options than others. Injuries are a big reason why players start to fall. Some reasons players start to rise are because they are listed higher on the depth chart than expected, or someone in front of them is injured.

Players Who Are Rising in Fantasy

Marcus Mariota finished his fantastic preseason with a passer rating of 137.5. Mariota has been a fantasy-relevant QB in years past but mainly because of his legs. Now he is fighting for a new contract and to prove he still is a starter in the NFL. The Falcons have some of the most talented young pass-catchers in TE Kyle Pitts and WR Drake London. To make things better for Mariota in fantasy, the Falcons' defense is not going to be very good. Mariota will need to throw a lot to keep his team in games, and he has the weapons to really help him. He is definitely worth a spot on your bench if you need a backup QB, and he is someone to watch out for if the Falcons can figure out how to put it all together.

Dameon Pierce has consistently seen his ADP rise over the past month because it went from optimism all the way to certainty that he is going to be the starting RB in Houston. The fourth-round pick out of Florida did not have a great college career or even a great combine, but he was picked up by the Texans, who desperately needed some fresh legs at RB. There was a lot of optimism that Pierce would eventually take over as RB1 because his competition was veterans Marlon Mack and Rex Burkhead. As the summer progressed and preseason drew to a close, it was obvious that Pierce was the best back in Houston. Pierce averaged 6.1 yards after contact per attempt on his 11 preseason carries, which is shockingly good. Then, to solidify his case, the Texans cut Mack this past Monday. Pierce is now a solid RB2 option heading into Week 1.

Sammy Watkins has always been a tease in fantasy since he entered the league. The fourth-overall pick of the 2014 draft has not quite lived up to his hype coming out of college. What's different now? He has Aaron Rodgers throwing him the ball on a team that is uncertain who will end up as WR1. Watkins could end up as WR1 because he has eight years of NFL experience. Many people believe that Allen Lazard is going to be Rodgers' favorite target this year, but that is still speculation. Lazard may end up missing Week 1 due to an undisclosed injury. If Lazard does miss the first game, then it is not crazy to think Watkins ends up leading the Packers in receiving this Sunday. Furthermore, it would not be crazy to think that Rodgers builds trust in the veteran WR and continues to feed him the ball for the rest of the season.

No one’s stock has risen more in the past month than Isaiah Likely. The rookie TE went from someone people weren’t considering drafting to a sleeper pick and is now a possible starter in Week 1. He has thoroughly impressed throughout the preseason catching all 12 of his targets for 144 yards. He will obviously not take Mark Andrews' job this year, but the Ravens could end up running a lot of two-TE sets. He likely could end up being WR3 on a Ravens team desperate for someone to step up in the passing game. Likely is not someone I would start this week, but he is worth stashing on your bench to see if he ends up seeing enough targets to earn him a start later in the year.

Players Who Are Falling in Fantasy

Trey Lance was one of the QBs I targeted in my drafts this summer. He is set to take over a high-powered offense with a ton of weapons and one of the best offensive coaches in the league. He may not be the best passer yet, but his usage in the running game, especially around the goal line, gives him top-5-QB potential. None of that has changed but what does worry me now is that the 49ers decided to restructure Jimmy Garoppolo’s contract to keep him for the season. As an owner of Lance, if he struggled early on, I would be looking at a backup QB anyways, so him getting replaced for struggling doesn’t worry me. What worries me is that the 49ers are lacking confidence in Lance. Also, it could make Lance play a bit timid because he is afraid of losing his job.

Cam Akers has consistently been falling down draft boards this summer. The concerns that he will not be effective because he is coming off of an Achilles injury have crept into the minds of many managers. The other concern is that he will be in a split backfield with Darrell Henderson. The Rams backfield is one of the hardest to decipher at the moment, which is why Akers continues to lose fantasy managers' confidence. Akers was being drafted as a solid RB2 to start the summer, but now he is being ranked as an RB3 as we approach Week 1.

Tyler Lockett is going from Russell Wilson throwing him the ball to Geno Smith, which is a huge downgrade. The change at QB has many managers worried he will not be able to produce on the field. Lockett was still being drafted in the fifth round early on this summer because of his great career so far, but he has slowly fallen down the draft boards to WR45. Coming into Week 1, Lockett is a flex-WR at best and a tough one to trust. Seattle seems content on playing out the year and lining themselves up for drafting a QB early in next year's draft. Coach Pete Carroll is going to run the ball and try to keep things close so fans do not get too upset. There is not a clear path for Lockett to stay fantasy relevant this season.

Ertz has crept down draft boards to TE9 this summer. He has been dealing with injury concerns during the preseason, which seems to be the main reason for his fall. His status for Week 1 was up in the air, but it does look like he will play. Ertz has a huge upside in a high-powered offense that will not have their No. 1 WR DeAndre Hopkins until Week 7. Ertz may be falling on draft boards, but he’s set for some big weeks early on this season. Ertz may be falling, but his upside is still there and should be started if he is healthy enough to play this week.