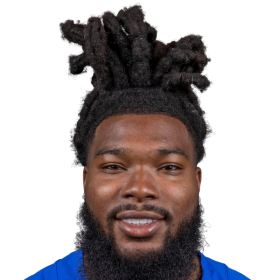 At high school, he was a 2014 Clarion Ledger Dandy Dozen selection, was named the 2014 state of Mississippi Gatorade Footb...

At high school, he was a 2014 Clarion Ledger Dandy Dozen selection, was named the 2014 state of Mississippi Gatorade Football Player of the Year, he was also honored as the 2014 Best of MS Preps Player of the Year, and a 2014 Parade magazine All-America honorable mention pick. For his career, he ran for 5,801 yards, which is the eighth-most rushing yards in the state of Mississippi high school football history, had 847 career carries, posted career rushing averages of 109.5 yards per game and 6.8 yards per carry, scored 68 career rushing TD, also caught 39 passes for 559 yards and seven scores in his career, had 75 career TD (68 rushing/7 receiving).

During his freshman season in 2016, Henderson saw action in all 13 games and made six starts in the Tigers offensive backfield, he also played on the Memphis special teams, was the squad’s third-leading rusher with 482 yards on 87 carries (5.5 ypc) and second on team with five rushing TD, hauled in 20 receptions for 237 yards and three TD and added two kick returns for 113 yards and one TD. He was fourth on squad with 832 all-purpose yards (482 rush/237 receive/113 kick return), had a 99-yard kick return for a TD in a road win at SMU, which is the second-longest in school history.

He posted season highs for carries (12) and rushing yards (84) vs. Tulsa, tied season-high carries (12) vs. USF (81 yards), recorded season-long rushing and receiving TD in a road win at Tulane, had a 46-yard TD catch just before halftime to give Memphis a 13-7 lead, ran 45 yards for a TD to open the fourth quarter vs. the Green Wave, logged season-bests for receptions (4) and receiving yards (67) vs. Tulane, grabbed a season-high two TD passes in season-opening win over Southeast Missouri, was a member of the Tigers special teams that were fifth nationally on kick returns (26.57 ypr) and had three kick returns for TD. The three kick return TD set a program season record, and was also a member of the 2016 Memphis offense that was second in program history for total yards (6,028), points (505) and total TD (57).

As a sophomore in 2017, he played in 12 games and made 10 starts, but missed the AutoZone Liberty Bowl due to injury. He was the team’s leading rusher with 1,154 yards on 130 carries, having nine rushing TD, he posted the program’s first 1,000-yard rushing season since Curtis Steele in 2009, having his 1,154 yards at the sixth-most for a season in school history. He had seven 100-yard rushing games, the fourth-most for a season in program history, logged two rushing plays of 80 or more yards (80 vs. UCLA; 82 vs. Tulane), which was the first time a player has done so in a season since Keith Benton in 1990.  Henderson was second on the team in all-purpose yards (1,630) and fourth in scoring (66 points).

He had 24 receptions for 226 yards and two TD and 13 kick returns for 250 yards, ranked among the conference statistical leaders in rushing (4th) and all-purpose yards (3rd), ran for a career-high 169 yards in the season opener vs. Louisiana Monroe, also had a career-best two rushing TD vs. the Warhawks, rushed for 105 yards, including an 80-yard scamper on Memphis’ first play from scrimmage, vs. UCLA, had 112 yards in a home win over Tulane, tied a career high with two rushing TD vs. SMU and ECU and logged a career-high 278 all-purpose yards in the home win over SMU (147 rush/15 receive/116 return), that were the fourth-most for a game in program history.

In the course of the 2018 season, as a junior, he started all 10 games and leads the nation with 9.15 rushing yards per carry, and compiled 1,446 rushing yards (second-most in FBS) on 158 carries (39th-most in FBS), he tied for FBS lead with 20 total touchdowns and tied for second with 17 rushing touchdowns, rushed for over 100 yards in seven games, compiled back-to-back 200-yard rushing games against Navy and Georgia State, was the second player in program history to log back-to-back 200-yard rushing efforts (DeAngelo Williams, three-straight games in 2005), his 200-yard rushing game against Navy was the first by a Tiger rusher since Curtis Steele against Tulsa in 2009, and it’s 1,840 all-purpose yards leads the FBS this season.

Henderson was drafted by the Los Angeles Rams in the third round (70th overall) of the 2019 NFL Draft. 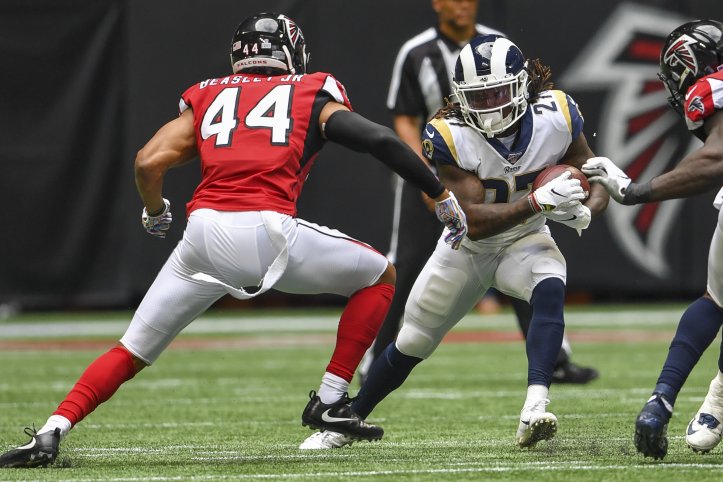 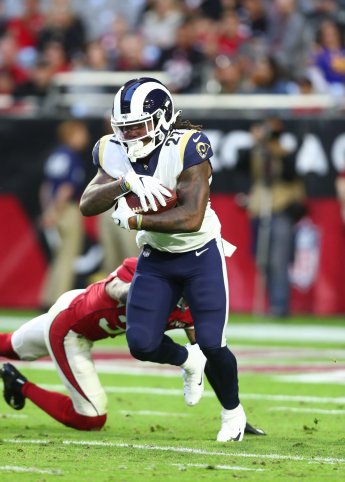 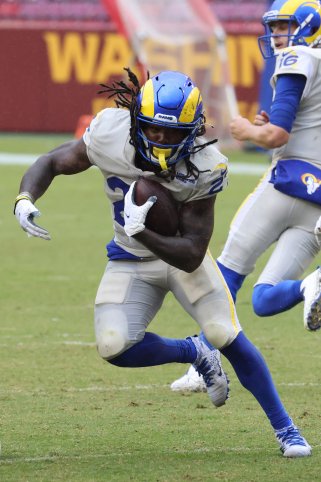 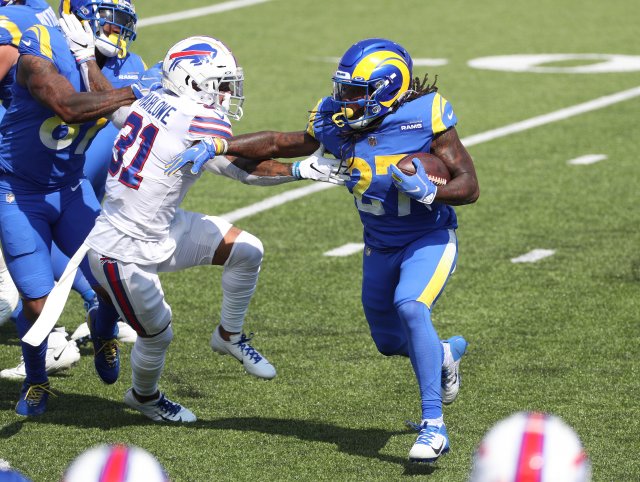 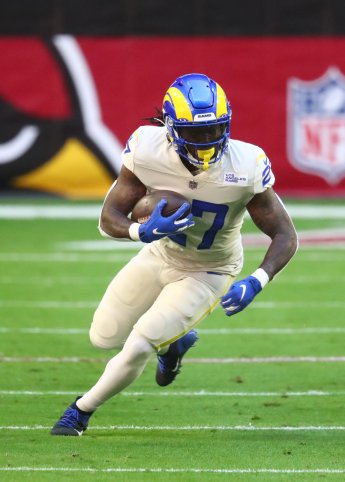