Page: An Olympic-style rating of the elite NFL quarterbacks 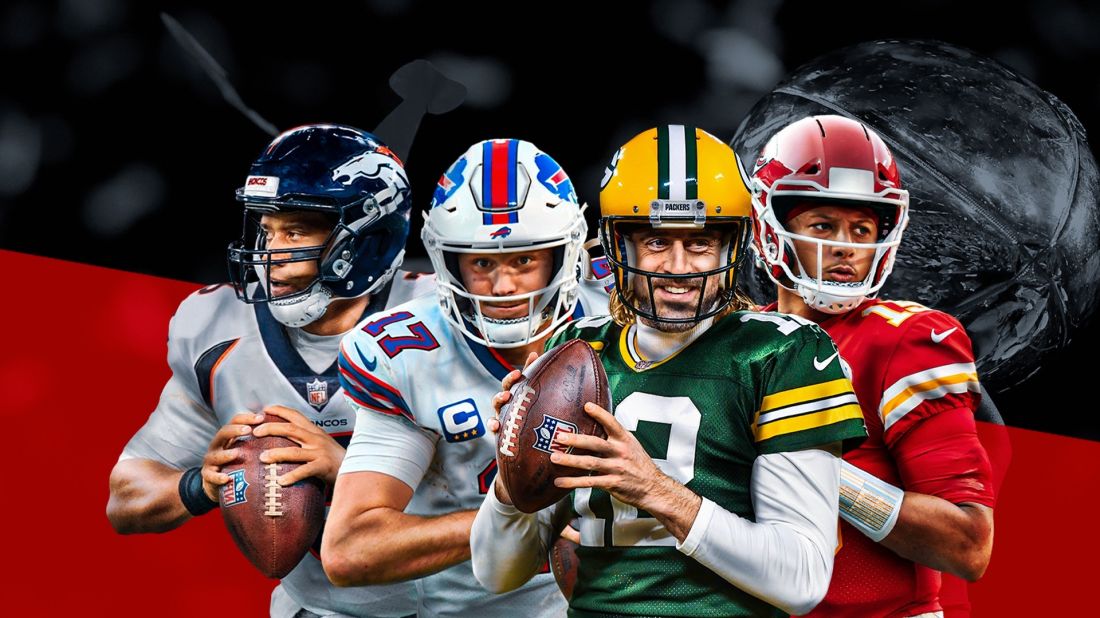 The quarterback carousel has already been spinning at a high rate this offseason, with Russell Wilson and Carson Wentz changing teams before free agency begins. It’s a sign of how desperate teams are to find a starting-caliber quarterback who can not only lead them to the playoffs, but to a championship.

Though there are 32 starting jobs in the NFL, finding a quality signal caller is far easier said than done. Most teams have their starters for next season already, and many of them are Pro Bowl-caliber players.

We separated the best quarterback situations in the NFL into three tiers: gold, silver and bronze. Where does your team land, or were they left off the podium?

Rodgers is the gold standard of quarterback play. While maybe not as mobile as he once was, the two-time reigning MVP has put up stunning numbers throughout his career, particularly in the last two seasons when he’s thrown 85 touchdown passes compared to nine interceptions.

By his standards, Mahomes had somewhat of an off year in 2021. He threw 37 touchdown passes, but he also had a career-high 13 interceptions and averaged a career-low 7.4 yards per attempt. Yet, he’s still one of the best quarterbacks in the NFL and a complete difference-maker in Kansas City. He and the Chiefs were one win away from their third straight trip to the Super Bowl, a testament to the success he’s had in four seasons as a starter.

For the first time in his career, Wilson finished the year with a losing record in 2021. He only had 25 touchdown passes in 14 games, but he also threw just six interceptions and still managed to make his ninth Pro Bowl. Now with the Broncos, Wilson will have ample playmakers at his disposal and a defense that can support the offense by making stops – unlike the Seahawks last season.

Allen is right on the border of gold and silver, but after seeing the way he dueled Mahomes in the playoffs, I'm putting him in the top tier. He’s more than a passer, bringing immense value as a runner; he ranked second on the Bills in rushing last season with 763 yards and six touchdowns. He carried the Bills on offense, becoming a star in the last two seasons. If he can cut down on the turnovers and careless plays, he’ll be a first-team All-Pro soon.

Stafford had a great first season with the Rams, despite leading the league in interceptions for the first time in his career. He led them to a Super Bowl win, threw 41 touchdown passes in the regular season and had nine touchdowns compared to only three picks in four playoff games. For all the talk about him putting up hollow numbers while losing too many games with the Lions, he disproved all of his doubters by breaking through in Year 1 with the Rams. He just needs to limit the costly turnovers.

Murray looked like a completely different quarterback in the first half of last season compared to his late-season play and into the playoffs. However, his weapons on offense were underwhelming without DeAndre Hopkins down the stretch, and the Cardinals didn’t exactly use his legs as much as they should have. In the right scheme with Hopkins back, Murray should remain a star in Arizona.

Burrow looked good as a rookie in 2020 before tearing his ACL. He looked great last season after recovering from the injury, leading the NFL in completion rate (70.4%) and yards per attempt (8.9). He did that despite being sacked more than any quarterback in the NFL. Burrow led the Bengals to Super Bowl LVI and nearly beat the Rams in that game, proving that he’s one of the best quarterbacks in football.

Prescott has shown flashes of being an MVP candidate. He’s also had stretches where he misses receivers and doesn’t see the field that well – like the seven-game stretch last season when he threw nine touchdown passes and six interceptions with a completion rate of only 64.9%.

Despite his inconsistent play, Prescott is a top-10 quarterback and more than capable of leading the Cowboys to a championship.

The 2020 Rookie of the Year took his play to another level last season, throwing 38 touchdown passes and 15 interceptions in Year 2. There are some things to clean up, namely his tendency to try to do too much, but between his arm strength, athleticism and instincts, Herbert has as much talent as any quarterback in the league. There’s no reason to think he won’t continue to improve next season.

Jackson was the 2019 NFL MVP but he’s regressed a bit in the last two years. He only threw 16 touchdown passes and had a career-high 13 interceptions last season, missing five games due to injury. The talent is certainly still there, but Jackson needs to be more accurate throwing downfield if he’s going to get back to the way he was playing two years ago. Next season will be a big one for the fifth-year quarterback out of Louisville.

Cousins has been a middle-of-the-road quarterback for some time, always putting up decent numbers but rarely showing any sort of team success; he’s made the playoffs just once with the Vikings and only twice in his career as a starter. He had 33 touchdown passes and only seven interceptions last season, getting selected to his third Pro Bowl, but he’s a frustratingly conservative quarterback who doesn’t always help his receivers when throwing deep down the field.

In the last three years, Ryan has thrown 72 interceptions and 37 interceptions – not exactly the ratio you want to see from a former MVP. He’s still an above-average quarterback but he’s not necessarily good enough to make up for a lack of talent around him. Ryan is accurate and completes passes at a relatively high rate, but the big plays are lacking; he only averaged 7.1 yards per attempt in 2021, his lowest since 2013.

Tannehill has never been a quarterback to stuff the stat sheet, but he’s serviceable and wins games. With the Titans, he’s 30-13 with three playoff appearances. Unfortunately, he’s only 2-3 in the playoffs with seven touchdowns and five picks. Despite being a somewhat conservative passes, he threw 17 total interceptions in 18 games last season, which is far too many for a quarterback who doesn’t create enough big plays and only had 22 touchdown passes.

Carr helped carry the Raiders to the playoffs last season, getting the most out of a bad offensive supporting cast that dealt with injuries and off-field issues throughout the year. He finished third in MVP voting back in 2016 and despite not making the Pro Bowl since 2017, Carr doesn’t get enough credit for the way he’s played on a subpar roster the last five seasons.