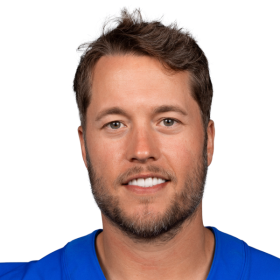 Increase academic performance, attendance, and graduation rates, by offering sports as a reward for study Increase job-readiness by working with students on social, self-esteem, and professional presentation skills Increase community engagement through a multi-purpose recreational facility Save a neighborhood from an abandoned, blighted building Provide a safe, well-lit, state-of-the-art learning center for homework in the after school and early evening hours Engage Detroit kids with one-on-one tutoring unavailable in a school system.

Stafford was born in Tampa, Florida, to John and Margaret Stafford. He lived in Dunwoody, Georgia, while his father attended graduate school at the University of Georgia. He was the eldest of one sibling. His family then moved to Dallas, Texas, and Stafford attended Highland Park High School...

Stafford was born in Tampa, Florida, to John and Margaret Stafford. He lived in Dunwoody, Georgia, while his father attended graduate school a...

Stafford was born in Tampa, Florida, to John and Margaret Stafford. He lived in Dunwoody, Georgia, while his father attended graduate school at the University of Georgia. He was the eldest of one sibling. His family then moved to Dallas, Texas, and Stafford attended Highland Park High School with Los Angeles Dodgers pitcher Clayton Kershaw. He was coached by Randy Allen and was widely considered to be one of the best high school quarterbacks in the United States in the Class of 2006, ranked ahead of Tim Tebow.

In 2005, he led his team to a perfect 15–0 record and won the UIL 4A Division I State Championship. During the playoff run, Stafford beat Ryan Mallett's Texarkana Texas 38–31, as well as Jevan Snead's Stephenville 41–38. Stafford had over 4,000 yards passing despite not playing in the first three games of the season due to a knee injury. Stafford received numerous accolades, including being named to the Parade All-America Team and the USA Today Pre-Season Super 25 in 2005. He also won the MVP and Best Arm awards at the 2005 EA Sports Elite 11 Quarterback Camp and was named the 2005 EA Sports National Player of the Year. Regarded as a five-star recruit by Rivals.com, Stafford was listed as the No. 1 pro-style quarterback prospect in the class of 2006

Stafford graduated early from high school and enrolled at the University of Georgia in January, where he became the first true freshman quarterback to start for the Georgia Bulldogs football team since Quincy Carter in 1998, and first out of high school to start since Eric Zeier in 1991. Stafford wore number 7 at Georgia. He completed five of 12 passes for 102 yards and one touchdown in a Georgia spring game.

Stafford debuted late in the season opener of the 2006 season against Western Kentucky and went 3 of 5 passing for 40 yards and a touchdown pass. During the season's third game, against South Carolina, starting quarterback Joe Tereshinski III was injured, forcing Stafford to come off the bench. Although he completed just 8 of 19 passes for 171 yards and three interceptions, Georgia won the game, 18–0. Against University of Alabama Birmingham the following week, Stafford made his first collegiate start. Georgia won, 34–0. Victories over Colorado and Mississippi improved Georgia's record to 5–0, but the heart of the conference schedule loomed.

Stafford threw for 234 yards and two touchdowns as the Bulldogs defeated the Oklahoma State Cowboys 35–14 in the season opener. Against Alabama, the Bulldogs avoided an 0–2 start in SEC play by escaping Bryant–Denny Stadium with an overtime win.

Stafford connected with senior wide receiver Mikey Henderson on the Bulldogs' first play from scrimmage in overtime for the winning score. In the win over No. 9 Florida, he completed 11 of 18 passes for 217 yards and three touchdowns, including a career-long touchdown pass of 84 yards to Mohamed Massaquoi and a 53-yard touchdown pass to Henderson. The wins over Florida, Auburn, and Georgia Tech marked the first time that Georgia had defeated all three rivals in the same season since 1982.

Stafford was chosen to Athlon Sports’ preseason Heisman Favorites Others To Watch list. Georgia was ranked #1 in both the preseason coaches poll and the AP poll, marking the first time Georgia has ever been #1 in the preseason version of either poll. The team also entered the 2008 season with the longest active winning streak among the 66 BCS conference teams, having won its last 7 games of the 2007 season. In the final regular season game against Georgia Tech, Stafford completed 24 out of 39 attempts for 407 yards and 5 touchdowns, setting a personal record for touchdowns in a single game, albeit a 45–42 loss. Stafford finished the season with a conference-leading 3,459 passing yards, the second most in school history, and 25 touchdowns, the single-season record for passing touchdowns. He also rushed for a touchdown in 2008. Georgia finished the regular season with a 9–3 mark and qualified for the Capitol One Bowl. After defeating Michigan State 24–12 and winning the MVP of the 2009 Capital One Bowl, Stafford finished his three years at Georgia with a 3–0 record in bowl games and a 6–3 record in rivalry games (1–2 against Florida, 3–0 against Auburn, and 2–1 against Georgia Tech). Stafford chose to forgo his senior season and entered the 2009 NFL Draft.

On April 24, 2009, agreed to record contract terms with the Detroit Lions to become the first overall pick of the 2009 NFL Draft, one day before the draft was held. The six-year contract reportedly contained $41.7 million in guaranteed money (the most guaranteed to any player in NFL history until July 30, 2010, when quarterback Sam Bradford signed a deal with $50 million guaranteed) and carried a total value of up to $78 million.

Stadfford was named NFL Comeback Player of the Year in 2011 and was named to the 2014 Pro Bowl where he was named Offensive MVP. In 2019, Matthew Stafford became the fastest to reach 40,000 yards as quarterback passing Matt Ryan, Drew Brees, Dan Marino, and Peyton Manning. He accomplished 40,000 yards in only 147 games. 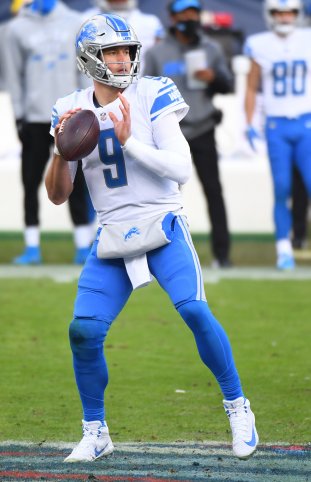 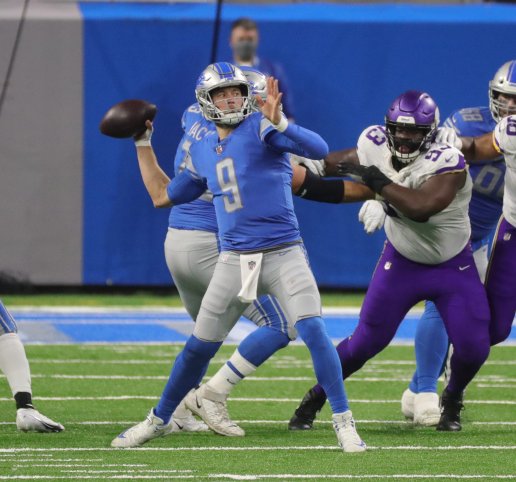 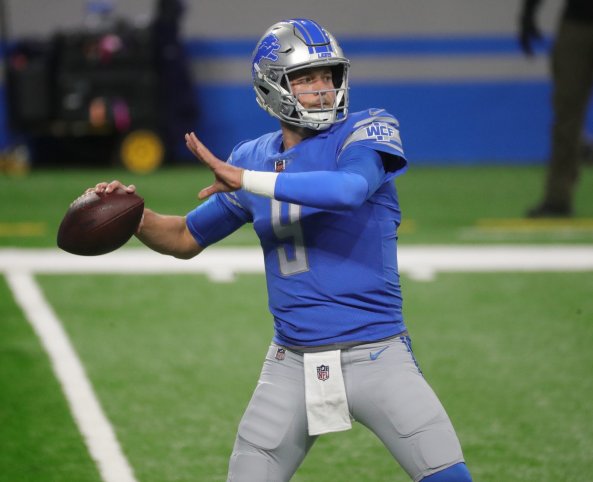 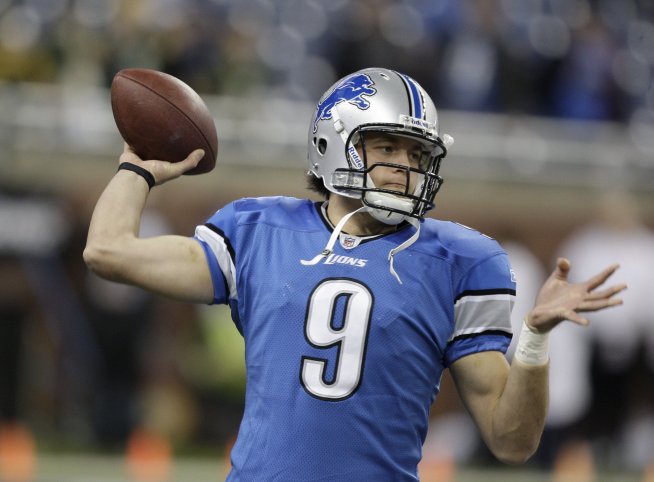 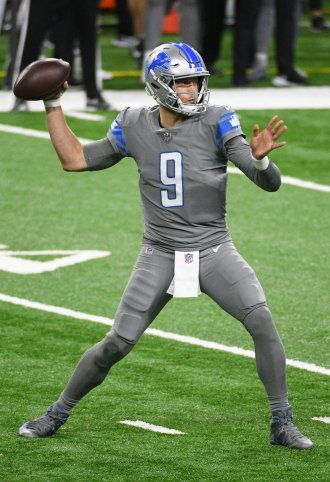 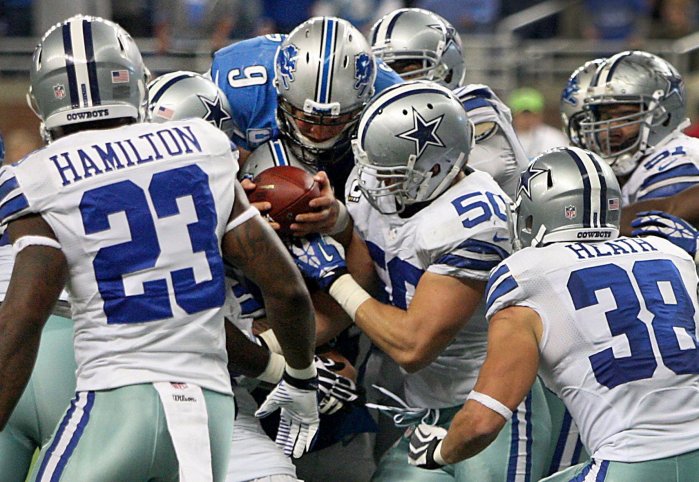 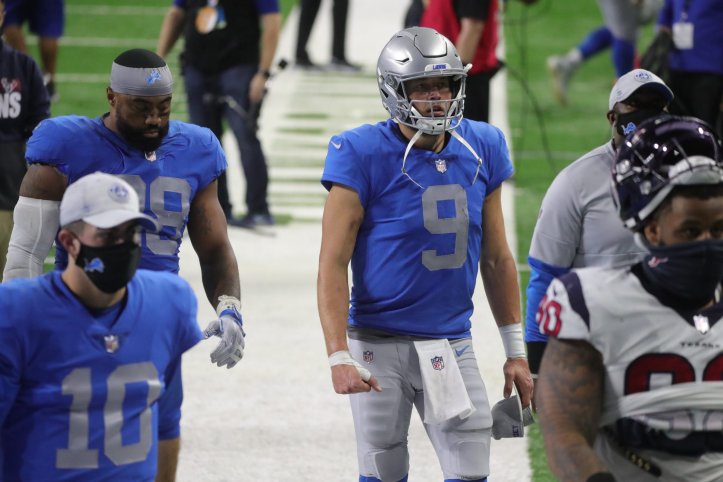 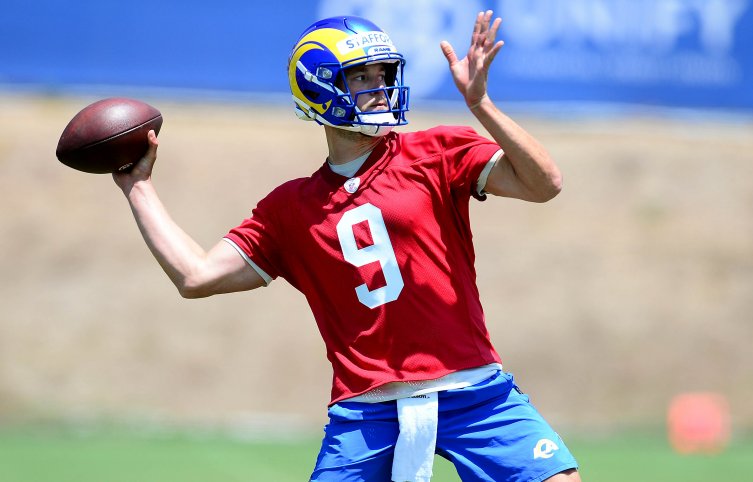 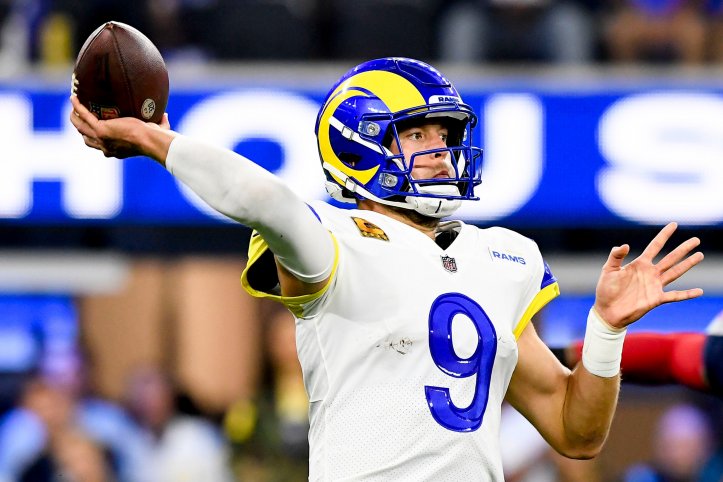 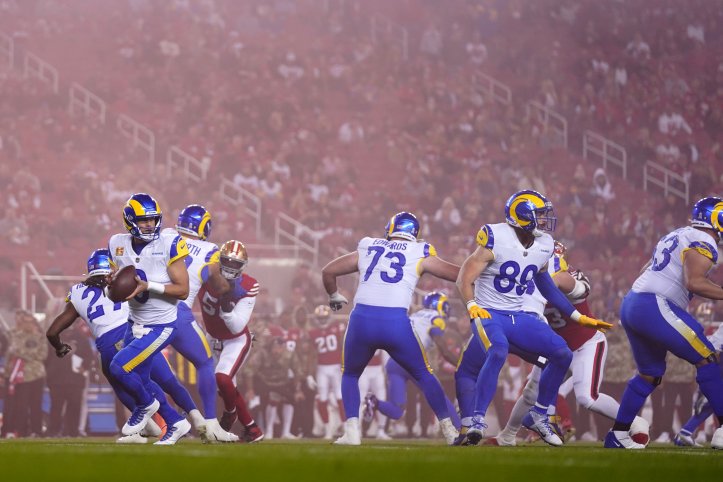 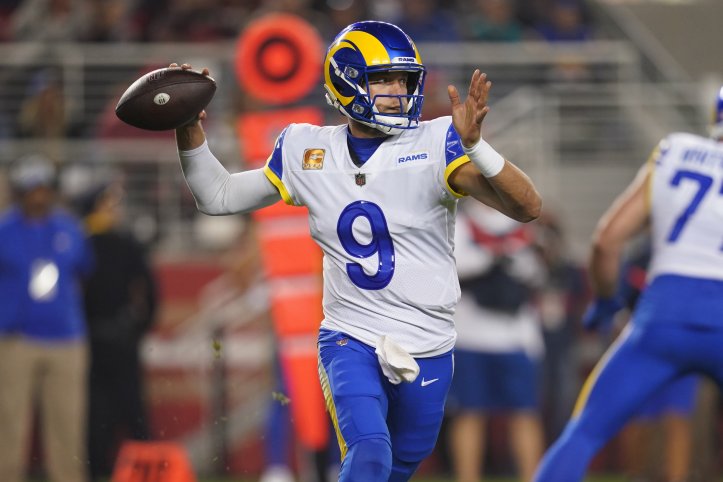 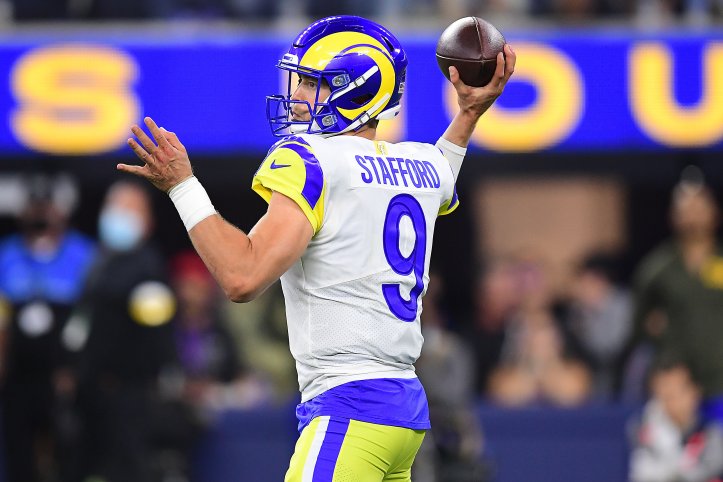 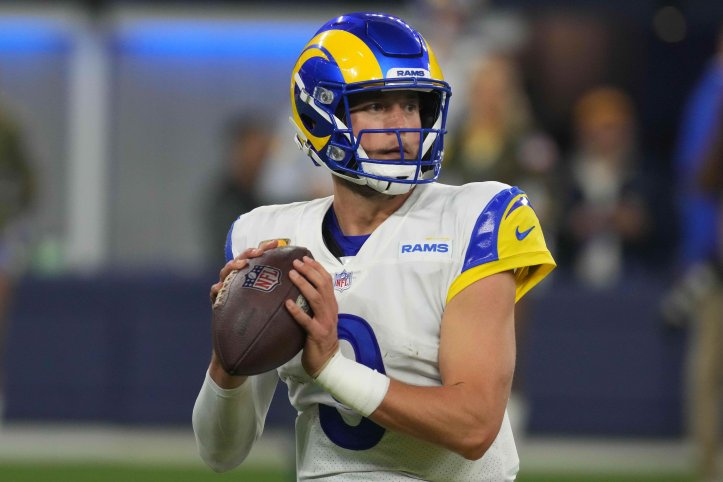 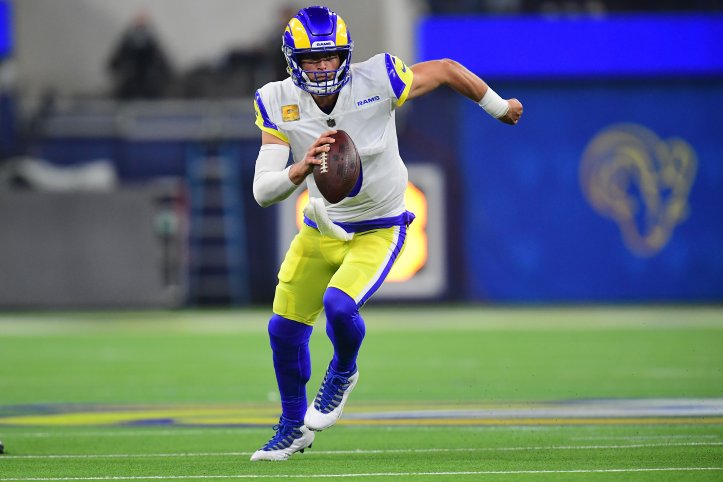