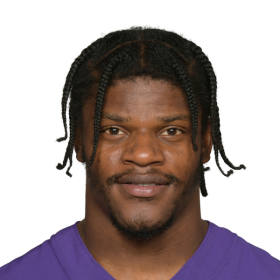 Lamar Jackson’s autograph signing events around the Louisville area this month have now generated a total of $29,000 worth of charitable donations. Four signing events benefited Blessings in a Backpack, totaling $25,000. Another bestowed Mission Hope for Kids with a $4,000 donation.

get involved
Fun Day With LJ

Lamar's focus is to entertain the children

In his early years, Jackson attended Boynton Beach High School where he played football and considered a four-star recruit by Rivals.com. In two seasons, Jackson threw for more than 2,000 passing yards with 31 touchdowns, in addition to rushing for 22 touchdowns. Jackosn received interest and...

In his early years, Jackson attended Boynton Beach High School where he played football and considered a four-star recruit by Rivals.com. In tw...

In his early years, Jackson attended Boynton Beach High School where he played football and considered a four-star recruit by Rivals.com. In two seasons, Jackson threw for more than 2,000 passing yards with 31 touchdowns, in addition to rushing for 22 touchdowns. Jackosn received interest and offers from multiple Division I programs but signed to play college football at The University of Louisville, on August 30th, 2014.

After he finished high school, Jackson committed to the University of Louisville where as a freshman in 2015, he received an award for the “Best Championship Performance” at the school’s Louie Awards. He finished second in the voting for the ACC Offensive Rookie of the Year and was named the ACC Rookie of the Week three times. Jackson appeared in 12 games, making eight starts at the quarterback position and holds the school record for rushing yards by a quarterback in a season and career with 960. He made his collegiate debut against Auburn and had 100 yards passing along with 106 rushing for one touchdown. He also made his first start at quarterback versus Houston, going 17-of-27 for 168 yards and one touchdown, while tossing a pair of interceptions. Jackson set a Louisville record for rushing yards in a game by a quarterback with 184 against Samford and became the third freshman in Louisville history to throw for over 300 yards after he tossed a career-high 307 against Florida State in the 41-21 loss. He tallied his first multi-touchdown game through the air against Florida State and achieved his best completion percentage of the season against Wake Forest after throwing 19-for-26 through the air for 207 yards and two touchdowns.

As a sophomore in 2016, Jackson was the Heisman Trophy winner, becoming the youngest player ever to win the Heisman Trophy. He also won the Davey O’Brien Award for the nation’s top quarterback, won the Maxwell Award as the nation’s top football player and was voted the ACC Player and Offensive of the Year. He is the first offensive player to be named a finalist for the Lombardi Award. Jackson set ACC records for the most rushing yards by a quarterback with 1,571 and rushing touchdowns by a quarterback with 21, while his rushing yards broke the school’s single-season rushing mark. He set a school record and equaled an ACC record by accounting for eight touchdowns and tied a school record with six touchdown throws. As a junior in 2017, Jackson finished in third place in the Heisman voting. He played in 13 games, finishing with 3,660 passing yards, 27 touchdowns, and 10 interceptions. Following the 2017–18 school year, Jackson was named the men's ACC Athlete of the Year for all conference sports, sharing honors with women's winner Arike Ogunbowale of Notre Dame basketball.

After his junior season, Jackson decided to forgo his senior season and entered the 2018 NFL Draft where he was selected in the first round by the Baltimore Ravens. Jackson made his NFL debut relieving starting quarterback Joe Flacco in the second half of a 47-3 victory against the Buffalo Bills, finishing with 24 passing yards and 39 rushing yards. During Week 7, Jackson scored his first NFL touchdown on a 1-yard run as the Ravens narrowly lost to the New Orleans Saints by a score of 24–23, and he threw his first NFL touchdown pass, a 26-yard completion to fellow rookie tight end Hayden Hurst, the next week in relief of Flacco in the fourth quarter of a 36–21 loss to the Carolina Panthers. On November 18th, 2018, Jackson made his first NFL start against the Cincinnati Bengals in place of the injured Joe Flacco. He went 13 for 19 for 150 yards and an interception and rushed for 117 yards, which was a Ravens franchise record for rushing yards by a quarterback in a single game in a 24–21 victory. In Week 4 against the Kansas City Chiefs, Jackson threw two touchdowns for the first time in his career. Jackson finished his rookie season with 1,201 passing yards, six passing touchdowns, and three interceptions, and in addition, he led all quarterbacks with 695 rushing yards and added five rushing touchdowns. Jackson became the youngest quarterback to ever start a post-season game when the Ravens faced off at home against the Chargers in a rematch during the Wild Card Round of the playoffs. He finished the game completing 14 of 29 passes for 194 yards, the two aforementioned touchdowns, and an interception while rushing for 54 yards, and losing one fumble.

In the 2019 season, Jackson went 17 of 20 for career-high 324 yards and five touchdowns in the season-opener against the Miami Dolphins, making him the youngest quarterback to achieve a perfect passer rating in the 59–10 victory. He was named AFC Offensive Player of the Week due to his spectacular performance. During Week 2 against the Arizona Cardinals, Jackson rushed for 120 yards and threw for 272 yards and two touchdowns as the Ravens won by a score of 23–17. The 2 touchdown passes, set the Raven's franchise record for the most touchdown passes in the team's first 2 games of a season. Jackson also became the first player in NFL history to pass for more than 250 yards and rush for 120 yards in one game.

Jackson reportedly clocked in a 4.34 40 yard dash time in 2017 at Louisville which is the fastest time in NFL history for a quarterback. 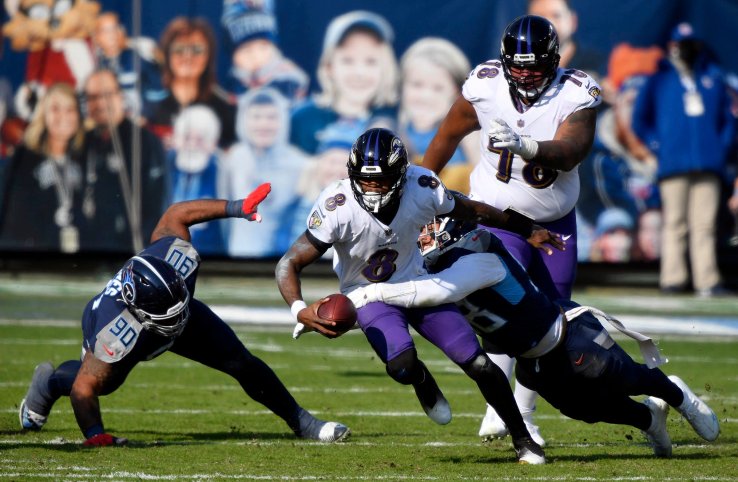 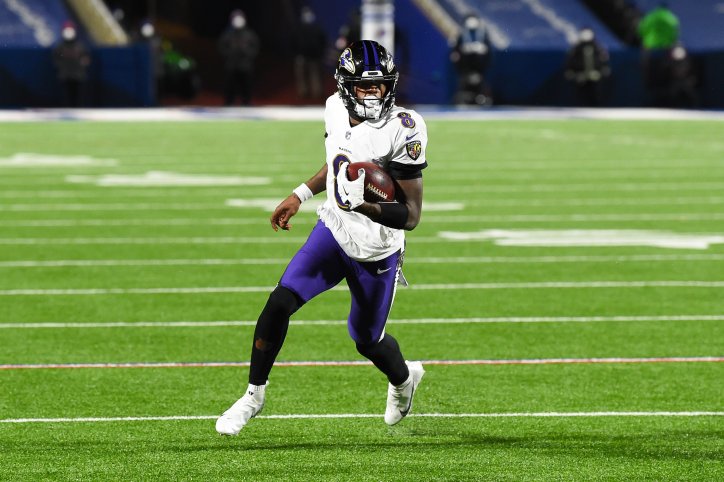 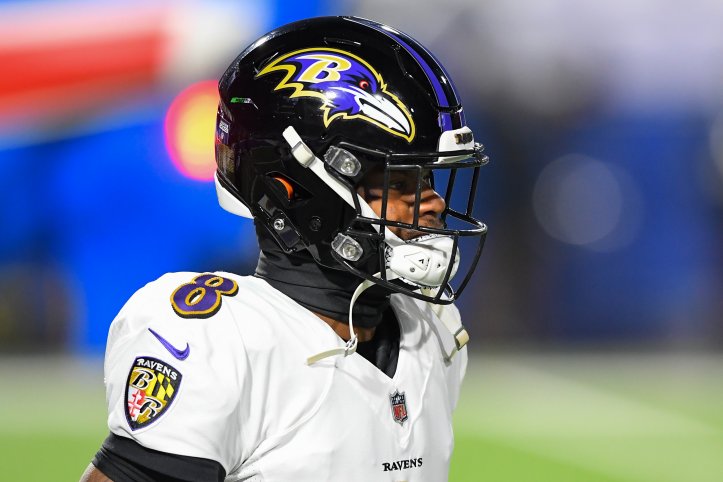 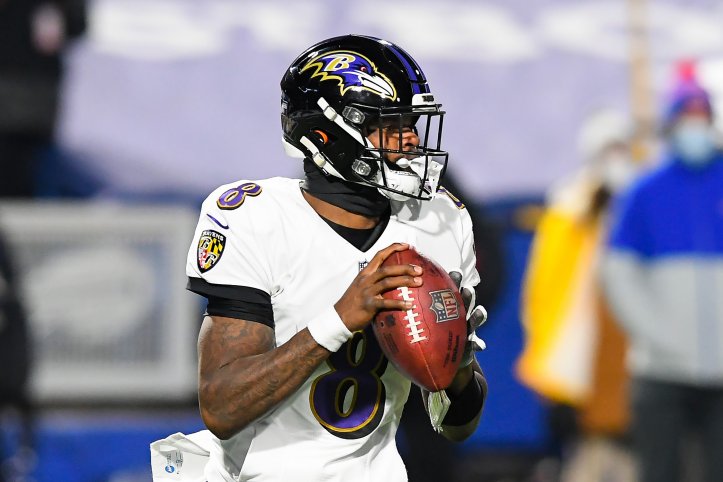 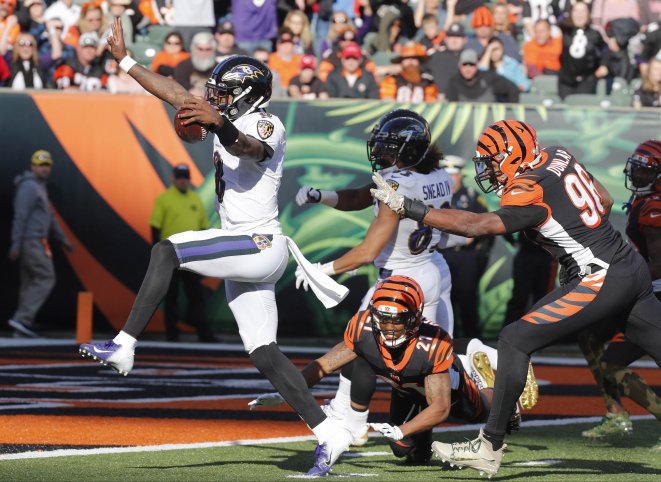 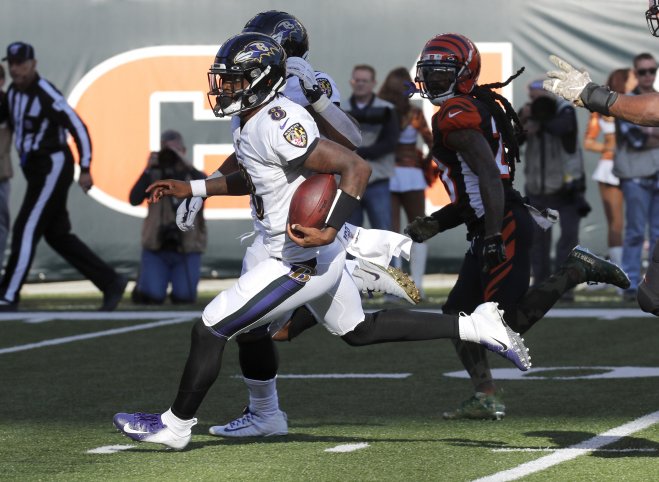 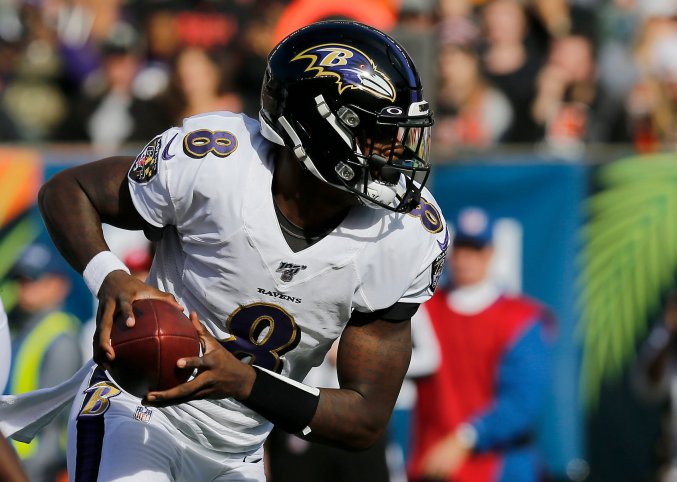 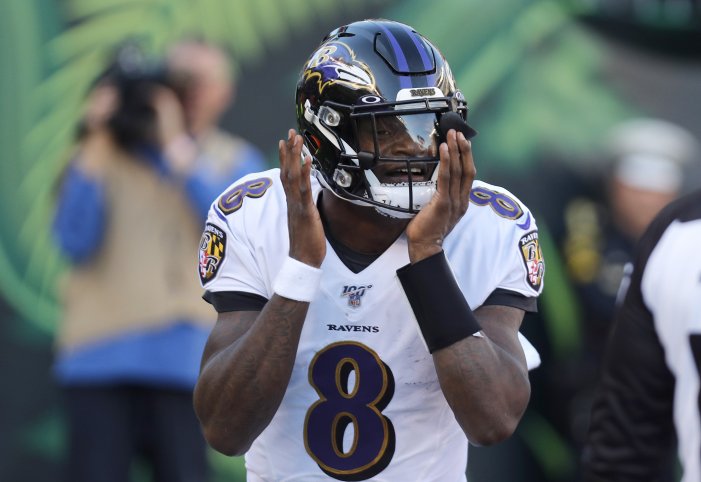 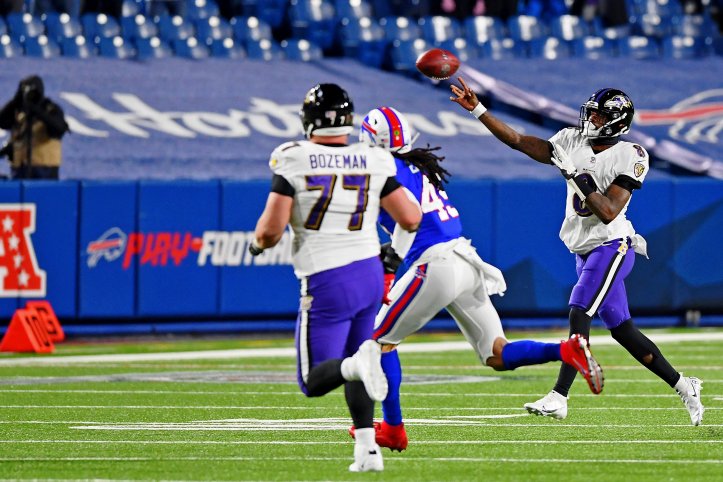 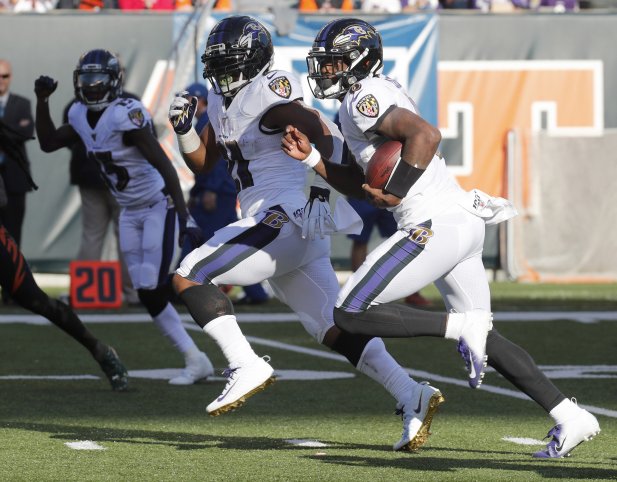 RT @man_dammn: Clout is the biggest drug. It’s okay to be yourself and keep quiet

RT @joehaden23: To my Nfl players just getting into off-season… please be smart…. Get a driver or car service! One night can change your li…

RT @bussdownmiggy: Saw a mom putting this up, a simple retweet could help her be found https://t.co/JdNz3Ue4AZ