By Michael Ehrlich | Posted 8 months ago 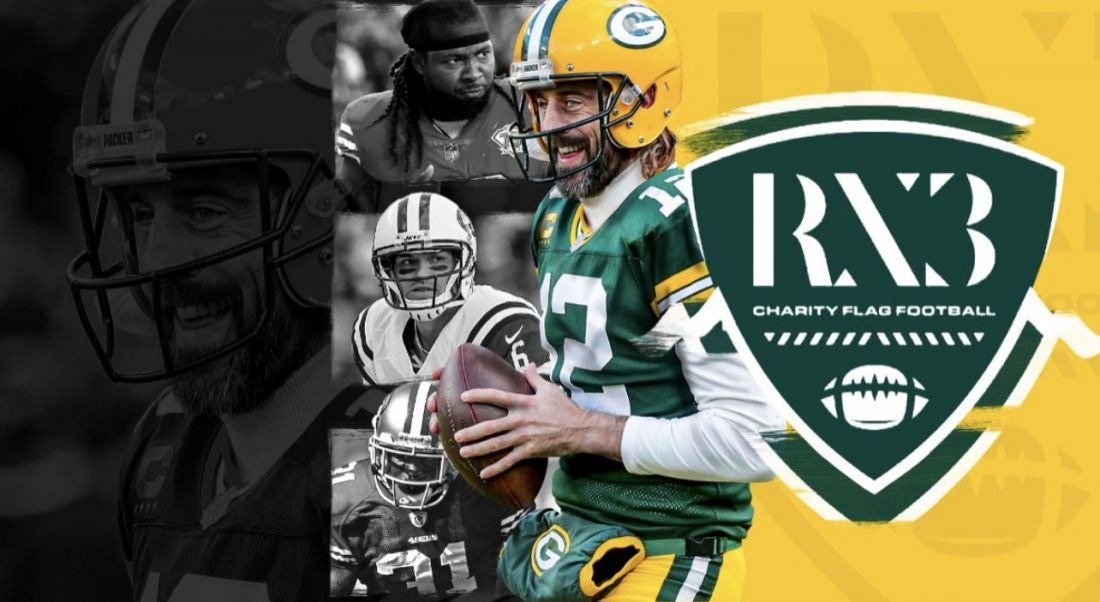 While football fans have been treated to the age-defying careers of legendary players such as Aaron Rodgers, Tom Brady, Drew Brees, and Peyton Manning, these all-time greats are exceptions to the rule, as the average NFL career lifespan is only about three years.

The physical and mental toll that the game takes on a player – combined with the NFL’s non-guaranteed contracts –  often proves disastrous for an athlete once they play their last snap, especially if their career has been cut short due to injury or other unforeseen circumstances.

According to a study by the National Bureau of Economic Research, around 16% of football players end up bankrupt within 12 years of retiring. Today more than ever, athletes across all professional sports – and now collegiate, through name, image and likeness (NIL) – have the opportunity to build their business portfolios while still playing.

However, for every success story of NBA superstars like LeBron James or Kevin Durant creating business and media empires while still on top of their games, there are countless other athletes – especially in the NFL – who succumb to bad financial management, investments and spendings, leaving some in monetary holes after dedicating their bodies to their sport.

While four-time NFL MVP Rodgers has earned close to $264 million to date on the field – plus major marketing deals with the likes of State Farm, Bose, adidas, IZOD and Cash App, among many others – in 2018, he decided to further plan for his post-career financial future by co-founding growth equity firm RX3 Growth Partners to not only expand his own portfolio, but to educate the next generation on the business opportunities in front of them.

“The acquisition of knowledge gives you the power and confidence to take ownership of your business and your brand,” Rodgers shared exclusively Saturday with OSDB Sports. “The biggest thing is to take ownership in everything you are doing. That’s what I try to tell young guys. Get in the weeds of what your investments are doing and be on a first name basis with your accountant, lawyer, business manager and investment fund manager. Otherwise, you are going to get lost in the shuffle.”

RX3 participants include Buffalo Bills star Josh Allen, Kevin Hart’s Hartbeat Ventures and actress Vanessa Hudgens, among others, with half of the firm’s limited partners and investors being athletes.

As Managing Partner Raabe shared, when it comes to working with NFL players in particular, RX3 is focused on educating the next generation athlete for long-term financial success.

“Financial literacy is a big part of what we do,” Raabe said. “A lot of that has to do with how we invest at RX3. We invest in growth stage companies, we invest in brands that our athletes know and we do it in a way that’s fun for the guys. We do it in a way to set them up for success long after they are done playing.”

Entering his 18th season, Rodgers now has the business wisdom to impart on the future stars of the NFL.

“So many guys trust that (ownership of your personal brand and business) to a family member or a confidant and they get, like me, six or seven years in the league and have no idea what their money is doing, no idea what their investments are doing,” the Packers quarterback said. “You’ll miss out on a lot of opportunities that way. I try to pass along my knowledge to the young guys to get in the weeds, take ownership of your business and look for those really good opportunities.”

Beyond the knowledge sharing with his RX3 partners, Packer teammates and NFL colleagues, Rodgers’ fund gives back to the community in unique ways.

Current and former NFL stars and RX3 investors such as Allen, Sam Darnold of the Carolina Panthers, Kyle Allen of the Washington Commanders, Josh Norman of the San Francisco 49ers, Equanimeous St. Brown of the Green Bay Packers, Donte Whitner, Carson Palmer, Mark Sanchez and Matt Leinart competed in the event that raised $400,000, including $100,000 alone for the first pick in the tournament draft, which naturally was the reigning MVP Rodgers.

“The root of RX3’s differentiation is its community,” added Raabe. “Our investment thesis is to bring value through our network and strategic insights. Therefore, events such as this that work to build interpersonal relationships and connection, not to mention give back on a local and national scale, will be a focal area for the firm as we continue to grow.”

In addition to the community impact and surprisingly fierce competition on field, the event further connected RX3 partners and brands to continue to explore how they can work together to grow their collective portfolios in innovative ways.

Sanchez, who transitioned from nearly a decade in the league after the New York Jets selected him with the fifth pick in the 2009 NFL Draft to a successful new career path in front of the camera as an analyst for FOX, shared perspective on the value of what RX3 provides athletes at every stage of their careers.

“It was amazing how quickly RX3 turned into a family, a real community.” Sanchez said.

“Everything with them is first class. I’ve made great friends and learned a ton about business and investing overall. It’s interesting that when you play pro ball you get a bunch of money upfront but you don't know what to do with it. You don't know how the market works or how to invest and of course everyone has a ‘can't miss’ opportunity or investment. I’m very fortunate that the RX3 team has educated me on how to make money work for you.”

This trend of NFL players coming into the league and immediately receiving more money than they’ve seen, is a challenging situation to handle at such a young age.

Norman looked back on his experience entering the league in 2012, offering advice to this year’s draft class.

While NFL players are still getting their footing on a large scale in the investment space – especially compared to NBA players – former three-time Pro-Bowler turned TV analyst, financial writer, real estate developer and executive at private equity firm Kirtland Hills Capital, Donte Whitner provided insight on the closing gap due to leaders like Rodgers and the work of RX3.

“The NFL hasn't caught up to the NBA yet,” Whitner shared. “You’ve got guys like LeBron James, Andre Iguodala, Stephen Curry and Kevin Durant with their own media houses, tech firms and venture firms. “I think we have a long way to go in the NFL but Aaron (Rodgers) is a key figure in bringing NFL players along into this world.”

With NFL free agency kicking off (officially) on March 16 and the league setting a record $208.2 million salary cap for 2022, major dollars continue to flow into football. How players plan their financial futures now, will affect them for the rest of their – and their children and children’s children – lives to come.

“What Aaron is doing with RX3 is the perfect thing to set you up post-career,” added Whitner. “He’s bringing young guys along for the ride to teach them that once you are done playing there is something bigger and a more sophisticated world to participate in. Most players don't know they have that power.”

The financial future of RX3 and its partners certainly looks fruitful as Rodgers continues his quest to empower the next NFL stars to take control of their own business footprints to set themselves up for success long after they hang up their cleats.

“I’m excited about learning more about all the investments that we are doing, all of the brands we are partnering with and then passing along that knowledge to the next generation so they can take on that ownership of what their wealth is doing on a daily basis,” Rodgers added.