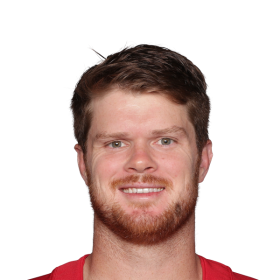 Encourage every kid fighting cancer to Never Ever Give Up!

The Nick Pasquale Foundation is a non-profit set up to carry on his legacy by supporting student athletes and programs that demonstrate similar characteristics. 2895 Riachuelo

In his early years, Darnold attended San Clemente High School where he played as a wide receiver, linebacker, and quarterback. As a 2012 sophomo...

After he finished high school, Darnold committed to the University of Southern California where he redshirted in 2015. As a redshirted freshman in 2016, Darnold proved to be among the top quarterbacks in the nation as just a redshirt freshman in 2016. His insertion into the starting lineup in the fourth game of 2016 gave the USC offense a spark as the Trojans won the final 9 games of the season. Overall in 2016 while appearing in all 13 games and starting the last 10, he completed 246-of-366 passes for 3,086 yards with 31 TDs and 9 interceptions, plus 62 carries for 250 yards with 2 TDs and 3 tackles. He won the 2016 Archie Griffin Award from the Touchdown Club of Columbus, which is given to the nation’s season-long most valuable player after the bowls and was among 10 finalists for the 2016 Manning Award and 18 semifinalists for the O’Brien Award, both awarded to the nation’s top quarterback. He was the 2016 Pac-12 Freshman Offensive Player of the Year, made Football Writers Freshman All-American first team and Campus Insiders Freshman All-American second team, and was All-Pac-12 honorable mention. He also made the 2016 AP All-Bowl Team first team and ESPN Pac-12 All-Bowl Team first team and won the USC’s 2016 Most Inspirational Player Award and Bob Chandler Award. He is the only USC quarterback in history to have back-to-back 5 passing TD games. In his sophomore season in 2017, Darnold is known for his quick release, accuracy, mobility, and heady play. He enters his second season as USC’s starting quarterback as just a sophomore in 2017 and is a leading Heisman Trophy contender in 2017 after earning national accolades in his 2016 rookie showing.

After his sophomore season, Darnold entered the 2018 NFL Draft where he was selected in the first round by the New York Jets. On July 30, 2018, Darnold signed a 4-year contract with the Jets and on August 10, Darnold made his NFL debut against the Atlanta Falcons, where he finished with 96 passing yards and a touchdown. Darnold played his first regular-season game on September 10, 2018, during Monday Night Football against the Detroit Lions, making him the youngest opening-day starting quarterback since the AFL-NFL merger, finishing the game with 198 passing yards and 2 touchdowns. Darnold finished his rookie season with 2,865 passing yards, 17 passing touchdowns, and 15 interceptions.

During the 2019 season, Darnold was diagnosed with mononucleosis so this resulted in him missing a large portion of the season. He finished the season with 3,024 passing yards, 19 touchdowns, and 13 interceptions and had 33 carries for 62 rushing yards and two rushing touchdowns. In his 2020 season which was the last season with the Jets, he finished the season with 2,208 passing yards, 9 touchdowns. Later in the offseason of that year on April 5, 2021, Darnold was traded to the Carolina Panthers in exchange for a 2021 sixth-round pick and second- and fourth-round picks in 2022. 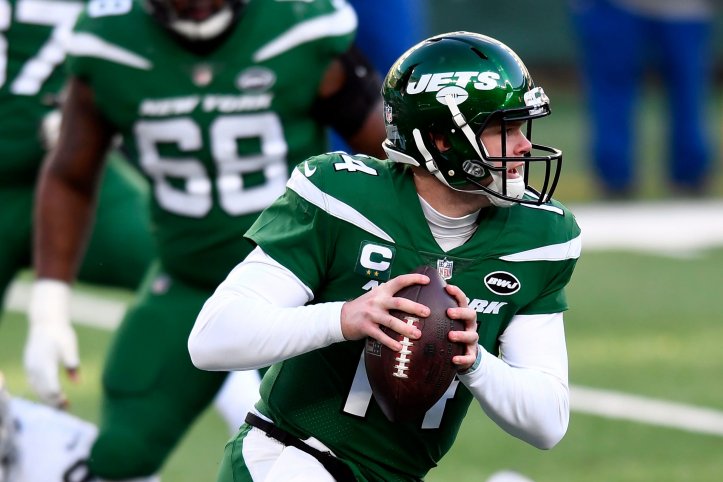 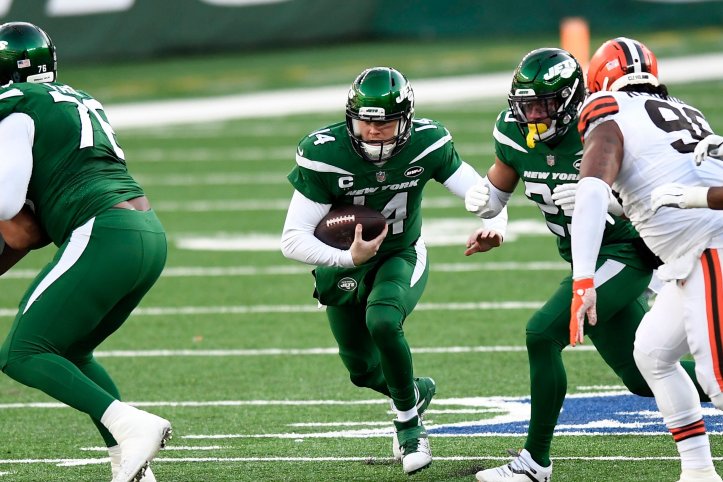 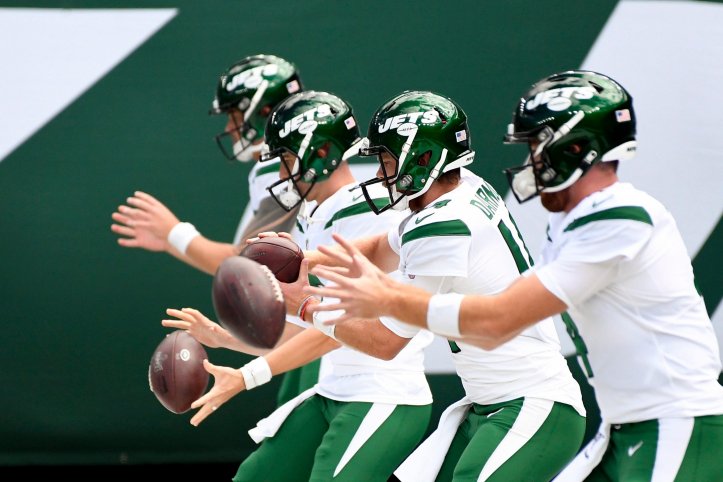 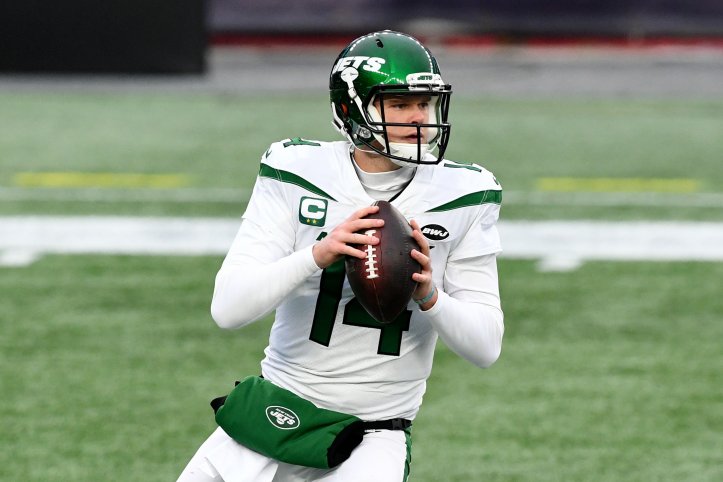 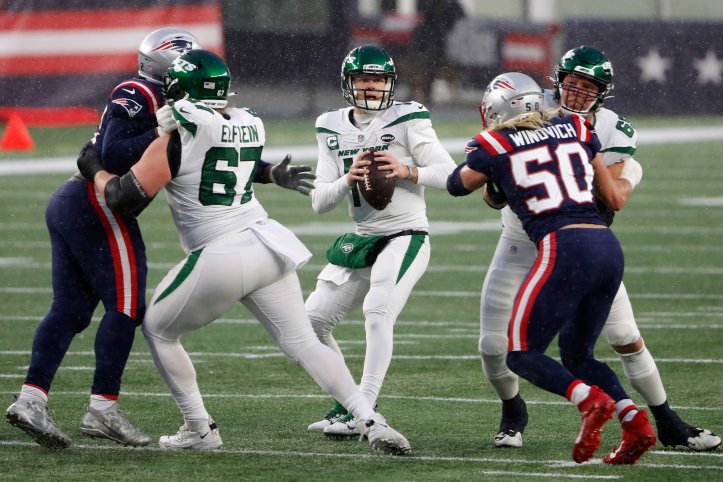 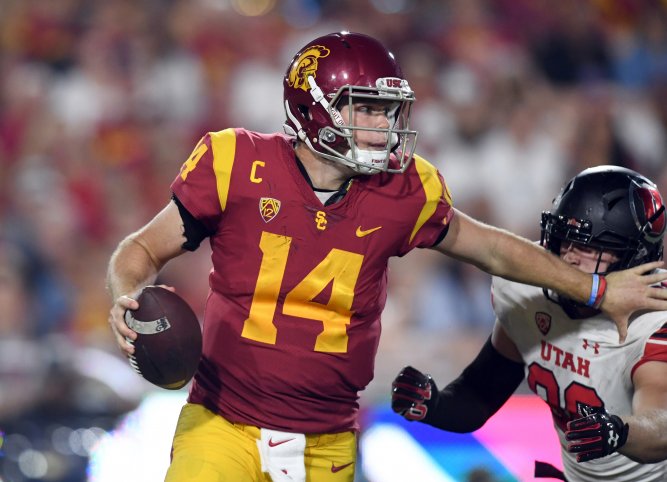 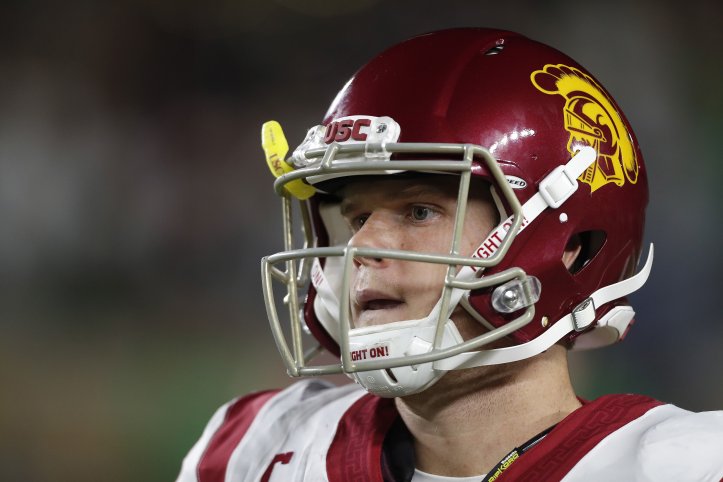 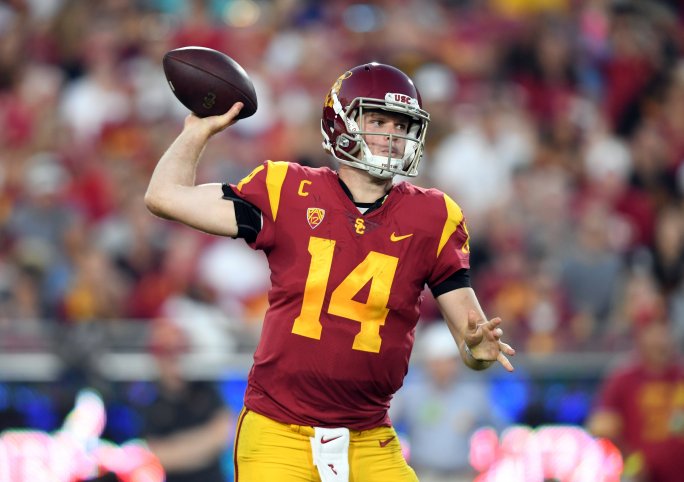 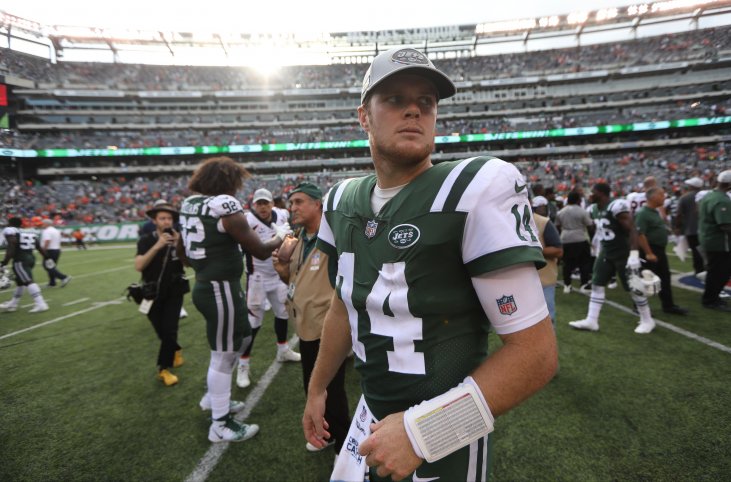 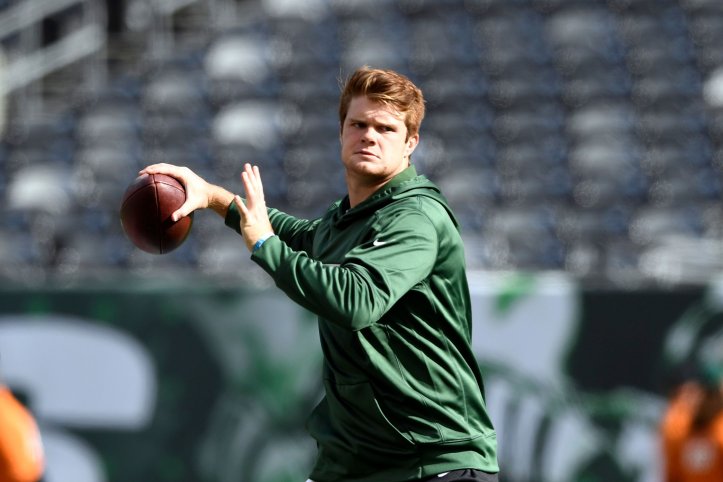 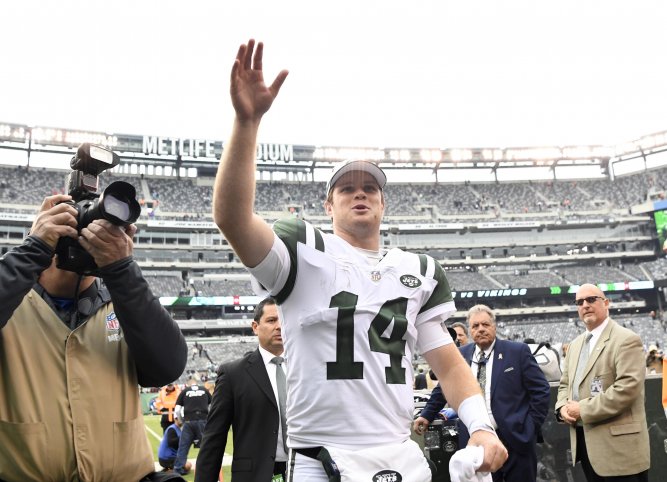 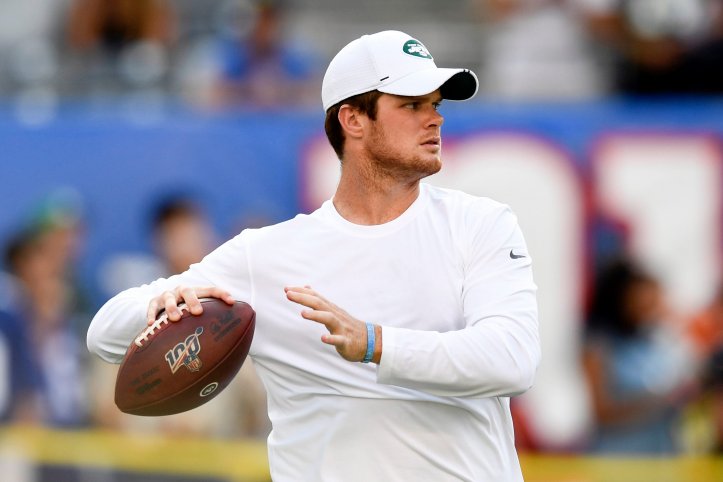 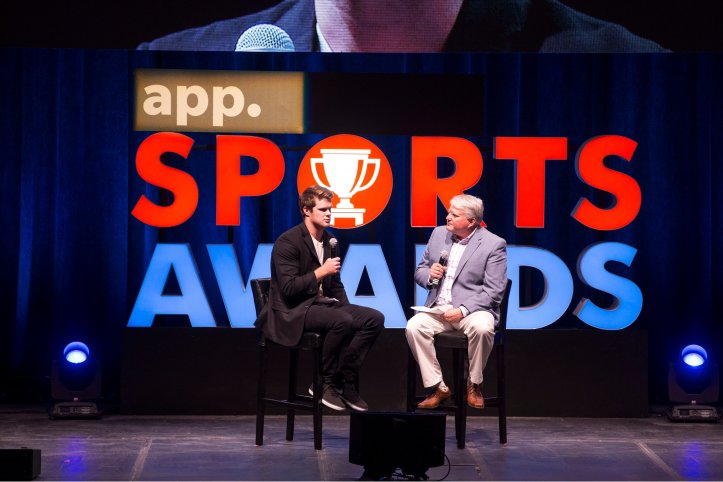 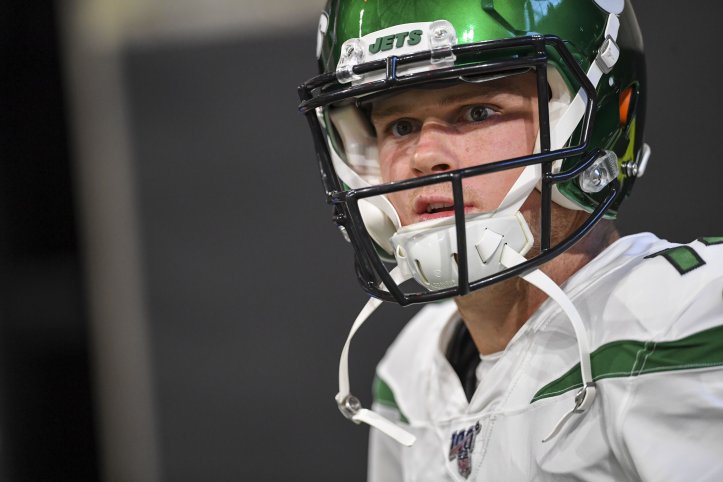 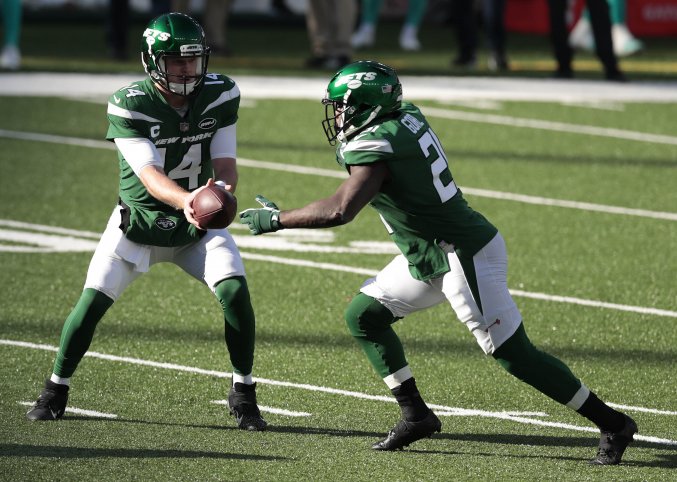 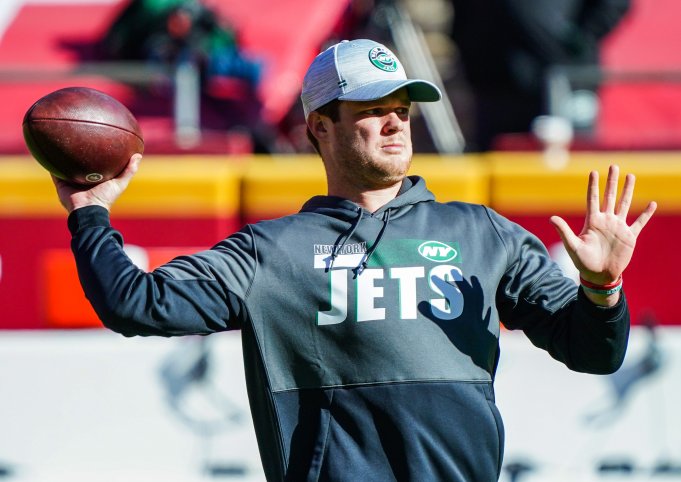 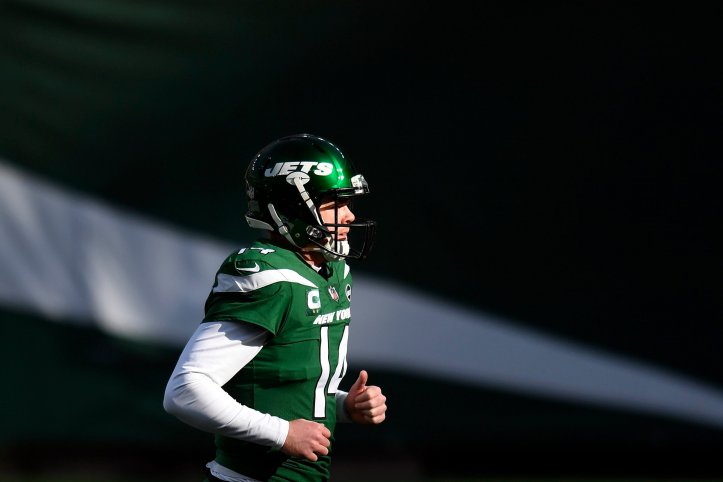 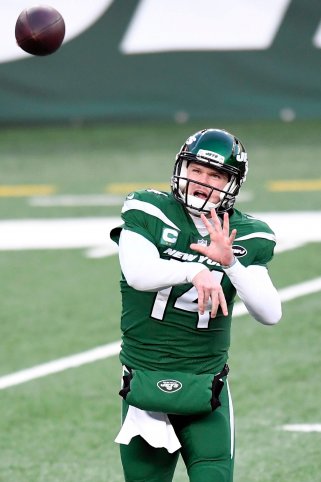 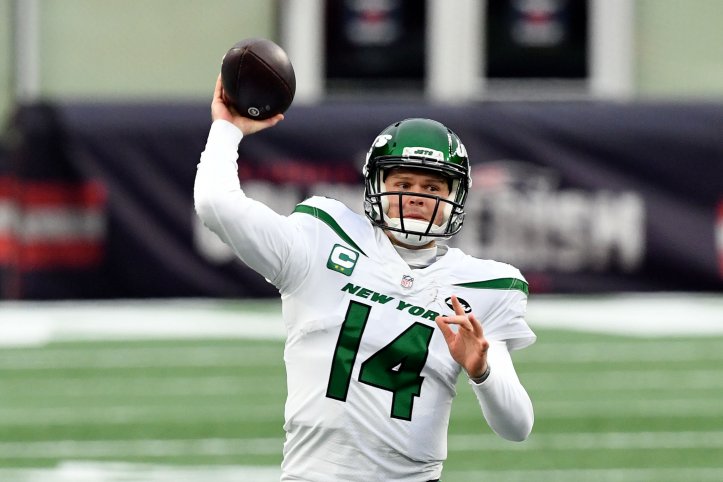 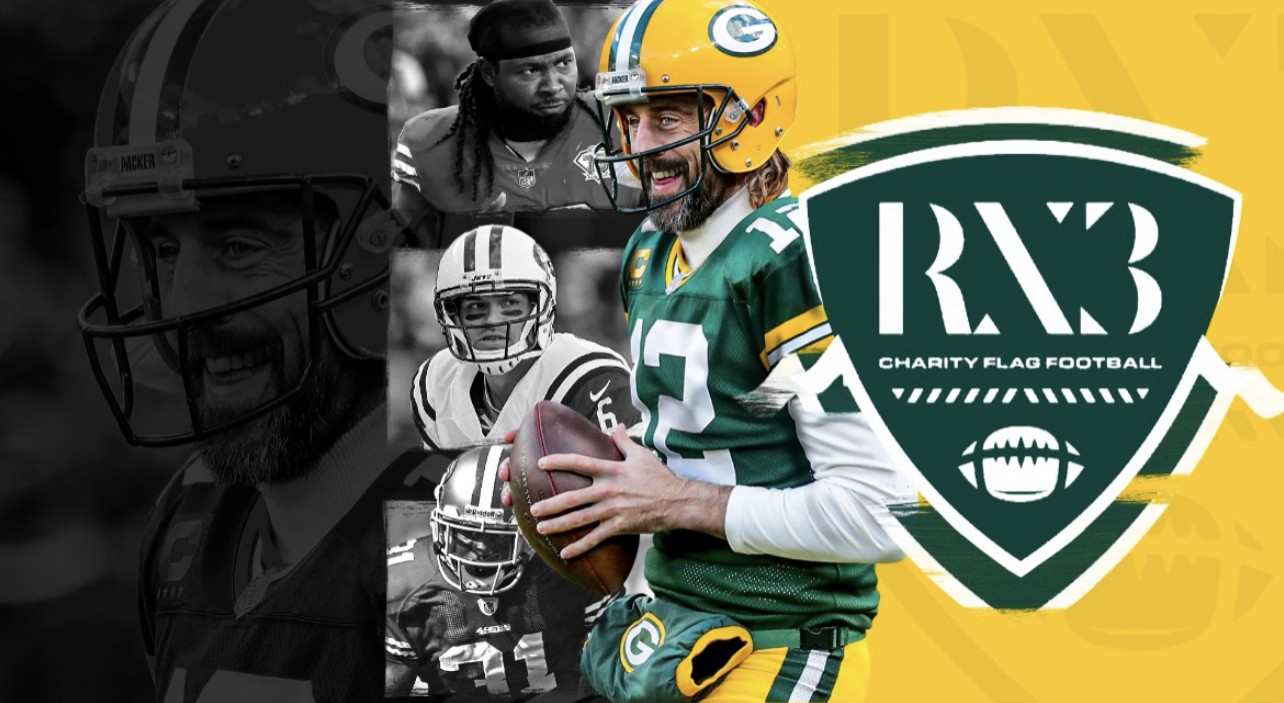