Page: NFL Playoffs Divisional Round – Three Reasons Why Each Team Can Win on Sunday 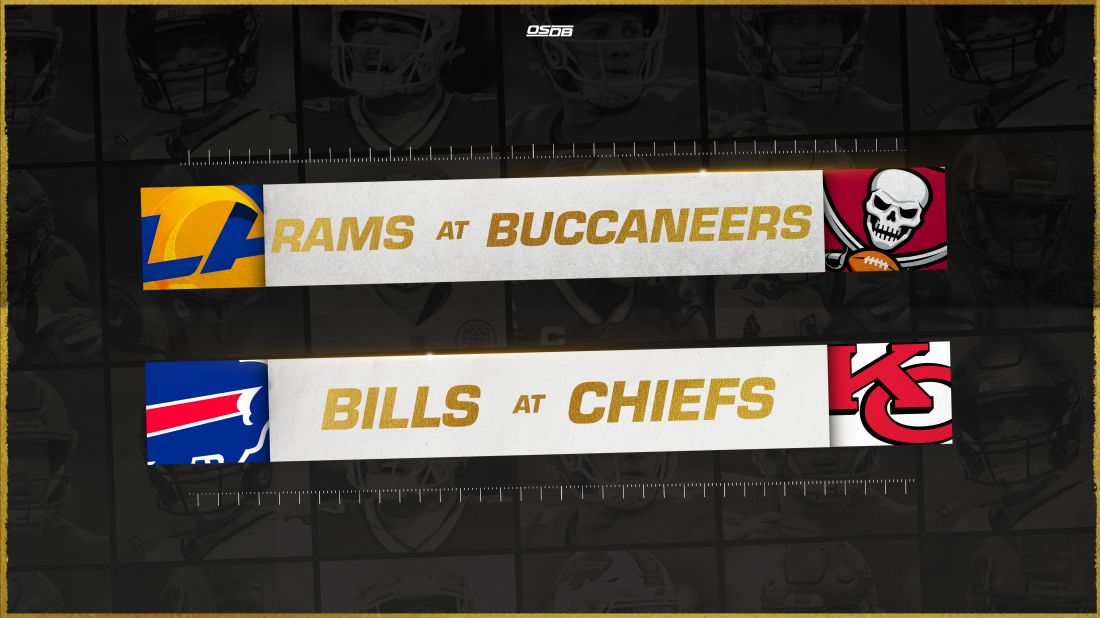 Eight teams remain in the battle royal for the Lombardi Trophy, and after this week it will be four. The four games slotted for this weekend are bound to provide all sorts of drama and exciting action for any football fan.

Super Wild Card Weekend gave fans a bit of everything. The Bengals snapped a 31-year drought in a close win over the Raiders. The Bills, Chiefs and Rams all won in dominating fashion, while the 49ers got out of Dallas with the only upset of the weekend. And Brady was… typical Brady, as the Bucs easily handled the Eagles.

Below I will be breaking down the games set for Sunday, January 23. The teams who made it to the Super Bowl last season both play on Sunday. The Chiefs welcome the Bills to Arrowhead and the Buccaneers play host to the Rams. At this point, the difference in the rosters of these teams is minor and it will come down to a few key reasons why each team will win their game. Feels like some upsets brewing for Sunday’s action.

After the Rams traded for Mathew Stafford, many believed this matchup was bound to happen in the playoffs. The defending Super Bowl champs have been one of the toughest teams all season but couldn’t quite catch the Packers for the No. 1 seed. The Rams have looked like the most complete team at times, but at other times they have looked average because of stupid mistakes. During Week 3 the Rams defeated the Bucs in L.A, 34-24. Brady’s greatness is undeniable, but he is 5-6 in the playoffs against teams he lost to during the regular season.

Three reasons why the Rams will beat the Bucs

Why the Rams will win the Super Bowl

The Rams have the most start-studded roster in the league and the Super Bowl is being played in their home stadium. Stafford was the missing link.

Three reasons why the Bucs can beat the Rams

Why the Buccaneers will win the Super Bowl

Brady continues to define time and continues his dominance over the rest of the NFL. The Buccanneers practically reloaded their whole roster from their championship team last season – so they could do it again.

These teams are forging a rivalry and it is being compared to the Patriots-Colts rivalry of the early 2000s. Similar to that previous epic rivalry, this present one features two of the best young quarterbacks in the league. The rivalry is just getting started with the advantage currently going to Patrick Mahomes, who is 2-1 against Josh Allen. Allen got his first win over Mahomes in Week 5 of the regular season when the Bills dominated the Chiefs 38-20. If the football Gods are good to us we will be able to watch this rivalry unfold for many years to come.

Three reasons the Bills will beat the Chiefs

Why the Bills will win the Super Bowl

They are playing at their full potential and have one of the best QBs, WRs and coaches in the NFL. Josh Allen stays hot and makes the leap from good to great.

Three reasons why the Chiefs can beat the Bills

Why the Chiefs will win the Super Bowl

They have been in the Super Bowl the past two years, winning one, which makes them one of the most playoff experienced teams in the tournament. LB Melvin Ingram is the piece the defense was missing to put them over the top.