By Steve Tsilimos | Posted 8 days ago 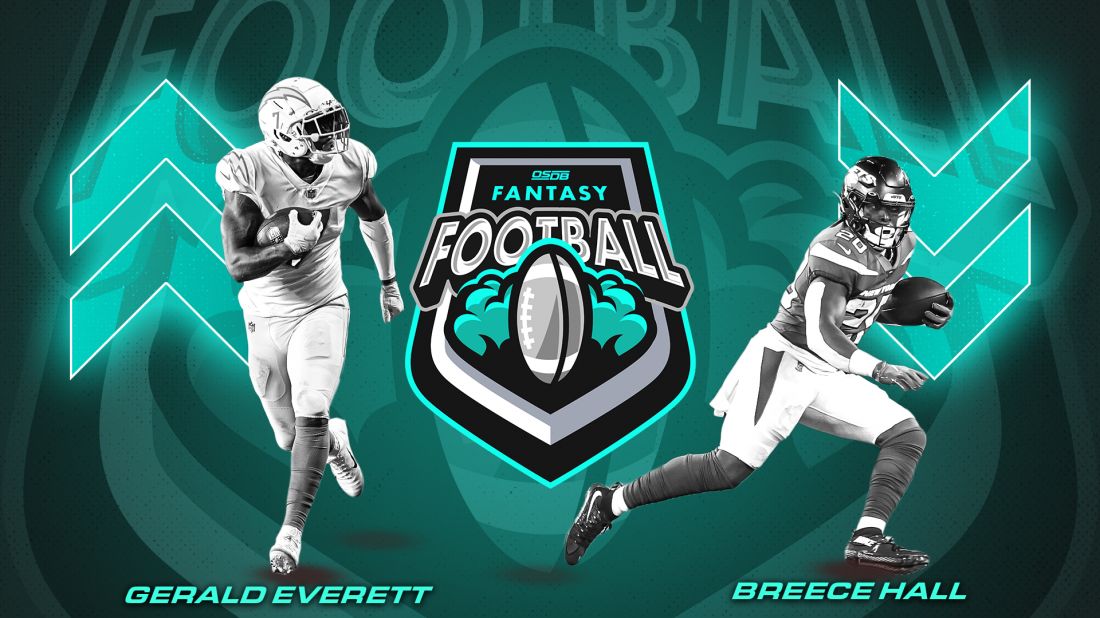 Week 2 of the NFL season was filled with comebacks. Three come-from-behind victories and a few more that fell just short. It has only been two weeks of professional football, but there have been a ton of wacky and close finishes. There have been 12 games decided by three points or fewer, the most through the first two weeks of a season in NFL history.

It’s only Week 2 of the 2022 NFL season, and I am already writing how Cleveland may have outdone itself and lost in the most “Browns” way. The Browns had a 13-point lead over the lousy Jets with 1:55 left in the game, giving them a 99.9% chance to win. Their 31-30 loss to the Jets is one of the worst losses in the history of the NFL.

The Jets-Browns game is a great place to start for fantasy news. With Joe Flacco at quarterback, the Jets have thrown the ball more than any other team, resulting in their RBs being overvalued and their WRs being undervalued.

Let’s look at what players are falling and need to be benched or cut and which players are rising and should be added or started. But first, let us look at some critical injuries that will impact fantasy football.

Cardinals’ RB James Conner (ankle) did not return versus the Raiders. He is questionable for Week 3.

Ravens’ WR Devin Duvernay was placed in concussion protocol and left the game.

Broncos' WR Jerry Jeudy (shoulder) did not return versus the Texans after his first-quarter exit. Jeudy did not practice Wednesday and is considered questionable for Week 3.

Cowboys’ TE Dalton Schultz exited the game in the fourth quarter due to a right knee injury. He is doubtful in Week 3.

49ers’ QB Trey Lance will miss the remainder of the season after suffering a broken ankle against the Seahawks that will require surgery.

a grand total of 9 points 🤑 pic.twitter.com/LG3zriRG5Q

Breece Hall has yet to reach 65 total yards in a game this season. Hall only played on 17 of the Jets' 66 offensive snaps in Week 2. He and RB Michael Carter both had seven carries, and Hall was only targeted once in the passing game. Managers who drafted Hall were hoping he would be the bell cow in New York, but he is in a committee of three thus far, with Ty Johnson running more routes than him against Cleveland.

The Steelers' offense has not looked good through two games making all of their players' fantasy busts. Chase Claypool has caught eight passes on 12 targets for a grand total of 44 yards through the first two games. WR Diontae Johnson is good enough to continually get open and gain targets, leaving Claypool wanting more in a low-scoring offense. There are better receiving options on waivers, and I’d be looking to drop Claypool for someone else if I owned him.

The Bears only ran 11 pass plays in Week 2 despite trailing by three scores for most of the game. Through the first two weeks, QB Justin Fields has passed for 191 yards and two TDs. I highly doubt that the Bears can keep up this abysmal pace through the air, but this offense looks horrible and will continue to struggle either way. Cole Kmet has yet to record a reception on two targets. I would not waste a roster spot hoping the Bears figure it out and start using him more.

Tua Tagovailoa benefits from having two receivers (Tyreek Hill and Jaylen Waddle) with game-breaking speed and an offensive coach willing to air it out. He should continue to put up big numbers even though he has not thrown the ball well. He has underthrown Hill on some deep balls and has sometimes struggled with accuracy. Even with his struggles, he should be rostered and possibly started if you don’t have a top-tier QBs.

James Robinson is one of the best stories in fantasy once again. He is a year removed from rupturing his Achilles and has rushed for 130 yards and two TDs through the first two weeks. He is RB1 in Jacksonville and will continue to get the majority of rushes on early downs, allowing third-down work to RB Travis Etienne. The Jaguars' offense looks primed to compete, and Robinson is a big part of what they are doing. Get this guy in your lineups.

Cam Akers rushed 15 times for 44 yards in the Rams' Week 2 win over the Falcons. That is a massive improvement from his zero yards on three attempts in Week 1. Akers also hauled in two receptions on three targets. Akers out-carried teammate Darrell Henderson15-10, and Henderson was not targeted in the passing game. What a crazy turn of events because Akers only averaged 2.9 YPC compared to Hendersons' 4.7. Henderson looks like the better back, but hopefully, for Akers owners, Akers can continue his pursuit of the lead-back role and take it over sooner rather than later.

Sterling Shepard earned 10 targets in the Giants' Week 2 win over the Panthers. It wasn’t a great fantasy day because he caught six for 34 yards, with an average depth of target of just 8.50 yards. What's important is that he is the No. 1 wideout for the Giants. Teammate WR Kenny Golladay is essentially done – playing only two snaps. WR Kadarius Toney is a non-factor. Toney is dealing with a lingering hamstring injury and should remain a non-factor, giving Shepard flex appeal next week.

Rookie receiver Garrett Wilson had his breakout game against Cleveland, recording eight catches on 14 targets for 102 yards and two TDs. His second score was the game-winning TD with 22 seconds left on the clock. The Jets are not afraid to air it out with Joe Flacco, who leads the league with 103 passing attempts. Wilson looks to be Flacco’s favorite target. It could change when Zach Wilson takes over as QB, but in the meantime, Wilson is a WR3 with tremendous upside.

Gerald Everett was one of the favorite waiver wire targets after his three receptions for 54 yards and a TD performance in Week 1. He followed that with 6 receptions on 10 targets for 71 yards in Week 2, and looking like a must-start TE. The Chargers scored 24 points in each of their first two games, and Everett is one of Justin Herbert’s favorite targets, especially near the goal line.