By Cassius Marsh | Posted 6 months ago 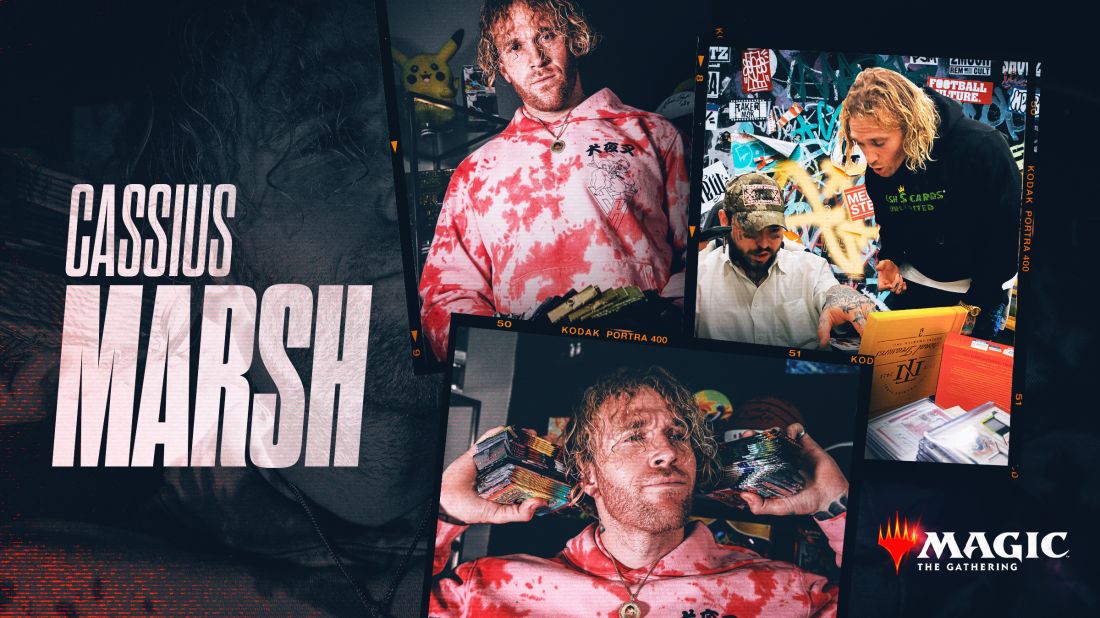 The inaugural “Relics Revisited” event at Cash Cards Unlimited was a huge hit with the trading card game (TCG) community, and we expect this to be the first of many.

I’m still buzzing from all of the excitement and camaraderie that took place offsite on Oct. 22.

Kindred spirits gathered from near and far for this exclusive box-breaking event, which featured Magic: The Gathering’s (MTG) 1994 Revised Edition and a Commander VIP experience. Traditionally, people don’t often allow themselves the satisfaction of opening packs of vintage Magic cards, because they’re concerned about preserving their value. Think of Steve Carell’s character Andy Stitzer in The 40-Year-Old Virgin, who never liberates his collectibles from their packaging.

While it’s wise to protect your investment and handle your cards with care, Magic is ultimately a game to be enjoyed, and events like BreakX bring our TCG community together in a special way.

For this unique event, we sold out all 36 VIP spots within 24 hours of putting them on sale, which was amazing. Our goal is to keep rocking these old-school box breaks every few months, eventually working our way up to the unthinkable: opening an Alpha box.

Alpha is the first set of cards Magic produced, and a box is worth somewhere in the neighborhood of $1,000,000. Exciting stuff!

There’s so much to love about TCG: the excitement of opening a fresh pack, the brilliant artwork on the cards, the sport and competition involved in playing head-to-head or in tournaments ... For me though, the most important aspect of Magic: The Gathering and all the other TCG formats is the fellowship we experience within the community. The ritualistic gathering of the tribe is 90% of the magic involved, if not more.

Our VIP list for this virgin voyage of “Relics Revisited” consisted of Post Malone, DJ Skee, comedian Rick Glassman, The Professor, Jimmy Wong and Josh Lee Kwai from The Command Zone podcast, reps from I Hate Your Deck, Troll & Toad, and Whatnot, to name a few.

We were blessed with a diverse and energetic group for this groundbreaking event, and the excitement was palpable. It just goes to show that TCGs are for everyone- rock stars, jocks, actors, comedians, executives, nerds, “normal” folks, kids starting out, and people from every point on the global spectrum. There is something here for everyone.

The stigma that TCGs are for geeks and unpopular kids is being flushed out as false.

People with all types of personalities and backgrounds are coming together to share something that they love, and the industry is growing. The beautiful thing about games like MTG, is that the cards can serve as an equalizer of sorts.

There’s no doubt that there can be a great deal of creativity employed in building a powerful deck, but it also comes down to the luck of the draw. Any given tournament, you can be champion. Any given pack opened, you can pull a rare and valuable card that you’ll cherish forever. So much joy is derived from TCGs on so many different levels.

In the 28 years since Magic first appeared on the scene, both the game and collectible nature of MTG has grown exponentially. As of December 2018, there were more than 35 million players worldwide, and that number is probably closer to 40 or 45 million now.

The future is bright for TCGs, and Cash Cards Unlimited is in an especially awesome position now that we’ve partnered with Stock X and Troll & Toad.

We thrive to offer our customers the richest experiences possible on a consistent basis.

An example is the art gallery presented at the “Relics Revisited” BreakX event, which provided additional stimulation and a cool ambiance for our VIPs. And the event would not have been possible without the work and creative force that is Evan Thomas who coproduced this even. He is the Director of Product, Category Expansion."

Our vision is to offer a diverse menu of throwback options at our break-box events, such as high-end sneakers, high-end artwork, and of course high-end TCGs.

We want to evolve the vintage collectible culture within the walls of our shop, and shine that light out into the TCG community. It’s a blessing to be on the front lines of this magical movement.