By Cameron DaSilva | Posted 13 days ago 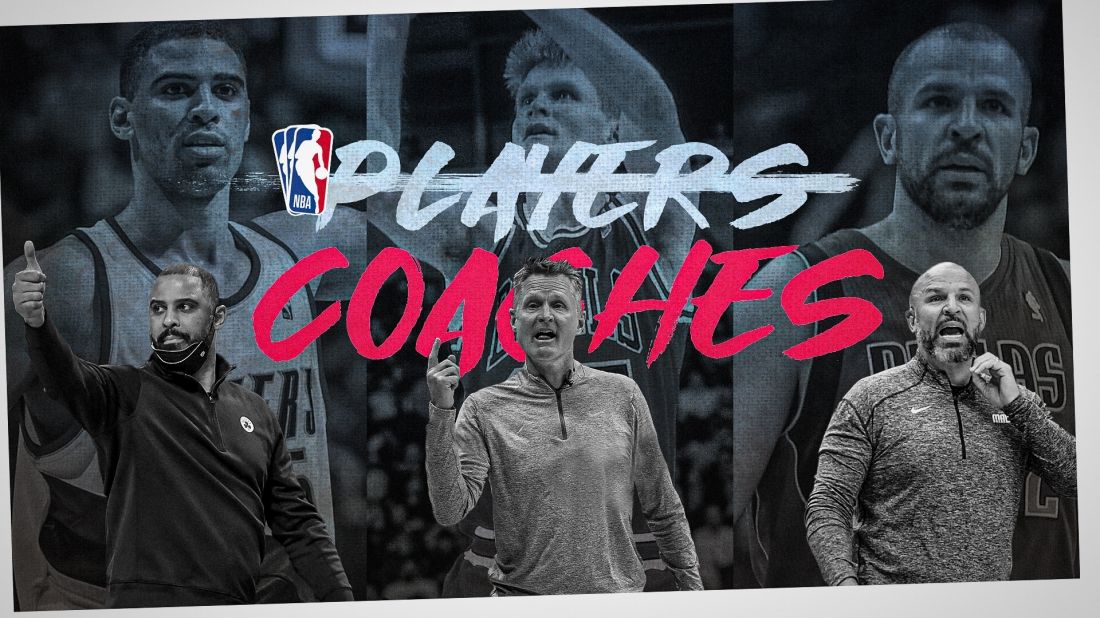 Being a head coach in any professional sport is challenging. You’re often given a short leash, battling pressure to have success early on despite usually being hired into a tough situation with a team that’s rebuilding.

Coaching in the NBA is especially difficult, particularly if your team is devoid of a superstar. It’s a league that almost requires you to have a top-tier player or two if you’re going to compete for a championship – unlike the MLB where you can get away with having an analytics-driven team that gets on base and simply records outs on defense.

The Boston Celtics and Golden State Warriors both have plenty of star power across their rosters, but their head coaches deserve a ton of credit for the jobs they’ve done to get their teams where they are today.

Both Steve Kerr and Ime Udoka come from backgrounds as former NBA players. And both were viewed as role players rather than stars, which ultimately helps them navigate the day-to-day job of being a head coach. Kerr was a key part of the Chicago Bulls’ championship teams, not only as a valuable distributor of the ball, but a sharpshooter on the wing.

Udoka most notably spent time with the Trail Blazers, Spurs and Kings, playing a total of 316 games (80 starts) in his career.

They’re not alone in a group of former players who have gone on to become coaches. Jason Kidd is also in that group. He led the Dallas Mavericks to the Western Conference Finals this year. Monty Williams of the Phoenix Suns has enjoyed a successful coaching career after playing a decade in the NBA. Doc Rivers, Steve Nash and Nate McMillan are also in that ever-growing collection of players-turned-coaches.

All of them led their teams to the postseason this year, with Kerr’s Warriors and Udoka’s Celtics meeting in the NBA Finals, each seeking to become world champions; Kerr for the fourth time as a head coach and Udoka for the first time in his debut season as a head coach.

Being former players, specifically players who complemented the other guys on their teams, Kerr and Udoka understand how to relate to everyone from the top to the bottom of the roster. They know how to give their stars the freedom to be great – Kerr with Steph Curry and Udoka with Jayson Tatum. But they also know how to get the most out of Players 7-11 – guys like Payton Pritchard, Derrick White, Gary Payton II and Otto Porter Jr., all of whom have played meaningful minutes this postseason.

Curry has spoken about Kerr’s ability to manage and lead his players, crediting the job he’s done by setting clear expectations for everyone.

"He’s wise in terms of how to manage people,” Curry said on the All The Smoke Podcast in 2020. “That’s a big thing in the league, no matter if it’s the first guy or the fifteenth guy. You have to be able to be honest, you gotta be able to set expectations, and figure out ways to get the best out of guys. Anyone that would've played for him will tell you, you always know where you’re at [with Steve Kerr]. If you get a couple of ‘DNPs’, he’s gonna tell you why.  He’s not going to just walk by you and not say anything to you.

“I think that’s the biggest thing for long-term success. You know who your best players are and what they need to go out and do every night, but your role players and the guys that are going to help you out throughout the regular season, and have those spot moments during the playoffs that’s gonna make the difference, they have to be engaged all year long, and it starts in the summer time and the training camp and all the way through, and Coach is the best of being able to paint a picture of how you’re going to help this team, and being real. Like, you feel that care factor that he brings.”

It sounds simple, but Kerr knows how to coach his players properly. He knows that screaming and yelling at guys on the floor or in practice isn't necessarily the best approach. Most players want to be coached, but every player is different, so there’s no one-size-fits-all approach to the game.

“The old school where the coach is the disciplinarian—those days are numbered if they’re not gone already,” he told author Jonah Sachs. “There are few young players who will respond to a guy yelling and screaming at him.”

Udoka oozes the same “player’s coach” mantra. In his first year as a head coach, he’s gotten his players to completely buy into his philosophy and approach. Jaylen Brown blossomed in Udoka’s first season at the helm, averaging 23.6 points per game with a career-best 3.5 assists per game.

Brown can tell Udoka has been in his shoes as a player, appreciating his calm demeanor in times of pressure.

“Ime for a first-year head coach, plenty of poise,” Brown said, via the Boston Globe. “I know he played the game and been on championship teams, you can tell because in the high-pressure moments like [Monday], he seemed to have the poise. He wanted us to stay calm. Oftentimes when you are playing for a coach, his leadership is going to reflect on to [the team]. Leadership is important from coaches to players to the organization. This year has been pretty special from the top to the bottom.”

Tatum echoed those same feelings about his head coach.

“We’ve got a great relationship,” Tatum told the Globe. “Definitely a player’s coach, a guy that played in the league. Sohe kind of just understands it. He’s done an unbelievable job in his first year. All the expectations and obviously the up and down season we were having at the beginning and how we’ve turned it around. It took everybody from the players and the coaches. Kind of a shame that he’s not in the finalist for Coach of the Year. He definitely deserves it.”

When it comes to the X’s and O’s and game-planning aspect of coaching, both Kerr and Udoka get it. They know how to put their players in position to succeed. And they’ve both learned to adapt as their teams have changed, too. Kerr has learned to coach without Curry in the lineup at times, as well as Klay Thompson – who missed all of the 2019-2020 and 2020-2021 seasons with injuries. Winning without stars is difficult, but Kerr and the Warriors have managed to do that.

And although the Celtics haven’t had to endure the same type of adversity with Udoka this year, they weren’t exactly title contenders. At the end of January, they were just 27-25. But after the All-Star break, they only lost five games en route to a 51-31 regular-season record.

Udoka made adjustments, as did the Celtics personnel-wise, most notably bringing in White in a trade with the Spurs. That’s made a world of difference for Boston, sparking their hot stretch since February.

Understanding a player’s strengths is critical when it comes to developing a game plan and capitalizing on the roster talent a team has, and both Udoka and Kerr do a great job of that.

Jason Kidd recently spoke about that in an interview with FOX Sports, and it’s something he’s learned as a former player himself.

"You can't say, 'This is the way I would do it,' because everybody is different," Kidd told FOX Sports. "You have to understand that and be all right with that. Some [former stars] can do it and some have a hard time doing it. My job is to help everyone recognize their strengths and put them in a position to be successful."

While Kidd was a much bigger star in the NBA than Kerr or Udoka, Kerr believes role players may be better suited as coaches compared to those who shined brighter during their playing days.

"One theory I've always heard that I think makes some sense is that it's harder for superstar players to really understand how hard the game is for the lesser players,” Kerr told FOX Sports. Whereas, if you were a lesser player, coaching makes more sense because you can really identify one through 15 what all the guys are going through, and you sort of had to figure out how to make an impact in the game. Maybe it forced you to examine things a little bit deeper."

Star or not, former players are finding success as coaches in today’s NBA – just as they have in the past, too. Udoka is the latest example of that, and not just because he’s one of the two coaches currently in the NBA Finals.

He was doing well with Boston before this postseason run. Like Kerr, he just gets it. 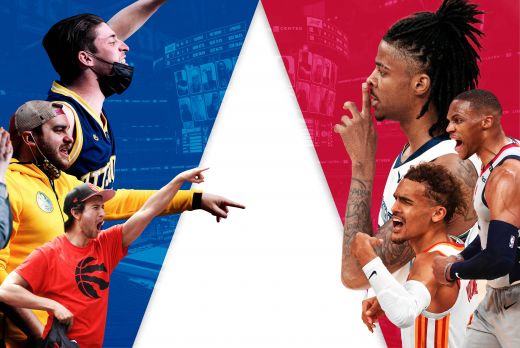 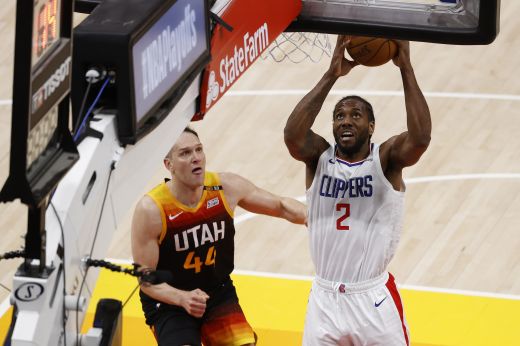 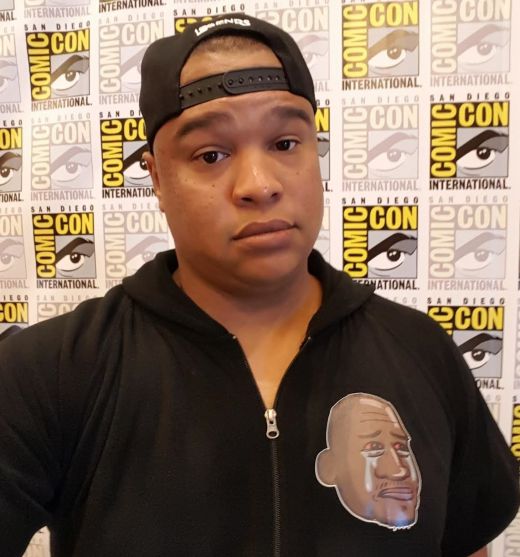 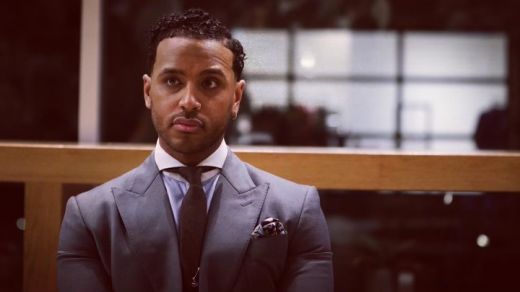