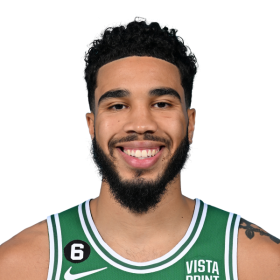 The mission of The Jayson Tatum Foundation (the “Foundation”) is to positively impact and inspire children, teens and their families through education, athletics and other individual and family building initiatives, and to encourage them to strive to fulfill their personal dreams and aspirations. As a part of this mission, we will work to equip children and teens with tools that will empower them to be the positive change they need to see in their communities.

Tatum began his career playing prep basketball at Chaminade College Preparatory School where he was rated a five-star recruit and regarded as one of the top players in the Class of 2016 by recruiting services. After one season with Duke, he entered the 2017 NBA draft, and was selected w...

Tatum began his career playing prep basketball at Chaminade College Preparatory School where he was rated a five-star recruit and regarde...

Tatum began his career playing prep basketball at Chaminade College Preparatory School where he was rated a five-star recruit and regarded as one of the top players in the Class of 2016 by recruiting services. After one season with Duke, he entered the 2017 NBA draft, and was selected with the third overall pick by the Boston Celtics. He won the 2019 Skills Challenge during NBA All-Star Weekend.

As a senior in  high school Tatum averaged 29.6 points/9.1 rebounds and posted six 40-point games while leading Chaminade to its second Missouri Class 5A state championship. He was joined by Tyler Cook (who went on to play for Iowa), Mike Lewis (Duquesne), and Will Gladson (Princeton). Tatum was selected to the 2016 McDonald's All-American Game in January 2016, where he won the Skills competition, and in the all-star game on March 30, 2016, at the United Center in Chicago, leading the East Team in scoring with 18 points and grabbing 8 rebounds in a 114–107 loss. Tatum also played in the Jordan Brand Classic and Nike Hoop Summit all-star games and was named the 2016 Gatorade National Player of the Year.

Tatum was rated as a five-star recruit and considered one of the best prospects in the 2016 class. He was ranked as the No.3 overall recruit behind Harry Giles & Josh Jackson and No.2 small forward in the 2016 high school class.

On December 3, 2016 in his Duke debut, Tatum recorded 10 points in a 94-55 win over Maine. On December 6, 2016, Tatum tallied 22 points & 8 rebounds in a 84-74 victory over Florida at the Jimmy V Classic. On December 21, 2016, Tatum scored 18 points, 8 rebounds, and 4 blocks in a 72-61 win over Elon. On January 4, 2017, Tatum scored 19 points in a 110–57 victory over Georgia Tech. On January 7, he recorded 22 points and 6 rebounds in a victory over Boston College. On January 21, Tatum scored 14 in a 70–58 win over Miami. On February 15, he scored a season-high 28 points and had 8 rebounds in a 65-55 victory against Virginia. As the fifth seed in the ACC Tournament, Duke defeated Clemson in the second round and Louisville in the quarterfinals. On March 10, Tatum scored 24 points in a win over rival North Carolina in the semifinals. On March 11, Tatum tallied 19 points and 8 rebounds in a 75–69 victory against the Notre Dame Fighting Irish, earning the Blue Devils the ACC Tournament Championship. Tatum was named to the All-ACC Tournament team, after averaging 22.0 points, 7.5 rebounds, and 1.5 steals per game for the Blue Devils. As the #2 seed entering the NCAA Tournament, Duke defeated Troy University in the first round, but exited early in a second-round loss against South Carolina. Tatum averaged 16.5 points and 7.5 rebounds per game in the tournament. In his freshman season for Duke in 2016–17, Tatum played 29 games and averaged 16.8 points, 7.3 rebounds, 2.1 assist, and 1.3 steals per game, and was named to the ACC All-Freshman team & a third team All-ACC selection. Tatum had a successful freshman season at Duke, ranking fourth in made free throws (118), rebounds (fifth), and free throw percentage (849.).

At the conclusion of his freshman season Tatum opted to go directly into the 2017 NBA Draft as a one-and-done, where he was projected as a first-round selection. In a controversial move, Boston Celtics general manager Danny Ainge dealt away the team's #1 pick in the 2017 NBA draft to the Philadelphia 76ers in hopes that he could acquire another valuable draft pick and still target the player he actually wanted, Tatum. Not ranked as high as other prospects underrated on draft boards, Tatum was still on the board as the Celtics drafted him #3 overall on June 22, 2017, with the pick they received from Philadelphia. Tatum was the team's second straight #3 pick for a small forward, following Jaylen Brown in 2016. During the 2017 NBA Summer League event in Utah, he displayed his abilities to effect, averaging 18.7 points, 9.7 rebounds, 2.3 steals, and 2.0 assists in nearly 33 minutes of action. Later, in Las Vegas, Tatum produced similar results, averaging 17.7 points, 8.0 rebounds, 1.0 assists, and 0.8 blocks in nearly 32 minutes of action in the three games he was allowed to play. As a result, he was named to the All-Summer League Second Team.

The Celtics finished the season with a record of 55–27, entering the 2018 NBA Playoffs as the second seed in the Eastern Conference.  At the end of his playoff run, he joined Kareem Abdul-Jabbar as the only rookies in playoff history to record 10 games of 20 or more points scored during their first playoff runs. Furthermore, LeBron James would praise Tatum's work there, stating 'He's built for stardom''. On May 22, 2018, he was named to the NBA All-Rookie First Team. He won the 2019 Skills Challenge during NBA All-Star Weekend and in 2021 he was named to his second all star games. 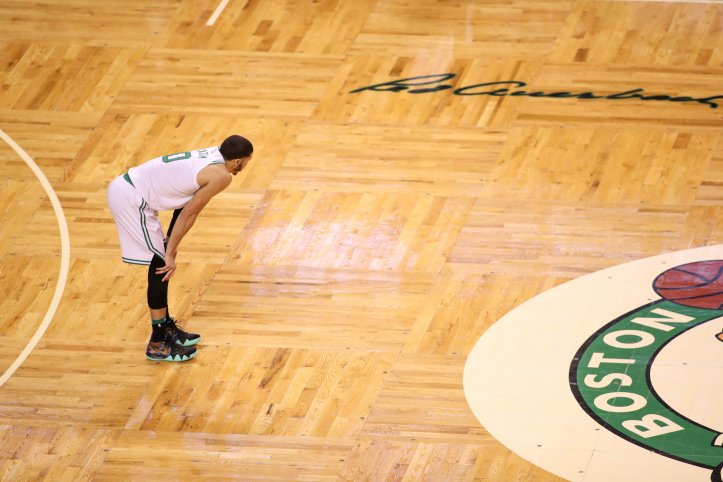 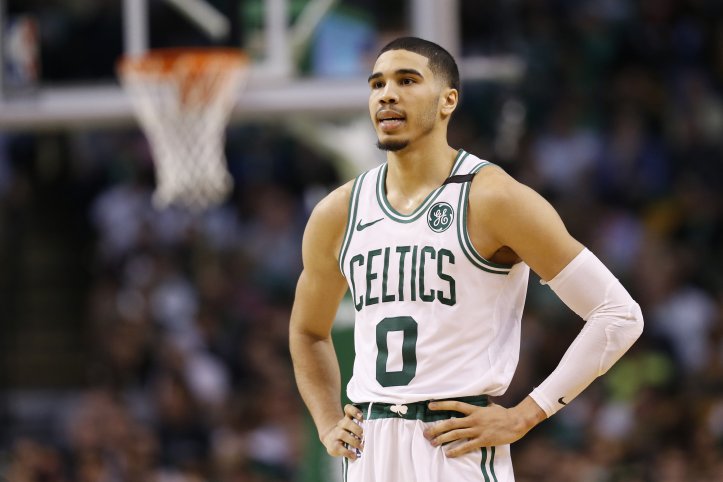 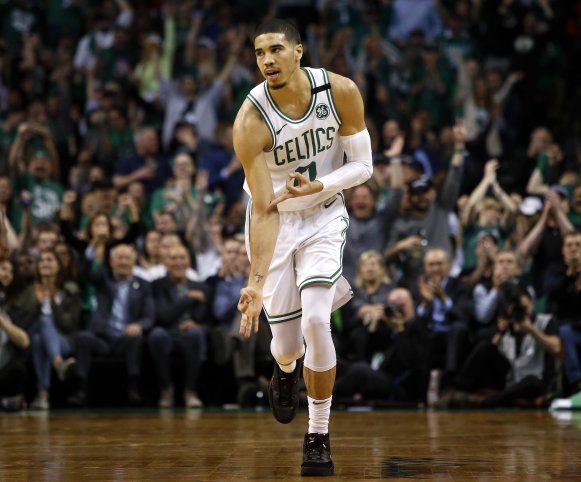 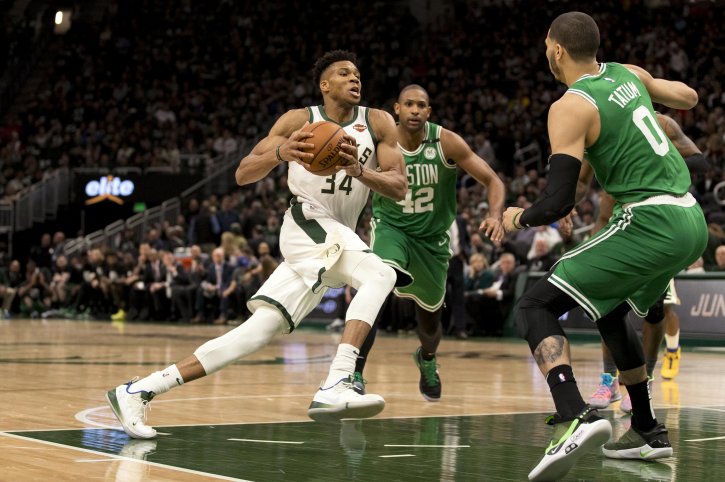 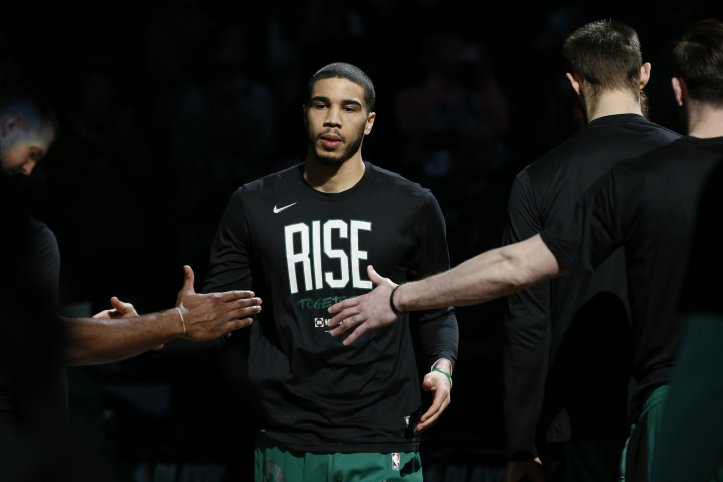 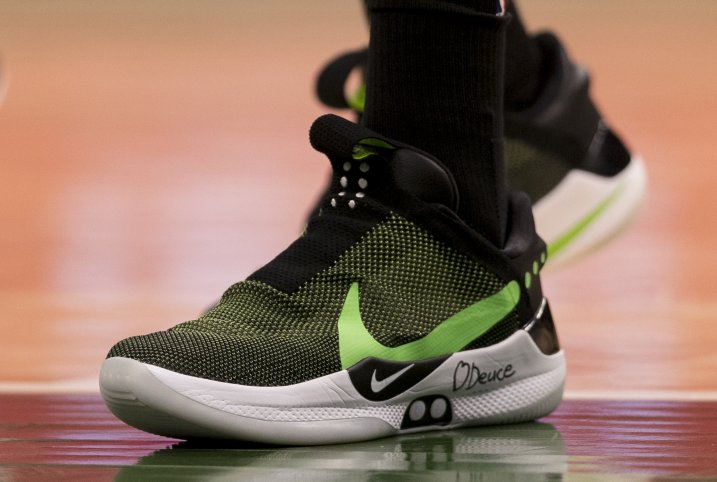 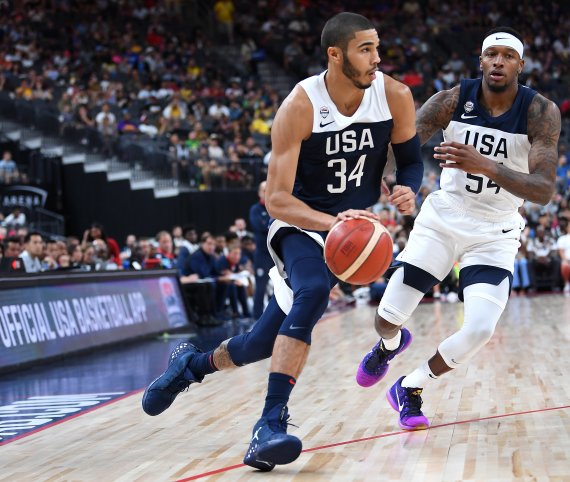 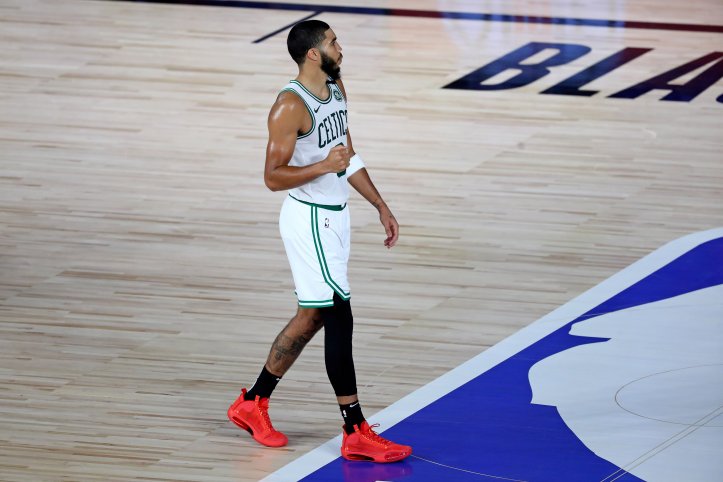 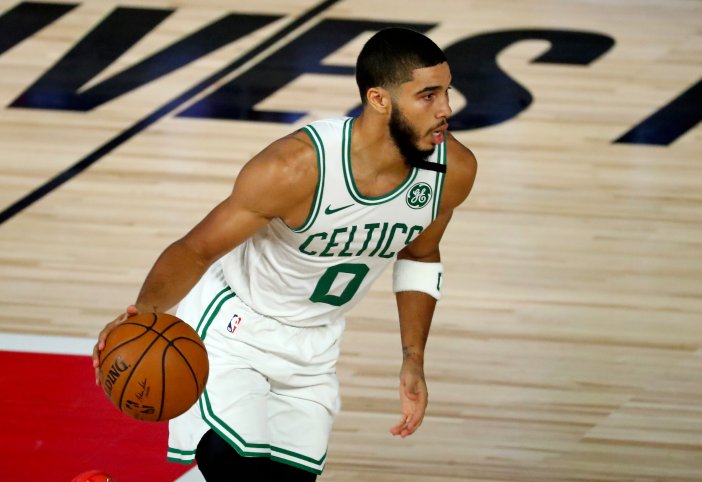 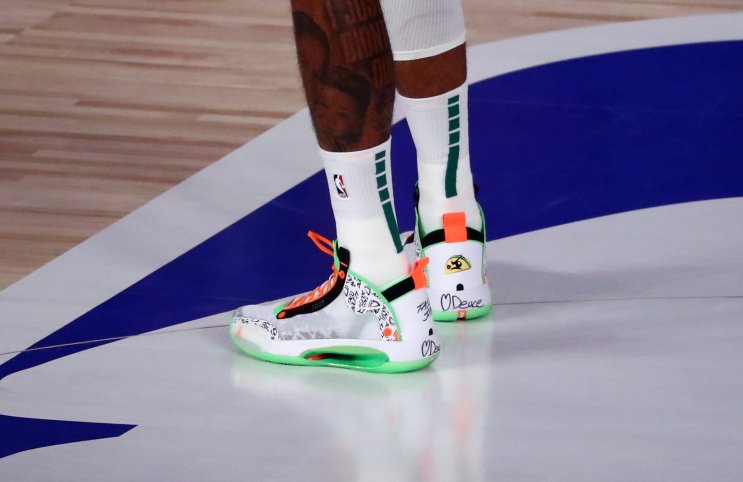 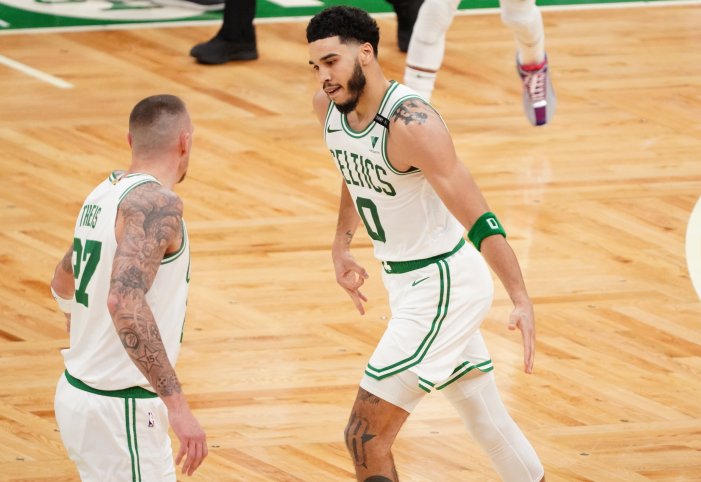 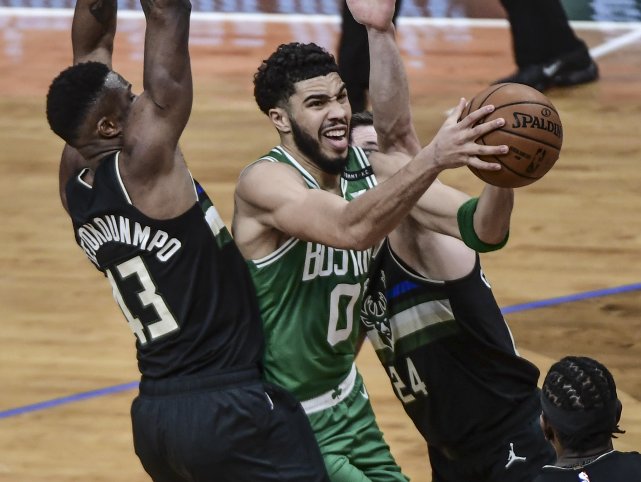 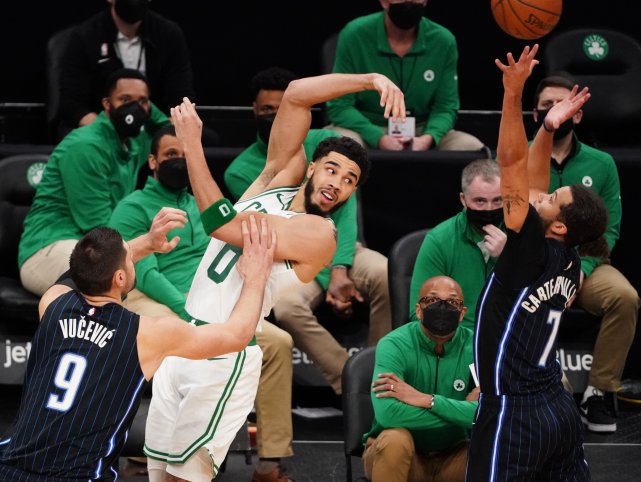 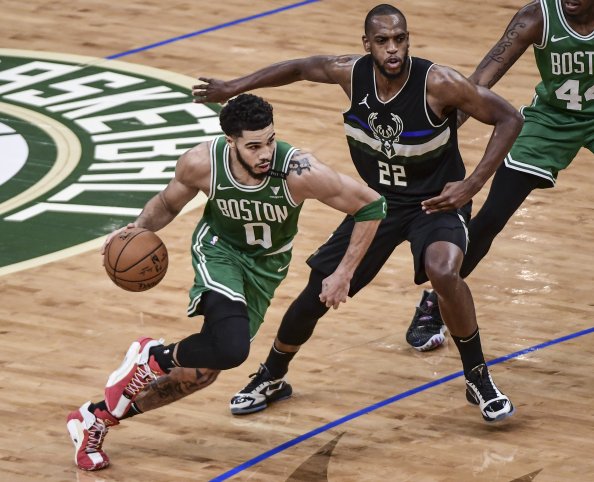 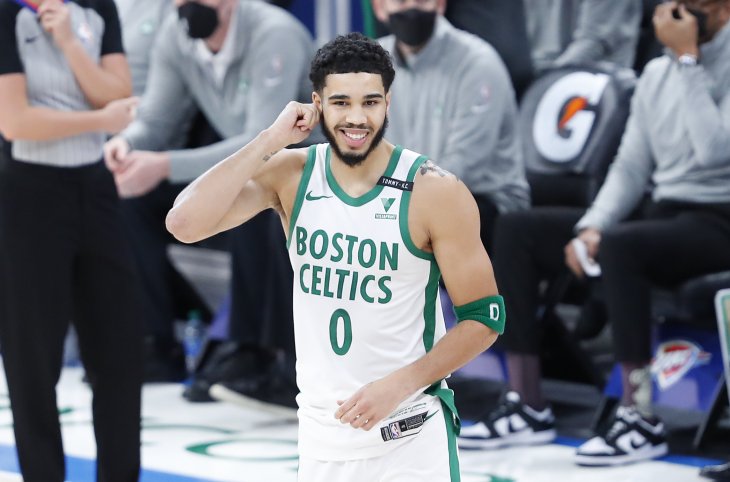 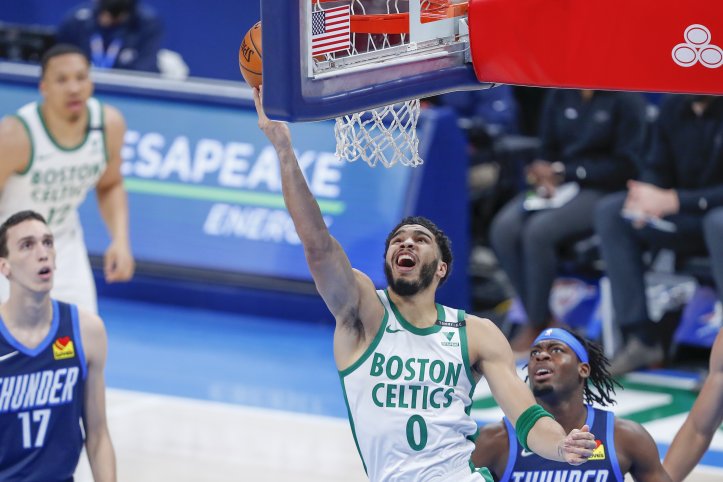