Page: Josiah Johnson is so much more than the NBA Twitter guy 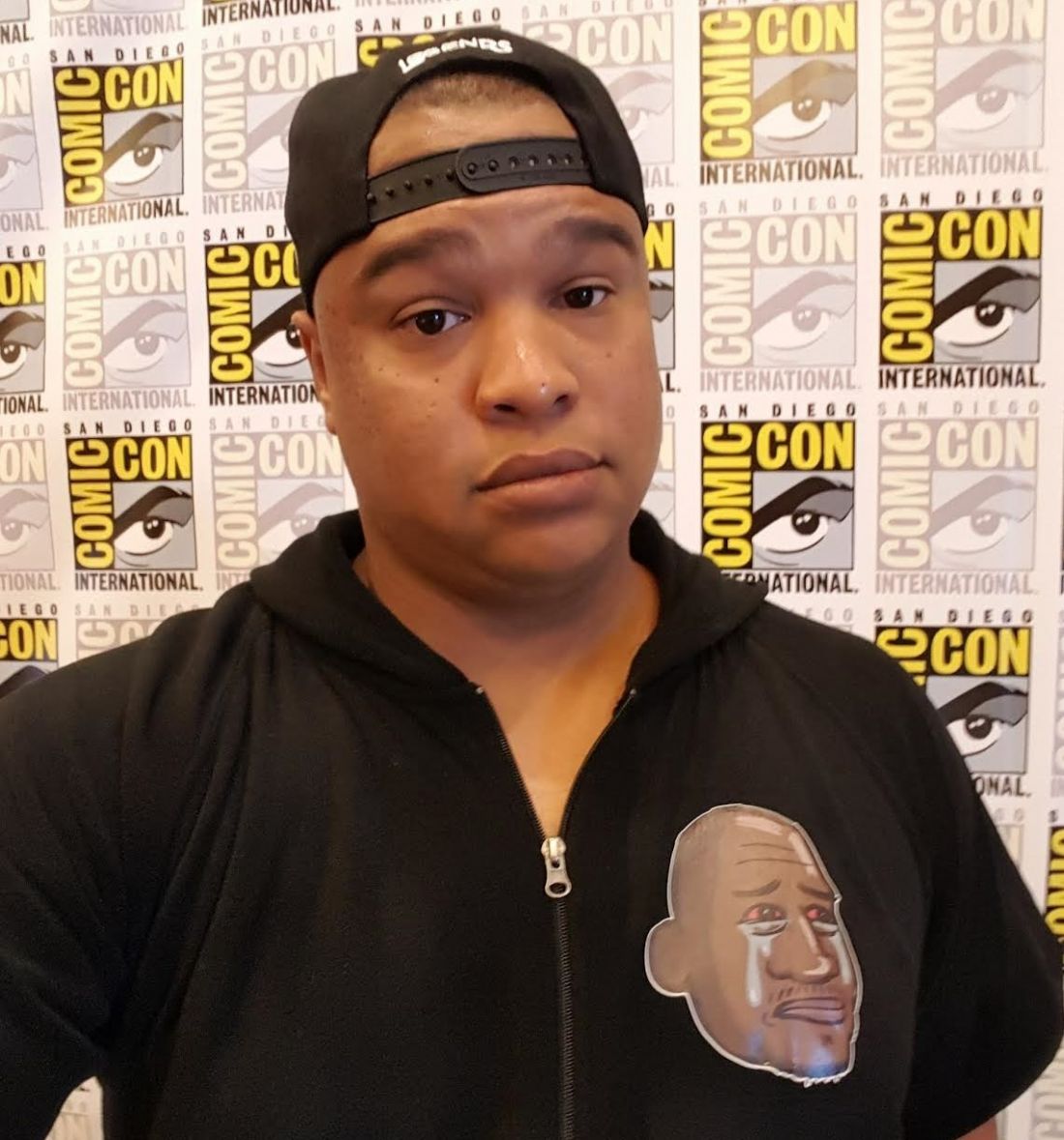 If you’re an NBA fan who regularly checks Twitter, there’s a good chance you’re following Josiah Johnson. Widely considered the king of NBA Twitter, Johnson has turned his passion for basketball and his social media savvy into one of the best accounts on the platform, racking up more than 150,000 followers – a number that grows by the day.

Johnson’s specialty, of course, is memes. Seemingly every single one he shares gets tens of thousands of likes and retweets, with even those who don’t follow the NBA sharing them with friends.

During Thursday night’s Nets-Bucks game, LeBron James gave him a shoutout on Twitter with a couple of tweets. He first quote-tweeted Johnson’s video and then called him the G.O.A.T. in a separate tweet.

“I tweeted something about Bruce Brown with that bad last-second shot and the comments started flooding in,” Johnson told OSDB Sports via phone. “But when you see LeBron show up in your feed, I saw it and just smiled. It’s amazing. It’s the second time I’ve gotten the LeBron quote tweet. I would say it’s the greatest moment in my social media life.”

LeBron is Johnson’s all-time favorite player, considering him the greatest of all time. So understandably, Johnson has notifications set up for everything James tweets. However, he didn’t see LeBron’s quote tweet at first. He was alerted to it from Chiefs guard Kyle Long, who direct messaged Johnson on Twitter and said, “Yo, you got the LeBron quote tweet!”

“It was a tremendous day in my existence,” Johnson said. “When your G.O.A.T. calls you the G.O.A.T., it means the world. The price of the brick is going up and everyone has been put on notice.”

One of the first surreal moments of Johnson’s rise to prominence came when actor and filmmaker Jordan Peele quote tweeted Johnson for using a video from Peele’s hit film, “Get Out.”

It’s something Johnson will never forget and afterward, he got the chance to talk to Peele via Twitter DM and showed his appreciation for all that he’s done.

“This was a couple years ago when Antonio Brown went to the Patriots,” he recalled. “I put up a funny meme and I was doing great stuff before that, but this particular meme was from ‘Get Out’ and Jordan Peele ended up tweeting it and followed me and we ended up talking.

“It was just one of the better moments and showed me the power and impact that social has and how people across the world are able to consume content. Media now is a multi-billion-dollar industry.”

Johnson is unique in the fact that he doesn’t have some 20TB hard drive filled with old memes and videos from movies stored and ready to use when the opportunity presents itself. His movie and culture recall are on another level, which allows him to see something happen live during a game and find the perfect meme to post in the moment.

That’s not a skill a lot of people have, which is why Johnson is often the first (and best) when it comes to NBA Twitter.

“I'm super unconventional, untraditional,” Johnson said. “I don’t really bank stuff. I’ll bank photos just to have ready, but at the end of the day, a lot of it is just a lot of off memory and consuming tons and tons of content and pop culture and media and keeping my ears to everything going on on social in terms of what’s trending and what’s hot.

“But I see things in meme form. LeBron likes to say he has a photographic memory and he can recall plays from early in his career. I do the same thing with pop culture and content and understanding memes.”

Johnson is so tuned in to social media and pop culture that he always knows what’s trending and what people are talking about. So, in turn, he consumes a ton of content on the Internet, whether it’s on social media, in the news or elsewhere.

“When I see things happen, a lot of times it’s in meme form already,” he said. “Now it just becomes a matter of locating whatever piece of content I want to use and figure out the caption I want to use. But I try to do that at a pace and speed that is A) revolutionary and B) faster than all of my competitors.

“I kind of look at it like when we’re watching a live event, we’re all competing with each other and I'm going up against entire social teams with multi-million-dollar budgets and all these resources and air-conditioned offices and big-screen TVs and blah blah blah. But for me, I just look at it as a challenge and just an attempt to show them every single day who is really running this game and get them to understand what it is.

“But I feel like we’re all competing and going at each other to see who can put the best content up and more often than not, I'm one of the top upper-echelon names in that space. I just try to continue to do that but also let the next generation know what it is and show people who look like myself, especially Black people in America that you can be super successful at this game and don’t let anybody tell you different or let them sway you from doing it because Black culture, Black Twitter, we control the game, we move the needle, we are what pushes culture and content and everybody wants to tap into that and a lot of people are making a significant amount of money. Some of them are giving back to the community, a lot of them aren’t.

“Really just figuring out a way to show people what it is and show them that what they’re really doing from big companies with multi-million dollar budgets that they’re not that special and I'm just running laps around their whole social team.”

Of course, being so popular on Twitter and Instagram, Johnson often sees his posts being repurposed and stolen without credit by other accounts on social media. It doesn’t go unnoticed.

“A lot of people like to steal my content and tweet like me and they do it without attributing credit and without offering a bag or getting my blessing,” he said. “You can't really say ‘beef’ but I just see the amount of money people make by repurposing my content. I don’t know if they think I don’t see it or what it is.

“Any time I have a viral tweet, I know it’s going to end up on 50-100 different IG. Some will give credit, some will do the ‘Who did this?’ thing, knowing they snatched it from my account. That’s the thing that’s frustrating in this game now, is curation gets rewarded more than creation in this industry and it’s really sad to see, but I know I can do both and I'm a much better creator than a lot of people out there so I’ll always have ammunition and clips ready to go.”

Before he became a star on Twitter, Johnson grinded his way through the sports broadcasting industry. After spending five years at UCLA as a member of the basketball team, Johnson went into sports production.

“I redshirted so I was there for five years, and those five years on campus were awesome. After college ended, I knew I wasn’t really good enough to play in the NBA, didn’t really want to pursue the international route so started working in sports production with FOX Sports and NFL Network,” he said.

“Started as a PA at both of those companies. While I was doing that, I was running a website called Jersey Chasers that did a bunch of off-kilter sports-themed content, comparable to a Bleacher Report or some of those other properties now but more urban-skewed focused on Black athletes and Black stories and really a fan and supporter of the athlete as opposed to the institution.”

During Johnson’s 10 years at FOX Sports and NFL Network, he worked on an estimated 25-30 shows before eventually finishing up as a supervising producer of “NFL Game of the Week.”

In other words, there was little Johnson didn’t do at FOX Sports and NFL Network.

Johnson got to show his creative side he sold a show to Comedy Central.

“Was blessed to produce and sell a TV show to Comedy Central called ‘Legends of Chamberlain Heights’ that was based on my career as a bench warmer at UCLA and inspired by my story, and that show ran for two seasons, including the first season being paired up with South Park as the lead-in,” he said.

Johnson’s hands are always full with something he’s working on in addition to maintaining the throne of NBA Twitter. He works on “NBA Twitter Live,” which is a streaming show during select TNT playoff games.

He wrapped producing and writing a show with Ava Duvernay and Michael Starrbury called “Colin in Black and White,” which is based on Colin Kaepernick’s life and should be released in the near future.

Johnson connected with Starrbury instantly because his dad, Marques Johnson, played for the Milwaukee Bucks, and it just so happens that Starrbury is a big Bucks fan.

Starrbury co-created “Legends of Chamberlain Heights” with Johnson, and the two have been friends since.

That led to Johnson’s involvement in the Kaepernick series, which was huge opportunity as a writer.

“He brought me in as one of the writers. It’s a limited series, a different kind of perspective on Kaep’s life and showing how he became the man he is and all the tremendous stuff that he’s doing and the birds that were laid early on in his life,” he said. “Everybody’s super excited about it and to be able to work with Kaep and his team and tell his story was an incredible opportunity and one that I will not ever forget.”

Johnson says Kaepernick was “very hands-on” and “very available,” giving the team of writers and producers great insight, while ensuring the pointed details of his life and story were told correctly.

With all of the different projects Johnson works on, he doesn’t have much downtime. His day-to-day ranges from doing a writer’s room writing a script with Duvernay to producing his show “Outta Pocket” for Wave to pitching ideas and doing his own content on social media.

“It’s pretty crazy but I just try to stay even-keel and exercise a lot and balance myself out and not overextend myself in any one particular area,” he said. “But I really only devote 10-15% of my working energy to my social media and Twitter, but I found that’s a good work-life balance in addition to the other stuff I’m doing.

“It’s a lot of different work, my schedule is super, super busy and swamped but I’m a workaholic so I love that component of it and I love making great content with great people.”