Page: Stories and people that provided inspiration in 2021 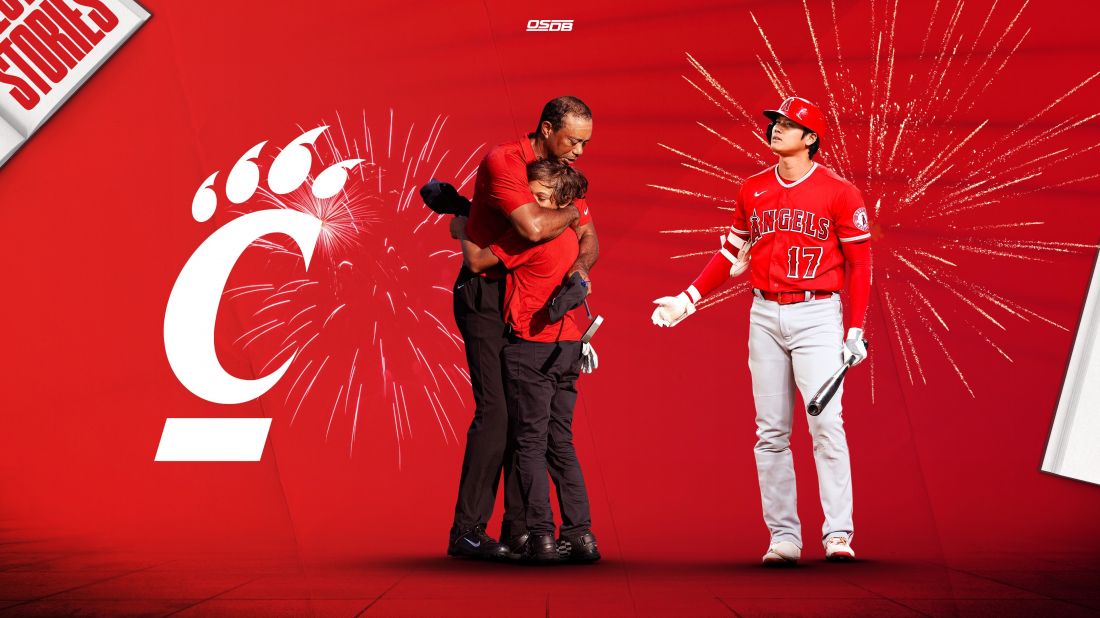 It was quite the year in sports, with the Buccaneers, Bucks, Braves and Lightning all being crowned champions over the course of 2021. Beyond wins and losses, there were also a number of stories and athletes who inspired us in one way or another.

From the Summer Olympics to the golf course and the diamond, there were shows of sportsmanship and inspiration that gave us plenty to feel good about in what was at times a difficult year due to the pandemic. Here are some of the most inspirational stories from the last year as 2021 comes to a close.

In one of the best moments of the year, Qatar’s Mutaz Essa Barshim and Italy’s Gianmarco Tamberi showed incredible amount of sportsmanship and class on the world’s biggest stage. The high jumpers at the Tokyo Summer Olympics both had jumps of 2.37 meters, putting them in a tie for the gold medal.

They each attempted a jump of 2.39 meters, but neither was able to clear it. They could have chosen to do a jump-off for the gold medal, but the friends had a better idea. Barshim asked if they could share the gold medal and end the event in a tie, which was granted. They celebrated together, each receiving a gold medal and going home as champions.

"I still can’t believe it happened," Tamberi said via The Associated Press. "Sharing with a friend is even more beautiful ... It was just magical."

It was the ultimate display of sportsmanship and gave both countries a gold medal to celebrate.

The College Football Playoff has been reserved for the most prominent schools in the country since its inception in 2014. The Alabamas, the Oklahomas, the Clemsons and the Ohio States of the world. But this year, the Cincinnati Bearcats cracked the code.

They’re the first team from a non-Power 5 conference (SEC, Big Ten, Big 12, ACC, Pac 12) to make the playoff. The Bearcats ran the table, going a perfect 13-0 this season and finishing the year as the fourth-ranked team in the country. Head coach Luke Fickell has had a ton of success at Cincinnati during his five years there, turning around the program with three seasons of 10-plus wins and a near-perfect 9-1 season in 2020, but this year has been different.

Only two of their 13 wins were by fewer than 10 points, blowing out most of their opponents. They even crushed the ninth-ranked Notre Dame Fighting Irish 24-13 in South Bend back in October.

Even if Cincinnati loses to Alabama in the Cotton Bowl and doesn’t reach the national title game, this was a historic season for the Bearcats.

Mickelson has been one of the greatest golfers of this generation, but that’s sometimes forgotten because he played in an era with Tiger Woods. But at the PGA Championship in Kiawah this past May, Mickelson accomplished something no pro has ever done.

He won a major at the age of 50, defying the odds to capture his sixth career major championship – and his first since 2013. Mickelson was being written off by just about everyone, with many saying he didn’t have the length or the ball striking to compete with some of the longest hitters and best players at the Ocean Course, a notoriously tough course.

And despite being 300-1 at one point to win the PGA Championship, Mickelson edged out Brooks Koepka and Louis Oosthuizen for the two-shot victory.

It was an inspirational win for anyone who’s been counted out before because of their age or lack of recent success.

I’ve failed many times in my life and career and because of this I’ve learned a lot. Instead of feeling defeated countless times, I’ve used it as fuel to drive me to work harder. So today, join me in accepting our failures. Let’s use them to motivate us to work even harder.

Tiger Woods was hospitalized back in February after he was involved in a single-car crash in California. His car rolled over several times after crashing into a tree, and the “jaws of life” were need to remove him from the vehicle. He sustained serious injuries to his leg, raising questions about whether he would ever play golf again.

Fast-forward 10 months and Woods has not only returned the course, but he played in the spotlight with none other than his son Charlie. Tiger and Charlie teamed up at the PNC Championship in December, a tournament reserved for 20 major champions and the family member of their choice.

This was Woods’ first time teeing it up in an official event, doing so alongside his 12-year-old son for the second straight year. Woods showed a noticeable limp when navigating the Ritz-Carlton Golf Club in Orlando, but he still looked like a 14-time major champion.

He and Charlie shot 25-under in the two-day scramble event, finishing alone in second place behind John Daly and his son. Not only was it amazing to see Woods back on a course 10 months after nearly losing his leg, but watching him compete with his son and look happy again was awesome.

This year has been filled with brave athletes openly discussing the importance of mental health and the impact it can have on everyday life. It’s an important conversation to have, especially with the toll the pandemic has taken on everyone, including the most well-known athletes.

Falcons wide receiver Calvin Ridley stepped away from football in October to focus on his “mental wellbeing,” and he has yet to return to the field as he takes care of himself before making football a priority again.

Eagles offensive tackle Lane Johnson missed three games due to anxiety and depression, opening up about his struggles off the field. “I was living in hell for a long time,” he said. Johnson has since returned to the team and played at a high level as the Eagles pursue a playoff berth.

Olympic gold medalist Simone Biles really brought the mental health conversation to the forefront when she pulled out of four events at the Tokyo Olympics, cheering on his American teammates at the summer games. She opened up about he struggles with the mental aspect of the sport, suffering from “the twisties,” as she put it.

Tennis star Naomi Osaka withdrew from the French Open and Wimbledon – the two biggest tournaments in the sport – because of her mental health, revealing that she suffered from depression since 2018.

Athletes often miss time due to injuries, but seeing well-known stars open up about their struggles with mental health and depression should be a start to an important conversation for everyone, not just professional athletes.

Two-way players are rare in baseball. Two-way superstars are almost unheard of, but Ohtani established himself as just that this season. A year after hitting .190 with seven home runs in 44 games during the 2020 campaign, Ohtani erupted as arguably the best player in baseball in 2021.

He hit 46 home runs, drove in 100 RBI, led the AL with eight triples and was intentionally walked a league-high 20 times – a show of the respect pitchers had for him. And as if those numbers weren’t MVP-worthy enough, he doubled as an ace on the Angels’ staff.

Ohtani went 9-2 as a starter in 23 appearances, keeping his ERA to a 3.18 with 156 strikeouts in 130 innings. He started the All-Star game on the mound and also made it for his contributions as an outfielder, proving to be a one-of-a-kind player for Los Angeles.

Ohtani was named AL MVP, becoming the 19th unanimous MVP in MLB history, and just the fifth since 2000 to earn every first-place vote. For a player who was counted out after a difficult 2020 season, Ohtani proved even the best have down years sometimes. 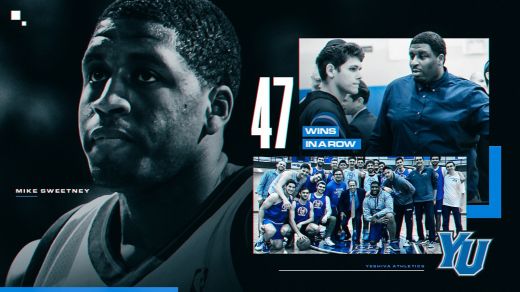 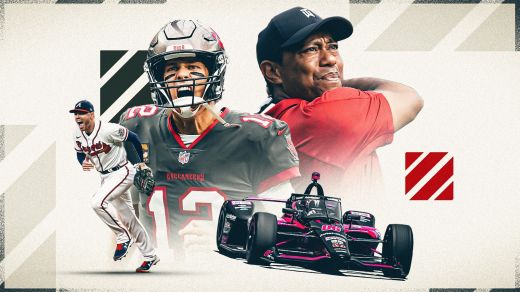 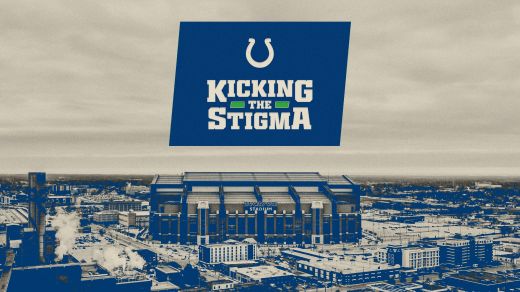 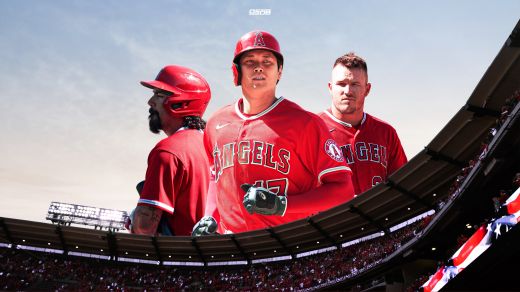 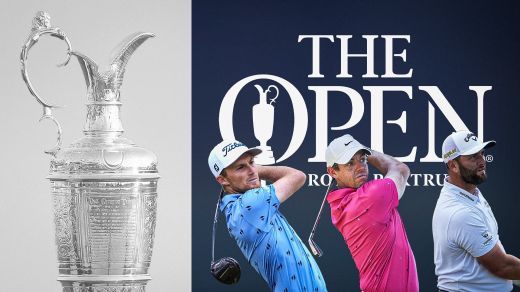