Page: Inspiring stories to remember as 2021 comes to a close

By Holly Cain | Posted 20 days ago 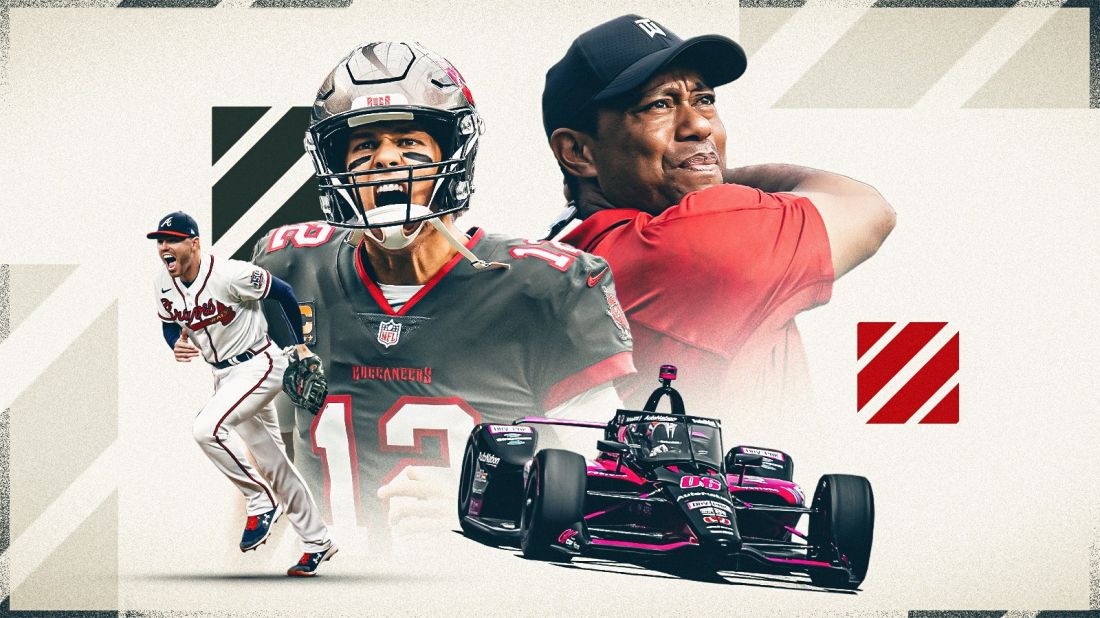 Despite the pressing events going on in the world in 2021 – from the continued COVID-19 reality to recovering from a polarizing and tumultuous election season - the sports world once again proved why it can be an escape.

Inspiration was an ever-present theme and 2021 didn’t not disappoint in that regard. From underdog triumphs to unexpected success to good old-fashioned feeling of can-do against the odds, here are my Top-5 Sports Stories that remind us all how spirit and motivation can prevail.

1. The Atlanta Braves were widely considered the extra-seat at the Major League Baseball Playoffs. The team’s 88-73 regular-season record was the worst among all 10 Playoff teams and its best player, outfielder Ronald Acuna Jr. was injured in July and missed the rest of the season with a complete ACL tear in his right knee.

But those setbacks are exactly why the Atlanta Braves World Series victory is so compelling. Like so many high-achieving teams, the Braves used the disregard and setback to overcome and over-achieve.

With high emotions and nothing-to-lose attitudes in their favor, the Braves beat the Astros 4-2 in six World Series games – putting an exclamation point on the underdog win with a 7-0 shutout victory in the deciding Game 6 in Houston.

2. In so many ways, the Kentucky Derby winner Medina Spirit proved the joy of winning against the odds – besting the field in the most famous horse race despite 12-1 odds. His jockey John Velazquez put Mediina Spirit out front early – leading at the quarter-mile and half-mile marks – before holding off Mandaloun by a half-length to earn the great victory. Neither horse had been given “favorite” status yet they proved what raw talent and opportunity could do.

Medina Spirit, who sold initially for only $1,000 in 2019 essentially lived a life of over-achievement – but once taken in by famed trainer Bob Baffert raised to the elite level expected of the legendary trainer. The horse finished second in the Breeder’s Cup and third in The Preakness Stakes this year in addition to the Derby win.

However, Medina Spirit tested positive for a steroid following the Kentucky Derby and Baffert was penalized with a two-year ban from Churchill Downs-owned tracks. He is still fighting those claims and insists the steroid found in Medina Spirit was being used to treat skin issues, not as a performance-enhancing drug.

Most sadly of all, Medina Spirit, died of a heart attack on Dec. 6 while training at Santa Anita.

3. Helio Castroneves has long been considered one of auto racing’s greats – on-track and off-track. He won three Indianapolis 500 races in a nine-year span between 2001-09 - nearly becoming the first driver in history to win three consecutive Indy 500s, taking the wins in 2001, 2002 and finishing runner-up in 2003. And he used that great personality and celebrity – plus some respectable dancing chops - to earn the Mirror Ball Trophy - claiming top honors in the hit television show “Dancing With the Stars.”

Even after a long and heralded career with the great Penske Racing team - both in IndyCars and sportscars - the Brazilian did not have a seat in the Indy 500 with Penske in 2021 and did not compete fulltime in the IndyCar Series. Instead, at Indy, he drove a “second car” for Meyer Shank Racing – a smaller operation – and stunned the field with a decisive half-second win over the larger, fulltime teams.

As he had with his first three Indy 500 victories, the 46-year-old Castroneves celebrated by unstrapping from his race car and climbing the

grandstand fencing to raise his fist and enjoy the celebration in front of an adoring 250,000 fans at the famed Indianapolis Motor Speedway.

Castroneves is one of only four drivers in history – also A.J. Foyt, Al Unser and Rick Mears – to have won the storied race four times. Castroneves will have a chance to become the first five-time Indy winner this May and will be racing fulltime in the IndyCar Series for Meyer-Shank Racing.

4. Tiger Woods is one of the rare athletes to transcend his sport - to transcend all sports. The once-in-a-lifetime golfing talent has transfixed the sporting world from a young age and dazzled throughout a career that includes 15 major wins and five Masters Championships.

But his amazing “comeback” this year will remain – at the least – a sentimental triumph to remember. Woods was involved in a horrible single-car crash in Los Angeles in February. Authorities say Woods – the only passenger in the car - flipped the SUV several times, hit a median and a tree, before coming to rest down a wooded embankment. It took a lot of work for safety crews to extricate him and Woods suffered particularly severe injuries to his right leg and foot. In November, Woods even revealed that at one point, there had been a chance a portion of his leg would need to be amputated.

But after a three-week hospital stay and months-long rehabilitation effort through the year, Woods returned to play golf again. Keeping expectations in check, Woods most public triumph was a return to competition the first week of December playing in the PNC Championship’s Father-Son Exhibition in Orlando with his 12-year old son, Charlie.

Woods called it an “awesome day” on the course in their first round and the pair finished second to John Daly and his son John Daly II … concluding the two-day tournament in true Tiger fashion – setting a tournament record with 11 straight birdies in the final round.

5. Perhaps the most unexpected story of immense gratification came from the National Football League’s most celebrated quarterback, Tom Brady. The veteran left the New England Patriots – where he had won six Super Bowl trophies in nine Super Bowl appearances – for the Tampa Bay Buccaneers in 2020.

In the previous 10 years, the Bucs had had only two winning seasons, had won more than five games only three times and gone through five head coaching changes.

Brady’s appearance in Tampa was a huge boost for the area, which after being a decades-long sporting “after-thought,” was finally gaining respect with the Tampa Bay Rays and the Tampa Bay Lightning winning titles in baseball and hockey. Brady’s presence – along with head coach Bruce Arians - had an immediate effect – improving the team and raising the expectations.

The Bucs went 11-5 with the 43-year-old Brady leading the way. Tampa Bay beat Washington in the Wild Card playoff then New Orleans in the Divisional Playoff and the mighty Green Bay Packers in the NFC Championship to earn a position in the Super Bowl – which just happened to be held in Tampa – marking the first time a team has played in a Super Bowl in its home stadium.

Brady led the Bucs to a 31-9 victory over the Kansas City Chiefs in the February Super Bowl and earned Most Valuable Player (MVP) Honors for a record fifth time.

It was Brady’s seventh Super Bowl trophy and a performance the whole country could appreciate. The 199th pick in the 2000 NFL draft, Brady again showed what great willpower coupled with vast talent can produce. 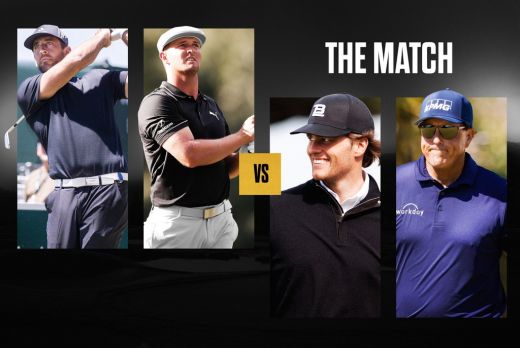 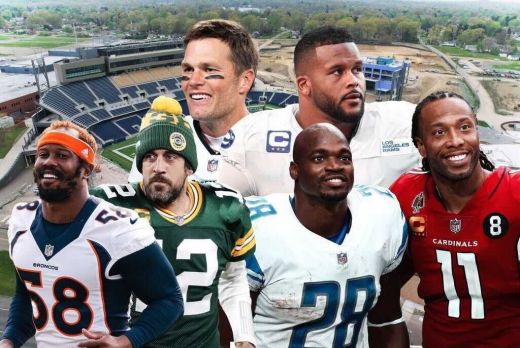 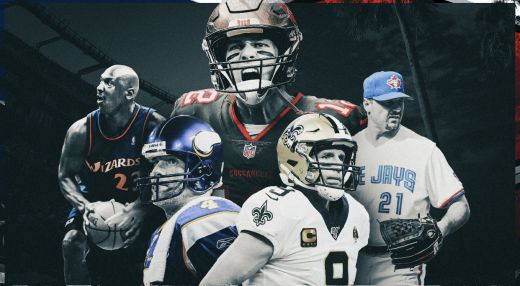 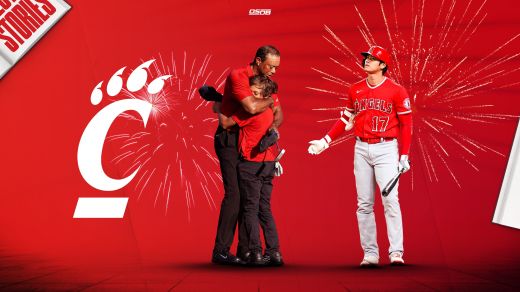