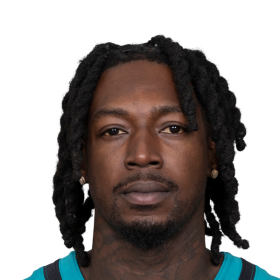 The Unstoppable Foundation is a non-profit humanitarian organization bringing sustainable education to children and communities in developing countries, thereby creating a safer and more just world for everyone.

At Covenant House Georgia (CHGA), we are much more than a shelter. We provide more than a bed and a meal for youth experiencing homelessness and escaping trafficking; we show unconditional love and give comprehensive support so that our youth can and will realize their fullest potential.

During high school, Ridley ranked ninth in the Rivals100, and the No. 4 prospect in the state of Florida and 24...

During his freshman season in 2013, Ridley was selected to the Sporting News and SEC All-Freshman teams, and the All-SEC Second Team by the Associated Press. He set the UA single-season freshman receiving a record for yards with 1,045, eclipsing the previous mark of 1,000 held by Amari Cooper (2012) and made an immediate impact on the Crimson Tide offense, reeling in a team-leading 89 catches for a team-high 1,045 yards in 15 games (11 starts). Seventeen of his catches went for 15-plus yards, including five of his seven scores. Five of his seven touchdowns came on plays of 30 yards or more. Ridley had a team-leading 44 receptions for a first down or score and recorded five or more catches in nine of his 11 starts and 11 games overall. He was named SEC Freshman of the Week for his performance at Georgia and earned offensive player of the week honors from the UA coaching staff for his efforts against ULM, Georgia, Arkansas, Tennessee, and Michigan State.

In 2016 during his sophomore season, Ridley had 72 catches for 769 yards and seven touchdowns. He set UA freshman records with 89 receptions for 1,045 yards and was named a second-team All-SEC honoree by the conference coaches. Ridley notched five or more catches in 20 of his 30 career games played and has a catch in every game of his career. Thirty-nine of his receptions went for a first down or a touchdown in 2016. He had 21 explosive receptions of 15 yards or more to lead the Tide and also rushed five times for 21 yards and a touchdown in his sophomore campaign. Ridley was selected as one of the UA coaching staff’s offensive players of the week for his performances against Western Kentucky and Kentucky.

During his junior season in 2017, Ridley finished second in UA history for receptions with 224 and receiving touchdowns (19) while ranking third in receiving yards with 2,781. He totaled eight career 100-yard receiving games to tie for third in the Alabama record books. Ridley caught at least one pass in all 44 games of his Alabama career to rank third among active receivers in the FBS during 2017 and was named First Team All-SEC by the coaches. He led the Tide with 63 catches for 967 yards to average 15.3 yards per catch with five touchdown receptions. Ridley collected a team-high 15 explosive receptions of 20-plus yards and led all wideouts with 41 catches that went for a first down or a touchdown.

On January 10, 2018, it was announced that Ridley would attend the 2018 NFL Draft. The Atlanta Falcons drafted Ridley in the first round of the 2018 NFL Draft. On July 5, 2018, Ridley signed a four-year deal. On September 23, in Week 3, Ridley recorded seven receptions for 146 yards and three touchdowns in a 43-37 overtime loss to the New Orleans Saints. Ridley was named the Offensive Rookie of the Month on September for collecting six touchdown receptions. 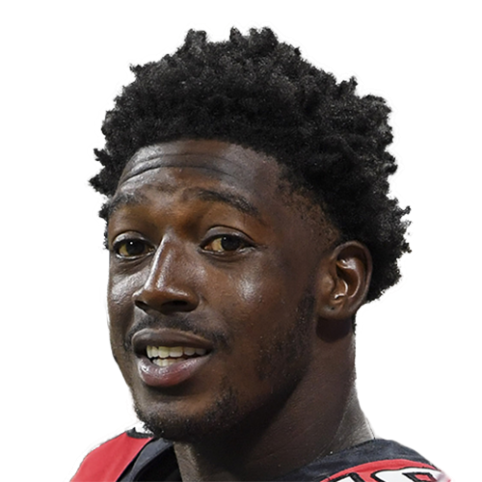 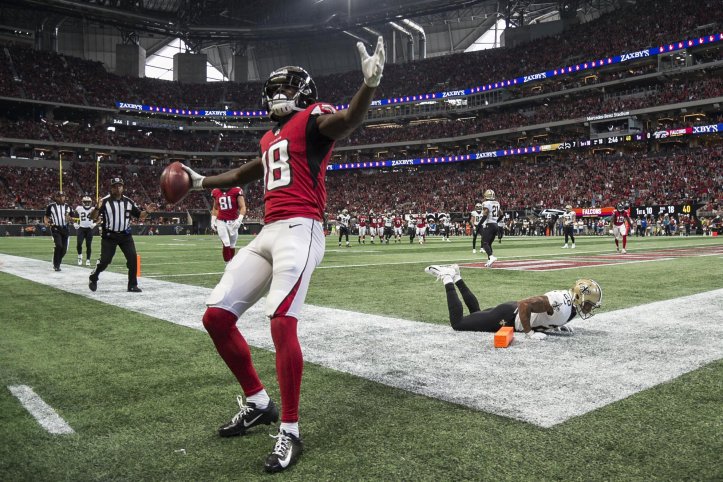 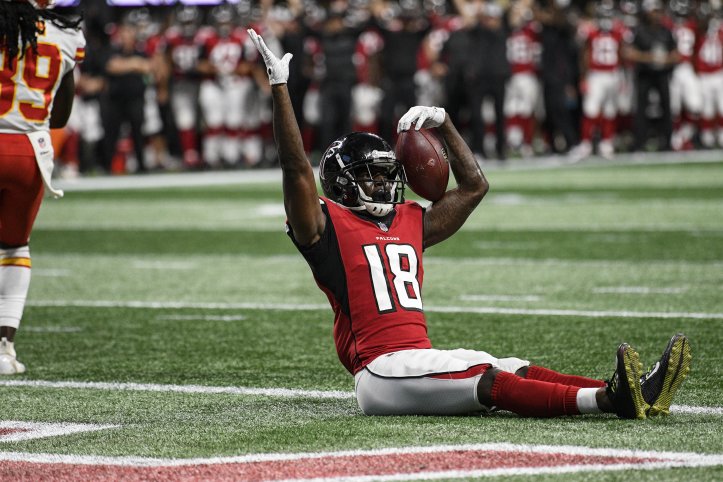 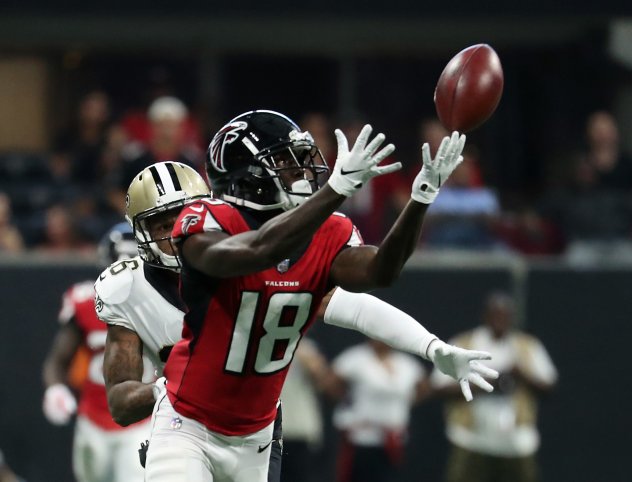 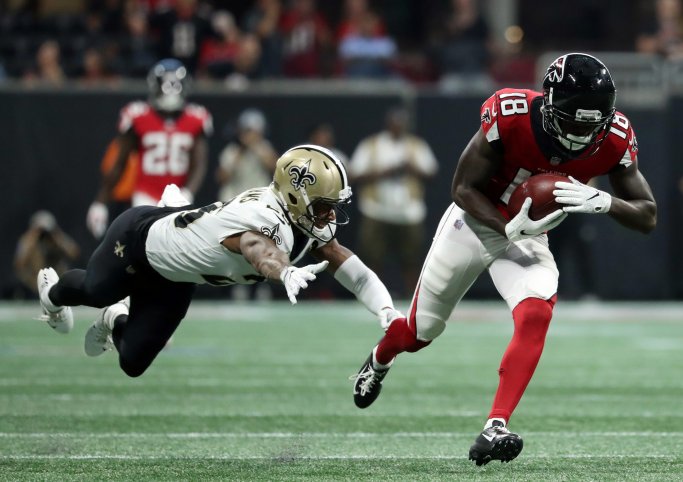 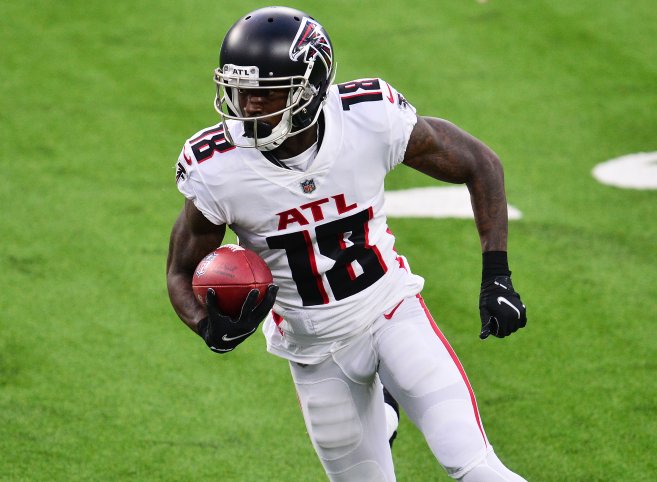 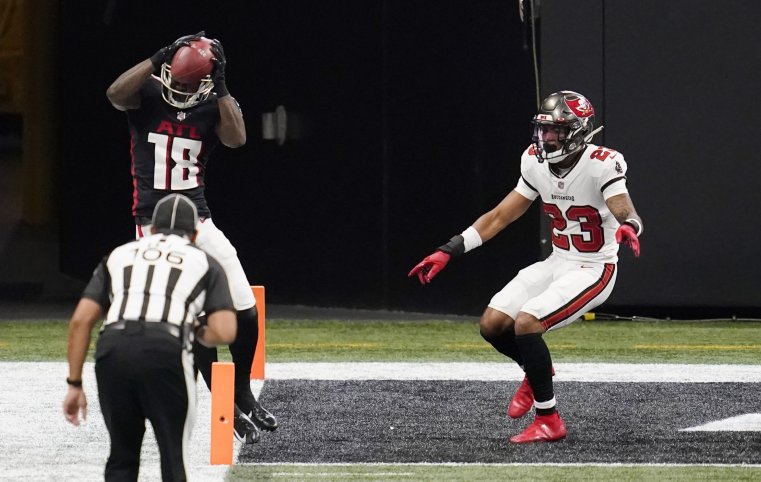 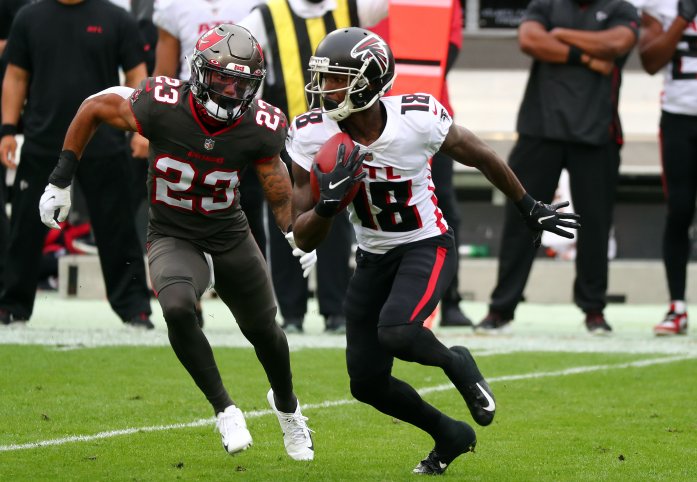