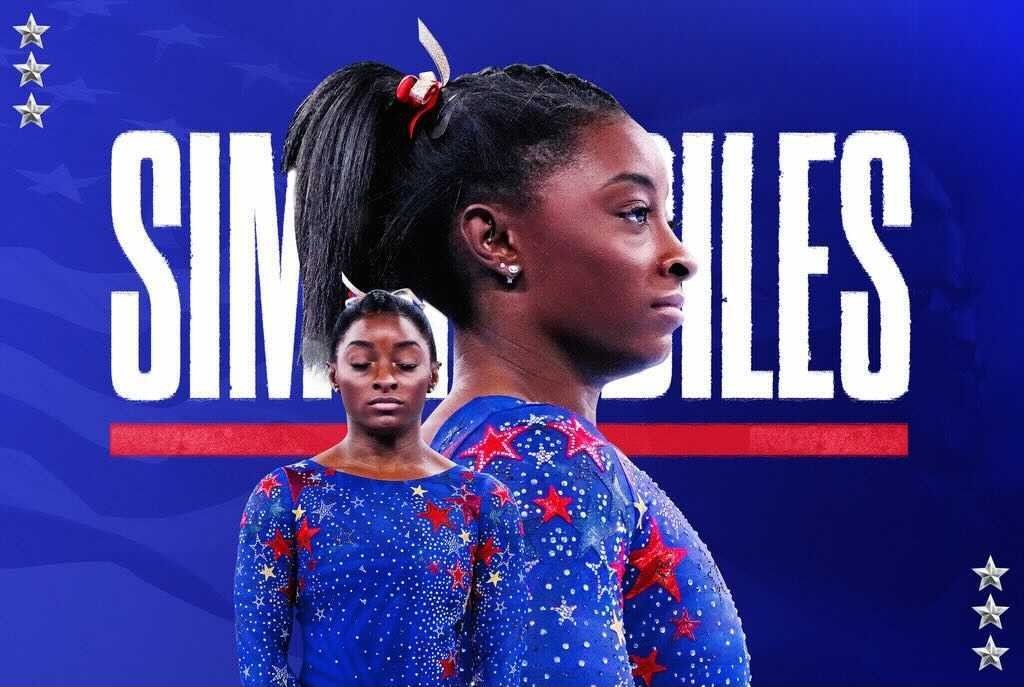 The 2020 Olympics finally arrived with much anticipation after waiting an extra year as we continue to battle and cope with a global pandemic. For the United States, the majority of the focus fell to one athlete, Simone Biles.

We have waited for her to return to the grand stage and wow us – as in the U.S. and rest of the world --- with gymnastics feats that have no comparison. After all, she is the greatest of all time and attempts routines that other elite gymnasts can only dream of.

We waited for her to help the U.S. women’s team capture gold and then for her triumph as the gold medalist in the all-around. We waited to call her our hero. In the end, she is the greatest hero that we can imagine. It just wasn’t for all of her gymnastics excellence.

For the past handful of years, athletes of all levels have come out publicly to discuss mental health struggles.

Kevin Love has spoken of anxiety as an NBA player. Naomi Osaka pulled out of the French Open, citing pressure and mental/ emotional exhaustion, stating “It’s O.K. Not Be O.K.”

Michael Phelps, our most decorated Olympian, has discussed his struggles and now is an advocate for an online therapy service.

As I woke to write this, soccer’s Christian Pulisic has commented about the importance of speaking out and “getting things off you’re your chest.”

For some, the struggles are isolated specifically to performance. They may function well in their regular life but may struggle with overthinking in the athletic arena or overall performance anxiety.

For others, they speak of having a long history of mental health issues such as depression and anxiety that has impacted both their athletic and personal lives. But where does one’s personal life and athletic life separate? Is it all wrapped into one identity? Do mental health issues have to have been there all along or can the pressures of the sport create or exasperate them?

The truth is that it is complicated for most elite athletes it is impossible to separate athletics from their identity. Their ability to compete in the sport is who they are. As they become more successful, they may not realize the amount of pressure they are experiencing and how it is impacting them.

Some have a long history of mental health struggles, while others have just discovered them.

Biles withdrew from Olympic events. At first, it was just the team competition and was then followed by individual events. The news broke while most of the U.S. was asleep. We spent an entire day discussing and speculating how one of our greatest athletes could withdraw. We watched her press conference and heard her reference her mental health.

There was confusion and wonderment.  How could this be? Later that night, NBC broadcast the gymnastics team competition. Even though we already knew what was to come, it was still shocking to watch.

One of the greatest and toughest athletes that we have seen was clearly not right. She looked off as she attempted the vault and the announcers even said she looks lost in the air. We read her lips as she stated she wasn’t confident. It was not a physical injury; it was her mental state.

When she mentioned mental health, the general public said how could this be? After all, this is the same athlete who won the world title in 2018 while she battled through the pain of a kidney stone.

She suffered abuse from her team doctor and has discussed it publicly after being pestered with questions. She is the most recognized gymnast of all time and is constantly being pulled in many directions while continuing to train. Through it all, she successfully competed at a high level.

The question should not be how could she not compete in Tokyo, it should be how did she continue to compete for all of these years with so much internal and external pressure?

So how did she do it? Obviously, she is an incredible athlete and competitor.

Beyond that, she was able to compartmentalize. Compartmentalizing in sports means separating non-sports issues from the competition. Many athletes find that participating in a competition is the most comfortable place to be.

See Brett Favre’s Monday night performance days after his dad passed away. In order to separate the pressures (or even a kidney stone) from her competition, Biles likely used both her preparation and mental strength.

Her hard work and preparation allowed her to know what to expect from her body. That allows her to mentally block out the pain and distraction to stay hyper-focused on the task at hand.

Compartmentalizing is a wonderful tool to be a successful athlete. At the same time, it does not mean that the other pressures have disappeared. It just means that an athlete has been able to temporarily block them.

At some point, the reasons for the pressure and anxiety need to be worked through. Otherwise, they will continue to get grow and likely get stronger than the ability to compartmentalize.

For whatever reason, Biles was not able to compartmentalize this time. Without that and an ability to focus, she could not compete as it is far too dangerous to attempt her routines without maximum focus. By recognizing that she did not have the focus, she made the wise decision to withdraw vs risk serious injury.  And then when confident enough to perform, she returned and won a bronze medal on the balance beam.

Love, Osaka, Phelps, Pulisic and others continue to spread the message that athletes are human and mental health issues impact them as well. Their voices are crucial in helping others understand and paving the way for greater support. Simone Biles is someone who is representing the United States with her grace, honesty, and authentic nature.

In the end, we got what we wanted. Simone Biles went to Tokyo and came back a hero.

Dr. Will Mayer is a clinical sports psychologist and senior lecturer in the psychology department at Sacred Heart University in CT. He can be found at www.willpowertherapy.com.