Page: All Rise: Yankees’ Aaron Judge Bet On Himself and It’s Paying Off 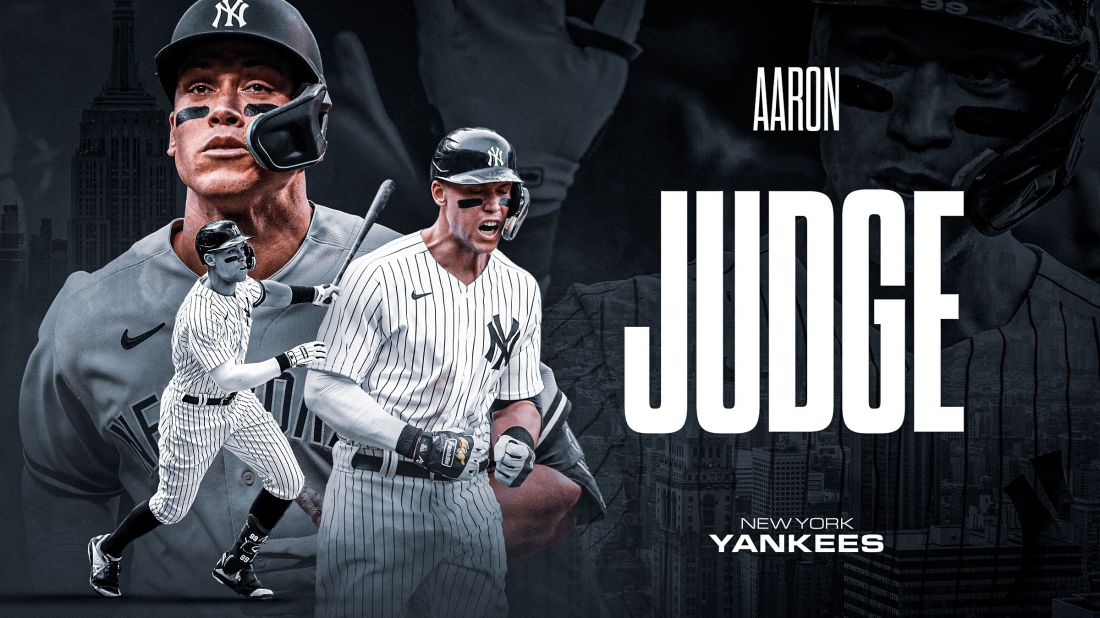 New York Yankees outfielder Aaron Judge is having the best season of his career, and he didn’t have a contract extension in place when it started. Shortly after arriving at spring training, Judge made it clear that his deadline for negotiating a new deal would be Opening Day. Judge wanted to focus 100% on baseball when the regular season officially started, no circus shows or distractions.

The Yankees offered their superstar slugger a seemingly reasonable seven-year extension before Judge’s deadline passed, but he rejected it. The deal was reported to be worth $213.5 million, and would have made Judge the highest-paid position player in franchise history on an annual basis. Judge made a massive bet on his own value and stuck to his guns regarding the Opening Day deadline.

From there, an arbitration hearing was set for June 24, and Aaron went out to make his point on the field. Fortunately for both parties, the Yankees and Judge were able to come to an agreement before the hearing took place. Judge will be paid $19 million for this season, and would earn another $250,000 for each MVP award he wins.

If Judge wins AL MVP and World Series MVP this year, he’ll finish 2022 with $19.5 million before hitting the open market in free agency. Judge is enjoying an MVP-caliber season while chasing Roger Maris’s AL home run record in the process. As of this writing, Judge leads the league in homers with 44.

Big Aaron Judge AKA “BAJ” is on pace to hit 65 dingers. If Judge stays on track, he would break the current AL record of 61, set by former Yankee Maris in 1961. Right behind Maris is the legendary Babe Ruth, who launched 60 bombs in 1927.

The MLB single-season HR record is held by Barry Bonds* (73). Mark McGwire* (70, 65) and Sammy Sosa* (66, 64, 63) combined for five seasons with between 63 and 70 home runs each, technically putting them ahead of Maris. However, this barrage took place during the fever pitch of the steroid era, and the validity is subject to debate.

McGwire admitted to taking steroids during the season that he broke Maris’s HR record. Both Bonds and Sosa have tested positive for steroids. One could argue that Maris, Ruth, and Giancarlo Stanton (59 HRs in 2017) are the true top three in all of MLB in this category. Yankee, Yankee, Yankee (at least now, Stanton was a Miami Marlin in 2017), with another Yankee hot on their trail. They’re not called the Bronx Bombers for nothing.

The Yankees are projecting to make a deep postseason run, and Judge is the beating heart of that vision. New York (71-39) has the best record in the AL, and only the Los Angeles Dodgers (75-33) have a better record overall. Judge has his eyes on the prize.

Only when the 2022 MLB season is over will Judge return to the negotiating table to work out the details concerning his bright future. After the MVPs have been announced, and the World Series champion has been crowned, Aaron will make his choice and cash in his chips. Judge has positioned himself at the very top of the free agent market.

“I don't mind going into free agency.”, Judge said...At the end of this year, I'll talk to 30 teams. The Yankees will be one of those teams."