Page: Who is the MLB’s GOAT

Who is the MLB’s GOAT 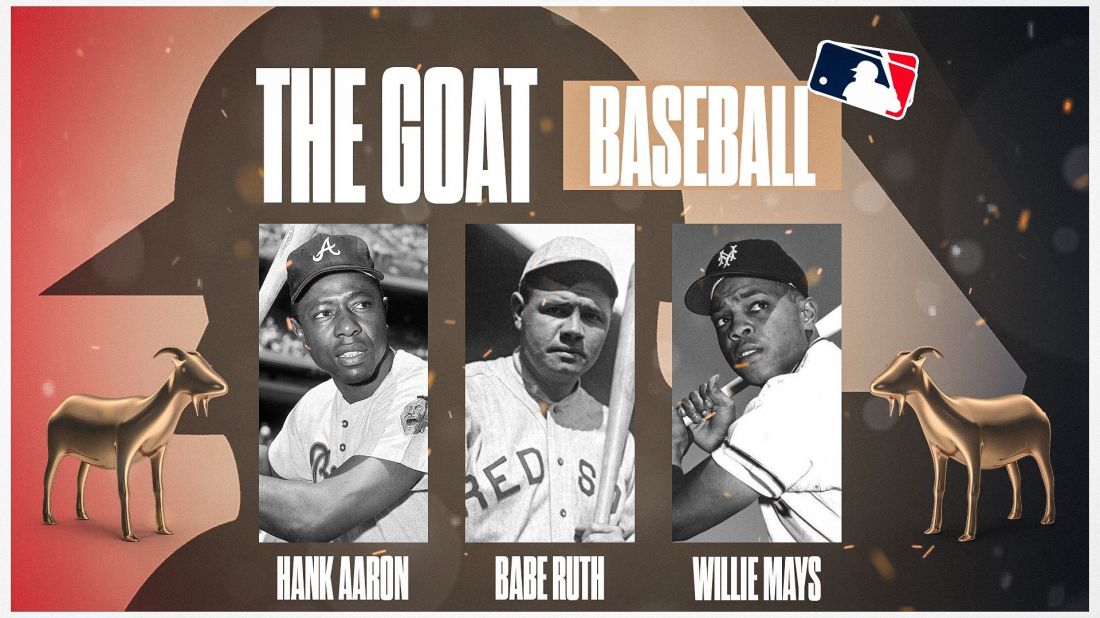 Major League Baseball is the oldest professional sports league in the world, getting its official start in 1876. America’s pastime has survived the test of time and won the hearts of many fans throughout the years.

Being around for more than 100 years has allowed baseball to produce countless great players. Also, longevity allows the game to change and develop. The beginning years of the MLB has been deemed the “dead ball” era because home runs were rare. The MLB survived the Great Depression and WWII and changed dramatically after that when Jackie Robinson broke the color barrier.

Todays at-bats are much different than they were not so long ago when I was growing up. Players are swinging for the fences with nearly every swing, resulting in more home runs and more strikeouts and lower batting averages. Even with all the minor changes to how the game of baseball is played, the actual gameplay has not changed much at all throughout its history.

Any sports fan will probably be able to guess who is No. 1 on my list of greatest baseball players of all time. The average American has heard about the man at the top of the list so much that he seems more like a fictional hero from a book, than he does a real-life person from the past.

Never forget when Barry Bonds was intentionally walked in the bottom of the 9th with the bases loaded 👀😳 pic.twitter.com/MXejKviQwQ

Having a father that was in the big leagues helped Ken Griffey Jr. become one of the most hyped prospects the MLB had seen. The hype came from “The Kid” being a special athlete and having one of the most beautiful swings that scouts have ever seen. Many baseball experts would say Griffey is too high on this list, but as a kid who grew up idolizing the Mariners center fielder, I beg to differ. The Kid made watching baseball fun because his love of the game was infectious. Griffey Jr. could do it all at the plate, in the field, or on the bases which led to him to 13x All-Star selection and 7x Silver Slugger Award winner. Sadly, Griffey's career was plagued with injuries because of his all-out playing style. Nevertheless, he was one of the most polarizing talents the game has ever seen.

It’s been awhile since we dedicated a Saturday to Ken Griffey Jr, so here we go. Enjoy y’all pic.twitter.com/aIkmduf8L9

Ted Williams is considered to be the best pure hitter in MLB history and was selected as an All-Star in all 19 seasons of his career. His career on-base percentage of (.482) ranks No. 1 on the all-time list. Also, he is the last player to bat above .400 in a single season. Williams earned Triple Crowns and MVPs twice in his career. Furthermore, he is a six-time batting champion, four-time home run leader, and a RBI leader. His career stats would be higher if not for three years in the military during his prime. His plate approach was so special that Williams’ book “The Science of Hitting” is still recommended reading for MLB players today.

Ty Cobb was an absolute hitting machine in the earliest years of the big leagues. Cobb still owns the record for career batting average (.366), and his 12 batting titles rank first as well. His 4,189 hits and 2,245 runs scored both rank second all-time. Additionally, he posted a .400 batting average in consecutive seasons (1911-’12) and won an MVP and a Triple Crown each once. Nicknamed “The Georgia Peach” though many remember Cobb for being a tough guy, especially on the base paths.

A 14-time All-Star and seven-time NL MVP, Barry Bonds was the best player during an era that had a lot of power and talent. He will be most remembered for his absurd home run numbers when he was using PEDs. His 72 HRs in 2001 are the most in a single season. Even before he got mixed up in the steroid era he was one of the most complete players to come into the league in a long time. He is the only member of the 500-homer, 500-steal club and was intentionally walked a record 688 times – more than second and third place combined. If Bonds wasn’t forced out of the league because of the PED issues he would have reached 3,000 hits and 800 home runs easily.

Never forget when Barry Bonds was intentionally walked in the bottom of the 9th with the bases loaded 👀😳 pic.twitter.com/MXejKviQwQ

Henry Aaron was the home run king before Bonds came along and is still ranked second with 755 career HRs. Aaron’s power was unmatched and it was national news when he surpassed Babe Ruth’s career HR total. He was not just a power hitter, Aaron was one of the best players at the plate and he finished with a (.305) career batting average. Also, Aaron is the all-time leader in RBIs (2,297), total bases (6,856), and extra-base hits (1,477). His dominance inevitably led him to 25 All-Star games, which is still a record today. Furthermore, he is a three-time Gold Glove, two-time NL batting champion, and four-time NL home run leader.

Willie Mays was an incredible all-around player who was exciting to watch because he left it all on the field. He was an outstanding fielder which is why he has a record 12 Gold Glove Awards and is most remembered for “The Catch.” He is unquestionably the best center fielder, and if defense was more valued, the greatest player in MLB history. He was an All-Star for 24 consecutive games from 1954 to 1973 which is tied for second most behind Hank Aaron. Mays was also a great hitter and base-runner – he led the NL in home runs 4 times, and in stolen bases for four straight years.

It should come as no surprise that “The Sultan of Swat” comes in at No. 1. Nobody changed a sport like Babe Ruth did when he joined the Yankees and transformed baseball into a game of power. He is the greatest slugger of all time, proven by his record (.690) career slugging percentage. Also, Ruth ranks 3rd in career home runs with 714 and second in RBIs with 2,214.

“The Great Bambino” also put up Hall-of-Fame numbers as a pitcher and is ranked 17th among starters with a career ERA of 2.28. Ruth won all four of his World Series starts on his way to winning seven rings with the Yankees and the Red Sox. The Red Sox eventually sold Ruth to the Yankees for $100,000 on Dec. 26, 1919. That day is remembered by many sports fans as the “Curse of the Bambino” and is believed to be the reason for the Red Sox’ 86-year championship drought. Few players have a lasting impact on a league, even fewer turn into folk heroes (or villains) like Ruth did.