Page: 20 years ago this week, the New England Patriots lost for the final time in the 2001 season

20 years ago this week, the New England Patriots lost for the final time in the 2001 season 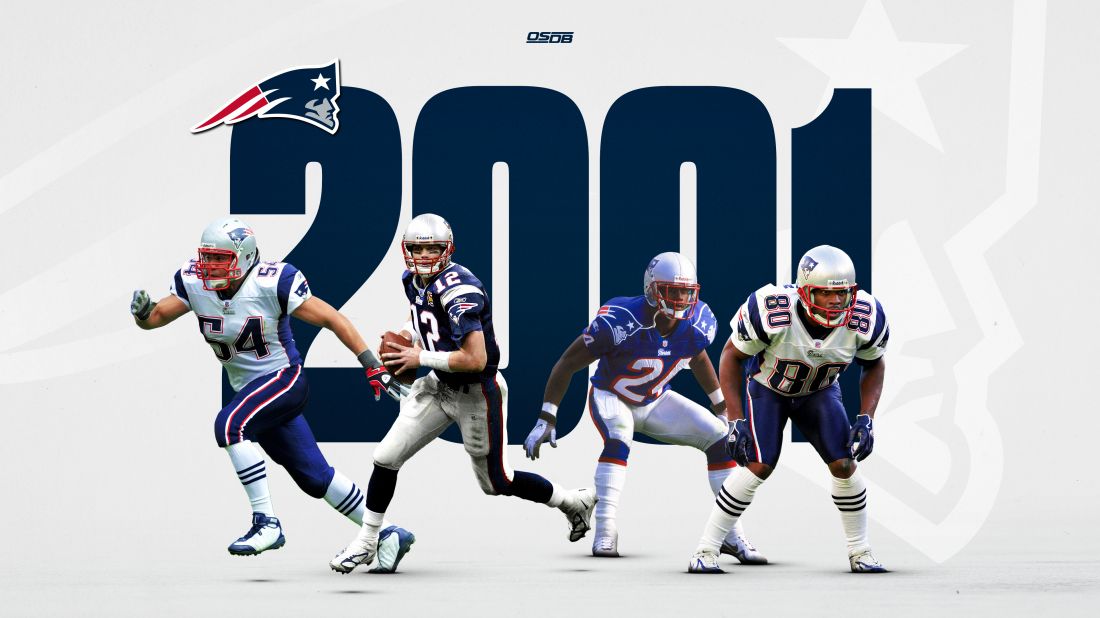 No one expected the New England Patriots to win the Super Bowl in 2001. Before the season began, they were 60-1 to win it all, with their projected win total being set at 6.5 by sportsbooks.

They were coming off a 5-11 season, Bill Belichick was in his second season with the team and the roster as a whole didn’t resemble a championship-caliber group.

To make matters worse, two weeks into the season, Drew Bledsoe suffered a serious chest injury that landed him in the hospital.

That’s when Tom Brady stepped into the spotlight and took over as the starter, remaining in that role the rest of the year. He led the Patriots to a 5-2 record in his first seven starts, helping right the ship after the team lost its first two games of the year.

But then on Nov. 18, they ran into a 7-1 Rams team that won the Super Bowl two years prior and was leading the NFL in scoring thanks to the “Greatest Show on Turf” offense that was led by Kurt Warner, Marshall Faulk, Torry Holt and Isaac Bruce.

That game was 20 years ago on Nov. 18 and it proved to be a turning point in the Patriots’ season.

The Patriots lost 24-17, allowing 17 unanswered points from the end of the first half to the beginning of the fourth quarter after taking a 10-7 lead. It was impressive that the Patriots were able to hang with the Rams, who were blowing out teams left and right that year, but Belichick and Brady certainly weren’t satisfied with the result.

This loss didn’t crush the Patriots’ Super Bowl chances. It served as a measuring-stick game against the best team in football. It spurred an incredible streak by New England.

That loss to the Rams was the last time the Patriots lost that season, ripping off a nine-game winning streak the rest of the way.

The following week, they crushed the Saints, 34-17. They snuck by the Jets with a 1-point win in Week 12 before beating Belichick’s former team, the Browns, 27-16 in Week 13. Adam Vinatieri hit a game-winning field goal in overtime against the 2-10 Bills the next week, pushing the Patriots to 9-5 with two games remaining.

They finished the year on a high note, beating the 9-4 Dolphins in Week 15 and then steamrolling the Panthers by a score of 38-6 in the finale to clinch the No. 2 seed and a first-round bye. It was clear at that point the Patriots were legitimate contenders in the AFC and Brady wasn’t some interim replacement as a former sixth-round pick.

The Patriots’ first opponent in the playoffs was the Oakland Raiders in what has since become known as the “tuck rule” game.

After trailing 13-3 in the fourth quarter, Brady led a valiant comeback effort in the snow at Foxboro Stadium with two drives that ended in a touchdown and a field goal.

Vinatieri’s game-tying kick in regulation happened after officials overturned Brady’s apparent fumble, ruling that his arm was moving forward and thus calling it an incomplete pass.

In overtime, Vinatieri made another field goal to win it, 16-13, advancing the Patriots to the AFC Championship and extending their winning streak to seven games.

In the conference title game, the Patriots ran into the Steelers, who went 13-3 in the regular season to claim the top seed in the AFC. The Patriots had taken a 7-3 lead in the first half but with about two minutes to play before halftime, Brady suffered an ankle injury. It opened the door for Bledsoe, who Brady replaced in Week 2, to take over under center again.

It was far from an ideal situation for New England. But Bledsoe was more than capable of leading this offense, having signed a 10-year contract in March before the season began.

He didn’t light it up in Pittsburgh, throwing for 102 yards on 21 attempts. But the Patriots didn’t need him to be special. They got plenty of help from their special teams unit.

Troy Brown returned a punt 55 yards for a touchdown in the first quarter, they blocked a field goal attempt and returned it for six points in the third quarter and Vinatieri’s 44-yard field goal in the fourth quarter put the Patriots up 24-17, which held as the final score.

The defense came up with two fourth-quarter interceptions on the Steelers’ final two drives, helping make up for the lack of yards and points put up by New England’s offense.

This win sent the Patriots to the Super Bowl where they would meet none other than the St. Louis Rams – the last team to beat New England that season.

It had been 11 weeks since those teams squared off in Foxborough. The Patriots were a perfect 8-0 since that loss to St. Louis.

The Rams were also riding an eight-game winning streak, going 8-1 after beating the Patriots in Week 10. Six of those wins were by double-digits, establishing themselves as the clear-cut favorites to win their second ring in three years.

The Patriots were huge underdogs. Vegas set the spread at Rams -14, one of the largest margins in Super Bowl history. Almost no one was giving the Patriots a chance to beat the team that had already knocked them off earlier that season. But with Brady back on the saddle after recovering from his ankle injury, the Patriots couldn’t be counted out.

Once again, the Patriots offense got plenty of support from the defense and special teams. Ty Law picked off Kurt Warner in the second quarter and returned it 47 yards for a touchdown to give the Patriots a 7-3 lead. Later in the first half, Antwan Harris forced a fumble, which was recovered by the Patriots and set them up with an opportunity to go up two scores.

Brady’s only touchdown pass of the game came on the ensuing drive with 31 seconds left in the first half, a clutch 8-yard throw to David Patten to put the Patriots up 14-3 – an absolute stunner at the half.

The Patriots added to their lead late in the third quarter when Vinatieri made a 37-yard field goal after Otis Smith picked off Warner and gave New England good field position, going up 17-3. But the Rams weren’t done, scoring two touchdowns in the fourth quarter to pull even at 17.

Brady would have the last say, however, driving the Patriots 53 yards to the Rams’ 30-yard line with five completions on the drive, three to J.R. Redmond and one each to Troy Brown and Jermaine Wiggins. The Pats had no timeouts, making the drive all the more impressive for the young gunslinger and New England.

Vinatieri’s 48-yarder as time expired was the difference in the game, giving the Patriots their first Super Bowl in franchise history and pulling off one of the greatest upsets.

It was a historic season by so many measures, one that came full circle with the Patriots topping the last team that beat them earlier in the season. It was a battle between a high-flying offense and a team that simply found ways to win no matter the circumstances despite lacking the star power that St. Louis had.

Twenty years ago, the Patriots lost to the Rams. But that game wasn’t the game that mattered most. They were able to beat the Rams 11 weeks later, beginning what would become a dynasty for the following 20 years.