By Holly Cain | Posted 4 months ago 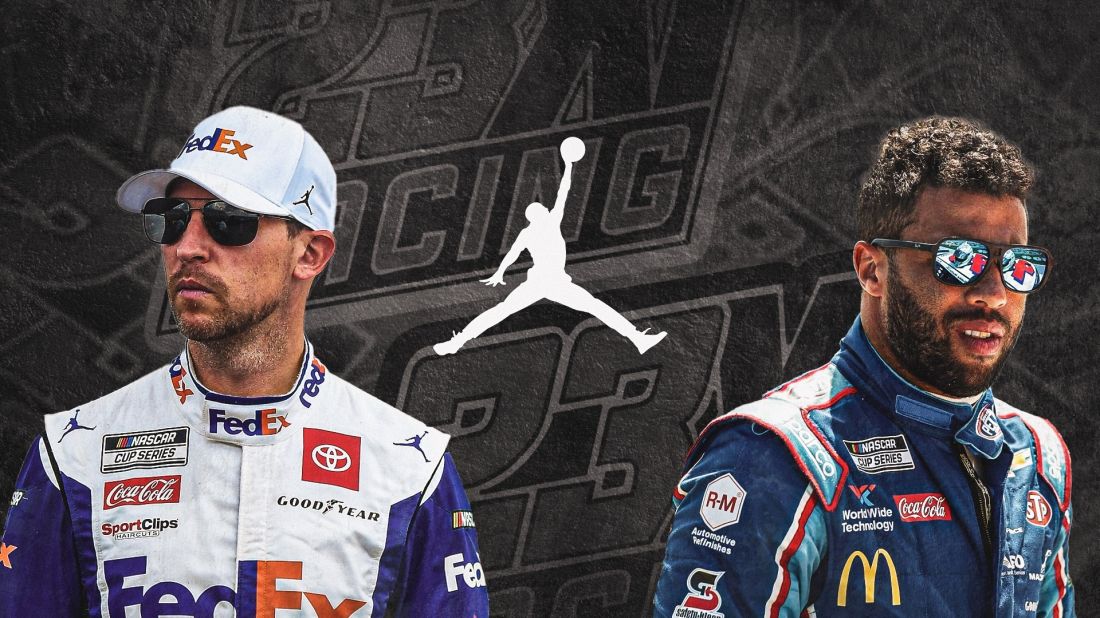 It may surprise some stick-and-ball fans to know that NBA legend Michael Jordan was actually a NASCAR fan long before he played competitive basketball. He and his family regularly made the trek to see races at iconic tracks around the Southeast.

Watching the art of drafting and bending fenders at famous speedways in Darlington, S.C. and Talladega, Ala. was as much a part of his childhood as jump shots and slam dunks.

And now the NBA Hall of Famer has turned that longtime racing passion into a viable and successful business as a winning team owner in the premier NASCAR Cup Series. In only its second year of competition in stock car’s big leagues, the 23XI Racing team – the name a nod to Jordan’s famous No. 23 and co-owner Denny Hamlin’s racing No. 11 – is set to make its first championship run in the Fall Playoffs.

This is more than a business venture for Jordan, who joined forces with the three-time Daytona 500 winner Hamlin to create a team not just championship-caliber but game-changing in other important ways.

“Growing up in North Carolina, my parents would take my brothers, sisters and me to races and I’ve been a NASCAR fan my whole life,’’ Jordan said when announcing the team’s formation in the Fall of 2020.

“The opportunity to own my own racing team in partnership with my friend, Denny Hamlin, and to have Bubba Wallace driving for us, is very exciting for me.

“Historically, NASCAR has struggled with diversity and there have been few Black owners. The timing seemed perfect as NASCAR is evolving and embracing social change more and more.”

And, Jordan emphasized, “In addition to the recent commitment and donations I have made to combat systemic racism, I see this as a chance to educate a new audience and open more opportunities for black people in racing,’’

To that point, the first driver hired by 23XI Racing was Wallace, currently the only Black driver in NASCAR’s major leagues. And last year during the Playoffs, the popular 28-year-old earned the team its maiden victory driving the No. 23 Toyota in its first season of competition – coming appropriately enough, at the fabled Talladega (Ala.) Superspeedway last October – the very place Jordan watched races as a kid and fell in love with the sport.

This season, the 23XI Racing team added a second car, the No. 45 Toyota to its lineup and already its driver, former NASCAR Cup Series champion Kurt Busch, has earned an automatic ticket to the 2022 Playoffs with his victory at Kansas Speedway in May. There are still six more regular season races for Wallace to earn a win and Playoff berth as well.

As you might expect having a team owner that’s won championships and MVP trophies, set records and become a worldwide household name, there are high expectations at 23XI Racing. It’s exactly the reason why Hamlin, a 41-year old perennial NASCAR championship contender and 48-time race winner wanted to join up with Jordan.

There have been other high-profile owners in NASCAR – NFL stars Dan Marino, Terry Bradshaw, Troy Aikman, Brett Favre have owned stakes in teams at various points.  And international music superstar Pitbull is currently a co-owner of Trackhouse Racing. Former NBA center Brad Daugherty has been involved for many years.

The reality of joining competitive forces with Jordan has been everything Hamlin said he expected and more.