Page: Who is the GOAT of Women’s Tennis? 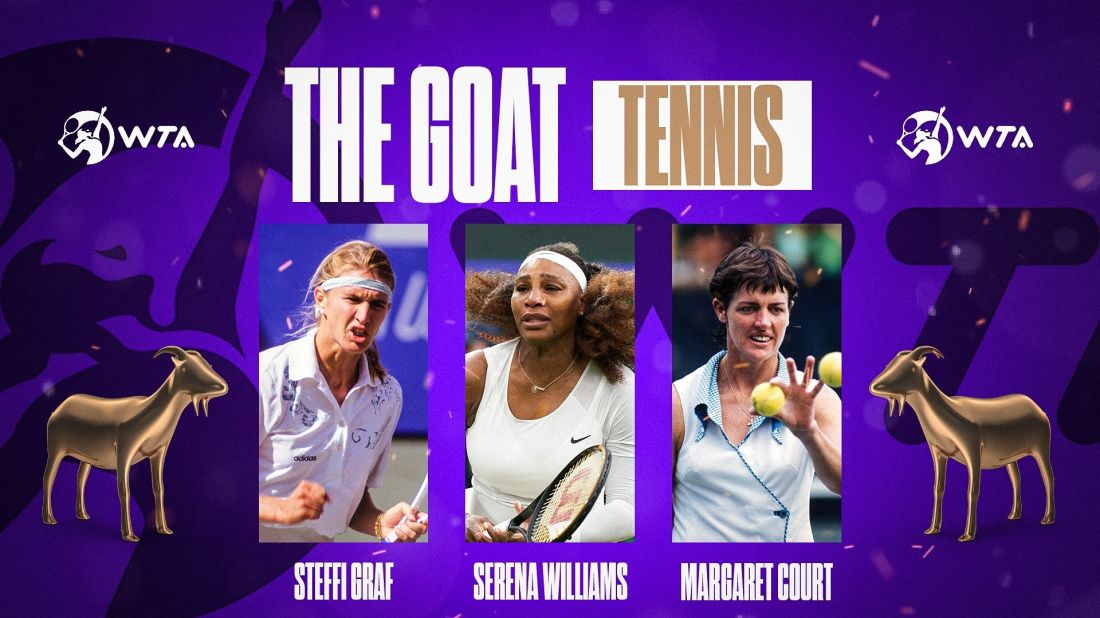 The qualifying rounds of Wimbledon started earlier this week and will continue throughout the week. The tournament is set to start on June 27, and this got us at osdbsports.com talking about the greatest women to ever set foot on a tennis court.

Tennis Has Changed With The Times

It is never easy to rank the greatest in any sport because sports change over time. Tennis is no exception to this rule as it is one of the oldest sports that is still being played in the modern day.

Most historians agree that 11th-century French monks pioneered tennis. Tennis was played by the aristocrats until around The Great Depression. During this time, the scale of public works projects in the U.S. included building tennis courts across the country which ultimately made tennis available to more people. Before the beginning of the Open Era in April 1968, only amateurs were allowed to compete in established tennis tournaments.

If someone were to have taken a time machine from the 1900s to the modern-day, they’d see a sport that follows the same rules, but the play style would be completely foreign. Different court styles benefitted different players and as the game grew the goal was to make the courts more even for all types of players.

Even so, some courts are more evenly balanced than others. The medium-fast hard court surface found at the US Open was said to only allow the best of the best to win the tournament. Courts were not the only thing to change over the past few decades. Tennis balls and rackets both changed and got lighter as new technologies became available.

The GOATs of Women’s Tennis

There is never just one person that is the greatest of all time in a sport. Yes, people usually rank and pick a winner because that is what sports are about, but the seven ladies listed below are all GOATs of women’s tennis. Most of the women on the list played during different eras, but what they all had in common is that they dominated the sport while they played.

Starting with seven I’ll work my way through the most dominating female tennis players of all time ending with the number one GOAT. First, let's look at the ladies who almost made the list

Monica Seles started turning heads in her first professional match as a 14-year-old girl who had unprecedented power for her petite size. Two years later after a growth spurt, Seles became the youngest woman to win the French Open at just 16. In 1991 Seles became the No. 1 ranked women’s tennis player, overtaking Steffi Graf who had been dominating the sport in the ’80s. Seles won 22 titles and made it to 33 finals in 34 tournaments she participated in. Seles won seven out of the eight Grand Slams she played in and compiled a 159-12 record over those two years.

Seles endured one of the most horrific attacks in sports history that derailed her career. In 1993 Seles was stabbed in the back by a deranged fan during the Citizen Cup in Hamburg Germany. Before the attack, many tennis fans believed Seles had the chance to be the greatest women’s tennis player ever. She eventually returned to tennis after the attack and won a Grand Slam in 1996, but it was obvious she was never the same player.

Billie Jean King is perhaps the most influential player of all time - among both men and women. Even if it meant risking her tennis career, the American stood up for the furtherance of female tennis players. King is the founder of the Women's Tennis Association (WTA) – the governing body of women's tennis today.

On the court, King dominated at Wimbledon from the years 1966 to 1975, where she won the tournament six times. King is most remembered for her “battle of the sexes” with an older Bobby Riggs in 1973, an exhibition match she easily won. King is one of 10 female tennis players to have completed the Career Grand Slam, and her 12 singles titles place her sixth all-time.

Chris Evert picked up the nickname “Cinderella in sneakers,” because she may have been the most graceful player to step foot on a tennis court. Evert holds the record for reaching the most Singles Grand Slam finals (34). Her powerful baseline game helped her amass 18 Grand Slam singles titles winning each major at least two times. Evert ended with an utterly impressive 90% win rate in the 1,455 competitive singles matches she played during her 17-year career.

Margaret Court is arguably the best female tennis player of all time if we just look at the number of titles. A pioneer in the game, the Aussie is credited with adding fitness and weight regiment to the female game. Being physically fit helped her become the first woman in the Open Era to win the singles Grand Slam in 1970. Court holds the record for most Grand Slam singles titles (24) by a player, male or female. In addition, Court also won 19 doubles Grand Slam titles and 21 mixed doubles titles, giving her a total of 64 Grand Slam titles -- again, the most by any player in the history of tennis. Some of Court’s career happened before the Open Era which means her records are split up due to the change in the game while she was playing.

Margaret Court helped pave the way for Martina Navratilova to take fitness in women’s tennis to another level. Navratilova is remembered for her extreme physical conditioning and unmatched physicality which helped turn the sport into what it is today. Her level of commitment helped her sustain a 32-year-long career (with a six-year hiatus in between).

Steffi Graf was a model of consistency throughout her 17-year career dominating the sport between the mid-1980s to the late-1990s. During that time, she was ranked No. 1 in the world for a record 377 weeks (the record for male or female). Graf is the only player in history, male or female, to have won the Calendar Slam across three different surfaces. In 1988, Graf became the first player to achieve what is regarded as the calendar year Golden Slam by winning all four majors plus the Olympic Gold Medal in the same year. That feat still has never been repeated and it may never happen again.

Serena Williams is the queen of the Open Era and the only woman on the list that is still active.  Williams’ serve is the most dominant weapon in women’s tennis history. Serena and her sister, Venus Williams, changed women’s tennis forever due to being the most powerful women to ever play the game. Together, they have won 14 Grand Slam Doubles titles. Serena holds the record for most Grand Slam singles titles across both men’s and women’s tennis in the Open Era with 23. Although she hasn't accomplished the calendar-year Grand Slam, Serena Williams has on two different occasions held all four Grand Slams at the same time (known as a Serena Slam).

Serena’s game has withstood the test of time, which is how she edged out Graf for the No. 1 spot. Her Grand Slam titles have come over 18 years, starting in 1999 and her latest victory came at the 2017 Australian Open. Serena was awarded a wild-card entry for singles and is set to compete at Wimbledon next week. She will tie Court for most singles titles ever if she can win her 8th Wimbledon this year. 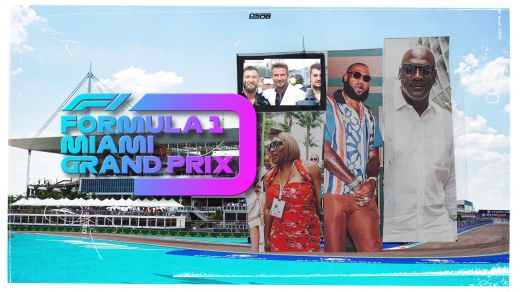 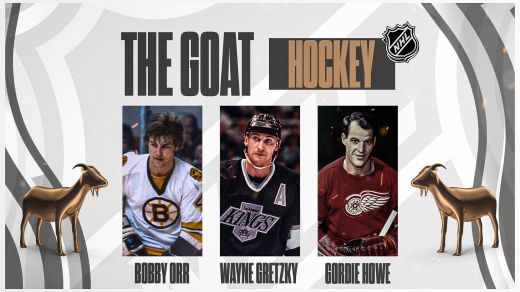 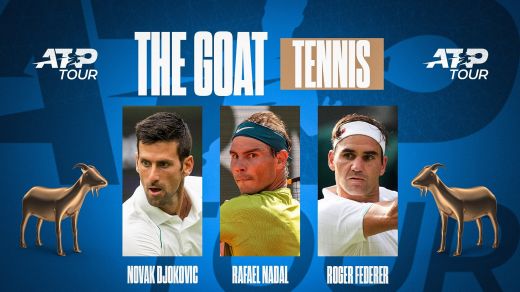 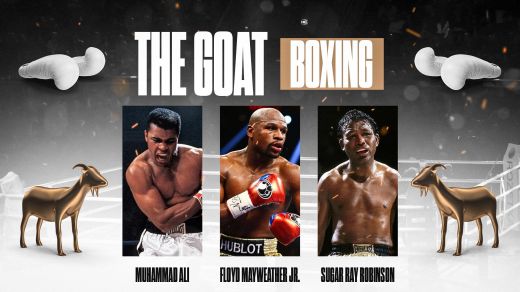 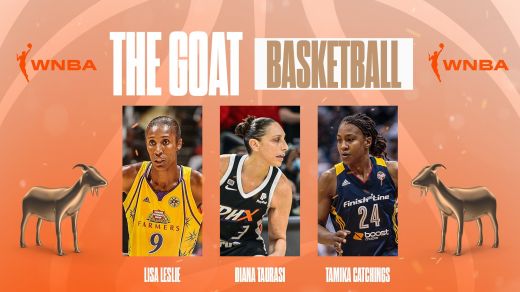 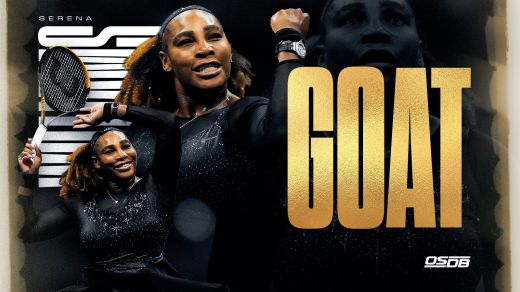