Page: Who is the GOAT of Men’s Golf?

Who is the GOAT of Men’s Golf? 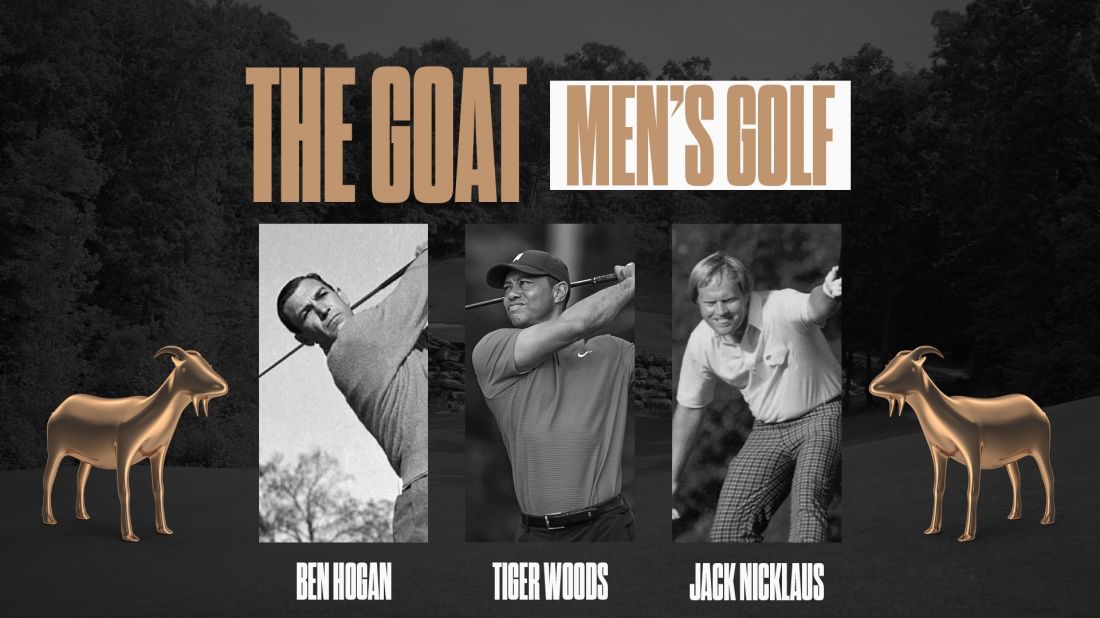 With the PGA Tour in full swing and the British Open about a week away, the team at osdbsports.com started talking about the all-time greats of golf. Golf has been one of the most popular sports of the last century and many of the players on the list below were playing well before I was born. Everyone mentioned below contributed to growing the sport's popularity but the man that sits at number one single handily brought millions of new fans to the sport.

In most sports when people start talking about the greatest of all time there are usually two or three people that are in the conversation. Right now there is no better Greatest-Of-All-Time debate than the ongoing LeBron James vs Michael Jordan debate that is constantly being overplayed. But before James elevated himself to GOAT status the most significant GOAT debate in sports was in golf.

LIV Golf has sprung up in the past year to challenge the PGA Tour, which if it sticks, will change this conversion forever. This is because right now the main stats looked at when comparing the top golfers are PGA Tour wins and Major wins. It will be hard to compare golfers as many of the top men in the sport start moving to the new league that plays one less round and has fewer players in the tournaments.

Before you read through the top seven GOATs of golf take a look at the honorable mention below. Some of the names have serious claims to be on the list but for now, this is how it stands.

Bobby Jones is the biggest ‘what-if’ in golf’s history. From 1923-30, a nation that was truly embracing sports watched in amazement as Jones won everything in sight. After conquering the golf world for a short eight-year amateur career Jones retired at the ripe age of 28 in 1930. As an amateur, Jones wasn't allowed to compete in the PGA Championship. Jones played in the U.S. Amateur and the British Amateur, which were considered majors at the time. Jones won all 13 of his majors (seven official, six unofficial) in the span of eight years then retired after becoming the only golfer to ever win the pre-Masters Grand Slam in a single calendar year. He helped revolutionize the game in many ways and four years after he retired he co-founded The Masters in 1934.

Arnold Plamer is one of the most popular golfers of all time which is why he got the nickname “The King.” Palmer's fan base grew as he won 62 PGA Tour titles over a two-decade period and his following became known as “Arnie's Army.” Palmer is one of three golfers (Woods, Nicklaus) to ever win the Masters four times. Palmer got 29 of his victories in a four-year span from 1960 to 1963, winning at least six events in each of those years. Neither Woods nor Nicklaus ever had a four-year streak with six or more wins each year.

“Putting is like wisdom – partly a natural gift and partly the accumulation of experience.”
—Arnold Palmer #TheChampionsMind 🏆 pic.twitter.com/iLhPOOilWm

Sam Snead is the all-time leader in PGA Tour victories with 82, a record that was tied by Tiger Woods in 2019. “Slammin’ Sammy” had many factors outside his career that limited his chances to win more Majors, one being WWII. Between 1940-1945, during Snead’s prime years of 28-33, a total of 14 Majors were canceled. Another reason he struggled to collect Major titles is that from 1938 to 1961, Snead only participated in the British Open one time – winning it in 1946. Furthermore, Snead’s white buffalo was the U.S. Open, an event he never won even though he had 12 top-10 finishes and finished four times as the runner-up. Snead’s silky smooth swing was the gold standard in golf which helped him become the oldest player to win a PGA Tour event and the only player to ever shoot under his age when he was 67.

Walter Hagen is known as the “father of professional golf” and is one of three people to ever win more than 10 Majors. Hagen’s winning percentage at the Majors is way above any other golfer due to there being a lot fewer Majors back when he was swinging the sticks. There was a total of 37 majors held from 1914 to 1929, and Hagen won 11 of them (nearly a 30% winning percentage). The Western Open was effectively the fourth major during Hagen's time because all the top golfers played in the tournament. Hagen won the tournament five times which would give him 16 Major victories – if it was an official Major. The World Golf Hall of Fame deemed Hagen "the world's first full-time tournament professional."

Tiger Woods did things in golf that were considered impossible before him. From his record-setting 18-under-par in his first Masters as a pro to his 12-shot margin of victory over the runner-up at the Masters (runner-up Tom Kite’s 282 total would have been good enough to win 17 previous Masters). Tiger’s dominance of the sport starting in 1997 had fans flocking to the sport like never seen before. Eyes from all over the world tuned in to see what he would accomplish next and to watch his massive drives that turned the longest par-5s in the world into mere chip-and-putts.

During the early 2000s, it seemed that Woods was going to shatter every record in the books and become the unquestioned GOAT. In 2000-01, he won four straight majors (now deemed the Tiger Slam), becoming the only person to ever hold all four titles at the same time. That wasn't even the most impressive stretch of his career, as Woods later placed top four in 12 of 14 majors from 2005 through 2008 with six wins. After 2008, we all saw Woods’ career derail with multiple knee and back surgeries and an infidelity scandal. His career hit rock bottom in 2017 after a DUI arrest. Woods did not give up though and came back and won his 15th Major in 2019.

Woods has the record of 11 PGA Player of the Year awards, and he has the lowest career scoring average in PGA Tour history. Furthermore, Woods has won a record 22.8% (82 out of 359) of his professional starts on the PGA Tour. Woods landed the number one spot but as I mentioned above Woods and Nicklaus are more like 1a and 1b and they both are the GOATs of golf.