Major challenge awaits in Oklahoma for top golfers in world 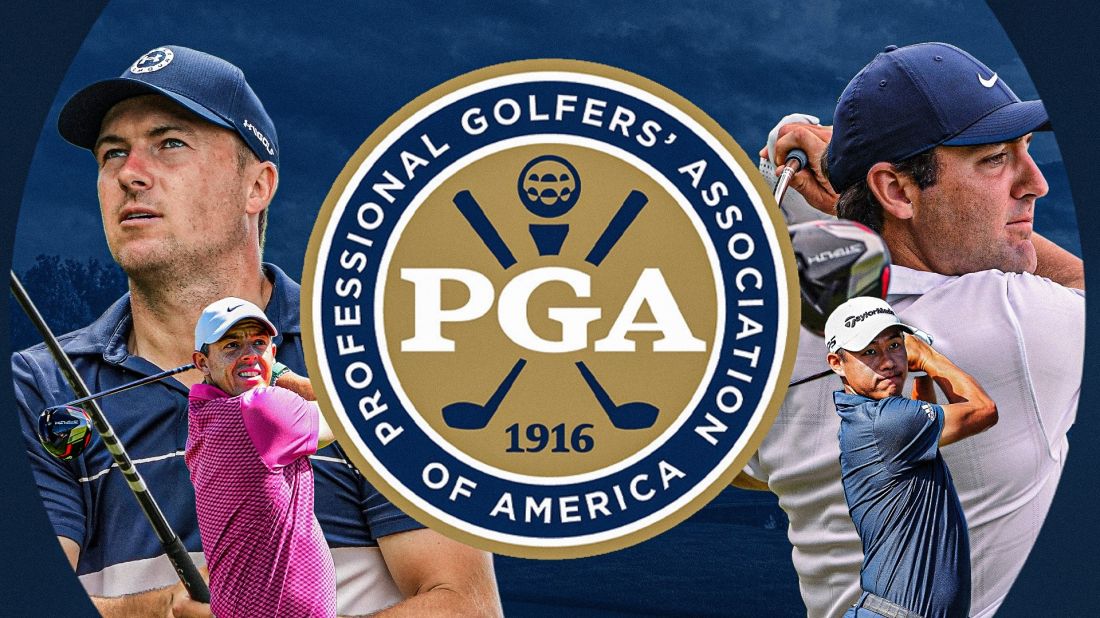 It doesn’t feel too long ago that Scottie Scheffler was slipping on the green jacket after winning The Masters comfortably in April. Yet, here we are already talking about the second major of the year: the 2022 PGA Championship.

This championship doesn’t have the allure of Augusta, or the grueling conditions of the U.S. Open, but it’s always a fun event when the top players in the world battle for the Wanamaker Trophy.

So, who will be the one to hoist it on Sunday this year? It won’t be Phil Mickelson repeating as the champion, and Tiger Woods feels like somewhat of a long shot as he continues to recover from his leg injury.

Here are our rankings of the top 20 players in the field at Southern Hills in Tulsa, Oklahoma.

Niemann tied for 25th last week at the AT&T Byron Nelson despite shooting a final-round 74 to slip down the leaderboard on Sunday. He already won once this year and had two other top-6 finishes earlier in the season, so he’s got the pedigree of a champion. He just needs to find consistency on the greens, where he ranks 96th in strokes gained.

His last two starts were disappointing (missed cut and T-59) but prior to that, he finished no worse than T-16 in any of his three stroke play events. He performed well at the Masters with a T-14, and this course suits him well with windy conditions expected. If he gets his irons going, he could be dangerous this weekend.

Aside from a T-2 at the Mexico Open earlier this month, Finau’sbest finish was a T-19 at the Sentry Tournament of Champions. It’s been a very disappointing season, but he can heat up in a hurry, as we saw at the end of last season. He’s plenty long enough for Southern Hills. The biggest concern is his putter. Finau has been one of the worst putters on tour this season, losing almost a half-shot to the field on the greens.

Johnson looked good at the WGC-Dell match play, as well as at the Masters and Players Championship. But that’s about it. He’s missed the cut in two of his nine events and was T-59 at last week’s tournament. But…it’s Dustin Johnson. If he can find some comfort with his driver, which has been atrocious this year (162nd in driving accuracy), and roll in some putts, he can compete for his first Wanamaker Trophy.

Koepka withdrew last week in an attempt to ensure he’s good to go for the second major. He wasn’t fully healthy at The Masters and has battled through an injury ever since, but he says he feels good this week – and I trust him. He’s already won the PGA twice and excluding his debut in 2013, he’s never finished worse than T-29 in this event. He’s going to be in contention on Sunday if he’s fully healthy.

Young isn't a household name, but he’s on the brink of a breakout. He tied for second at the Sanderson Farms Championship, as well as at the Genesis Invitational and Wells Fargo Championship. He also tied for third at the RBC Heritage. He’s a powerful player with incredible length off the tee, which will give him an advantage on a longer course; he’s second in strokes gained: off the tee this season.

It’s crazy to think that Fitzpatrick doesn’t have any PGA Tour wins, despite winning seven times internationally. This season alone he has five top-10s and a runner-up at the Wells Fargo, and he tied for 14th at the Masters. He doesn’t have a great track record at the PGA Championship with three missed cuts and only one top-25 in six tries, but this could be the week he breaks through.

Smith’s best finish at the PGA Championship was a T-25 in his debut back in 2015. He’s struggled a bit since winning The Players, but he’s a wizard around the greens, which will be a big advantage this week. I’ll take a great chipper and putter to contend at an event like this every day of the week. Smith is one of the best players in the world, and he just needs to get back on track.

It’s true that Homa has never come close to contending in a major. It’s also true that he’s poised to change that this week in Tulsa. He won his last start at the Wells Fargo Championship, his second victory of the season and his eighth top-25 in 14 starts. He hasn’t missed a cut since January and excluding the majors and match play event, he hasn’t finished worse than T-21 since February (seven events).

Schauffele has no major wins but he does have nine top-10s and four finishes in second or third. He and Patrick Cantlay won the Zurich Classic last month and he tied for fifth last week at the AT&T Byron Nelson, coming into this week playing well. What’s worrisome is the fact that he missed the cut at the Masters and Players Championship – though those are his only two missed cuts of the year.

Lowry doesn’t play as many PGA Tour events as some other guys, but he usually contends when he does. In his last three starts, he went T-3, T-3 and 13. In six of his 10 starts, he’s come in the top-25. He tied for 4th at the PGA Championship last year and tied for eighth in 2019, as well, so he knows how to navigate courses designed for this major. I expect him to be near the top of the leaderboard come Sunday.

Cantlay started the year with four straight top-10s. In his last two events, he lost in a playoff and won the Zurich Classic with Schauffele. Ignore the in-between – one missed cut and nothing better than T-26 – and trust that one of the best putters in the world will put together a strong week in difficult conditions, which is when Cantlay seems to play his best.

Matsuyama’s last round was a 62 on Sunday at the AT&T Byron Nelson. That’s a good way to come into this major championship. He’s won twice already and has five top-10s in 13 starts, and he’ll try to win his second major this weekend. His putting has not been great, but with his iron play and steadiness off the tee, Matsuyama won’t find himself in trouble very often.

Thomas won the PGA Championship in 2017, his first and only major. But he’s regularly in contention, with six top-10s in 25 appearances. His ability to shape the ball and drive it low into blistery winds will be an asset this week in Tulsa, as will his irons from the rough and fairway. He’s third in strokes gained: tee to green and 24th around the green. That’s a nice combination. Thomas just has to find a groove on the greens with the flat stick.

This week is going to come down to one thing for Morikawa: his short game. If he can get up-and-down from bunkers and green-side positions, he’ll be in great shape. Hopefully he doesn’t find himself missing many greens because he ranks fifth in GIR percentage, but he has to save par when he does miss greens. That’s not something he does enough, ranking 181st in sand saves.

It’s a similar story with Zalatoris, only with his putter instead of wedges. He’s shaky with his putter, missing birdie opportunities and par saves far too often. He’s one of the best iron players and drivers of the golf ball on tour, but it’s the short ones that seem to give Zalatoris trouble on the greens. After missing the cut last week, he’ll bounce back with another top-10 in a major (he already has four in six tries.

Rory gave fans hope at The Masters when he shot a 64 in the final round to finish solo second. He then came in fifth at the Wells Fargo Championship two weeks ago, giving him reason to feel confident in his game entering the year’s second major. He once again shot over par in the opening round of the Masters, a troubling trend for McIlroy, so he’ll need to avoid another disastrous Thursday this week. If he can do that, he’ll find a groove on Friday and the weekend to remain in contention in Tulsa.

Rahm has regularly been one of the best putters on tour during his career, but he’s fallen off in that area this year. At the Mexico Open, though, he got back on track with four sub-70 rounds to win it at 17-under par. Even when he’s not at his best, he’s better than most, which is the mark of a great player. I think that win in Mexico will give him some momentum coming into the PGA Championship as he seeks his second major title.

This could be the week Spieth completes the career grand slam. He won the RBC Heritage in April and finished second last week, which is a solid stretch for Spieth. His pre-shot routine doesn’t look the greatest, but it’s working because he’s hitting a ton of greens and driving the ball well – and longer than he ever has. Spieth has as good a chance as anyone to win the Wanamaker given his recent form. He just has to stop missing so many costly short putts.

How can you not love Scheffler in this spot? Even when he wasn’t particularly sharp at the AT&T Byron Nelson, he still grinded out a top-15. That was after winning four events in six starts from February to April, including the Masters. I don’t know if he’s going to go back-to-back in the majors this year, but he has a real ‘Jordan Spieth in 2015’ feel to it. Oh, and he just shot a 64 in a practice round here earlier this month, calling it one of his favorite courses.