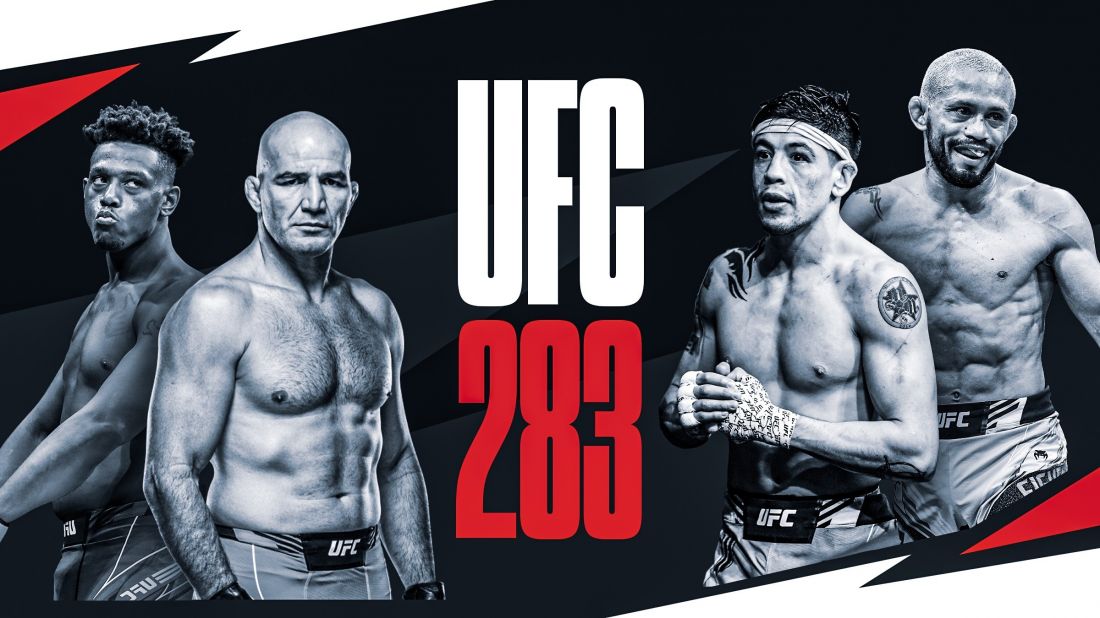 When businesses and restaurants are getting off the ground, they often have something called a “soft open” — it’s like a trial run where they invite family and friends into the space to check things out, and make sure that everything is in place and functioning properly before opening to the general public.

Last weekend’s UFC event in Las Vegas felt like the “soft open” for 2023, and Saturday’s Pay-Per-View in Brazil feels like the actual “Grand Opening Event” to kick off the year.

The first card of the year was solid, even with a change in main event the week of the fight, and featured a handful of impressive performances that put some emerging names on track to have a big year inside the Octagon.

But Saturday’s event at Jeunesse Arena in Rio de Janeiro features bigger names, bigger fights, and greater anticipation, with the raucous, partisan crowd sure to create an electric atmosphere for the first pay-per-view of the year.

Through his first four UFC appearances, McKinney has shown flashes of being a top-end prospect.

He posted a seven-second knockout win in his short-notice debut, and has since collected two additional first-round submission wins, but it’s his loss to Drew Dober inMarch that truly elevated his stock. In the contest — which McKinney again took on short notice — he rocked the dangerous veteran in the early stages and had him reeling, only for Dober to compose himself and flip the script.

Although he landed on the wrong side of the results, stinging Dober and having an avenue for finishing him that quickly highlighted the threat McKinney possesses and how dangerous he could be if he is able to dial things in a little as he gains more experience.

This weekend, he takes on undefeated promotional newcomer Ismael Bonfim in a clash of lightweight hopefuls looking to start the year with a bang. It’s a bit of a strange matchup given that McKinney is 3-1 in the UFC and Bonfim is fresh off Dana White’s Contender Series, but it’s an early 2023 start for “T. Wrecks,” and with a victory, we should see him in there again with someone more seasoned and established before the midway point of the year.

Almeida has made three trips into the Octagon, winning all three in the first round, at three different weights.

He debuted at light heavyweight, where he dominated Danilo Marques, and then jumped up to heavyweight and did the same to Parker Porter. When a bout with Shamil Adburakhimov fell through, he faced Anton Turkalj at a 220-pound catchweight, and dispatched him in under five minutes as well.

Now the bout with Abdurakhimov is back on the schedule, and while Almeida feels slightly undersized compared to the elite of the heavyweight ranks, it’s hard to argue with the early returns, and if he wins again this weekend, he’ll find himself in the Top 15.

So far, the 31-year-old Brazilian has encountered little resistance when it comes to dumping people to the canvas and getting into advantageous positions where he can find a finish, but it will be curious to see if Almeida can continue that run as he keeps fighting forward in the rankings.

Abdurakhimov is a good test, which is why this fight has been booked three different times, and if “Malhadinho” emerges victorious, the heavyweight division will have a new dark horse contender on its hands.

Figueiredo and Moreno are 1-1-1 in their personal series, with all three bouts being compelling, entertaining affairs, so a fourth battle between the two was guaranteed. The first fight ended in a draw after Figueiredo was docked a point in Round 3 for an accumulation of accidental low blows, and Moreno rolled in the second, submitting the Brazilian in the third round.

Figueiredo re-claimed the title last year at UFC 270 with a unanimous decision win. Moreno subsequently went out and won an interim title fight against Kai Kara-France while Figueiredo was recovering from a finger injury and pondering his future, and now they run it back for what most assume will be the final time… though at this point, it feels like something strange will happen to keep this paring together for eternity.

These are the best to flyweights in the UFC at the moment, and the fights between them have all been tense, wildly entertaining battles, and this one should be no different.

After things didn’t get decided in December when Jan Blachowicz and Magomed Ankalaev battled over the vacant title at UFC 282, Teixeira and Hill will battle it out in Brazil to see if one of them can depart Jeunesse Arena as the new light heavyweight champion.

Teixeira was supposed to face Jiri Prochazka at UFC 282, but the Czech standout suffered a shoulder injury and vacated the title. He lobbied to fight Blachowicz, who he beat for the title the previous October, but was offered Ankalaev, and said he needed time to prepare, which prompted the UFC to pivot. Now he gets the chance to face Hill, who was tagged in after UFC 282 ended in a draw.

The 43-year-old Brazilian appears to have a clear advantage on the ground, coupled with a willingness to engage in the standup, and a bushel of experience in big fights, big moments, and gnarly battles. His 31-year-old counterpart Hill has won three straight and five of seven in the UFC, with just one loss and one No Contest. He brandishing power in both hands and unwavering confidence, but he’s heading into hostile territory and his timeline for challenging for championship gold has been expedited, which adds to the intrigue.

There are a ton of curious elements to this fight that could swing the outcome in either direction — Can Teixeira remain elite at his age? Is Hill ready to compete with the elite and be a champion? How will the fight being in Brazil impact either man? — and that ratchets things up even more, making this a surprisingly fascinating matchup given that it wasn’t on the schedule six weeks ago.

Light heavyweight is in a weird spot at the moment, but this should hopefully help steady things and set the course for 2023.