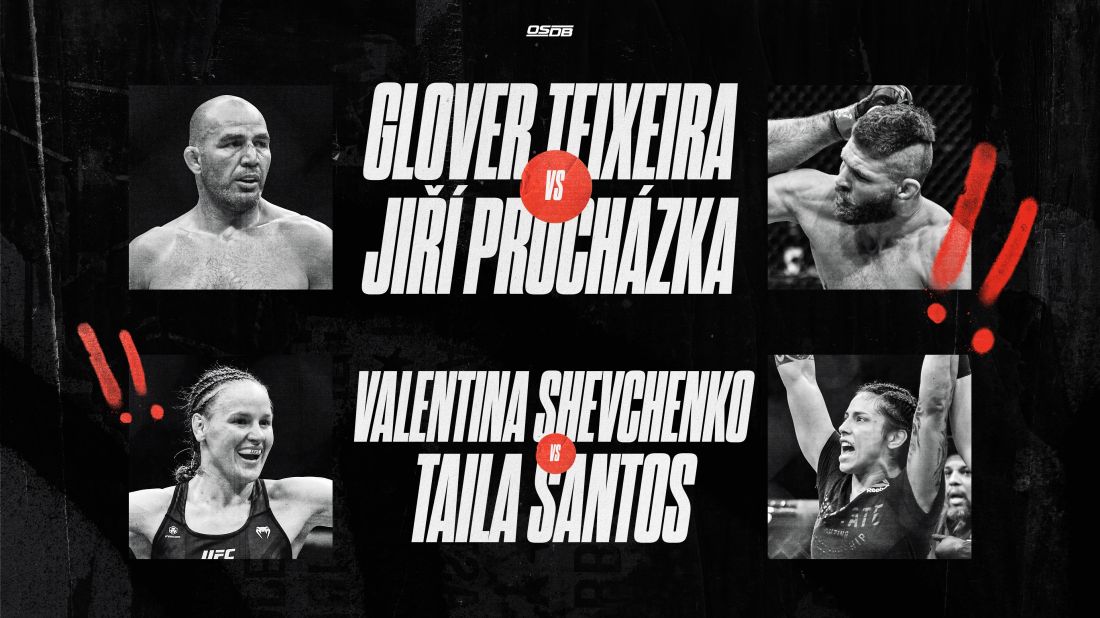 Last weekend kicked off a stretch of a dozen consecutive Saturday night’s featuring a UFC fight card, with Saturday's UFC 275 Pay-Per-View from Singapore Indoor Stadium the first of four Pay-Per-View cards penciled in during the time, and the first of three in the next eight weeks.

And what a fight card it is!

Capped by twin championship bouts and bolstered by the return of the odds-on-favorite in the UFC Rookie of the Year race and a rematch of one of the best fights of all time, the 12-fight event should be the jolt of electricity that gets fans charged up for what’s on tap in the weeks to come.

The record for the most fights in a calendar year in the UFC is five, a record shared by Roger Huerta, Neil Magny, and Kevin Holland.

Saturday marks Fialho’s fourth trip into the Octagon in 2022, and his third in as many months, so provided he remains in good health, the 27-year-old Portuguese welterweight is trending toward not only besting the record, but potentially obliterating it.

While he can’t possibly maintain the “fight every month” pace he’s managed over the last three months, even getting two more fights in this year reset the record, and anything more would make it incredibly difficult to match.

Part of what has allowed Fialho to keep such a torrid pace during his UFC rookie campaign is that he’s not spent a great deal of time inside the Octagon over his last two outings.

After going the distance with streaking standout Michel Pereira in his short-notice debut in January, which he lost by unanimous decision, Fialho returned in April to register a first-round stoppage win over Miguel Baez.

He shaved two minutes off his time three weeks later when he returned to face Cameron VanCamp. Each of those two victories earned him a Performance of the Night bonus, and led to a request to fight again soon backstage, each of which was granted.

The Sanford MMA product takes a step up in competition here, landing opposite young Australian veteran Jake Matthews, who has been competing in the UFC Octagon since he was 19 years old and carries a 6-2 record in the welterweight division into the cage. He has more tools and a better understanding of how to deploy them than both Baeza and VanCamp, and should, in theory, push Fialho more than either managed to earlier in the year.

But the rookie on the record-setting pace has shown great composure and an ability to find a fight-ending shot early over his last two outings, and will definitely be on the hunt for another this weekend in Singapore.

And if he finds it early and without much trouble, don’t be surprised if he tries to get himself another fight before the end of July.

The first time these women shared the Octagon, they combined to deliver one of the best fights in UFC history, and easily the top pairing between two female combatants the promotion has ever seen.

For 25 minutes at UFC 248, Zhang and Jedrzejczyk went shot-for-shot, no quarter asked, and none given. They entered the fifth and final round of their championship encounter deadlocked, and when the frame ended, each woman felt they had done enough to merit the victory.

Zhang landed on the happy side of the split decision verdict and retained her title, while Jedrzejczyk showed once again that she is one of the best female fighters of all-time and a permanent threat in the 115-pound weight class. Now they’re set to meet for a second time, without a title belt hanging in the balance, and with two fewer rounds to work.

Expecting this to be The Godfather, Part II is unfair, but it’s highly unlikely it will be Speed 2: Cruise Control either.

A good bet is that this rematch has a John Wick: Chapter 2 vibe, where it’s entertaining as hell from beginning to end, but the beats all feel a little familiar and not quite as captivating as the first time around.

Shevchenko is the longest reigning champion amongst the UFC’s current crop, and has also been its most dominant and active. UFC 275 marks her seventh title defense since claiming the belt with a unanimous decision win over Jedrzejczyk at UFC 231 on December 8, 2018, and none of her previous six challengers has come close to dethroning the well roundedreigning champ.

The 34-year-old standout, whose greatness was profile in this space eight months ago ahead of her destruction of Lauren Murphy at UFC 266, might be the most compete fighter in the sport today; a jack-of-all-trades who just so happens to be a master of all those trades as well. She has shown no weaknesses, no holes since moving down to the 125-pound weight class, and a win on Saturday might make her think long and hard about moving back up to bantamweight and a pursuit of a second title for her collection.

Santos is the latest skilled talent to face the unenviable task of sharing the cage with Shevchenko, who has a way of making excellent fighters look like amateurs inside the Octagon.

The 28-year-old challenger has won her last four appearances, and lost only once in her career, that coming by split decision in her UFC debut. She is a strong grappler with clear power in her hands, and arrives in Singapore off a first-round drubbing of Top 10 fixture Joanne Wood last November.

Against anyone else in the division, she’s likely the betting favorite, but paired off against Shevhcenko, Santos is a massive underdog. There are potential pathways to victory for her this weekend, but the same was said of Jessica Andrade last April, and the former strawweight titleholder and all-around force of nature was stopped in less than two rounds.

Could this be the night where the queen is forced from her throne or will Shevchenko continue to reign supreme over the 125-pound weight class?

The main event is a collection of contrasts with the light heavyweight title hanging in the balance.

On one side, the champion: 42-year-old Glover Teixeira, the oldest first-time champion in UFC history; a savvy veteran with a propensity for navigating tricky situations and securing victories later on the ground, later in fights.

On the other side, the challenger: 28-year-old Jiri Prochazka, a bundle of frenetic energy and instant offense with a penchant for spinning attacks and flashy knockouts who has yet to share the Octagon with someone as experienced and skilled as Teixeira.

Most see this matchup as holding two potential outcomes — Prochazka early or Teixeira late — but it’s the process of arriving at the answer that makes it so compelling, because along the way, numerous questions about each man will be asked and answered.

Teixeira has needed to navigate rough waters at times during the course of his current six-fight winning streak that carried him to championship gold last October, and no one questions his grit and tenacity, but how long can he keep it up and how many times can he find a way to make it through an early storm before getting swept out to sea?

As for Prochazka, there are parts of his game that remain a question mark, as in each of his first two UFC appearances, his opponents have happily engaged him on the feet, resulting in a pair of second-round stoppage wins for the challenger from the Czech Republic. But questions about his abilities in the clinch or on the ground, as well as those about his conditioning and ability to go five rounds persist, and could very well be answered this weekend.

Many see this as a coronation of Prochazka, and the challenger does enter as the betting favorite, but counting out the battle-tested veteran champion would be a mistake.

The best course of action is to simply sit back and enjoy the fights.