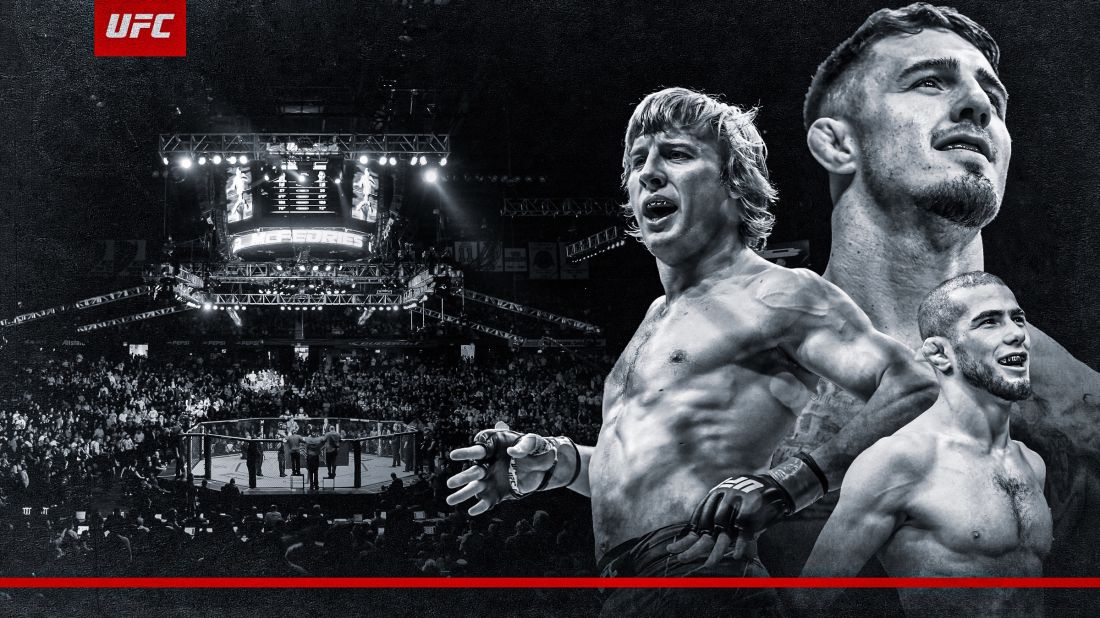 When a movie exceeds expectations in Hollywood, you often end up with a sequel, with studios going to the well as many times as they can before things completely run dry. A surprise hit begets a follow-up, with things generally getting sketchier the further down the rabbit hole you go from there.

Both iterations of the Jurassic Park series illustrate this point perfectly.

When a UFC event exceeds expectations, it usually means an expedited return to that location, as is the case this weekend when the Octagon blows back into London for the second time this year.

The company’s show at The O2 Arena in March felt like a perfect storm — the first UFC event in London in three years thanks to the COVID-19 pandemic, it was loaded with talent from throughout the United Kingdom and capped by surging British heavyweight Tom Aspinall submitting Alexander Volkov in the first round.

Fans were in full throat for the first fight, went bonkers when Molly McCann knocked out Luana Carolina with a beautiful spinning elbow, and blew the roof off the gaff when Paddy Pimblett’s signature walkout mix of “Lethal Industry” by Tiesto and “Heads Will Roll” by Yeah Yeah Yeahs kicked in.

It was an electric reminder of what it’s like to have ravenous, raucous fans in attendance and how international events with local favorites have a different feel. Now the UFC is hoping to replicate the excitement from March by bringing several of the same names back to The O2 on Saturday for another go-round.

The event was dealt a blow a couple weeks ago when middleweight Darren Till was forced to withdraw from his co-main event pairing with Jack Hermansson. While his replacement, Chris Curtis, who we’ve profiled in this space before, is in much better form of late, not having the popular Liverpool man strut to the Octagon and compete is certainly a loss.

Having said that, Till wasn’t on the card in March that prompted this expeditious return and the main breakout stars of that show are back, which sends everyone into the weekend with high hopes for a quality sequel on Saturday.

Aspinall is once again stationed in the main event, taking another step up in competition when he faces off with Top 5 fixture Curtis Blaydes.

The 28-year-old is 5-0 in the UFC with five finishes and has never seen the end of the second round in his mixed martial arts career. Quiet outside of the cage, his efforts inside the eight-sided proving ground speak volumes, with Aspinall brandishing a diverse arsenal of skills, with elite athleticism and a ton of confidence.

But Blaydes is a different caliber of fighter than he’s faced thus far.

A former NJCAA National Champion wrestler, the 31-year-old American has knockout power in his hands, a 16-3 record (with one No Contest) where his only losses came against perennial contender Derrick Lewis and current champ Francis Ngannou, twice, and the kind of approach that makes venturing into hostile territory no concern.

Aspinall has made things look easy thus far, which has prompted some to question the level of competition he’s faced, rather than marvel at the skills he possesses, but a win over Blaydes would be an undeniable signifier that the Manchester man is a top contender in the heavyweight division.

THE BADDY IS BACK!

Pimblett has undeniable charisma and is absolutely magnetic when he’s on the screen; a lovable rogue with a sharp Liverpool accent, the same haircut he’s had since second grade, and the backing of an entire nation.

Through his first two UFC appearances, “Paddy the Baddy” has been solid, but not spectacular, which sounds odd to say given that he’s earned a pair of first-round finishes. But he ate a couple more clean shots that you would like to see in favorable matchups against Luigi Vendramini and Kazula Vargas, and feels at times like someone that fights down to the level of his competition, which is a risky play in the hurt business.

Saturday in London, Pimblett faces off with Jordan Leavitt, a graduate of Dana White’s Contender Series who has gone 3-1 in his first four UFC starts. Awkward on the feet, but dangerous on the canvas, the Syndicate MMA representative should be a good measuring stick for the 27-year-old British featherweight this weekend as he the kind of guy that could find a finish if Pimblett isn’t at his sharpest.

Charismatic characters like Pimblett are always going to draw backlash from fans that feel the enthusiasm is forced and the skills don’t match the swagger, but thus far, he’s handled his business accordingly inside the Octagon.

One day — and it might even be this weekend — he’s going to run into a test he isn’t ready to pass at the moment, and the vultures will quickly circle overhead. But Pimblett has lost in the past and his connection with the fans, the electricity that surges through the arena when he walks to the cage has remained constant, and will going forward, regardless of results.

“Paddy the Baddy” is “The People’s Champ” and it’s going to take a lot for him to lose that title.

Muhammad Mokaev is one of the best prospects in the sport — a 21-year-old with international wrestling experience, an unbeaten record through 29 amateur and professional fights, and a limitless upside.

Rarely do fighters with as much buzz and hype surrounding them live up to expectations the first time they step onto the big stage — the lights get to them, the pressure gets to them, the realization of one of their dreams impacts their performance.

In his debut last March, “The Punisher” needed just 58 seconds to dispatch Cody Durden, hitting the American with a beautiful jumping knee in the center of the Octagon before snatching up his neck and securing a guillotine choke for the finish.

He smiled as he walked to the cage, winked as he got a dap from Bruce Buffer while being introduced, and breezed through the toughest test of his career like it was nothing, instantly validating his advanced billing.

Saturday’s encore against Johnson is another solid test — a date with a 31-year-old veteran that has won four straight and reigned as champion in one of the top American regional promotions, Legacy Fighting Alliance (LFA), for the last year, successfully defending his title twice.

Mokaev, who was raised in Wigan, has all the markings of a future UFC championship contender, and these initial early battles will help determine how quickly he gets there. While there is no need to rush the young flyweight, the fact of the matter is that the UFC may not have any choice but to hustle him through the ranks if he keeps dominating competition the way he did in his debut.