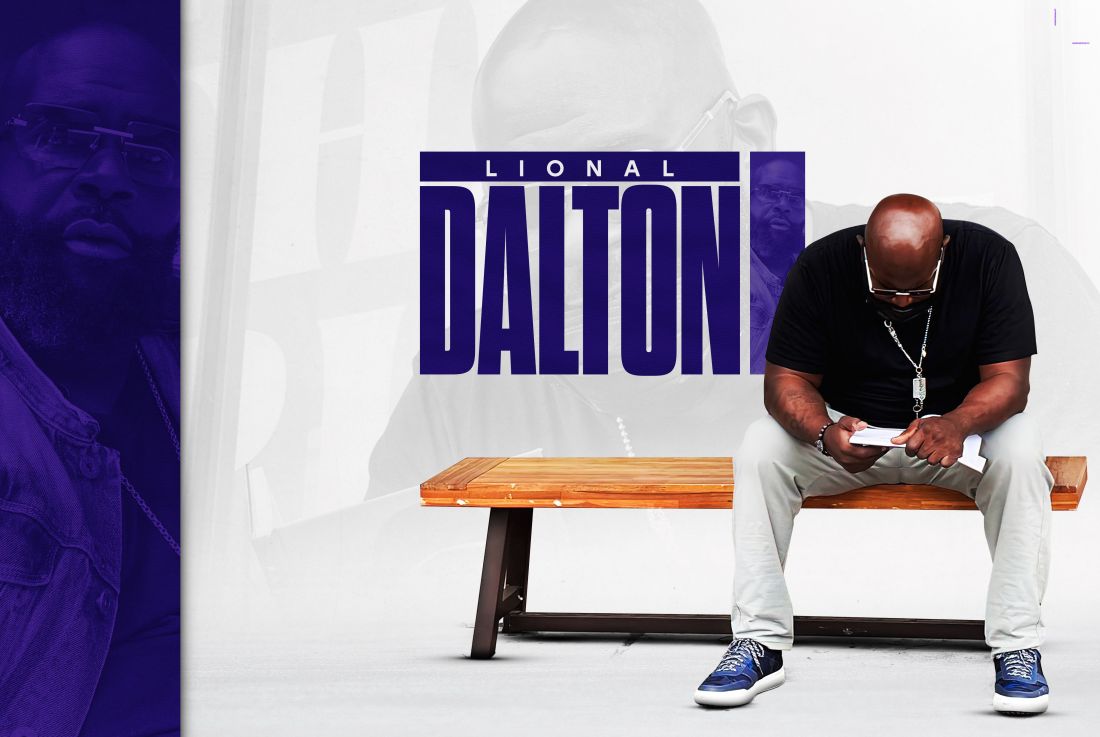 A few months ago OSDB told the story of Lional Dalton and his need of a life saving kidney transplant. Lional received the kidney and is doing well. Here is his story.

Former NFL defensive tackle Lional Dalton got a phone call on Aug, 25 that not only changed his life, but saved it. Dalton, who was suffering from severe kidney failure, was about to get the best news he could possibly receive.

Doctors in Baltimore found a kidney for him.

“I was just getting out of the shower and my wife ran in there and said, ‘They just called and they have a kidney at the hospital for you and you’ve got to go to Baltimore right now,’” Dalton told OSDB Sports via phone. “I called my mom, dropped off my daughters and took the first flight out. I got there about the next morning and I was in surgery later that day.”

Dalton was on dialysis for over a year after learning of his condition in January of 2020, praying and hoping that there would be a match somewhere. That life-saving match finally came in August, so he wasted no time getting from his home in Atlanta to the hospital in Baltimore.

“The longer the kidney is out, the less likely it is to hold or connect with another body,” he said. “So as soon as it comes out, they like to put it right into someone else.”

Dalton was hoping to find a living donor who could give him their kidney, which extends the life expectancy for the person receiving it. Dalton’s kidney came from a 17-year-old who was in a car accident.

His family decided to donate his organs, which were healthy and free of drugs. The kidney was a match for Dalton, a blessing he couldn’t be more thankful for – despite heartbreaking news of a 17-year-old losing his life.

“It was a young man who died way too young, 17 years old,” Dalton said. “Because the kidney was so young, the doctor said this is the closest to getting a living donor. The kid had no drugs, he was a good kid and he just had a freak accident. The family decided to donate the kidney.”

Dalton received a lot of support from the city of Baltimore while he was searching for a kidney, with many Ravens fans stepping up to see if they were a match for the Super Bowl champion. And knowing the young man who passed away was from Baltimore, Dalton “wouldn’t be surprised if he was a Ravens fan.”

About two weeks removed from surgery, which lasted several hours, Dalton is feeling good. He’s still limited in what he can do physically, but he’s making progress and the early prognosis from doctors is excellent.

“I actually feel good enough to go for a walk today – a long walk. Went for a mile and a half with my wife. Now I'm in the gym watching her work out,” he said, laughing. “I feel pretty good. It’s a good sign. I want to lift but I can't because the doctor told me don’t do anything that’s going to strain you. For the most part, I feel good. I just got my first set of labs back. Doctor said everything looks great. I'm feeling happy, blessed and lucky at the same time.”

Dalton said he’s on medicine, which helps his body from rejecting his new organ – a natural reaction for the human body when a transplant is done. He’s keeping a close eye on his diet and isn't drinking alcohol – aside from a glass of wine every now and then – doing everything he possibly can to prolong the life of his new kidney.

The life expectancy of a kidney transplant is about 20 years, Dalton says, for a person who goes back to living his or her life like they were before suffering from kidney failure. Dalton wants to go above and beyond that number, hoping to set the world record for the longest living person to receive a transplant.

To do that, he’ll have to take care of his kidney, as he does his Super Bowl ring.

“It varies person to person. I’ve heard a lot of people go back to doing the same things they were doing before getting the kidney,” he said. “For a person living their life like they were, 20 years. But I'm trying to break the Guinness World Record for the longest kidney transplant. That’s what I told my mother. I’m eating healthier now, I don’t drink anymore. I might have a glass of wine here and there but I'm going to take care of this kidney like I take care of my Super Bowl ring.”

Throughout this entire process over the last 20 months, Dalton realized how much support he has. And now that he’s received a transplant, he has a group of people who have gone through the same thing and lived healthy lives.

One is NFL referee Roy Ellison, who’s a friend of Dalton’s wife’s uncle. Ellison underwent a kidney transplant 22 years ago and is still healthy, so he’s given Dalton a lot of advice and guidance on how to make sure he too stays on the right path health-wise.

“I’ve talked to Roy Ellison, he’s an NFL referee. I’ve been talking to him a lot. He’s friends with my wife’s uncle,” Dalton said. “He’s been coaching me through the whole process, what to expect, how much water to drink. He said make sure I take my medication on time, get in a routine. Exercise regularly because that helps. Completely stick to the diet or close to it that you were on when you were on dialysis. He’s had a kidney transplant now going on 22 years. He refereed while going through dialysis, and I'm like, ‘Man, you are strong.’ He would fly into Seattle a day early, do dialysis and then do the game the next day. So, he’s been a big support.”

Dalton’s barber in Atlanta also had a kidney transplant, as did former NFL player Bobby Howard, who is going on 23 years with his new kidney and Dalton says you would never know he had the procedure, seeing how much energy and life he has in him.

With his newfound appreciation for life, Dalton is going to pay it forward. He and his wife are starting a non-profit organization to provide families with loved ones who are going through organ failure and transplants with the support they need.

They’re going to launch the non-profit at the Chiefs-Ravens game on Sept. 19, with the hub for the organization being in Baltimore.

“My wife and I decided to put a non-profit together to help people going through kidney failure to make sure they have a support group to help families dealing with this. We’re going to help people going through any kind of transplant,” he said. “We’re going to launch that at the Baltimore Ravens and Kansas City Chiefs game and hopefully I’ll get a chance to talk about it. I’m going to do something in Kansas City and Baltimore, but Baltimore’s going to be the hub. Baltimore gave me the most support through this. So I'm excited.”

It’s been a difficult journey for Dalton, but the support he had behind him helped him push through the pain and suffering. He’s appreciative of the little things. And he’s certainly not going to let life pass him by or forget the love he received during this trying time.

“You have no idea how happy I am right now. I told my wife, the coffee’s sweeter, her food don’t taste as bad as it used to. I’m just joking,” he said with a laugh. “But you appreciate everything when you realize how quickly it can be taken away from you. I didn’t realize how many people actually supported me and loved me until I started talking about my disease. I’ve got a lot of support from a lot of people, so I'm just thankful.”