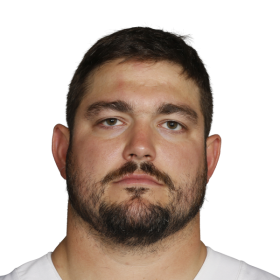 Our unique approach to fundraising unites players and fans behind a shared cause. As official Waterboys, players team up to raise awareness and encourage donations that supply communities in need with clean, accessible drinking water.

After redshirting in 2009, he became the starting left tackle for the Irish in 2010. He saw action in all 13 games in 2010 and was one of 11 players to start all 13 games for the Irish that season. As a junior in 2011, he started all 13 games at left offensive tackle and was part of a unit that only allowed 17 sacks during the season. He helped pave the way for a running game that averaged 4.8 yards a carry, the best by a Notre Dame team since 1996. In 2012, he was named one of four team captains for the Irish. He started all 13 games and helped lead the team to a 12–0 regular-season record and a trip to the 2013 BCS National Championship Game against the Alabama Crimson Tide, but lost 42–14. He announced he would return to the Irish for the 2013–2014 season. In his final season, he was named team captain for the second time, becoming only the 18th player in school history to earn such an honor. Martin would start all 13 games, setting a new school record for career starts by an offensive lineman with 52. He was the leader of a unit that allowed only 8 sacks, tied for second-best in the FBS. He was named MVP of the 2013 Pinstripe Bowl after a 29–16 win over Rutgers, becoming the first offensive lineman since 1959 (Jay Huffman) to receive that distinction in a college bowl game. With the 16th pick of the first round, the Cowboys drafted Martin with the intention of converting him to an offensive guard. He was named the starter at right guard from the first day of Organized Team Activities in the preseason, replacing Mackenzy Bernadeau, who had been the starter in the previous two years. His addition contributed to the offensive line becoming arguably the best in the league. On December 23, Martin became one of four rookies selected to the 2014 Pro Bowl. On January 2, 2014, he was voted to the AP 2014 All-Pro Team, the only rookie to make the team, and was the first Cowboys rookie since running back Calvin Hill was named to the team in 1969. Also, he was the first rookie offensive lineman to be named first-team AP All-Pro since Dick Huffman in 1947. In 2015, Martin had a second All-Pro caliber season in as many years despite losing DeMarco Murray to the division rivals Philadelphia Eagles in free agency. Martin and company led the NFL's ninth-best rushing attack as teammate Darren McFadden finished fourth in rushing with 1,089 yards. Martin played for Team Irvin along with each of his elected teammates in the 2016 Pro Bowl and was named second-team All-Pro by the Associated Press. Martin was named to his third straight Pro Bowl and was named First-team All-Pro, both honors being shared with fellow Cowboy offensive linemen Travis Frederick and Tyron Smith. He was also ranked 58th on the NFL Top 100 Players of 2017. On April 18, 2017, the Cowboys picked up the fifth-year option on Martin's rookie contract. He was named to his fourth straight Pro Bowl alongside tackle Tyron Smith and center Travis Frederick for the fourth straight year. He was ranked 71st by his peers on the NFL Top 100 Players of 2018. On June 13, 2018, Martin signed a six-year, $84 million contract extension with the Cowboys with $40 million guaranteed, making him the highest-paid guard in the NFL. He suffered a knee injury in Week 14 and missed the following week, the first time in his career that he had missed a game. In 2019 Martin become one of five offensive linemen ever to secure a Pro Bowl invitation in each of their first six seasons, joining Lou Creekmur (1950–57), Jon Morris (1964–70), Joe Thomas (2007–16), and Richmond Webb (1990–96). In Week 11, Martin made his first career start at right tackle due to injuries across the offensive line. On December 7, 2020, Martin was placed on injured reserve with a calf strain. He was activated on January 2, 2021. 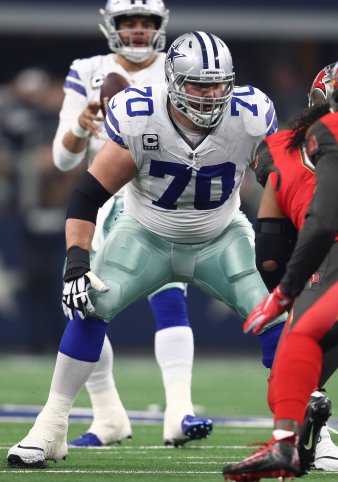 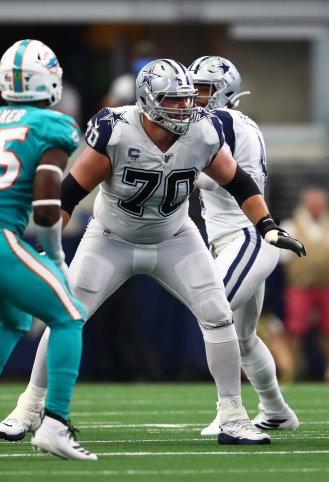 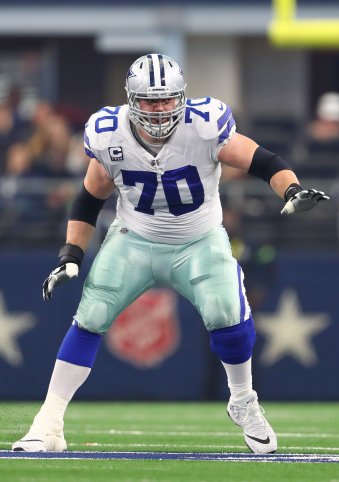 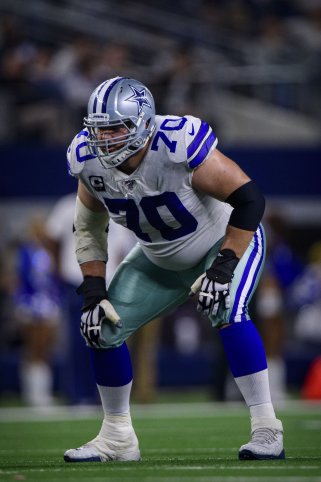 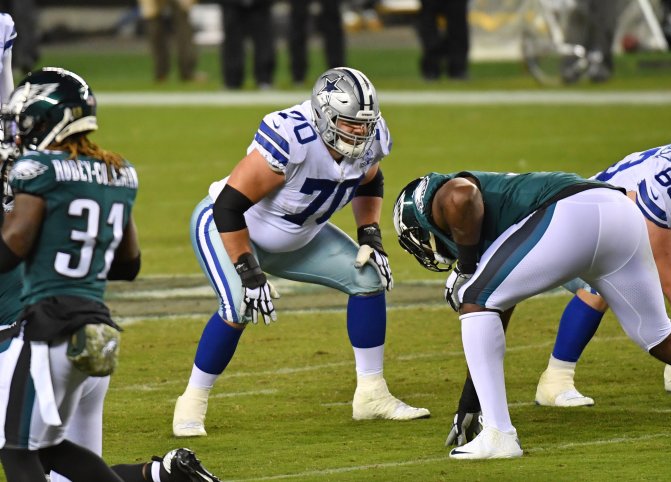 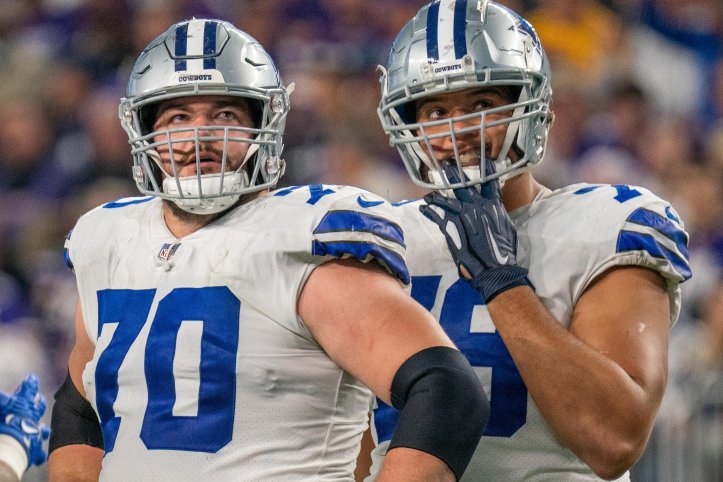 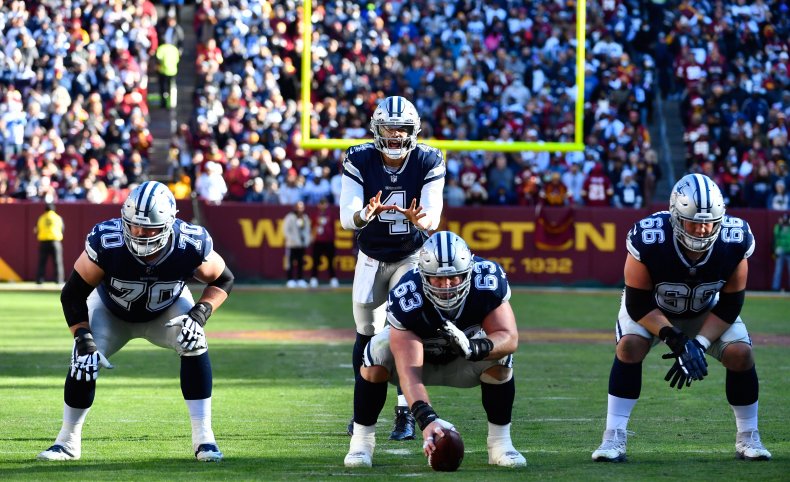