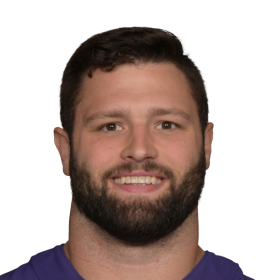 Vince Biegel was born July 2, 1993, in Marshfield, Wisconsin. He is an outside linebacker for the Miami Dolphins in the NFL. Biegel attended the University of Wisconsin-Madison where he played outside linebacker for the Wisconsin Badgers football team from 2012 through 2016. The 2014 season saw the Badgers replace all 4 starting linebackers from 2013. Joe Schobert and Biegel replaced the starting outside linebackers while Derek Landisch and Marcus Trotter replaced the starting inside linebackers. Schobert and Biegel were described by former teammate Marcus Trotter as exact opposites, he described Biegel as "a hamster on a wheel, man. He's just always running." while he said "Schobert is the exact opposite. He's very calm all the time." Biegel started 13 of 14 games in 2014. Biegel had a breakout game against Purdue in 2014 when he recorded seven tackles, three sacks, four tackles-for-loss, and one pass defended. He was named Big Ten Defensive Player of the Week for his performance. For the season, Biegel recorded 56 total tackles, 16.5 tackles-for-loss, and 7.5 sacks. He was named 2nd-team All-Big Ten by the media. 2015 saw the Badgers replace the starting inside linebackers again while Schobert and Biegel started opposite one another again. Biegel was named to numerous preseason award watchlists, notably Bednarik Award, Bronko Nagurski Trophy, and the Lombardi Award. Biegel started all 13 games in 2015. Following the end of the regular seasons, Biegel was named 3rd-team All-Big Ten by coaches and media. During an interview, Biegel was asked what he thought of Schobert's comment on Biegel deserving more recognition, Biegel said "being named third-team all-Big Ten is a flat-out slap in the face to me."Following the Badgers win over USC in the Holiday Bowl Biegel announced he would return for the 2016 season instead of declaring for the 2016 NFL Draft. Biegel had requested an evaluation by the NFL Draft Advisory Board and they projected him to be drafted between the 3rd and 6th rounds should he enter the 2016 Draft. For the season Biegel recorded 66 total tackles, 14 tackles-for-loss, and 8 sacks. He was third on the team in tackles behind fellow linebackers T.J. Edwards (84) and Joe Schobert (79), second behind Schobert in both TFLs (19.5) and sacks (9.5)

Prior to the start of the season, Biegel was named to the preseason watchlist for the Bednarik Award. Biegel was named by Pro Football Focus as the number one rated returning outside linebacker in both pass rushing and defending the run. On November 29, 2016, Biegel was named Second Team All-Big Ten

Biegel was drafted by the Green Bay Packers in the fourth round, 108th overall, in the 2017 NFL Draft. On May 15, 2017, Biegel suffered a fracture in the fifth metatarsal in his foot. He signed his rookie contract on May 31, 2017. On September 2, 2017, Biegel was placed on the physically unable to perform list. He was activated off PUP to the active roster on November 3, 2017. On September 1, 2018, Biegel was waived by the Packers. On September 2, 2018, Biegel was signed to the New Orleans Saints practice squad. He was promoted to the active roster on September 21, 2018. On September 1, 2019, Biegel was traded to the Miami Dolphins in exchange for linebacker Kiko Alonso in a salary swap. In week 15 against the New York Giants, Biegel recorded his first career interception off a pass thrown by Eli Manning during the 36–20 loss. Biegel signed his tender for a one-year contract with the Dolphins on April 6, 2020. On August 18, 2020, Biegel suffered a torn Achilles and was ruled out for the 2020 season. He was placed on injured reserve the next day. 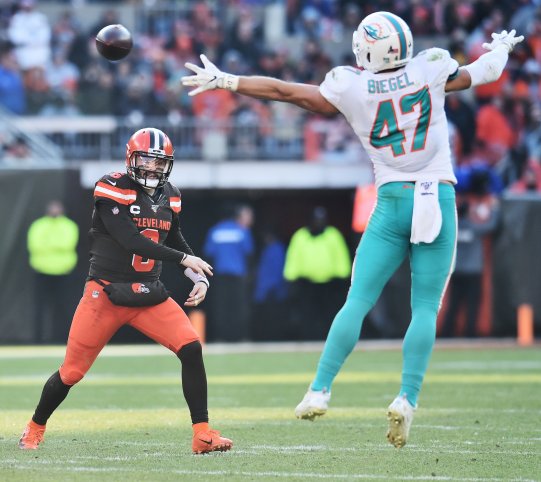 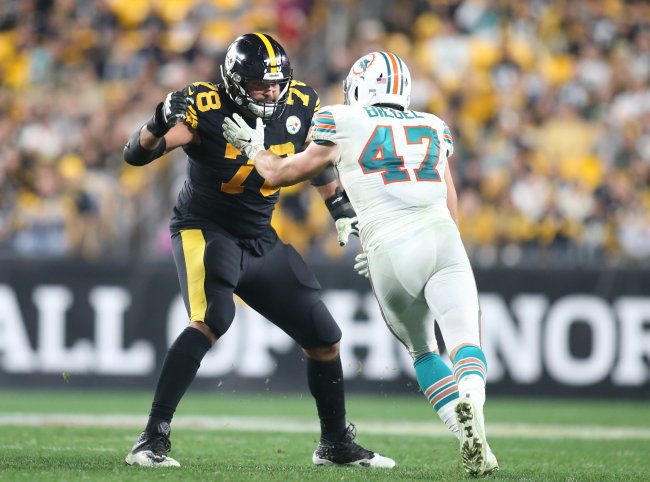 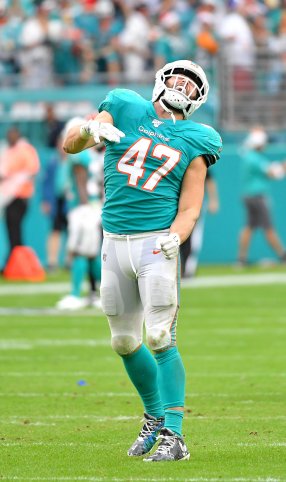 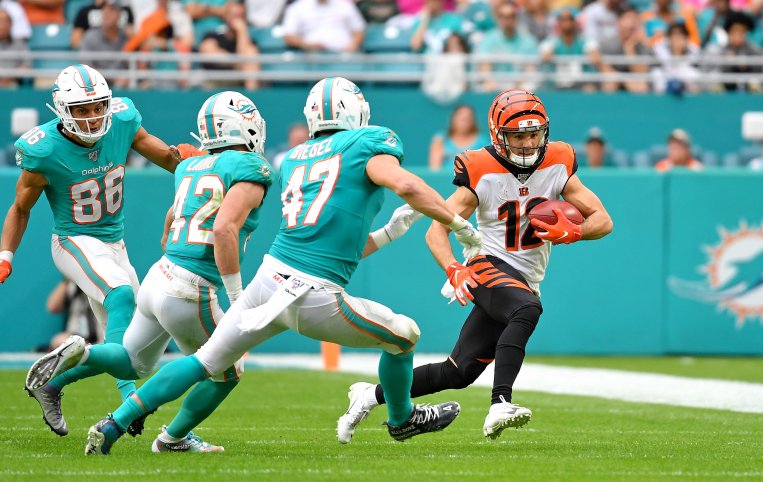 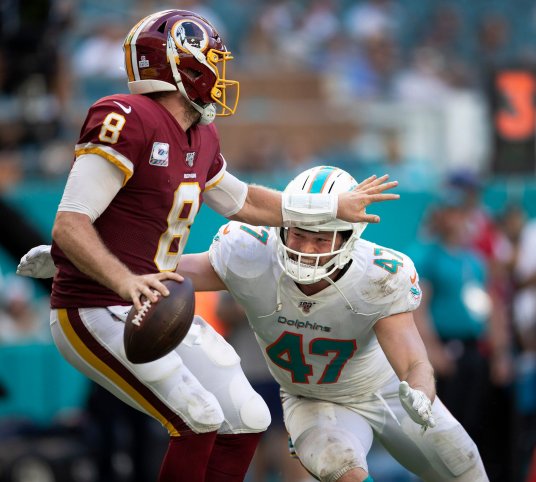