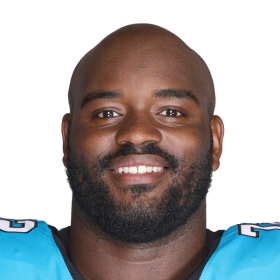 At high school, helping the team to first district playoffs in 25 years, and was a three-sport athlete (football, basketball, track). Moton was...

He redshirted his freshman year in 2012, and on 2013, as a redshirt freshman, he started all 12 games, making collegiate debut at Michigan State (8/30) and appeared in most snaps of the season with 87 against Nichols (9/7).

During 2014, as a sophomore, Moton started all 13 games at right tackle, being named Academic All-MAC, making his first career catch after a deflected pass in the win at Bowling Green (10/18), and helped produce MAC Offensive Player of the Year and MAC Freshman of the Year in running back Jarvion Franklin.

For the 2015 season, as a junior, he was named All-MAC Third-Team and named to Academic All-MAC Team. Moton started all 13 games at right guard, made his first career start against No. 4 Michigan State (9/4), helped pave the way for 401 yards rushing against Ohio (10/17) in the second half, and blocked for the MAC Freshman of the Year and Popeyes Bahamas Bowl MVP Jamauri Bogan who finished with 1,051 rushing yards and 16 TDs on the season. As a team, the Broncos were second in the MAC and 29th in the country with 204.6 yards per game on the ground.

On the course of the 2016 season, as a senior, he was invited to 2017 Reese’s Senior Bowl. He moved back to right tackle after playing right guard last year and again at right tackle in 2014, he set Western Michigan record for most starts in a career with 52. Started every game in his career, was named MAC Scholar-Athlete of the week following game vs. Kent State, he is part of a Bronco offensive line that was ranked No. 4 in the country by Pro Football Focus, the team ranked 24th in the country in rushing offense and allowed just 15 sacks on the year, the 11th fewest total in the country, opened holes for team to run for over 300 yards three times and paved the way for Jarvion Franklin to rush for a WMU program-record 281 yards on the ground at Akron (10/15).

Moton received an invitation to the Senior Bowl and played offensive tackle for the North who lost 15-16 to the South. He attended the NFL Combine and completed all of the combine and positional drills. A dozen NFL scouts attended Western Michigan's Pro Day, as Moton only ran positional drills with 13 other prospects. NFL draft experts and analysts projected him to be a second or third-round pick in the 2017 NFL draft. He was ranked the fourth-best offensive tackle in the draft by NFL analyst Mike Mayock and was ranked the fifth-best offensive tackle by Sports Illustrated, NFLDraftScout.com, and ESPN.

The Carolina Panthers selected Moton in the second round (64th overall) of the 2017 NFL Draft. The pick used to select Moton was acquired in a trade with the New England Patriots in a trade that sent Kony Ealy to the Patriots.

In 2018, Moton started Week 1 at left tackle in place of an injured Matt Kalil, then moved over to right tackle in Week 2 after the Panthers signed veteran Chris Clark to be their left tackle and Daryl Williams suffered a season-ending injury. He became the starting right tackle the rest of the season. 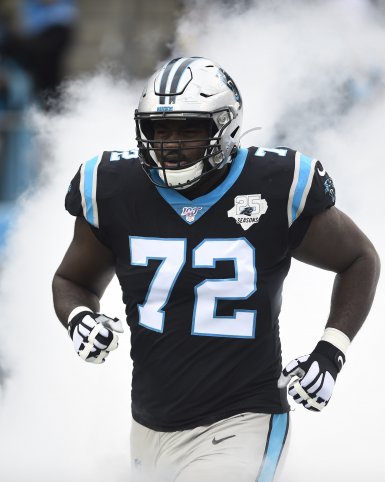 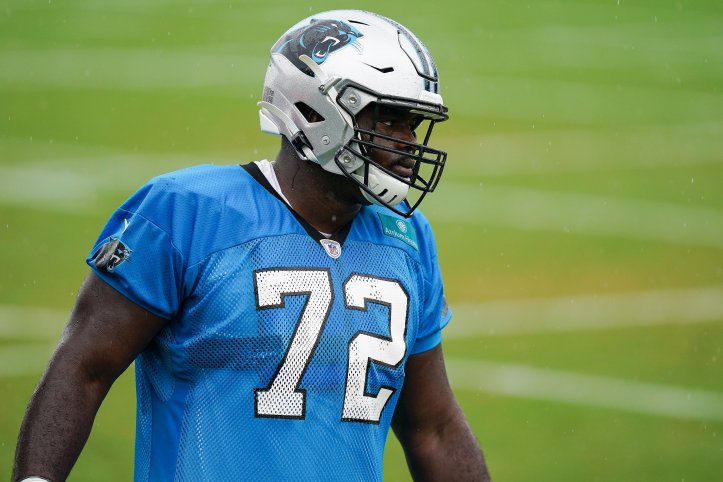 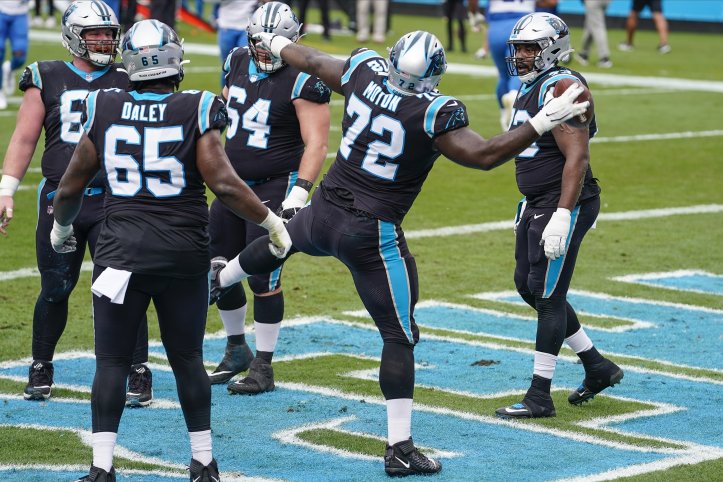 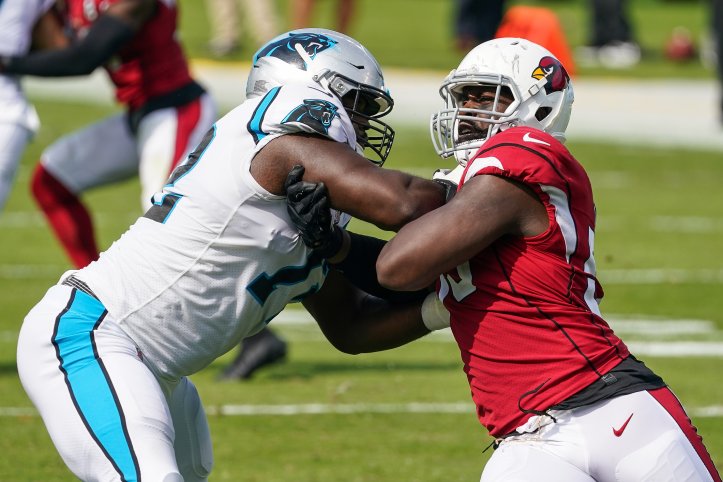