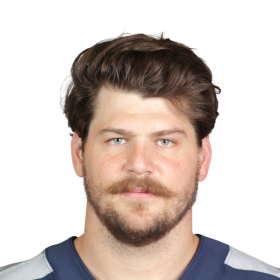 • Bussin' With the Boys (Podcast)

Our belief in transparency, accountability, and efficiency means that we work hard to maintain low administrative and fundraising costs in order to fund more research for childhood cancer.

Taylor Lewan was born July 22, 1991, in Loomis, California. He is an offensive tackle in the NFL. Lewan enrolled at the University of Michigan, where he majored in general studies and redshirted his freshman year. Although Lewan did not play in the 2010 season opener, he appeared in 11 games, including nine as a starter, during the 2010 season. In 2010, he took over the starting left tackle role f...

Taylor Lewan was born July 22, 1991, in Loomis, California. He is an offensive tackle in the NFL. Lewan enrolled at the University of Michigan, where he majored in general studies and redshirted his freshman year. Although Lewan did not play in the 2...

Taylor Lewan was born July 22, 1991, in Loomis, California. He is an offensive tackle in the NFL. Lewan enrolled at the University of Michigan, where he majored in general studies and redshirted his freshman year. Although Lewan did not play in the 2010 season opener, he appeared in 11 games, including nine as a starter, during the 2010 season. In 2010, he took over the starting left tackle role from Mark Huyge in the fourth game versus Bowling Green. Michigan's offense displayed one of the top rushing attacks in the country, with quarterback Denard Robinson as the team's leading rusher behind protection by Lewan and fellow offensive linemen David Molk, Patrick Omameh, Steven Schilling, and Perry Dorrestein. However, Lewan also displayed a knack for ill-timed, drive-killing penalties, mostly for false starts and personal fouls. These were attributed to his youth and aggressive nature on the field. In the first quarter of the Purdue game, Lewan recovered a fumble and returned it for 11 yards. After the 2010 season, Lewan was named by CollegeFootballNews.com to its Freshman All-America second team. As a redshirt sophomore, Lewan was a starting offensive tackle for the Wolverines. After failing to draw a penalty in Michigan's early games, Lewan was praised for becoming a more intelligent player. He was Michigan's starting left tackle in the first seven games of the season and was named to Phil Steele's Midseason All-Big Ten second team. Following the 2011 Big Ten Conference football season, he earned second-team All-conference recognition. He was an honorable mention All-American selectee by the Pro Football Weekly. Prior to the 2012 season, Lewan was selected by the media as one of five Big Ten Offensive players to watch along with teammate Denard Robinson as voted by the media. Following the season, he was named the Big Ten Conference Offensive Lineman of the Year and named to the All-Big Ten first team by both the coaches and the media. Lewan was a 2012 College Football All-America Team selection by the Associated Press (1st team), ESPN (1st team), Walter Camp Football Foundation (1st team), Lindy's Sports (1st team), Sports Illustrated (1st team), CBSSports.com (2nd team), FoxSportsNext.com (Scout.com 2nd team), and Pro Football Weekly (honorable mention). CBSSports.com also named Lewan along with punter Will Hagerup to their All-Big Ten team. After the 2013 season, Lewan was named Big Ten Conference Offensive Lineman of the Year for the second season in a row. Lewan was selected by the Tennessee Titans as the eleventh pick of the first round of the 2014 NFL Draft. He signed a four-year $11.48 million fully guaranteed contract and a signing bonus of $6.67 million. In his rookie year in 2014, Lewan played in 11 games starting six of them due to injuries, he was named to the PFWA All-Rookie team. The Titans finished with a league-worst 2-14 record. Coming into the 2015 season, Lewan was named the Titans starting left tackle. He started in 15 games and allowed five sacks. The Titans finished with another league-worst record of 3-13.

In 2016, Lewan remained the starting left tackle, starting all 16 games and blocking for DeMarco Murray as he led the AFC in rushing yards and finished third in the league. On October 23, 2016, Lewan scored his first NFL touchdown on a 10-yard pass from Marcus Mariota in a 34-26 loss to the Indianapolis Colts. On November 13, 2016, Lewan was ejected during the first quarter in a 47-25 victory against the Green Bay Packers after pushing a referee during an altercation with defensive tackle Letroy Guion. He was selected to his first Pro Bowl for the 2016 season. The Titans finished with a 9-7 record. He was ranked 72nd by his fellow players on the NFL Top 100 Players of 2017. On April 25, 2017, the Titans picked up the fifth-year option on Lewan's rookie contract. Lewan started all 16 games in 2017 as the Titans finished with another 9-7 record. On December 19, 2017, Lewan was named to his second Pro Bowl. He was ranked 78th by his fellow players on the NFL Top 100 Players of 2018. In 2019, Lewan started all twelve of the Titan's remaining regular-season games, blocking for Derrick Henry as he won the league rushing yards title. The Titans finished 9-7 for the fourth consecutive year and qualified for the 2019-20 NFL playoffs, making it to their first AFC Championship Game since 2003 where they lost to eventual Super Bowl LIV champions Kansas City Chiefs. Lewan started all three of the Titans playoff games, blocking for Henry as he ran for almost 200 rushing yards in each of the first two games. Lewan started the first five games of the 2020 season. During a Week 6 overtime win over the Houston Texans, Lewan suffered a torn ACL and was placed on injured reserve on October 19, 2020.

On July 27, 2018, Lewan signed a five-year, $80 million contract extension with the Titans with $50 million guaranteed, making him the highest-paid offensive lineman in league history.

During a 27-20 Week 1 loss to the Miami Dolphins, Lewan suffered a concussion after a blindside hit by Andre Branch. Lewan missed the rest of the game and the next game against the Houston Texans. He returned from concussion protocol prior to Week 3 against the Jacksonville Jaguars. Branch was fined $10,026 for taunting following the hit. During a 13-12 Week 5 loss to the Buffalo Bills, Lewan left the game early due to a foot injury. He had an MRI but returned the next week against the Baltimore Ravens. On December 18, 2018, Lewan was selected to his third consecutive Pro Bowl. The Titans missed the playoffs due to a 33-17 loss to the Indianapolis Colts in Week 17, finishing with a 9-7 record for the third consecutive year. Lewan finished the 2018 season starting 15 out of 16 games. He was ranked 77th by his fellow players on the NFL Top 100 Players of 2019. 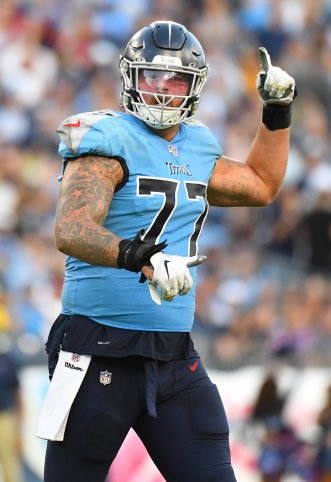 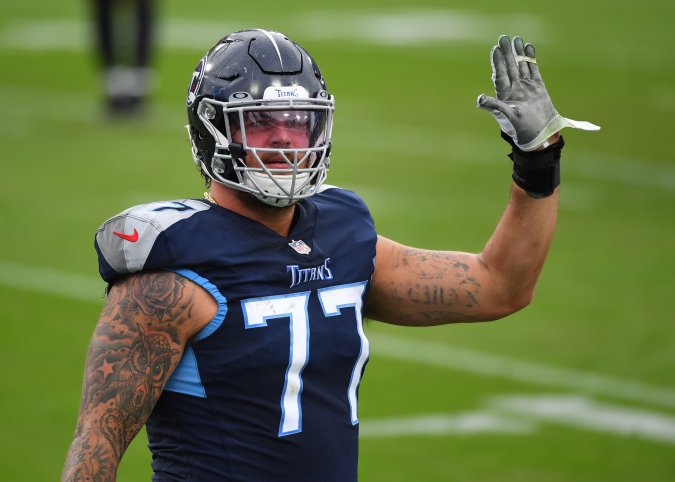 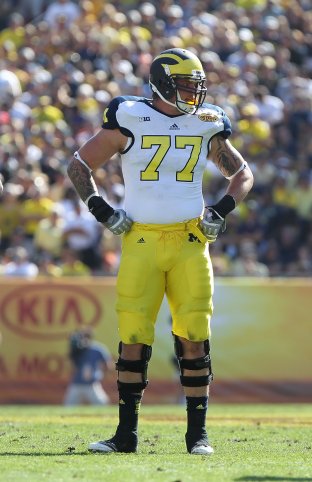 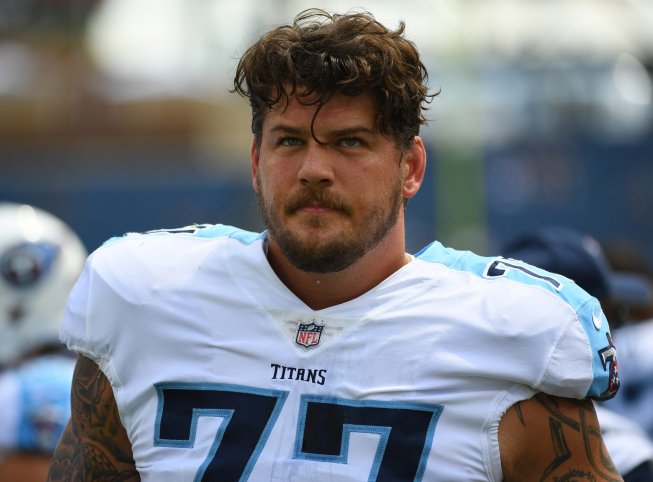 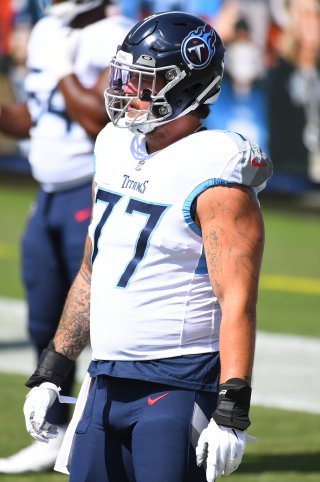 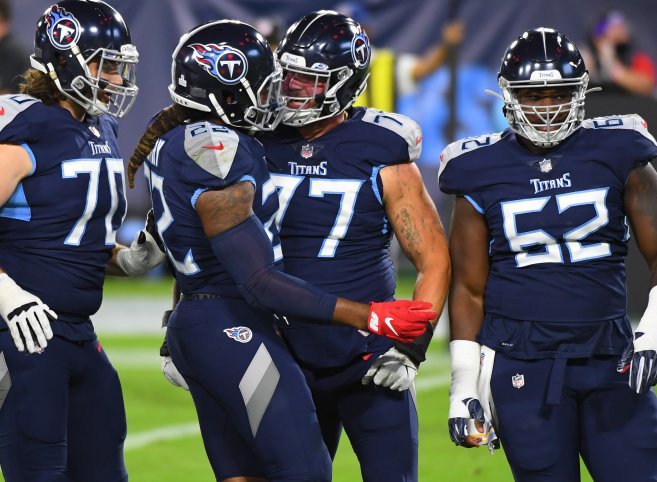 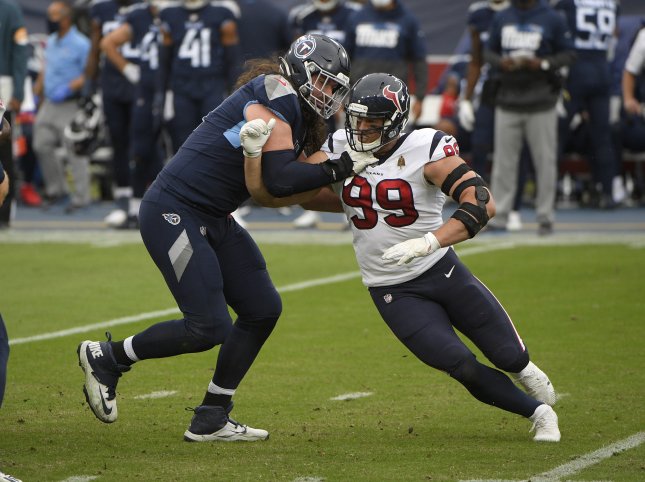 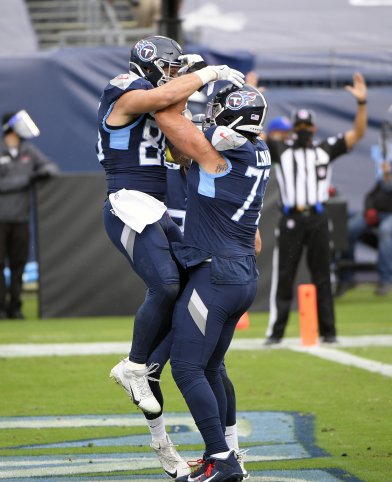 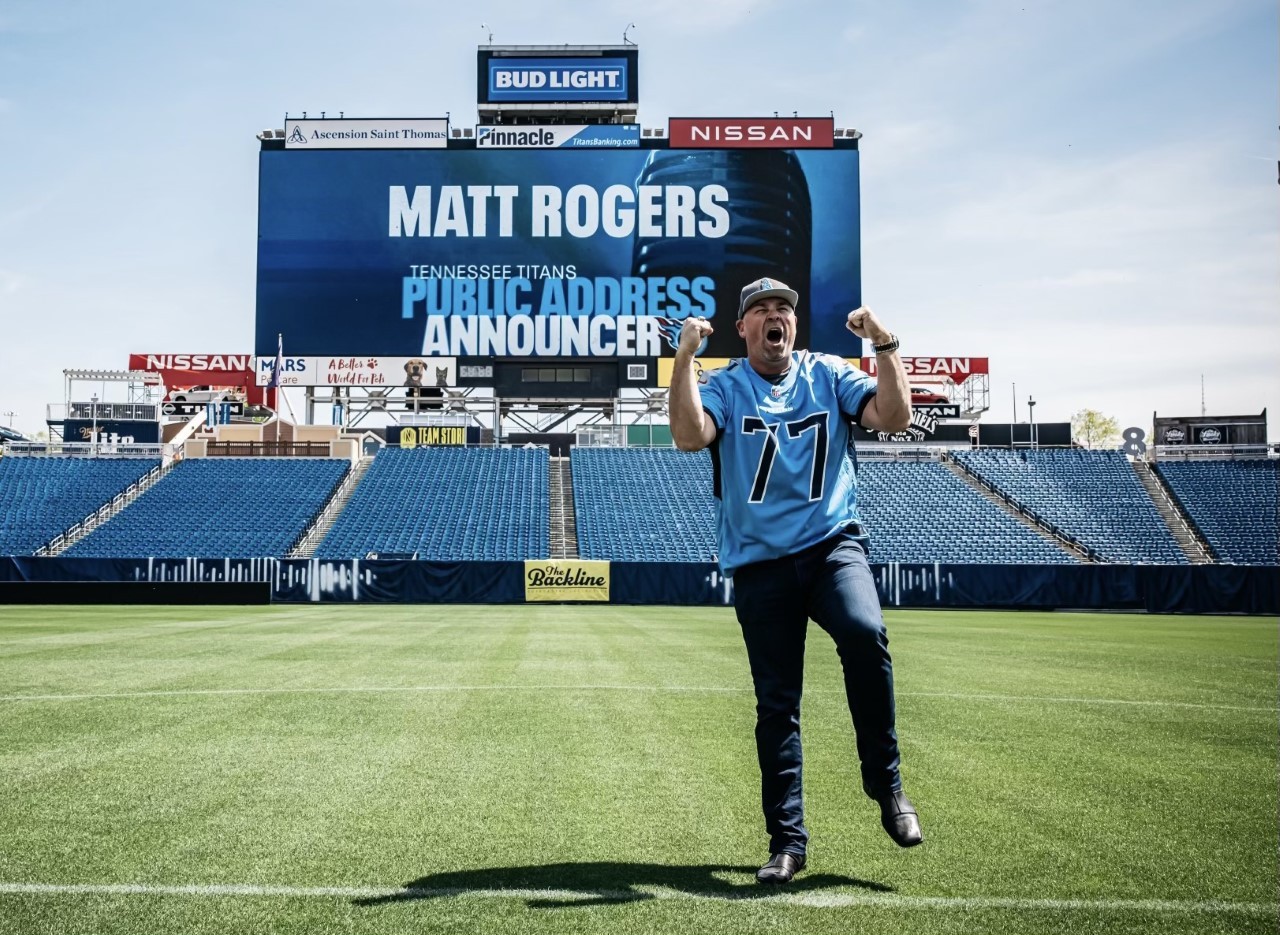 Matt Rogers’ enthusiasm is genuine and wide-reaching; something Titans fans will soon learn