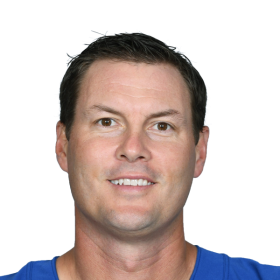 At JDRF, we're leading the fight against type 1 diabetes (T1D) by funding research, advocating for policies that accelerate access to new therapies, and providing a support network for millions of people around the world impacted by T1D.

We bring early-career scientists and donors together to fund research aimed to prevent, cure, and better care for those with T1D. All projects are reviewed by our 80+ Scientific Review Committee (SRC).

kNOT TODAY is dedicated to protecting the beauty and innocence of childhood from sexual abuse and exploitation.

get involved
Pledge It

get involved
Rivers of Hope

Rivers attended Athens High School where he wore the number 17 on his jersey in ninth grade. He wore 17 in honor of his father, who wore the same number in high school. Rivers committed to the University of North Carolina where as a freshman in 2000, he led NC State to an 8–4 record, including a ...

Rivers attended Athens High School where he wore the number 17 on his jersey in ninth grade. He wore 17 in honor of his father, who wore the same n...

Rivers attended Athens High School where he wore the number 17 on his jersey in ninth grade. He wore 17 in honor of his father, who wore the same number in high school. Rivers committed to the University of North Carolina where as a freshman in 2000, he led NC State to an 8–4 record, including a win against Minnesota in the MicronPC Bowl. He made his debut against Arkansas State. By the end of the season, Rivers passed for 3,054 yards and 25 touchdowns. He broke a half-dozen school passing marks, was ACC Rookie of the Week a record eight times, and earned honors as the conference Freshman of the Year. As a sophomore in 2001, Rivers threw for 2,586 yards and 16 touchdowns. His 65.2 percent completion mark led the Atlantic Coast Conference and earned him the MVP award for the second year in a row. In 2002, Rivers led the Wolfpack to victories in their first nine games making it the best start in the school's history. Rivers delivered an MVP performance in the most crucial game of the year in the Gator Bowl against North Dame, leading the Wolfpack to a dominating 28–6 win. As a senior in 2003, Rivers threw for 4,491 yards and 34 touchdowns in 12 games, capping his career as the most productive and durable quarterback in ACC history. He started 51 straight games and completed a conference record of 1,147 passes on 1,710 attempts, with 95 touchdowns during his four years in NC State. Rivers earned his fourth consecutive MVP award and was named ACC Player of the Year, ACC Athlete of the Year, in addition to being considered a Heisman candidate.

Philip Rivers was selected in the first round with the fourth overall pick by the New York Giants in the 2004 NFL Draft. He was traded to San Diego for quarterback Eli Manning. In August 2004, Rivers signed a six-year contract with the San Diego Chargers and was named as the third quarterback to start the season. He only saw action in two games and threw his first touchdown pass to fellow rookie Malcolm Floyd. In the 2005 season, Rivers was the backup quarterback of Drew Brees until Brees was released. After he was named the starter, Rivers was considered the second-best NFL quarterback under 25 years of age by Sports Illustrated. On September 11th, 2006, he made his first NFL start against the Oakland Raiders. He threw 8 out of 11 passes and a touchdown and after his first game, he led the NFL in QB rating with 133.9. On November 12th, 2006, Rivers had the best game of his short career and led the Chargers to an improbable comeback on the road against the Cincinnati Bengals. He threw for 337 yards and three touchdown passes, while LaDainian Tomlinson scored three of their four rushing touchdowns. San Diego outscored Cincinnati 42–13 in the second half, winning the game 49–41, matching the biggest comeback in 23 years for the Chargers. The following week against the Denver Broncos, the Chargers became the first team in NFL history to win back-to-back road games after trailing by 17 or more points and also the first team to win four straight when allowing at least 27 points in each game. His performance over the season led to his selection to the 2007 Pro Bowl.

Rivers has dominated every year he has played and has solidified himself as an elite NFL quarterback. He is an 8X Probowler and continues to lead his team to postseason appearances.  Rivers has the longest active starting streak in the NFL with 208 regular-season games, since his first career starts in 2006, tying Peyton Manning for the third-longest streak by a QB in history. He also finished the 2018 season with 118 career regular-season wins, tying Hall of Fame quarterback Johnny Unitas.

In his last season in the NFL, on March 21, 2020, Rivers signed a one-year, $25 million deal with the Indianapolis Colts. He brought his team to the AFC Wild Card playoffs and lost to the Buffalo Bills. He finished the 2020 season with 4,169 passing yards, 24 touchdowns, and 11 interceptions. On January 20, 2021, Rivers announced his retirement from the NFL after seventeen seasons, saying "It's just time. It's just right. 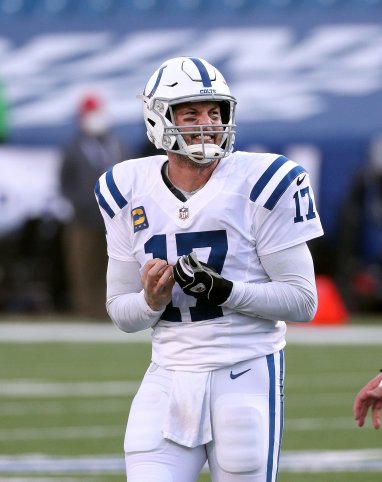 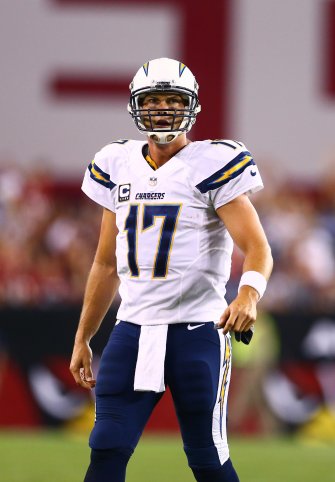 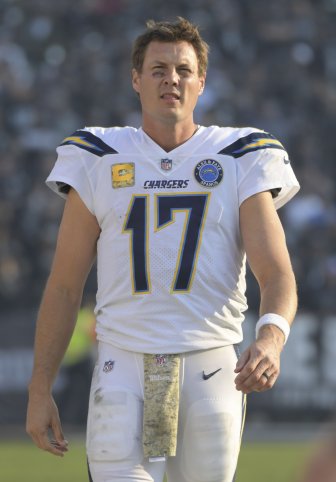 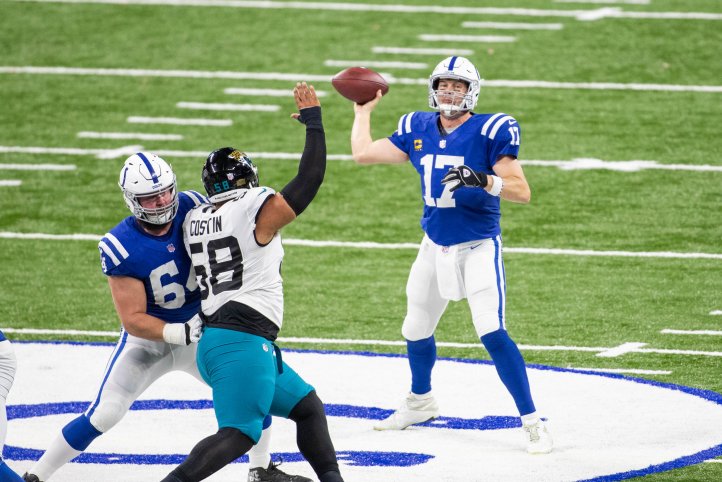 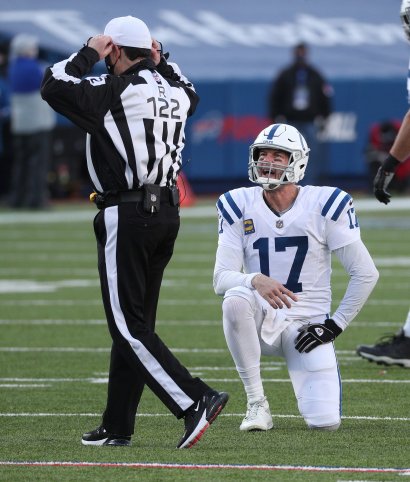 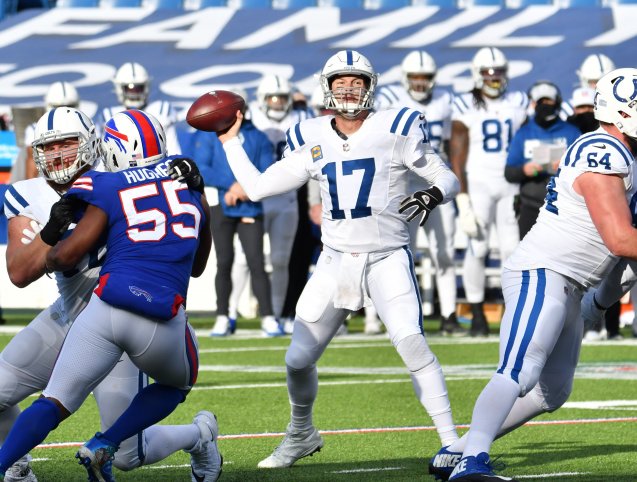 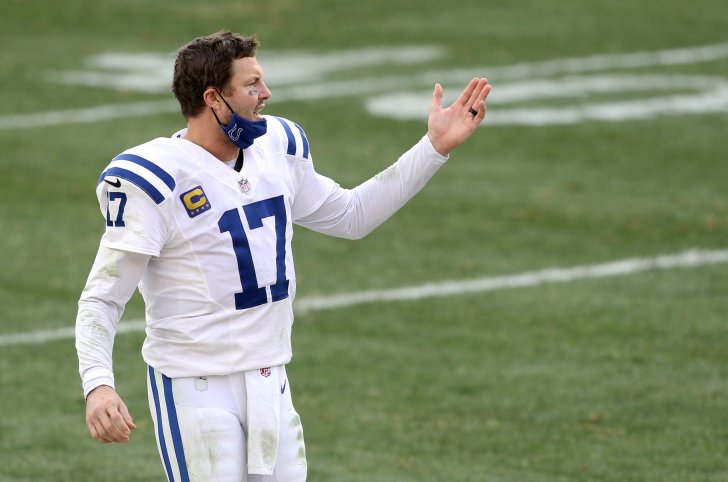