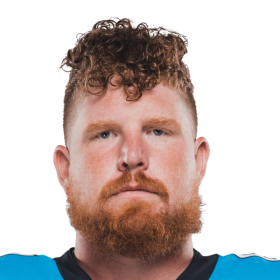 In High school, Paradis earned three varsity football letters, two basketball letters and four track and field letters. He was named the 1A Idaho High School Player of the Year in 2008, first-team all-state on both offense and defense in 2007 and first-team all-state at defensive line in 2006. As a senior, he recorded 79 tackles and 10 sacks in just eight games, as a junior, he recorded 107 tackles and seven sacks. Paradis was a member of the National Honor Society.

At his freshman year on 2009, Paradis redshirted and was named Defensive Scout Player of the Year, by 2010 he moved from defense to offense in his debut season with the Broncos. During his sophomore season on 2011, he was one of three Broncos to start at center in 2011. He appeared in eight games, starting his first-career game against Tulsa (Sept. 24). He was part of an offensive line unit that helped the Broncos finish the season ranked first-nationally in sacks allowed (0.62 per game). Boise State also finished ranked fifth-nationally in scoring offense (44.23), ninth in total offense (481.31), 11th in passing offense (309.38) and 40th in rushing offense (171.92).

At 2012 Paradis started each of the Broncos 13 games at center. He was named first-team All-Mountain West and part of an offensive line unit that ranked sixth-nationally in sacks allowed (0.77 per game). On 2013 he was named second-team All-Mountain West and started each of the Broncos 13 games at center during his final collegiate campaign, closing his career with 26-consecutive starts. He was a key contributor to an offense that ranked ninth-nationally in red zone offense (.906), 16th in scoring offense (38.8), 21st in first downs (299), 24th in total offense (470.8), 31st in passing offense (269.0) and 32nd in rushing offense (201.8). He was named Boise State Outstanding Offensive Lineman, and also named to the Fall 2013 Academic All-Mountain West Team. Paradis was named to the National Football Foundation Hampshire Honor Society.

He made his first career start and professional regular season debut in the Denver Broncos' season-opening 19–13 victory over the Baltimore Ravens in 2015. Paradis started all 16 regular season games and helped the Broncos attain a 12-4 record and finish atop the AFC West. Paradis played exceptionally well throughout his first season as a starter and was ranked the best center in the NFL in 2015 by Pro Football Focus and was also ranked the fourth overall center by the Bleacher Report. He allowed 29 quarterback pressures and received a pass blocking efficiency of 96.6 from Pro Football Focus. It ranked 19th among all centers in 2015.

After a stellar season in 2016, Paradis maintained his starting role to begin the regular season. He started all 16 regular season games and helped the Broncos finish 9-7. Paradis played 2,392 snaps out of a possible 2,402 snaps in 2016 and only allowed 17 quarterback pressures. Pro Football Focus gave Paradis a pass blocking efficiency of 97.9, which ranked 13th among all centers. He also received an overall grade of 90.7 from PFF that finished first among all centers.

Paradis missed organized team activities and the beginning of training camp after undergoing arthroscopic surgery on both his hips during the offseason. He returned to training camp after receiving medical clearance in July. Head coach Vance Joseph named Paradis the starting center to begin the regular season, ahead of Connor McGovern and Dillon Day. Paradis started all 16 regular season games for the third consecutive season. He earned an overall grade of 75.2 from Pro Football Focus in 2017.

On March 12, 2018, the Broncos placed a second-round restricted free agent tender on Paradis. He started the first nine games at center before suffering a fractured fibula in Week 9. He was placed on injured reserve on November 12, 2018. On March 14, 2019, Paradis signed a three-year, $27 million contract with the Carolina Panthers.