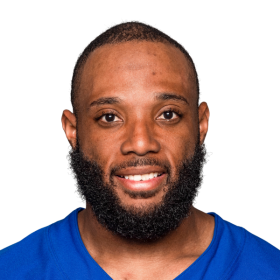 Breida played high school football at Nature Coast Technical (Brooksville, FL) HS, where he was the District Player of the Year and All-Hernando County Offensive Player of the Year in 2012. He majored in accounting at Georgia Southern, where he Appeared in 48 games (36 star...

Breida played high school football at Nature Coast Technical (Brooksville, FL) HS, where he was the District Player of the Y...

Breida played high school football at Nature Coast Technical (Brooksville, FL) HS, where he was the District Player of the Year and All-Hernando County Offensive Player of the Year in 2012. He majored in accounting at Georgia Southern, where he Appeared in 48 games (36 starts) during his four-year career. As a sophomore he started all 12 games and was named First-Team All Sun Belt.

Breida honors his parents, calling them the reason he is where he is today. Breida was adopted the day after he was born by Terri and Mike Breida. Both permanently disabled, Terri and Mike sacrificed to make sure Matt and his brother had the best life they could offer them. According to Breida, they gave him and his brother everything that they could to help them succeed, even with their limited resources. Adoption or not, Breida says that family is family, and he has seen them as his parents from day one.

As a senior in 2016, despite receiving consideration for multiple national athletic awards which included the watch list for both the Doak Walker Award and Maxwell Award, it was an award for what he does off the field that Breida felt most honored by. Breida was announced as a finalist for the 2016 Senior Class Award after making the Georgia Southern Eagles’ Honor Roll and being involved in the community by reading and speaking to local elementary schools in Statesboro, GA, as well as back home in Florida. Georgia Southern Head Coach Tyson Summers describes Breida as one of the best people he has ever been around. The 2016 Senior Class Award is given to a senior who has various notable achievements in four areas: community, classroom, character, and competition.

Breida signed with the San Francisco 49ers, one of numerous undrafted free agents, on May 4, 2017. Breida entered the 2017 season as the backup to Carlos Hyde in the 49ers' backfield. On September 10, 2017, in his NFL debut, Breida had four rushes for 11 yards in the season opening 23–3 home loss to the Carolina Panthers. In Week 8, against the Philadelphia Eagles, he recorded his first NFL touchdown, a 21-yard reception from quarterback C. J. Beathard. On November 12, against the New York Giants, he scored his first rushing touchdown in the 31–21 victory. In Week 16, against the Jacksonville Jaguars, he had a season-high 74 rushing yards and a 30-yard rushing touchdown in the 44–33 victory. In the season finale, which was a 34–13 victory over the Los Angeles Rams, he had 72 rushing yards and a 32-yard reception. Breida finished his rookie season with 465 rushing yards, two rushing touchdowns, 21 receptions, 180 receiving yards, and a receiving touchdown. This was third on the 6–10 team in yards-from-scrimmage, and 14th among NFL rookies.

For the 2018 season, Breida entered the season expecting to back up newly signed free agent Jerick McKinnon, but McKinnon tore his ACL prior to the start of the season thrusting him to compete for the starting role with Alfred Morris. Breida began the season as backup to Morris, but out-gained the veteran with 46 yards in the season opening loss to the Minnesota Vikings. He started for the first time in his career in Week 2 against the Detroit Lions, and finished with a career-high 138 rushing yards (which also led the NFL in Week 2) and a touchdown as the 49ers won 30–27. His 66-yard touchdown in the third quarter was second only to Colin Kaepernick's 90-yarder in 2014 for the longest run by a 49er since 2009. Frequently hampered by minor injuries, Breida split carries with veterans Morris and Raheem Mostert. Though he had 90 yards the following game against the Kansas City Chiefs, he averaged 11 carries for just 43 yards over the next six games, losing the NFL lead in yards per attempt to Detroit's Kerryon Johnson and Cleveland's Nick Chubb in Week 8. He rebounded with a 17-carry, 101-yard performance in a Week 10 loss to the New York Giants, and in his Week 11 return to the Tampa area, Breida recorded 106 yards on 14 rushes to move back to second in the NFL (behind Green Bay's Aaron Jones) with 5.8 yards-per-carry, and added 34 receiving yards.[29] In Week 13 against the Seattle Seahawks, Breida had three receptions for 51 yards, but only five rushes for six yards before suffering an injury, and missing the next game. He returned two weeks later again in the second divisional game against the Seattle Seahawks, and recorded 96 yards-from-scrimmage in the win. In Week 16, against the Chicago Bears, he had just four rushes for 20 yards before again suffering an ankle injury, which placed him on injured reserve for the rest of the season. Despite numerous health problems, Breida led the injury-plagued 4–12 49ers with 814 rushing yards and three rushing touchdowns, and was second on the team only to NFL-record-setter George Kittle with 1,075 yards-from-scrimmage. His 5.3 yards per attempt was fourth among qualified NFL rushers.

With continued complications in McKinnon's recovery, Breida entered the 2019 season as a co-starter with free agent acquisition Tevin Coleman. During Week 2 against the Cincinnati Bengals, Breida rushed for 121 yards on 12 carries in the 41-17 road victory. After a Week 4 bye, Breida rushed for 114 yards and an 83-yard touchdown on 11 carries in a 31-3 victory against the Cleveland Browns. He also caught three passes for 15 yards and a touchdown. He reached 22.30 mph on the 83-yard touchdown run, the fastest speed reached by a ball carrier on any play since the start of the previous season, making him responsible for two of the top three fastest speeds reached in that span (22.30 mph and 22.09 mph respectively). Late in the season, Breida was used less frequently as Raheem Mostert took over the second-string role. Breida finished the 2019 season with 623 rushing yards and a touchdown along with 19 receptions for 120 yards and a touchdown. He was fifth in the NFL with 5.1 yards per carry, his third consecutive season in the top 10. Despite not seeing much playing time in the playoffs, the 49ers reached Super Bowl LIV, but were defeated by the Kansas City Chiefs.

On March 17, 2020, the 49ers placed a second-round restricted free agent tender on Breida. He signed the contract on April 16, 2020. On April 25, 2020, during the 2020 NFL Draft, Breida was traded to the Miami Dolphins for a fifth-round pick, which the 49ers used to select West Virginia offensive lineman Colton McKivitz. Breida was placed on the reserve/COVID-19 list by the Dolphins on December 4, 2020, and activated on December 16. On March 29, 2021, Breida signed a one-year contract with the Buffalo Bills. 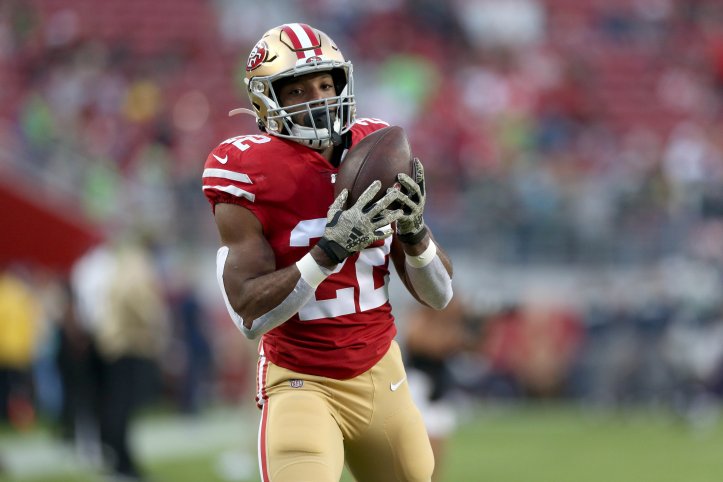 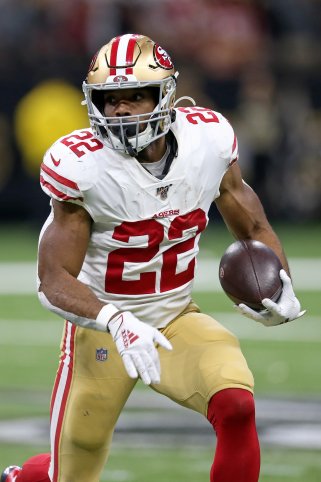 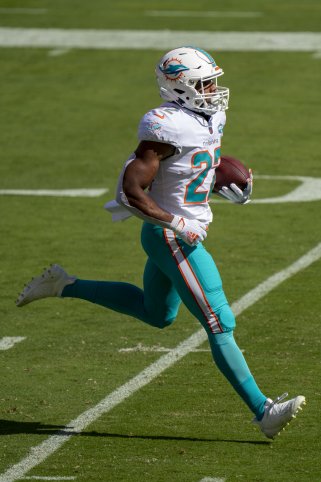 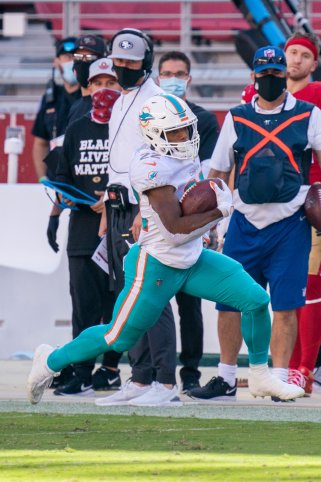 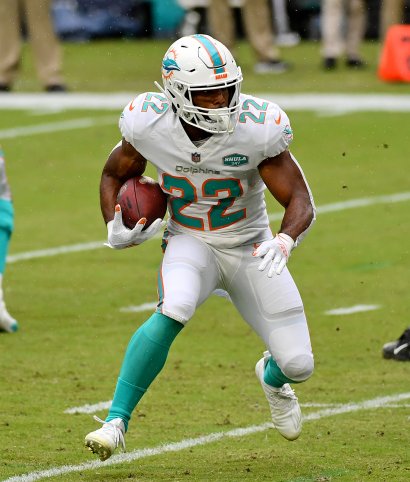