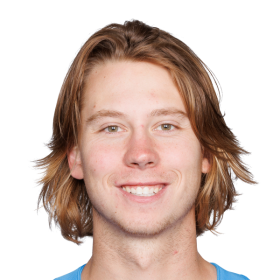 Scott was a true freshman who easily won the startin...

J.K. Scott was one of the nation’s top-rated punting prospects in high school who was also an excellent placekicker. Scott rated as the No. 1 punter in the nation by Chris Sailer, who is regarded as one of the top private kicking coaches in the natio...

Scott was a true freshman who easily won the starting duties at punter and proved to be one of the nation’s best punters. He was named first team All-American by Sporting News, ESPN and USA Today. He was also a freshman All-American by Sporting News and the Football Writers Association of America. He dropped 31-of-55 (56.4 percent) punts inside the opponent’s 20-yard line, which was the best in the nation. He led the nation in punting with a 48.0 yards per punt average, was first team All-SEC (Associated Press and league coaches) and a finalist for the Ray Guy Award, which is given to the nation’s best punter.

Scott continued his consistent ways as the Tide punter his sophomore year. He averaged 44.2 yards per punt, a total he improved upon each week of the season in 2015, with a long of 59 yards. Scott forced 18 fair catches and pinned 25 of his punts inside the 20-yard line. Scott was named one of the UA coaching staff’s special teams players of the week for his efforts against Arkansas and Tennessee.

Scott was a vital part of Alabama’s success in 2016 helping the Crimson Tide consistently win the field position battle by flipping the field time after time. He was selected as a second team All-American by Walter Camp, the American Football Coaches Association and Sports Illustrated. He earned first team All-SEC honors from the conference coaches and the Associated Press. Scott averaged 47.2 yards per punt to rank third in the nation and second in the Southeastern Conference. He registered 25 punts of 50-plus yards. Scott was chosen as the SEC Special Teams Player of the Week for his games at Arkansas and LSU. He was named one of the UA coaching staff’s special teams players of the week for his performances against USC, Western Kentucky, Kent State, Arkansas, Tennessee, Texas A&M, LSU, Mississippi State, Chattanooga and Washington.

Scott was one of the top punters in the nation his senior year. Scott also assumed the kickoff duties for the Crimson Tide in 2017. Scott is the all-time UA record holder for career punting yards with 11,074 and attempts at 243. He also holds the Alabama record for career punting average at 45.6 yards per punt. Scott earned Second Team All-America honors from the AFCA, was selected as a First Team All-SEC honoree from the coaches while being named to the conference’s second team by the Associated Press. Scott had only five punts returned as a senior for 36 yards with two of the five returns going for no gain. Scott dropped 27 of his 54 boots inside the 20-yard line, with only four touchbacks and forced 27 fair catches on his punts for a 50.0 fair-catch percentage that finished near the top nationally.

Scott was selected by Green Bay with the second of three picks in the fifth round of the 2018 NFL Draft. 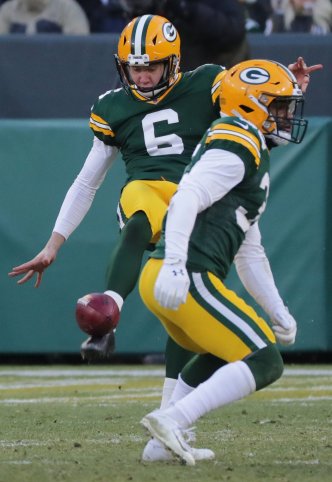 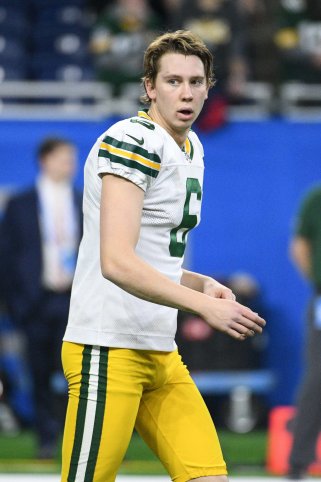